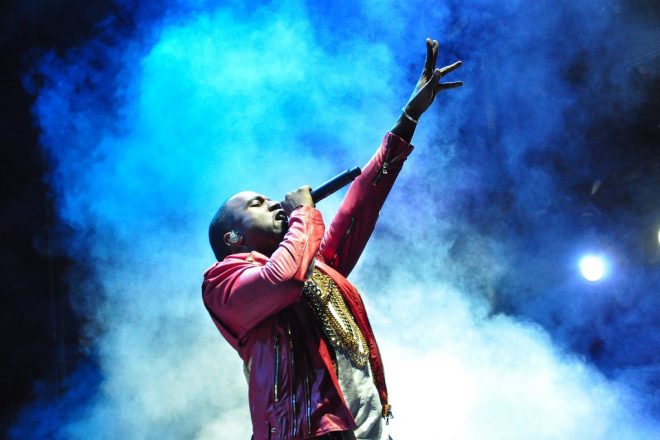 ‘DONDA’, which had previously been delayed multiple times, was finally released on Sunday, August 29.

The 27-track album, featuring Travis Scott, DaBaby, Marilyn Manson and a host of others, had been expected since last year, before being scrapped.

At 108 minutes long, 'DONDA' established a new record for first-day streams on Apple Music, with 60 million listens. West decided to censor all swearing in the final edition of the record.

Read this next: Kanye West has reportedly filed to change his name to YE

Many fans took to social media to express their disbelief that DaBaby and Manson had remained on the project, despite the formers homophobic comments and the latter's multiple pending sexual assault allegations.

Their track, 'Jail pt 2' was not initially available for streaming on release as DaBaby's management had not cleared the verse. The last listening party saw both artists taking the stage with Kanye.

When the album was released, Kanye claimed it had been uploaded without his permission. In an Instagram post, he said:

Other artists that feature on the project include The Weeknd, Jay Electronica, Kid Cudi, Lil Baby, and Pusha T.

Soulja Boy, who was set to appear on the album has called Kanye a "coward" for removing him with no explanation.

Speaking to TMZ, he said:

“You know for a fact that Kanye’s not going to let nobody release his album without his permission… you know, just say you fucked up and left [me] off the album,”

He continued: “As far as it comes to music man I’m always open to creating like it ain’t like, ‘Oh I ain’t gonna never work with Kanye again’, you know what I’m saying?”

The album has been chopped and changed a number of times, with different versions of the project being played at the listening parties while the album was being finalised.

'DONDA' has since seen mixed reviews, with many calling the project over-long and thematically difficult.