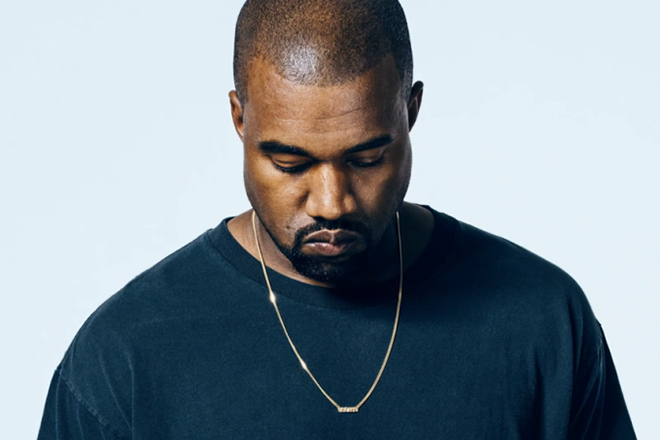 Kanye West fans returned to the Mercedes Benz Stadium in Atlanta for a second time last night, as the rapper hosted another listening party for his upcoming album, ‘Donda’.

Last night’s event comes after the first listening party that took place on July 22 at the same venue. 'Donda' was originally set to be released the next day, but it never surfaced.

The announcement of a second listening party at the stadium last night left many hopeful that the album would be released today.

Read this next: Kanye West is now worth $1.3bn

The event began with a livestream from Kanye’s sparse living quarters in the stadium - consisting of a bed, speakers, a computer, weights and some clothing.

During the stream the rapper could be seen sleeping, doing press-ups, and talking with others he’s working on the album with - including Steve Lacy, Flvio Foreign and more.

The listening party began later in the day, with Kanye appearing suspended in the air before slowly gliding down into the middle of the arena.

He was circled by a large crowd of people as the new album was played, with features from Playboi Carti, Jay-Z, Pop Smoke, Jay Electronica, Kid Cudi, Westside Gunn, Travis Scott and a host of other artists. 42,000 eager fans were in attendance.

Read this next: Kanye West raises $1 million for DMX's family

Kanye enlisted the help of extras for his second listening party - with the aim to make the event more visually immersive.

The live stream was also available around the world in a number of in-person locations - with London, Accra, Melbourne, Sao Paulo and a number of other countries making it onto the list.

Read this next: 'Vaccination parties' to take place in Berlin encouraging club-goers to get jabbed

Vaccinations were also offered to concert-goers, with Mercedes Benz Stadium tweeting ahead of the event: "We are offering Pfizer vaccines to fans attending tonight's listening party. Vaccines will be offered in sections 340-347 until 9:30PM."

Find some snippets and images from the listening party below.

I can’t get over Kanye being suspended midair #Donda pic.twitter.com/1UTdJHzLYM