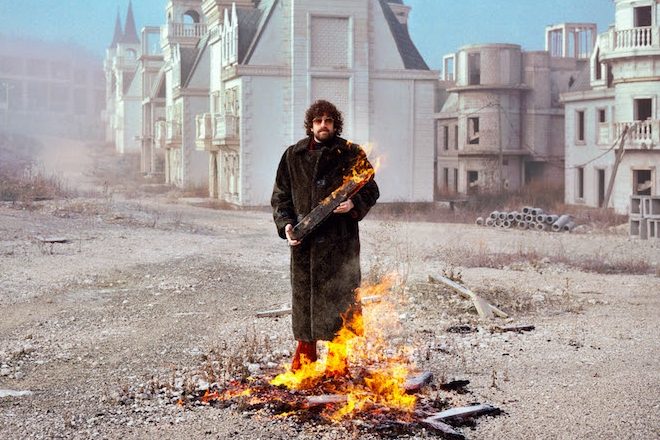 Gaspard Augé, one half of electronic duo Justice, has announced his debut record ‘Escapades’ and dropped a new single to go alongside it.

The album is set for release on June 25, marking the first solo full-length project from the French producer. Justice - who are signed to Ed Banger Records - haven’t released new music since 2018.

‘Hey!’ is a leap back into familiar Justice territory with an enormous orchestral feeling, a warranted return since the duo’s last project ‘Woman Worldwide’ which won the pair a GRAMMY Award in 2019.

The visual to accompany Augé’s new single has also been released, featuring a violin player riding a horse in signature Justice surrealism. The video was directed by Filip Nilsson in Turkey, with the new record co-produced by Victor le Manse, lauded for his previous work with the British group Metronomy.

“This is the first thing that came to my mind while recording the track,” states Augé, “a Mongolian horse rider playing the violin in the steppe, an epic ride with a far east feel. Filip Nilsson and the amazing rider Metin Yilmaz made that dream come true.”

The pair were recently in the spotlight after taking legal action against Justin Bieber who is accused of using Justice’s trademark ‘cross’ logo without their permission after the singer revealed his artwork for the new album ‘Justice’ back in March.

Watch the ‘Hey!’ video and check out the album tracklist below.