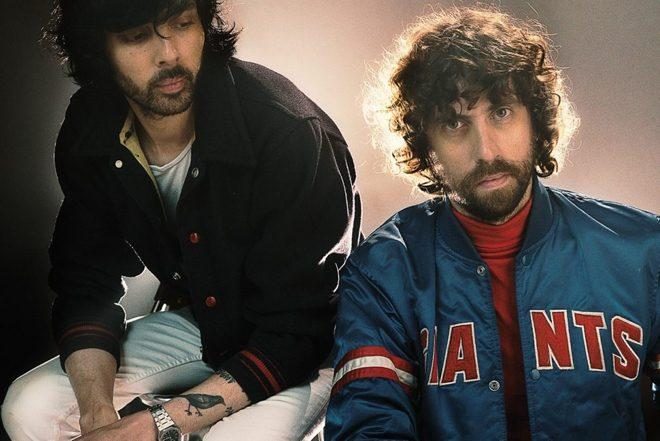 The band have sent a cease-and-desist to the singer over the artwork of his new album, 'Justice'.

Justice claim that Bieber has used their trademarked "cross" logo – which the band calls the Mark – without permission.

News of the unauthorised logo broke earlier this month when Bieber unveiled his album artwork bearing a logo that looks similar to Justice's. At the time Justice's management said Bieber's team had emailed them in May 2020 but a formal conversation had never taken place. Ed Banger made a wry Instagram post but now things have gotten more serious.

Speaking to Rolling Stone, Justice’s co-manager Tyler Goldberg said: “The morning Bieber announced his album, it was pretty tough to miss. Aside from seeing it all over the internet ourselves, we heard from hundreds of people throughout the day — industry people, Justice fans — and the Justice guys received a ton of messages, not only compelled to point out the similarities between the Justice Justin Bieber album, but confused. ‘Is this a Justice collaboration?'”

The band's other manager, John Scholz said: "There was attempts to set up the introduction, and it never happened. Given that we have received emails from them where a member of [Bieber’s] management team specifically attached the Justice logo and asked to connect with the Justice logo designer; they mentioned it was to work on a Justin Bieber project, they did not give us any details about it, no mention of an album called ‘Justice’ or a logo using the word ‘Justice.'”

The cease-and-desist aims to stop Justin Bieber using his 'Justice' logo on his album and merchandise as well as to recoup damages from the singer.

A letter sent by Justice's team reads: “Your use of the Mark is illegal. You have not received permission from Justice to utilize the Mark. Moreover, Bieber’s work is in no way affiliated with, supported by, or sponsored by Justice. Such use of the Mark is not only illegal, but likely to deceive and confuse consumers.”

“Not only was Bieber’s team actually aware of Justice’s use of the Mark, they sought to use the same artist to essentially duplicate it for the Album. This is textbook bad faith and willful infringement,” it also says.

Bieber's team has not yet responded to press requests for a statement.