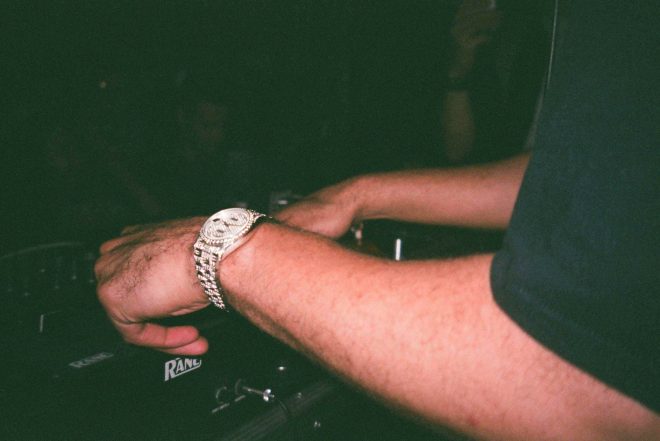 Last week it was announced that the Irish government was considering paying basic income to about 2,000 artists, musicians and other entertainers for the next three years.

The move is part of the Basic Income for the Arts project, a proposed pilot that will provide people working in creative industries with a weekly stipend.

Alongside this, the government also announced that there would be extra funding available to help the night-time economy, with help for venues and an emphasis on protecting the electronic music scene.

Read this next: Sunil Sharpe on Dublin's nightlife: "It's laughable what we have here"

All of this seems like a pretty positive move to protect nightlife - however DJs, clubs, promoters and others involved in the Irish music scene disagree.

Many have claimed that this news felt like a slap in the face by the government, especially after the backtrack of easing COVID restrictions in October.

Speaking to the team of Catherine Martin, the minister responsible for the proposed changes to help the music and nightlife sector, Mixmag learned that they wanted to seek "seek practical solutions to the various obstacles" as they needed to "need to embrace the dance and electronic music sectors which have felt excluded from the current arts and culture environment".

Read this next: One-third of music industry jobs have been lost due to the pandemic, study finds

A spokesperson said: “The Night-time Economy is a hugely important sector, contributing to our economy and our cultural and creative sectors and it is important that we protect, support and sustain it, particularly as we emerge out of this pandemic and we start to think about how and where we socialise and how we plan our city and town centres.

“The proposed scheme which currently remains under development will seek to open more opportunities for local artists and performers, such as music artists and DJ’s, by providing them with paying gigs and ready-made venues".

However, DJs, such as Aidan Thompson a resident at party Bella Festa in Dublin, have been quick to voice their pessimism about these proposals.

He explained to Mixmag that what should have been met with open arms is being treated almost “standoff-ish” by musicians and artists and greeted with a “believe it when we see it” attitude from the majority of people involved in the industries.

"In my opinion, I would like it to go ahead, however, I’m sceptical about who they’ll deem “eligible” for it.

"Due to COVID, I’ve missed out on a lot of income with a severe cut in gigs, I’m one of the lucky members of the industry who plays some sets in bars and earlier shows because of the music I play, but I still have to work two jobs now to help me fund college fees and the cost of living here in Dublin."

"Judging from stories from my friends I probably won’t be eligible and instead, the people making large amounts from sales and tours anyway will be those who receive the payment, which I sincerely hope is not the case."

"It should be in place for the person whose 2 gigs a week help them pay their rent, feed their kids etc."

A DJ from County Wexford, who would prefer to remain anonymous, shared their own struggle with guaranteeing help from the government: "I was on Pandemic Unemployment Payment (PUP) from April 2020 - Oct 2021. I signed off immediately once clubs reopened and I was back working."

"Three weeks later the majority of my gigs were cancelled due to the midnight curfew. Two weeks after that everything was cancelled due to full lockdown. I reapplied for the PUP as all sources of income have gone. However, I was denied it on the basis that my last gig was the weekend before full restrictions came in.

"Hence, I stopped working before the clubs closed meaning I wasn't affected by the closure and was not eligible - even though I had several gigs scheduled throughout December and January."

"Having to hand-write a letter to the Wexford appeals council explaining that I've been wrongfully refused, I was told it would take up to eight weeks for my appeal to even hit the system and up to 20 weeks for me to be granted PUP, on the basis that they approve my appeal."

"Luckily after a ton of emails and phone calls, I was finally granted to pup after 3 weeks. However, had I not been so persistent that I was rightly entitled to this payment, I would still be sitting at home with absolutely zero income or support."

Thompson's comments about the arts being left behind were echoed by DART, who passionately tweeted under a Mixmag article about the news.

I hope I’m wrong but this is just a pure spoof. Nothing but false promises is all the arts ever receive from our incompetent government. They’re the ones that destroyed this industry and they don’t give a rats. Handing out scraps for a big PR stunt😴 https://t.co/l4ZNzTmIUO

Another Irish artist commented on the article “all talk and no walk, unfortunately”.

Read this next: Dublin's club scene is firing again after years of closure

Speaking to Mixmag DART said: "The Irish government has let the nighttime and hospitality sector down time after time.

"To see the article receiving such positive comments and making Ireland look like a progressive country for the arts when in reality it’s the furthest thing from that.

"For years they’ve left us in the dark, closed our clubs and replaced them hotels... District 8, Hangar, POD are three iconic clubs that they’ve closed down to make way for tourism. They basically don’t care about culture unless it’s temple bar, Guinness, or St Paddy’s day.

"Most of my friends packed up and went to London, Berlin etc. There’s almost a feeling that you have to leave this country to progress in your career. It shouldn’t be like that. I fear that these promises by minster Martin will also not amount to anything."

Over the summer the Irish government announced that festivals were unsafe - ahead of one of the country's biggest - Electric Picnic, current Tánaiste Leo Varadkar was pictured attending a festival in London that weekend.

Thompson also said that it was "unfair" that sporting events were permitted to take place as tens of thousands of people were allowed to go to Croke Park to attend a sporting tournament final while the clubs were closed and theatres had limited capacity.

The overall response from DJs and artists appears to be one of frustration - after months of waiting and prioritising health, they are upset that they are being left behind and feel like a mere "afterthought".

Sunil Sharpe, a DJ and producer who presides over the Give Us This Night campaign that works to even the playing field for electronic artists in Ireland, told us the pilot scheme had "already been in the works" before the pandemic.

"It's important to remember that the basic income pilot is a number of years in the making, long before COVID-19, which is primarily down to the work of the National Campaign For The Arts. I share the feelings out there about the Government's treatment of the night-time industry during the pandemic, but that is kind of a different topic."

He insists that although artists should be wary until the scheme is actually in place, the news of a commitment from the Irish government "should be welcomed."

"It's our hope that this initial pilot will include a fair number of electronic music artists, who will be able to focus more of their time on their craft."

Praxis Union, a union of artists across varying disciplines working together for fair wages and conditions, posted about their expectations of living wage bill on their Instagram page.

They urged the Irish government to not pick and choose who would receive the payments, and that it should be unconditional:

"The pilot scheme should be implemented as a regular, unconditional, income scheme for artists and creative arts workers. It should be considered a guaranteed payment to protect artists’ livelihoods and not an income payment made in exchange for consistent work."

"The primary objectives of the scheme should be to improve the living and working conditions of artists and creative arts workers... The Department should therefore perform research into the current state of these conditions in Ireland, which should be used to assess the success of the scheme."

It is still unclear how many artists will receive the payout and exactly when this will begin rolling out.