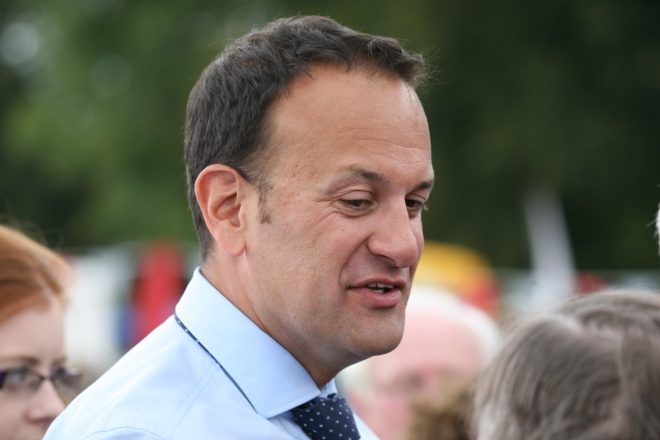 Ireland’s Tànaiste Leo Varadkar was spotted over the weekend at a festival in London after putting a holt on Ireland’s music and nightlife scene reopening.

The deputy leader is now facing criticism after attending Mighty Hoopla, a one-day event that took place in Brixton’s Brockwell Park on Saturday.

Varadkar travelled down to London for the festival, where people were asked to provide proof of a negative COVID test or double vaccination on entry.

Read this next: Nightclubs in Ireland set to reopen on October 22

A photo emerged on Twitter of the Tànaiste at the festival, captioned: “Interesting that Leo Varadkar has come to a festival in the UK today while failing to commit to a plan for the Irish entertainment industry.”

Festivals and concerts in Ireland are set to go ahead again from today, September 6. Nightclubs will remain closed until October 22.

Music industry figures have expressed frustration in the late reopening, particularly after thousands have lost jobs and faced financial difficulties through this period with little government support.

Mighty Hoopla took place on the same day that Laois’ Electric Picnic was set to go ahead, which was confirmed cancelled just days ago.

“As many of you are aware, we asked Laois County Council to reverse the decision on EP being cancelled this year. Unfortunately, they have not yet done so and we have now run out of time,” reads their official website.

Irish Music Industry Podcast’s Mark Graham posted his frustrations toward the Tànaiste on Twitter, saying: “Angry? Please let him and his colleagues who have crippled our entertainment industry know.”

On the weekend that Electric Picnic was meant to be on, here is @LeoVaradkar at the unsegregated full-on full capacity Might Hoopla Festival London. Entry with Covid passport or PCR test.

Angry? Please let him & his colleagues who have crippled our entertainment industry know pic.twitter.com/ioz3iCnZGM

A spokesperson for Varadkar responded to the criticism, stating that the Tànaiste had supported Electric Picnic in going ahead, and has helped to bring back live concerts in Ireland from today.

“The Tànaiste is currently in the UK on private time where such events are allowed. Festivals and concerts are permitted in Ireland from Monday. The Tànaiste is one of the strongest supporters of the events industry in Government,” they said.