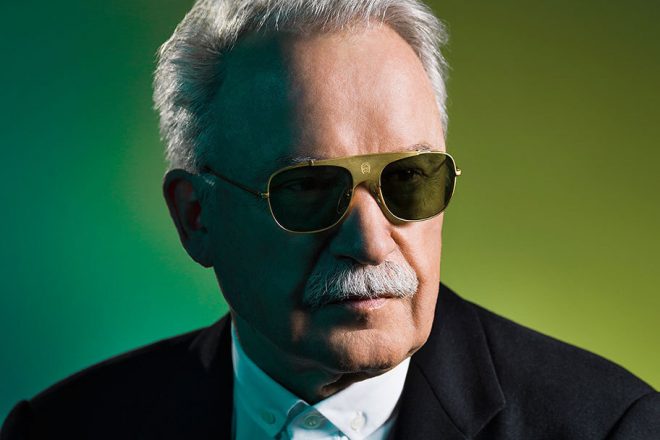 Ahead of his first-ever live tour, billed A Celebration of the 80s, disco pioneer Giorgio Moroder sat down with The Guardian to discuss his music's impact on clubbing culture, his abhorrence toward showy titles, analog versus digital sounds, healthy living and his surprising distaste for dancing.

The 79-year-old producer, who is responsible for creating essential dance music records such as Donna Summer's 1975 album 'Love To Love You Baby', kicks off the interview with a surprising disdain for his designation as "The Godfather of dance music".

An even more shocking scoop coming from Moroder is that he thinks his most famous work, the 1977 Donna Summer dancefloor supernova 'I Feel Love', is a track that is not fit for dancing. "You can’t dance to 'I Feel Love',” claims Moroder. "It’s not very good to dance to." He goes on to say that his productions 'Call Me' (Blondie) and 'Hot Stuff' (Donna Summer) are tracks that are better suited for the dancefloor.

“Can you dance to it?" Moroder asks reporter Nosheen Iqbal about the song in question. "I don’t even like dancing, but my wife dances quite well a lot. Maybe that’s why I make good club music – because I don’t go to clubs!”

With five decades of music industry experience under his belt - which has resulted in four Grammys, two Golden Globe awards and two Oscars - Moroder's emphatic and timeless studio approach continues to attract the attention of some of the biggest names in the music industry. After working with Daft Punk on their Grammy award-winning album 'Random Access Memories' Moroder soon found himself working with artists like David Guetta, Avicii, Lady Gaga, Britney Spears, Sia, Kylie Minogue and more.

“The quality of recording is just so good now,” says Moroder when discussing today's hottest new music. “I love digital, I was one of the first to use it; it’s clean. Some people say analogue has a sound that’s more human, but if you really want analogue sound you can have it in the computer too. And I still love dance songs and EDM – not everybody likes it, but I do. All those new guys, they work so hard, I don’t know how some of them handle it.”

Moroder goes on to commend the producers he has come to know for maintaining a certain degree of healthy living in order to pursue their music careers in the fullest. “I was talking to David Guetta recently – he doesn’t even drink coffee!" he exclaims. "Aoki has maybe one sake and he is exercising all day long. He does 150 shows a year, it’s mind-boggling – you can’t drink or be high if you’re working like that."

Giorgio Moroder's 15-date tour starts April 1 in Birmingham and will make stops in cities all across the UK in early April and will hit London, Glasgow and Manchester. The Celebration of the 80s tour will then make stops cross Europe in April and May, including Budapest, Milan and Paris.

When asked if he was nervous about his forthcoming tour - a production that has been a year in the making - he told The Guardian: “All my life I was backstage, in the studio, in the background, but nervous? Me? Not at all".

We voted Donna Summer's 1975 album 'Love To Love You Baby' - all tracks co-written by Moroder - as one of the 50 most influential dance music albums of all time. Check out the full list here