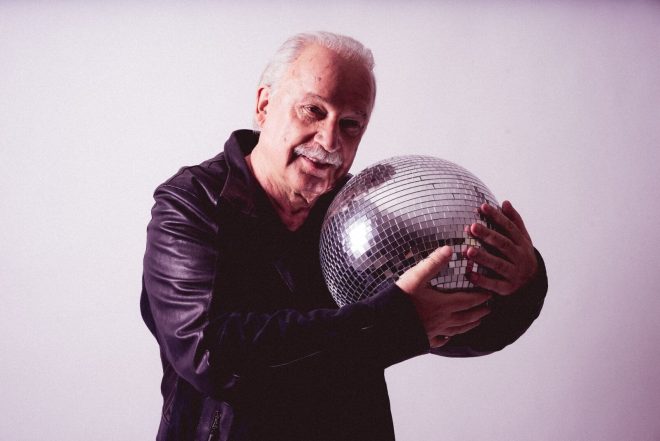 Giorgio Moroder has announced his first ever live tour, bill as A Celebration of the 80s.

The disco legend the producer behind Donna Summer's classic 'I Feel Love' will make stops in Birmingham, London, Glasgow, Manchester and Dublin between April 1 to 8 next year.

The 15-date tour will also see the multi Academy Award and Grammy Award winner make stops across Europe in April and May, including Budapest, MIlan and Paris. Check the full schedule here.

Explaining the decision to go on his first tour at the age of 78, Moroder said: "Back in the days it was unthinkable for producers to ever leave their studios. That territory was reserved for the singers. Today, DJs and music producers have become the superstars of popular dance music, so the time feels right".

Earlier this year we voted Donna Summer's 1975 album 'Love To Love You Baby' - all tracks co-written by Moroder - as one of the most influential dance music albums of all time.

Tickets will go on sale at 9am on Friday October 12. For more information, head to TicketMaster. 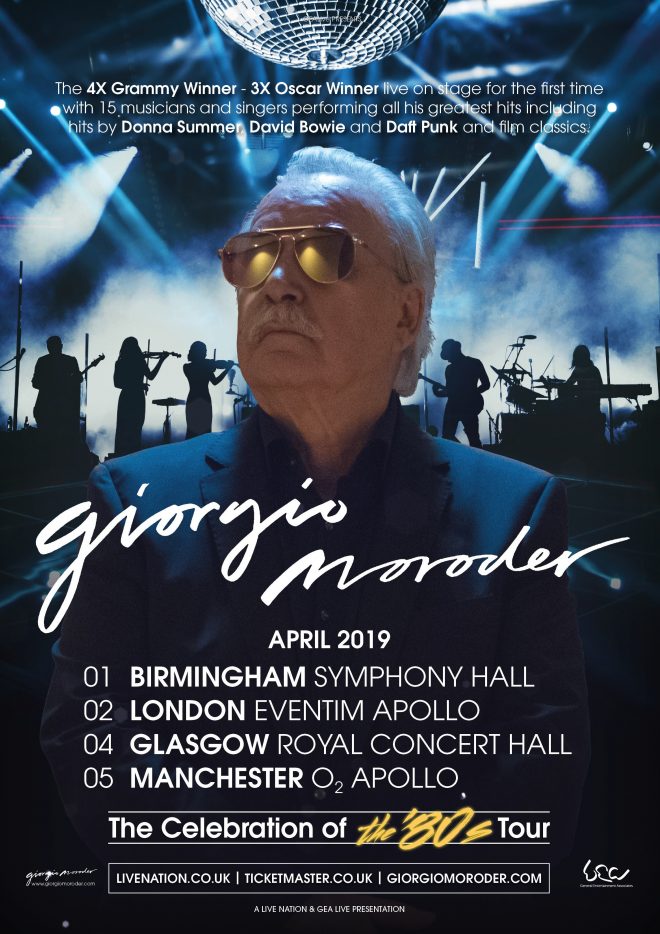