New book Daft Punk’s Discovery by Ben Cardew and published by Velocity Press is an homage to a fascinating, troubled beast of an album that casts a huge shadow over the 21st Century. It’s a global view of 'Discovery' as a cultural phenomenon, placing the album at the centre of celebrity culture, fan clubs, video, the music business etc., while also examining its profound musical impact. In the excerpt below, Cardew examines the Daft Punk's affinity with the US and its impact on their homeland reputation

"You can be the moon and still be jealous of the stars." - Gary Allan

Spend enough time in France - and I lived there for two years, from 1997 to 1998 and 1999 to 2000 - and you will realise what a complex relationship the country has with the United States of America. It's nothing so simple as love or hate; rather, it is a relationship of scorned lovers and former friends, an awkward kind of twisted, almost contradictory, affection.

Politically France and the US should perhaps be natural allies, as historical liberal democracies. In a 1965 interview, French president Charles De Gaulle - a man known for his tetchy relationship with the US - said France had been "America's staunchest ally". "Should the worst happen, should the freedom of the world come under threat, who would be the most obvious allies, if not France and the United States?" he added.

And yet, in political reality, France and the US are often at odds. In 2003 French president Jacques Chirac opposed the Iraq War, leading to restaurants across the US re-branding "French fries" as "freedom fries". More recently, Emmanuel Macron and Donald Trump disagreed strongly on issues such as climate change, leading to an impressively childish standoff over who had the toughest handshake when the two leaders met in 2017.

While no one is denying the significant political differences between France's preference for strong, centralised government and America's business-led individualism, from the outside much of the tension between France and the US can seem a little infantile, like two siblings who, deep down, admire the other's qualities but will be damned if they are going to admit it. For all that Americans delighted in eating their freedom fries, there is still a huge amount of respect for French food in the US; for all that French farmer José Bové was lauded for attacking a McDonald's restaurant in 1999, McDonald's serves an estimated 46 million people in France every week.

France and the US have a similarly antagonistic (if rather more one-sided) relationship over music. Ever since the jazz age, people in France have lapped up American music, however much some French patriots might pretend otherwise. Johnny Hallyday, perhaps the archetypal figure in French music, was known as the French Elvis, thanks to his quiff and early rock and roll style; and - as someone who endured his 2000 concert under the Tour Eiffel - I can say with some certainty that Hallyday's live show was more burger than baguette. Serge Gainsbourg, too, for all his love of Gallic wordplay, was never that far from a Ford Mustang or Harley Davidson reference in his songs.

Daft Punk employed a similarly Franco-American mix in their music. Foreign journalists are quick to break out the French clichés when profiling Daft Punk, noting at length their apparent French surliness and occasionally mangled use of the English language. But France itself doesn't necessarily see Daft Punk as a particularly French act.

On a very obvious level, the house and techno that Daft Punk produced are American styles of music. But both St. Germain and Motorbass before them gave these genres a sophisticated, distinctly French feel, in much the same way that Basement Jaxx gave house a British edge. Daft Punk, while certainly no prisoner to the American dance sound, always sounded notably more American than these three acts. (Thomas Bangalter, lest we forget, spent three weeks in New York in 1993 visiting night clubs, right at the start of Daft Punk.)

"Daft Punk's real core influences from house music came from America," says Roger Sanchez, a US house DJ and producer who toured with and remixed Daft Punk, "a lot of Chicago producers, they are really into the Chicago heads, [DJ] Sneak, they were into some really obscure guys that at the time were really creating a very dirty, proto-techno sound. And obviously, techno came from Detroit." 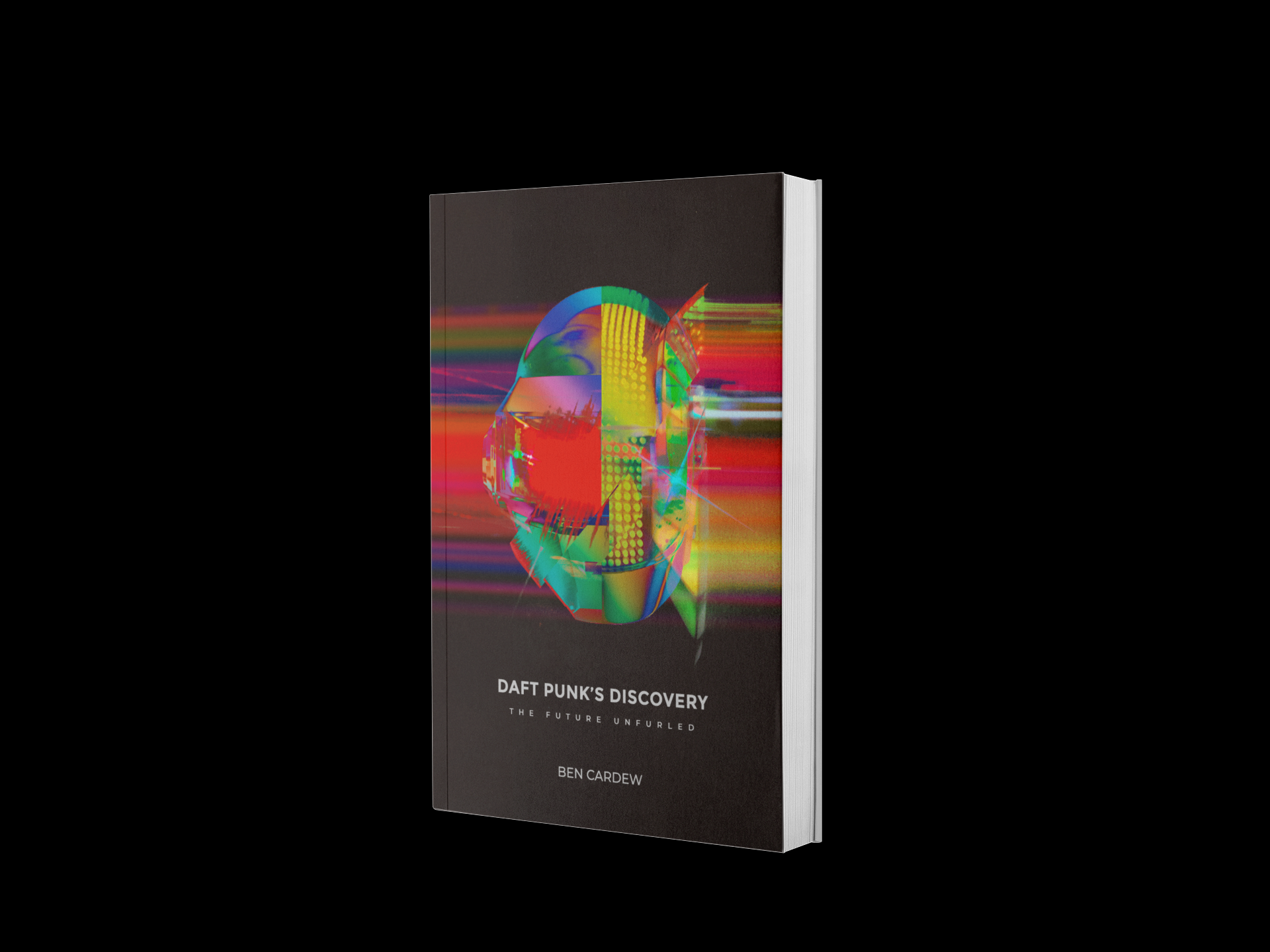 'Homework' had a pronounced air of Americana to its sleeve design, with its Chic record and satin tour jacket. But 'Discovery', of the duo's first three albums, was the most American of the bunch. All three guests on the albums are Americans, as are the album's four credited samples. Both Romanthony and Todd Edwards bring their American accents to 'Discovery''s production, and what could be more American than Van Halen, the band Daft Punk homage on 'Aerodynamic'?

Rock and roll is one of the archetypal American musics, the symbol of a 1950s Pax Americana idyll, and 'Discovery' is in thrall to it. "We always say that 'Homework' was to show to the rock fans that techno was cool," Bangalter told journalist Alexis Petridis in 2013 when he interviewed the band for Esquire magazine. "Discovery was to show to the techno purist thing that rock and soft rock was cool."

'Discovery''s lyrics, too, display a notable touch of Americana. The album's songs are in English, of course. But the imagery the band used seemed to reach out to a kind of mythical American dream. 'One More Time' and 'Too Long' speak of the importance of being free; 'Digital Love' mentions jamming and dancing; and 'Harder, Better, Faster, Stronger' sounds, on the face of it, like the essence of the American work ethic. By the time of the album's release, Daft Punk were spending more and more time in California as they worked on 'Discovery''s promotional plan.

Journalist Simon Reynolds says that 'Discovery' is a very Los Angeles album. "I assume they made it in Paris. But I feel like imaginatively, it is already in LA," he says. "I think that is where their ambitions lay: go to the heart of the dream factory, they wanted to do a movie. America, but specifically LA, is like their spiritual homeland. That conjunction of music, film, entertainment, fantasy, escape."

Daft Punk, Reynolds believes, were interested in the idea of "absolute blockbuster music". "'Random Access Memories' is the homage to this idea that the absolute biggest selling things are the most exciting things, a touch of magic in the world of kids," Reynolds explains. "Somehow, I imagine them dreaming of living in a pool-side party, in 1979, in the [Hollywood] hills."

For some French people, Daft Punk's Americanophilia is a little hard to take. The French are immensely proud of their language (as they should be) and protect it at all costs. Under a law introduced in 1994, French radio stations have to play a certain number of French language songs - initially 40%, reduced to 35% in 2016 - during peak hours.

"Language" is the keyword here: it's not enough for a song to be French; it has to be sung in French, so Daft Punk's music doesn't qualify. The aim of this law is to protect the French language and, by and large, it works: French hip hop is far more popular than US rap in France, for example.

As a result, some French people can be rather snooty about the success of Daft Punk. It's not that they don't like the band - they do, with Daft Punk's chart positions in France among their highest - it's just that some people, particularly within the French media, tend to wish their success had happened to someone else.

Daft Punk’s Discovery is on sale now via Velocity Press, buy it here 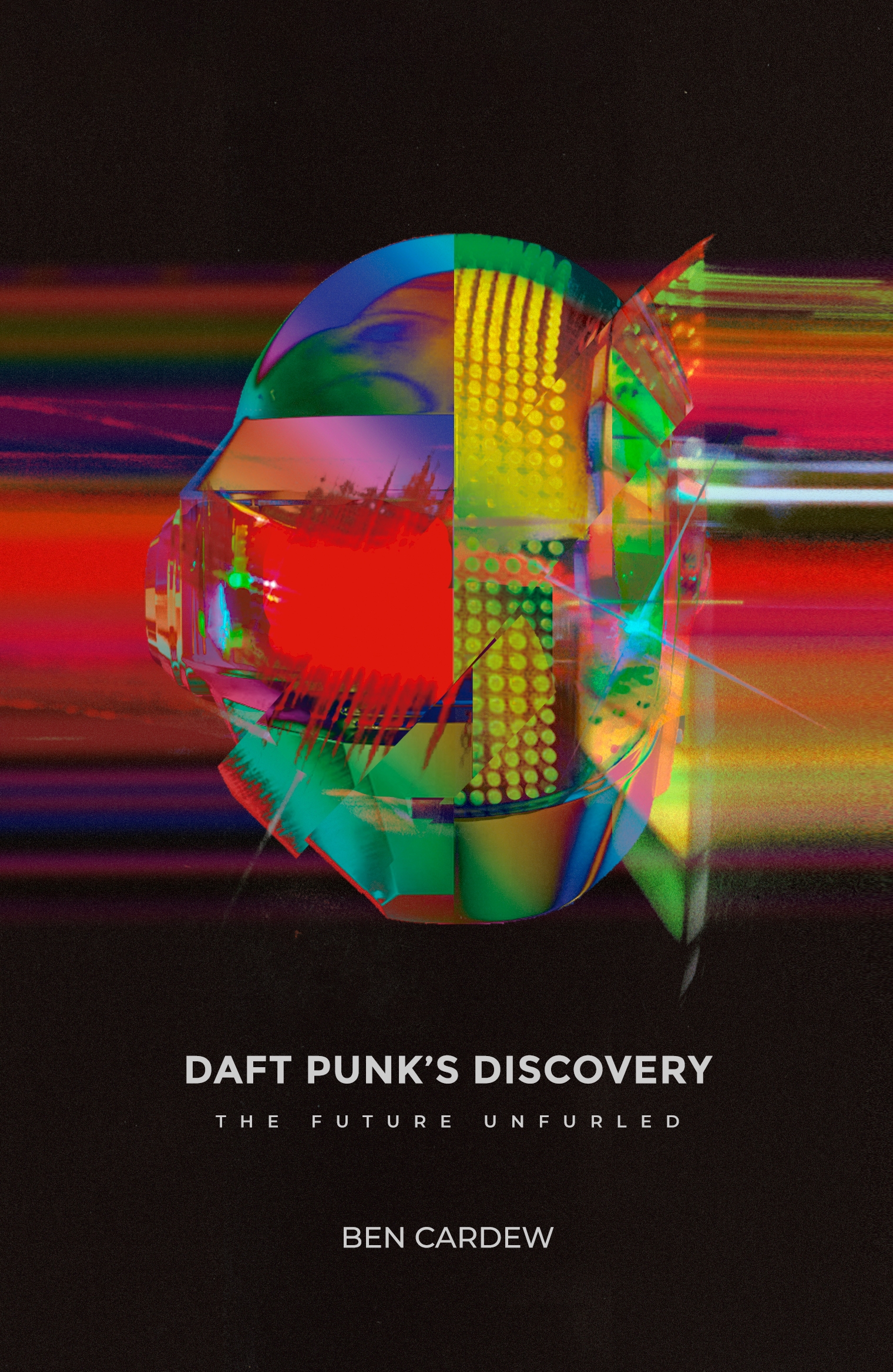