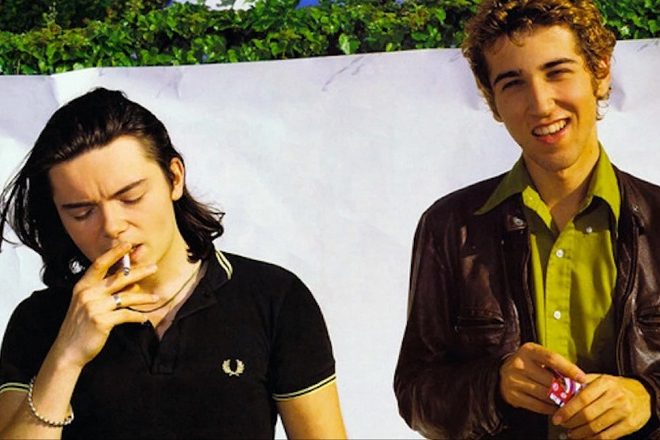 When news of Daft Punk’s split was revealed yesterday, the internet lit up with collective mourning and reminiscing over favourites from the robots’ mighty back catalogue.

The French duo’s debut ‘Homework’ remains heralded as one of their best releases, and one of the finest electronic music albums of all time too, featuring classics such as ‘Around The World’, ‘Teachers’ and ‘Da Funk’.

If you’ve ever wondered how Thomas Bangalter and Guy-Manuel De Honem-Christo made the masterpiece, an archival Japanese magazine article from 1999 shared on Reddit holds some of the clues.

It features photos of a pre-robot mask wearing Daft Punk (they were opting for frog and pig masks in this shoot) alongside a list of all the equipment they used to make ‘Homework’.

There’s also some quotes from Thomas Bangalter discussing their process alongside some handy diagrams.

He says: “In the first step when making music with hardware, it goes through the mixer and the compressor and is recorded on the DAT. After that, effects are put on the sound source before going into the mixer to be recorded. We don’t use the AUX on the mixer.

“The second step is directly putting the sounds from the DAT into the S-760 sampler and editing/cutting the two tracks into however many pieces, like hard disk recording.

“Lastly, we recorded it directly from the S-760 to the DAT. From here we do the rest with the Macintosh.”

Check out the article (bigger version here) and a full list of the gear featured below.