All aboard! The debut of Friendship proves that the love is alive at sea - Scene reports - Mixmag
Home Latest News Menu

Somewhere in the Bahamas aboard a cruise liner, 2manyDJs, Busy P and Boys Noize step into an elevator with a DJ rig on wheels. It sounds like the setup to a late aughts joke, but it’s December 2018, and the quartet are about to wreak madness upon a private suite onboard the inaugural voyage of Friendship.

They’ve been summoned to the 12th floor with a “Dial-A-DJ” card, a coveted piece of laminated paper allowing its wielder to call selectors of their choosing at a moment’s notice. Boys Noize kicks things off and gets to work on the decks before the elevator door even opens. As he runs alongside the mobile DJ booth to mix en route to the room, he’s joined by a group of eager onlookers that continues to grow in size.

What happens next is nothing short of biblical: spinning before a packed room of two dozen — including electro virtuoso Danny Daze and Friendship mastermind Gary Richards himself — the vinyl veterans tap into a well of sonic chaos that would floor even the most hardened of ravers. The iconic sounds of Cassius’ 'I Love You So' and Daft Punk’s 'Superheroes' blast between flashing lights and screams of disbelief as elbows are tossed and inflatable genitals bounce around the room. The party is re-situated outside the elevators once things grow too hot for the room, at which point Busy P begins tossing Ed Banger merchandise into the ravenous crowd. Not long after Boys Noize mixes bloghouse classics 'A Bit Patchy' and 'We Are Your Friends', Richards gets behind yet another set of turntables right around the corner and attracts yet more onlookers to the scene. 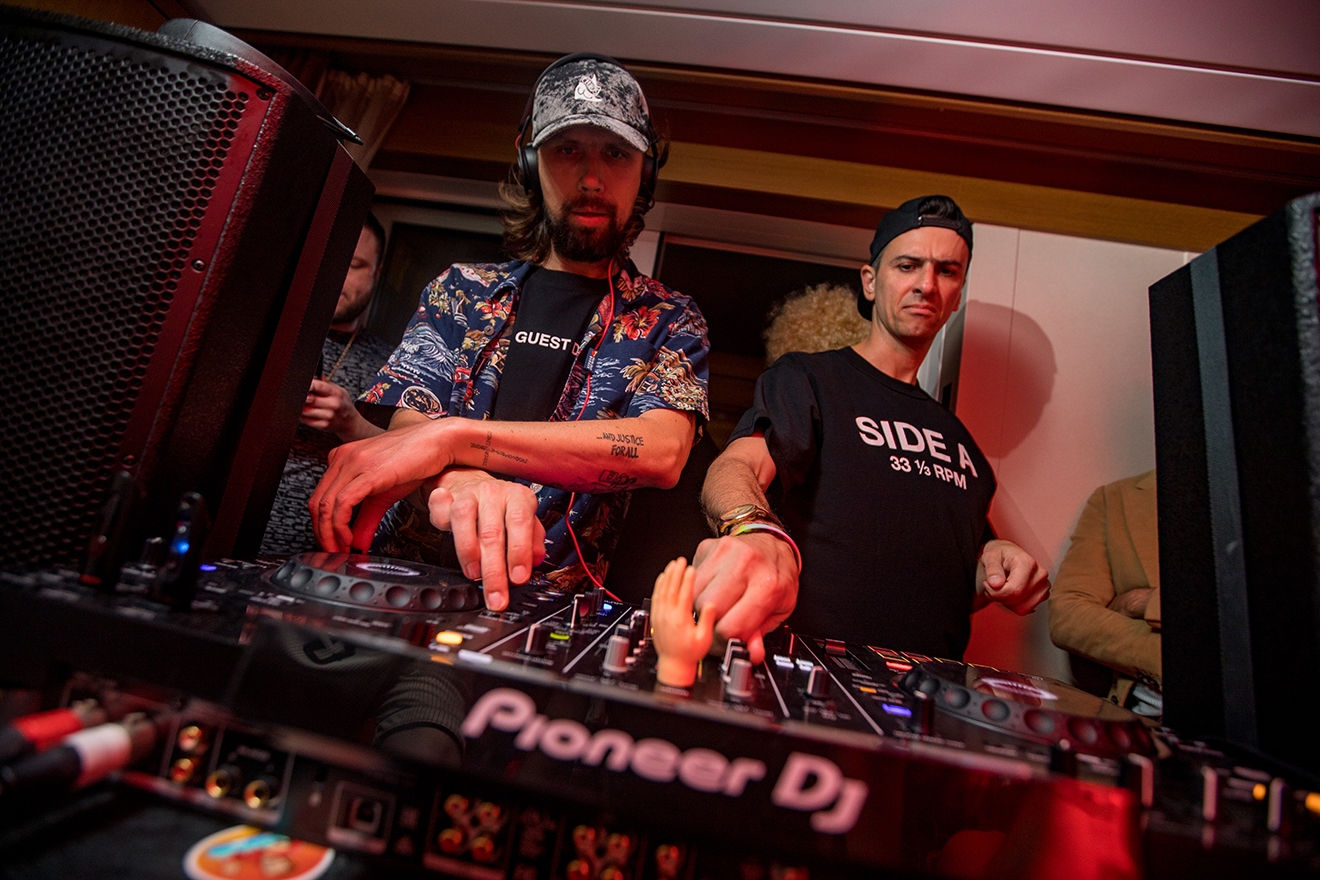 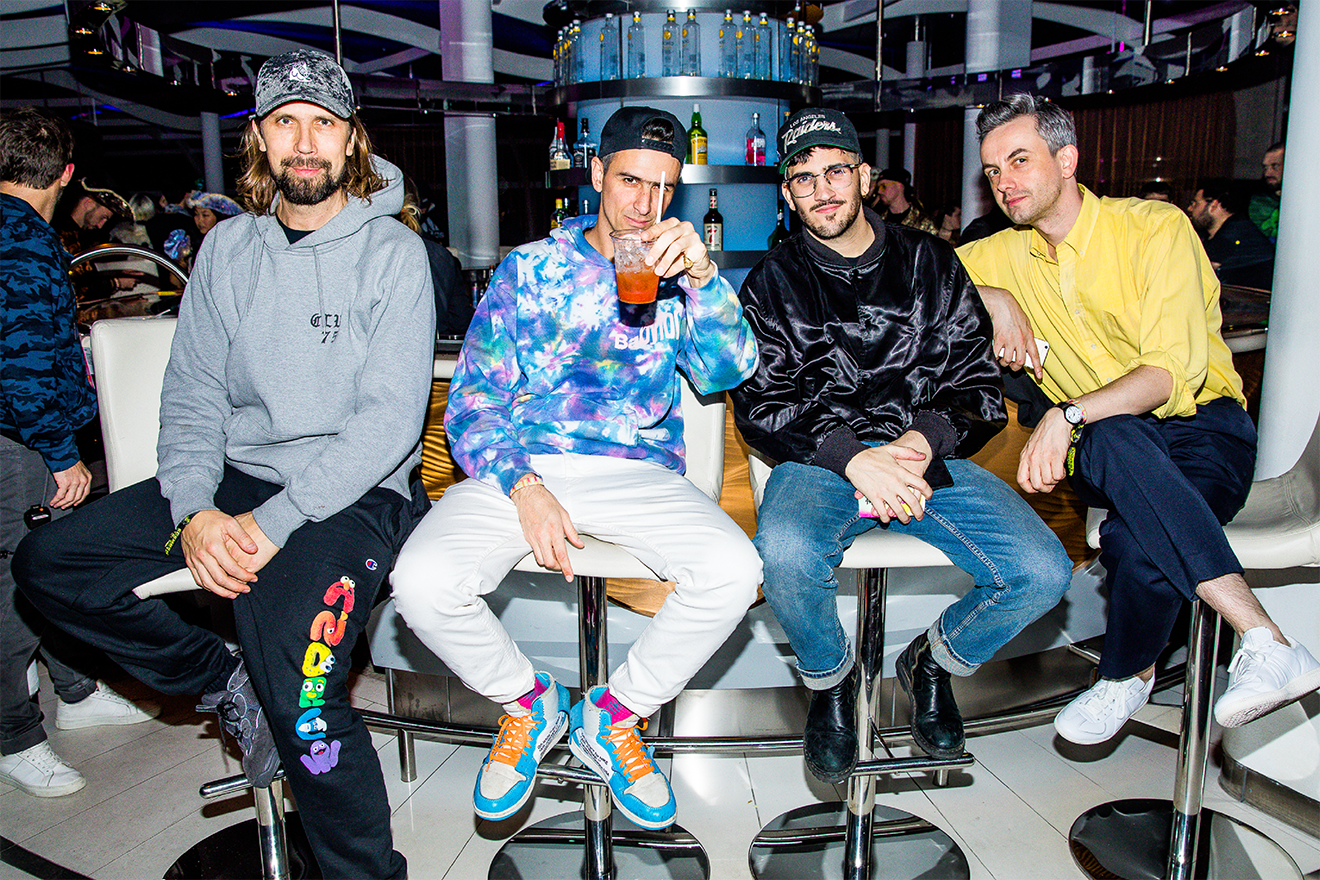 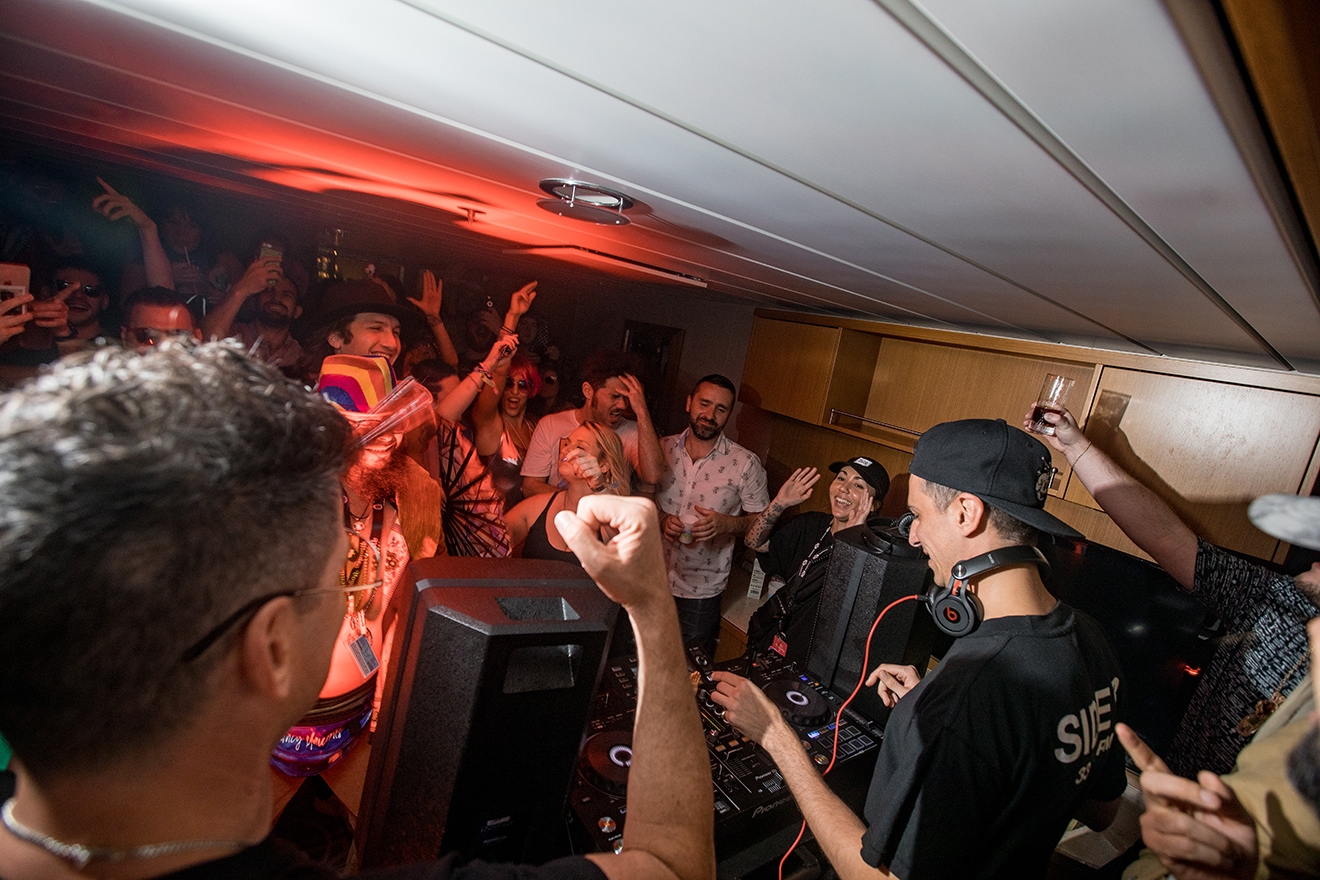 These sorts of once-in-a-lifetime moments were found all across Friendship, even if they didn’t always reach the same manic heights. As the first Richards-curated cruise since the HARD and Holy Ship founder left his own brands to join LiveStyle in 2017, questions swirled around Friendship up to the moment the Celebrity Equinox set sail from PortMiami: as a brand new venture, could it live up to the standards established by eleven preceding Holy Ships? Would the schism between devotees of the Holy Ship brand and the Gary Richards faithful prove insurmountable?

As it turns out, 3,000 shippers can’t be wrong. Seasoned Ship Fam and newcomers alike tell Mixmag Friendship was among the best musical gatherings they’d ever participated in, at sea or otherwise. 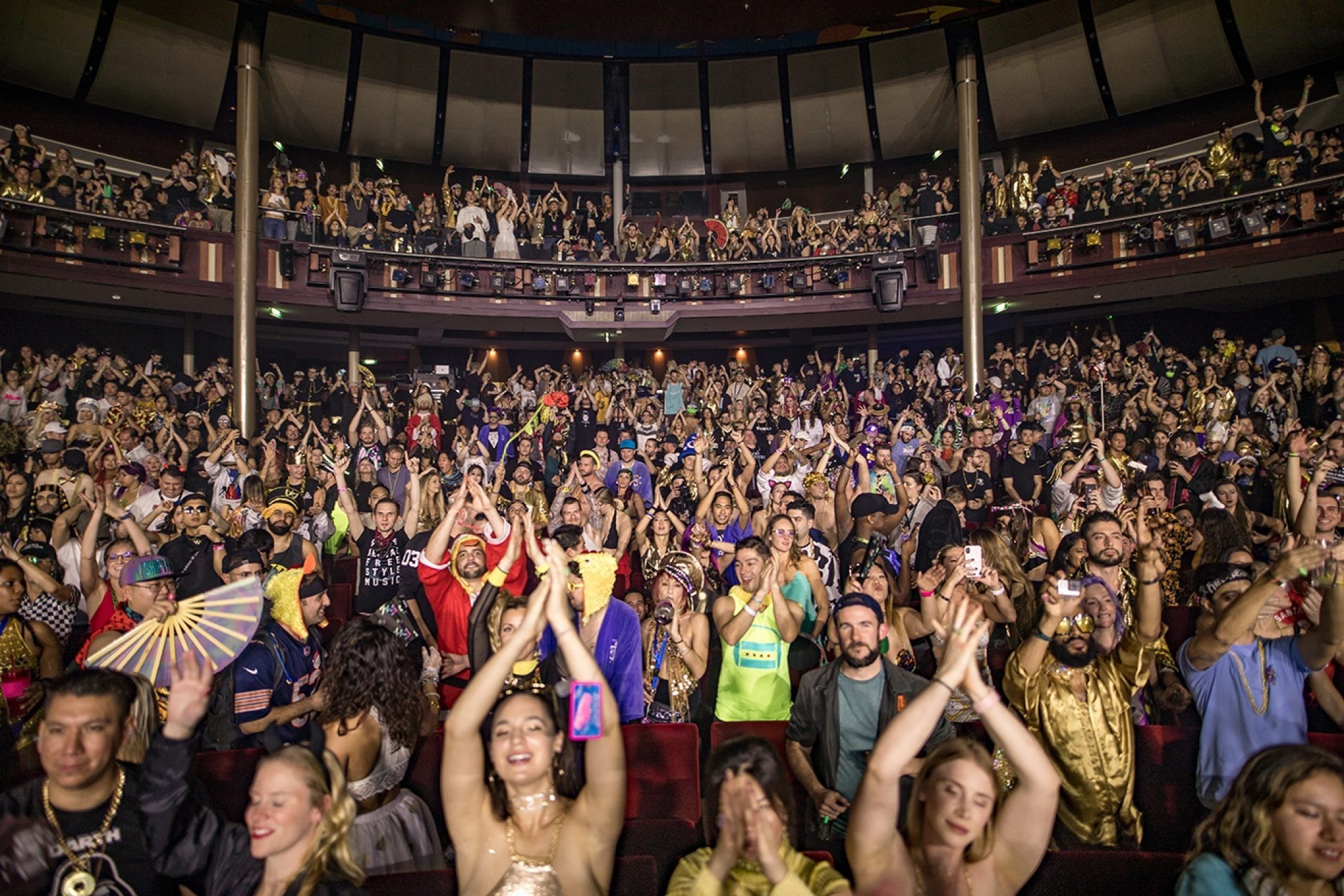 “I think a lot of people were a bit hesitant about whether or not we should change to something new,” says Andrew, who attended Holy Ship four times before opting for Richards’ new venture. The Seattle resident says he and his Friendship crew of almost 30 wrestled heavily with the choice of sticking with the familiar or leaping into the unknown.

“Holy Ship was something we knew well: we knew the lineup was going be great, we knew that the staff and all the organization would be phenomenal... But at the end of the day, we realized that Gary started it all originally. And with him starting up Friendship, we also saw this as a new opportunity to show our support for him as well,” he says before calling Friendship “the most phenomenal ship by far.”

“We have no regrets at all; of all five that I've been on this is definitely the best, mainly because of the people involved here,” he continues.

Although the lineup — sporting legends such as Giorgio Moroder and Josh Wink as well as Golf Clap and former Trash resident Rory Phillips among others — was alluring unto itself, the Friendship revelers Mixmag spoke with repeatedly emphasized it was the people who ultimately made the party. Michael Robrock, a San Diego denizen with three Holy Ships under his belt, says it’s the people that’ve kept him continually setting out to sea.

“The one thing I love about it the most is the small, intimate crowd,” Robrock says. “At a big festival you meet somebody and maybe you'll run into them again, whereas here you just keep running into everyone and it’s like ‘Oh, it's you!’” 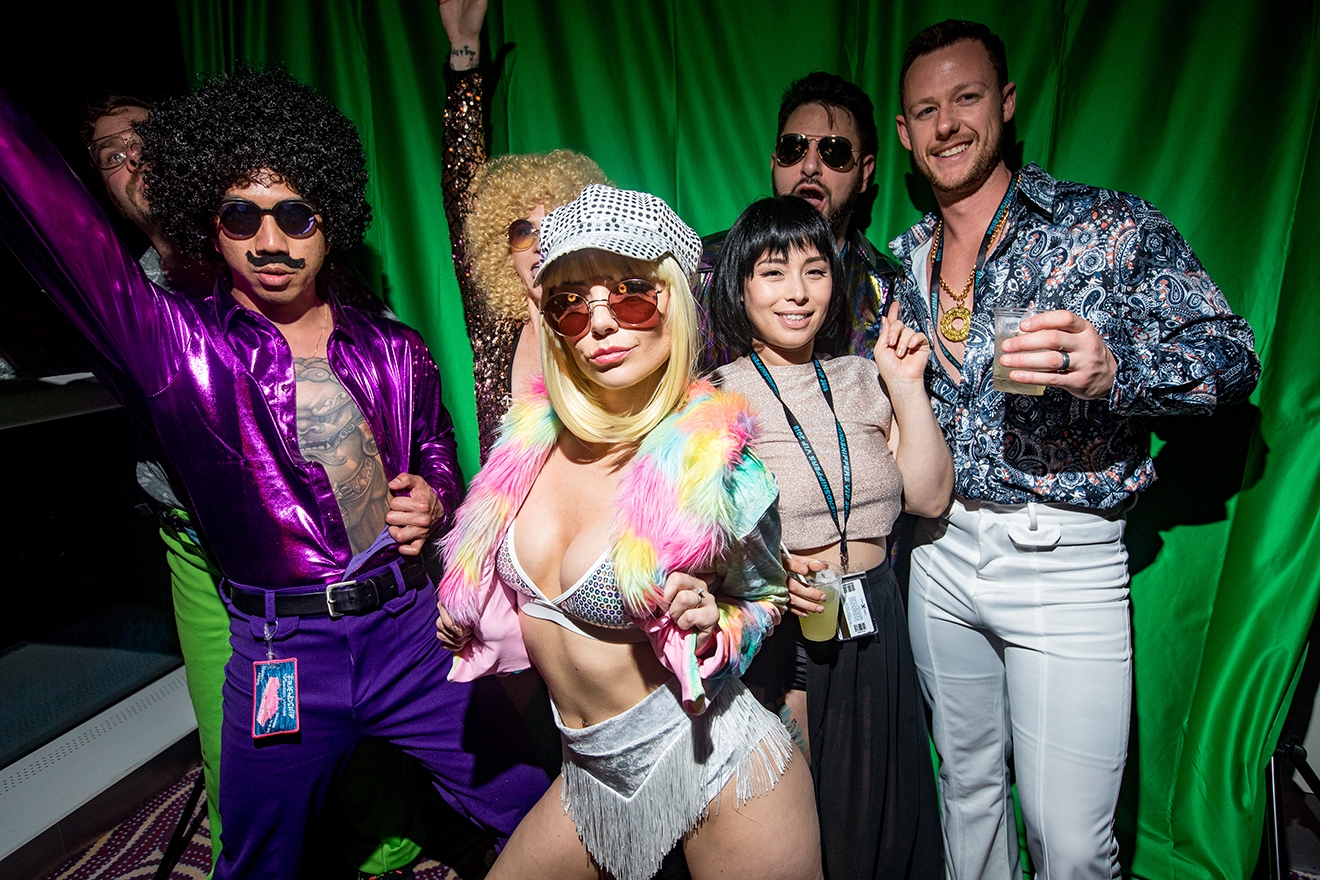 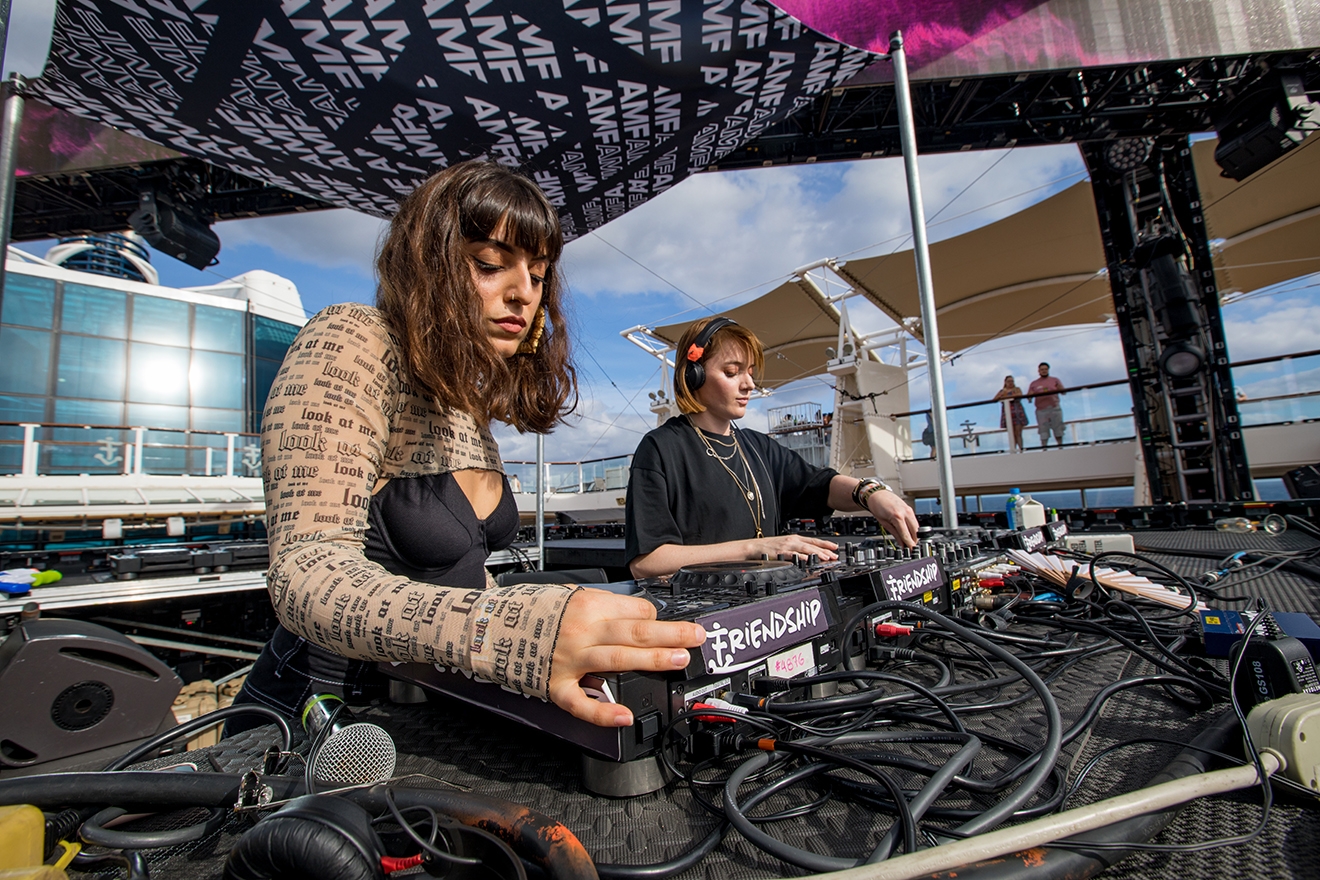 The camaraderie on display helped ease the few growing pains Friendship endured. Unfortunately, neither Jackmaster nor Peggy Gou were anywhere to be heard despite being present on the printed schedules and topping several partygoers’ must-see set lists. However, complications seemingly more egregious than MIA artists wound up proving negligible or even boons in disguise; a return trip to Miami due to a medical emergency didn’t stop Âme or Dixon from mixing on a private Bahamian island as scheduled, and when the main stage had yet to be finished on the first night, Madam X made several welcomed return appearances for fiery b2bs with J. Phlip and Nina Las Vegas, and 2manyDJs simply swapped venues to play an extended set for a supremely sweaty audience.

“I missed the Holy Ship ship [era],” he confesses. Chiang was brought on Friendship by his brother, an experienced Holy Shipper. “He had been to five or six [Holy Ships] and was like ‘Yo, they're restarting - you want to be a virgin? You might as well join when everyone else is too."

With his ship cherry now popped, Chiang says he’s in it for the long haul.

“It's so evident that everyone here legitimately loves and respects the music, each other and themselves,” he says. “That combination of things is just incredible to see out on display so openly.”

It’s early Saturday morning, and as most don their best sequin and theatrical moustaches for guest of honor Giorgio Moroder’s set, a rowdy crew huddles in the cafeteria to try to make sense of the Boys Noize b2b Busy P b2b 2manyDJs set and the absurdity it conjured. 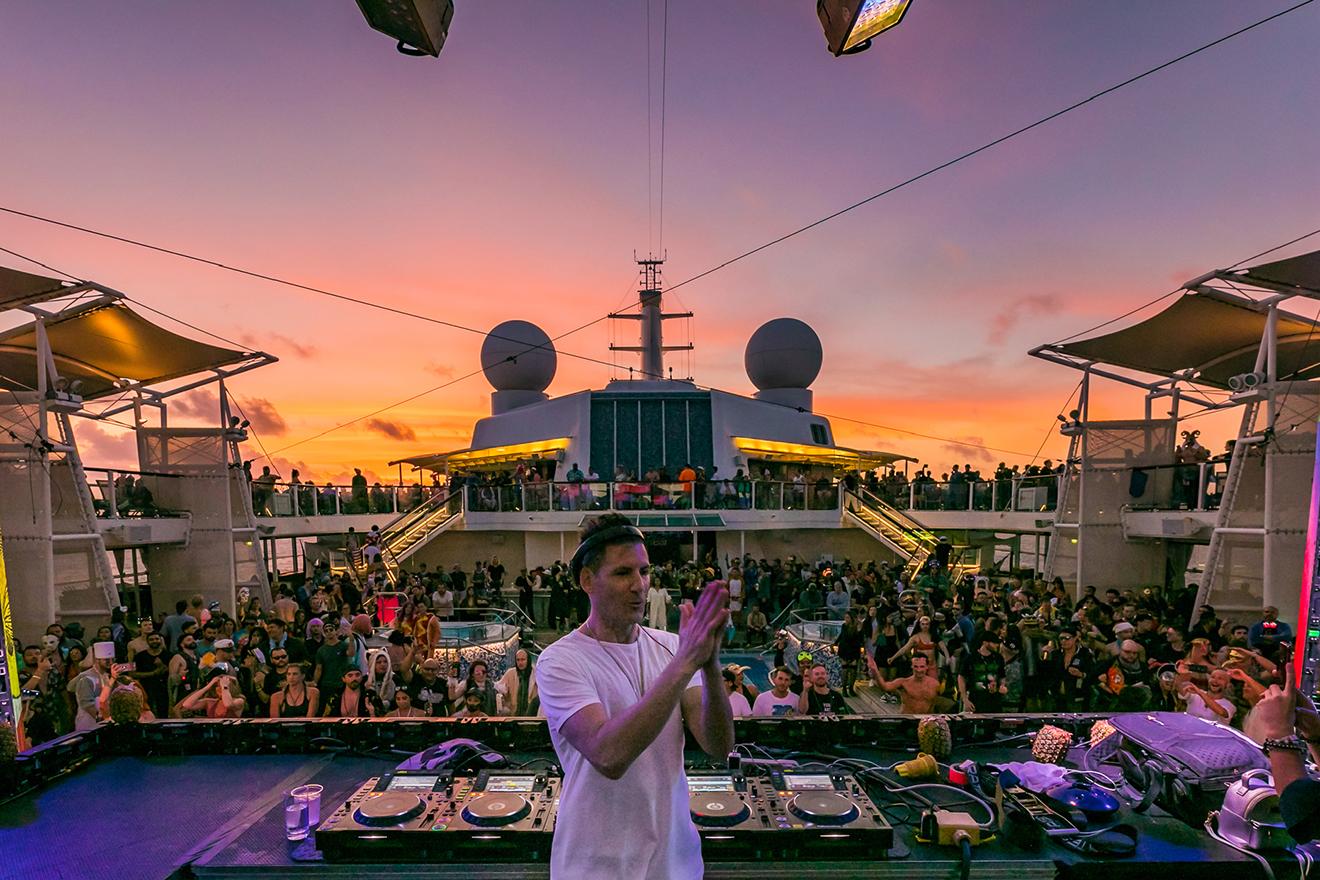 “Every single person on this boat has walked up to me and said it's been their best ship they've ever been on,” Gary Richards tells Mixmag. The Friendship figurehead says it’s the closest he’s come to manifesting the ideal dance music cruise thus far.

“We put our full detail and attention into trying to make it better and also different [from Holy Ship],” he explains, citing the consideration paid to the tiniest of features, including an instrumental Pink Floyd megamix Richards assembled to be played over the ship’s speakers. “My goal is to make this different. I didn't want it to be just a repeat of the same with a different name. It truly is my friends and all the friends of the people that have come.

“We've had the best weather, we hit the private island twice, 2manyDJs are here, what could be better?” 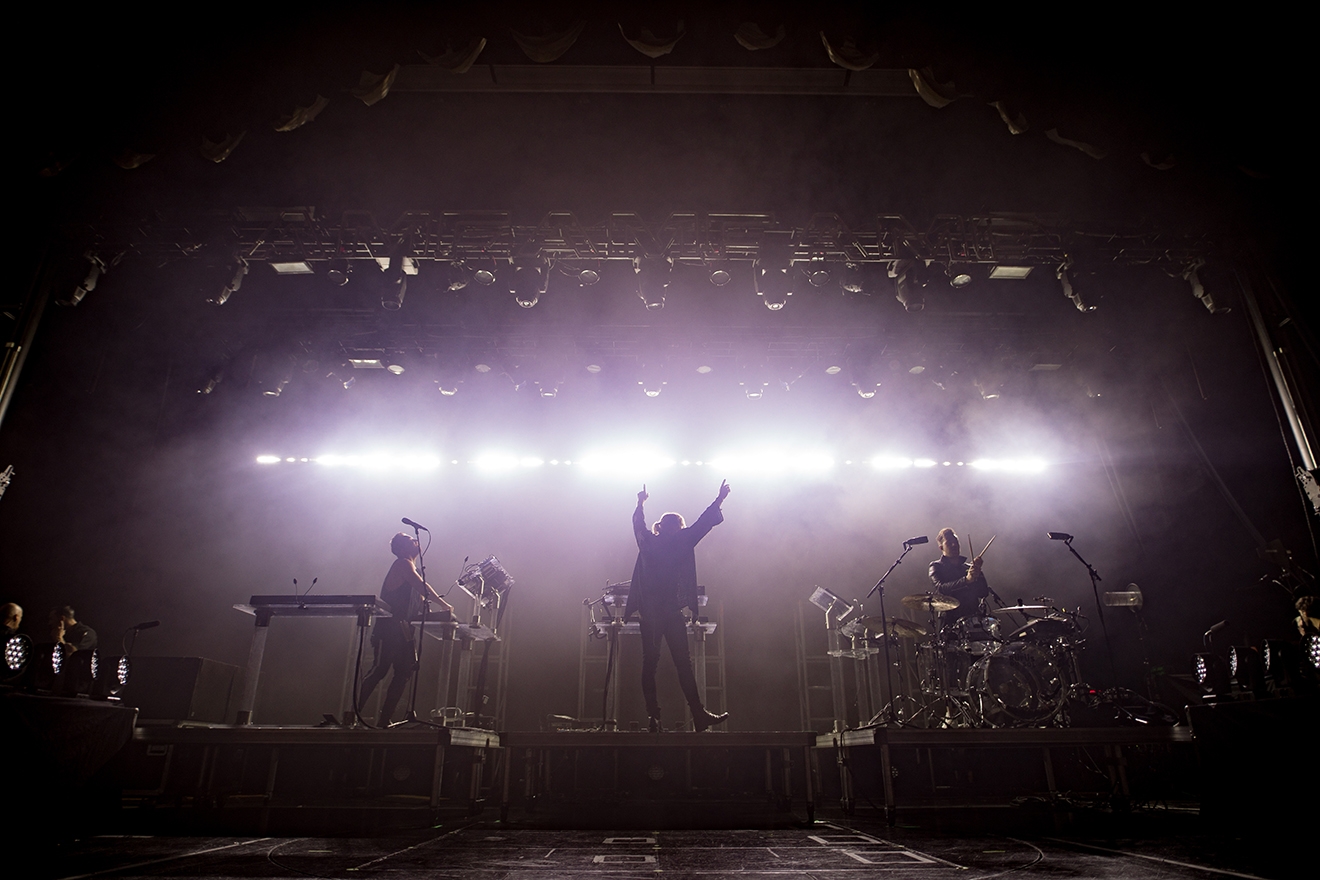 Looking to Friendshippers themselves, not much. The shared sense something special was underway was palpable from the first night, aided by performances that set a pattern of leaving mouths agape and minds shattered. Equally brimming with bodies and excitement, Rüfüs Du Sol’s live show in the ship’s theatre underscored the exceptional circumstances at hand; in a space nominally reserved for mild, polite entertainment, hundreds of people stood captive as one of the world’s most-followed electronic bands played for as small a crowd in as tight a space as you’re likely to ever find them. The three members that make up Rüfüs have smiles cracked wide across their faces, and are glowing - not from the stage spotlights - but from the love roaring back at them and bouncing around each and every costumed character in the theatre. Suddenly it's not such a distant idea that Friendship was the only name this journey could have ever gone by.

Zach Schlein is a freelance writer based in Miami. Find more of his work here