Headed towards a dark, musty room with a dull purple neon sign hanging above that reads Spiegel, Mixmag follows a girl dressed in all white as she wanders in, trailing behind the mysterious girl's unicorn plush, which is tied securely to her waist. She takes both hands and grabs the first speaker she finds, using it to hold herself up as she cranks and whips her neck to the pounding beats of Sage Armstrong, who stands behind a deck just a few feet in front of her.

With her head dropped and unicorn plush bouncing in time off her rear, she probably hasn't even noticed that Sage has one hand on the mic as he sings the vocals live for his own track. Rumbling in the deepest tone possible, he chants: "She's dancin' with her ass out." And she most definitely is.

Moments later, there's a guy holding up the line as he asks every passing person to sign his robe, which has, unsurprisingly, begun to run out of space. The Sharpie is moving off his clothes and over to his face now. We find ourselves absolutely squashed into an elevator that’s bound to be over capacity. Shoulder-to-shoulder with a fellow dressed as a bear, another dressed as the Disney creature Stitch and a pair in blindingly bright Hawaiian print button-downs – all at various levels of intoxication – someone begins a “Holy Ship” chant and there’s no escaping the laughs until you’ve reached your desired floor. 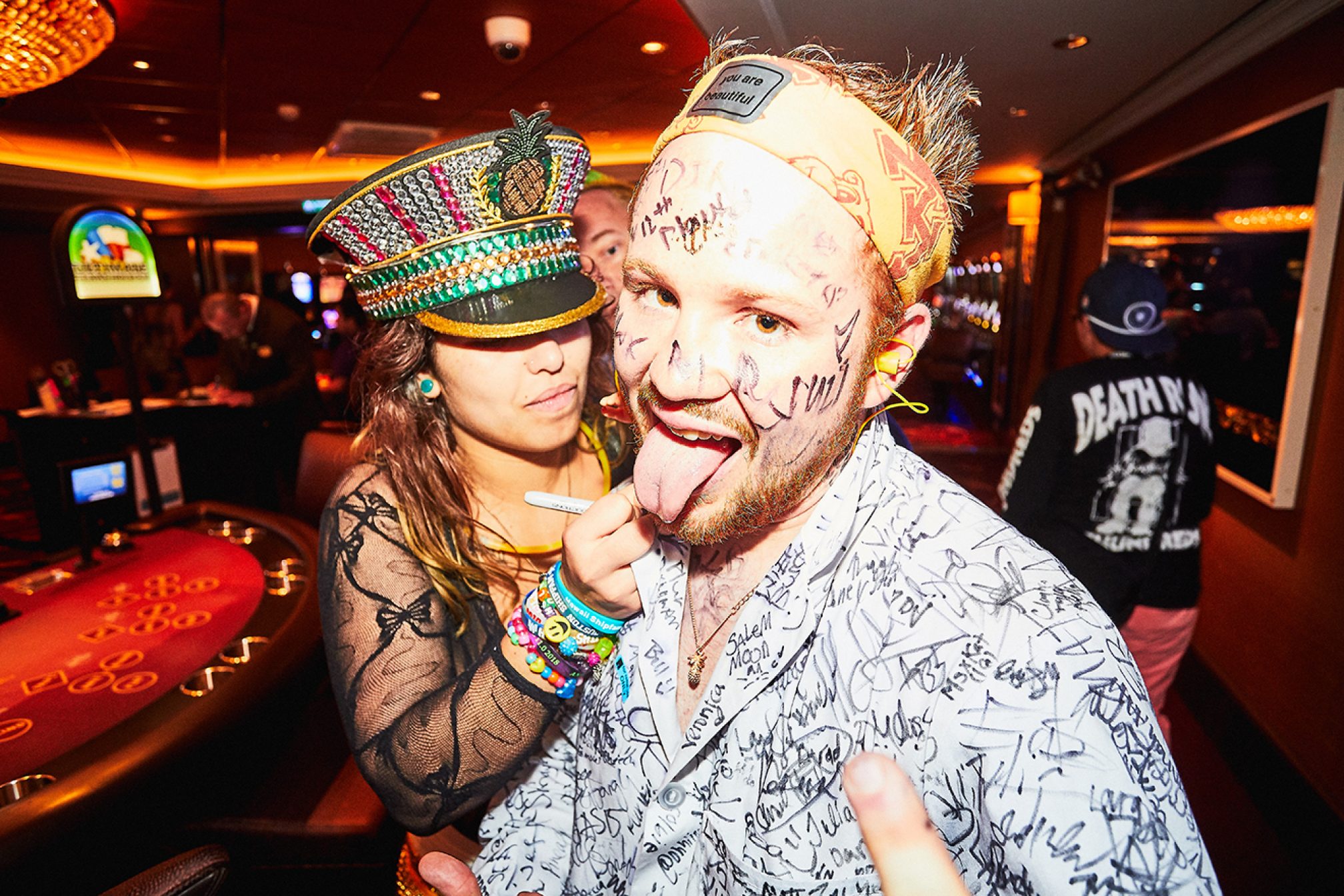 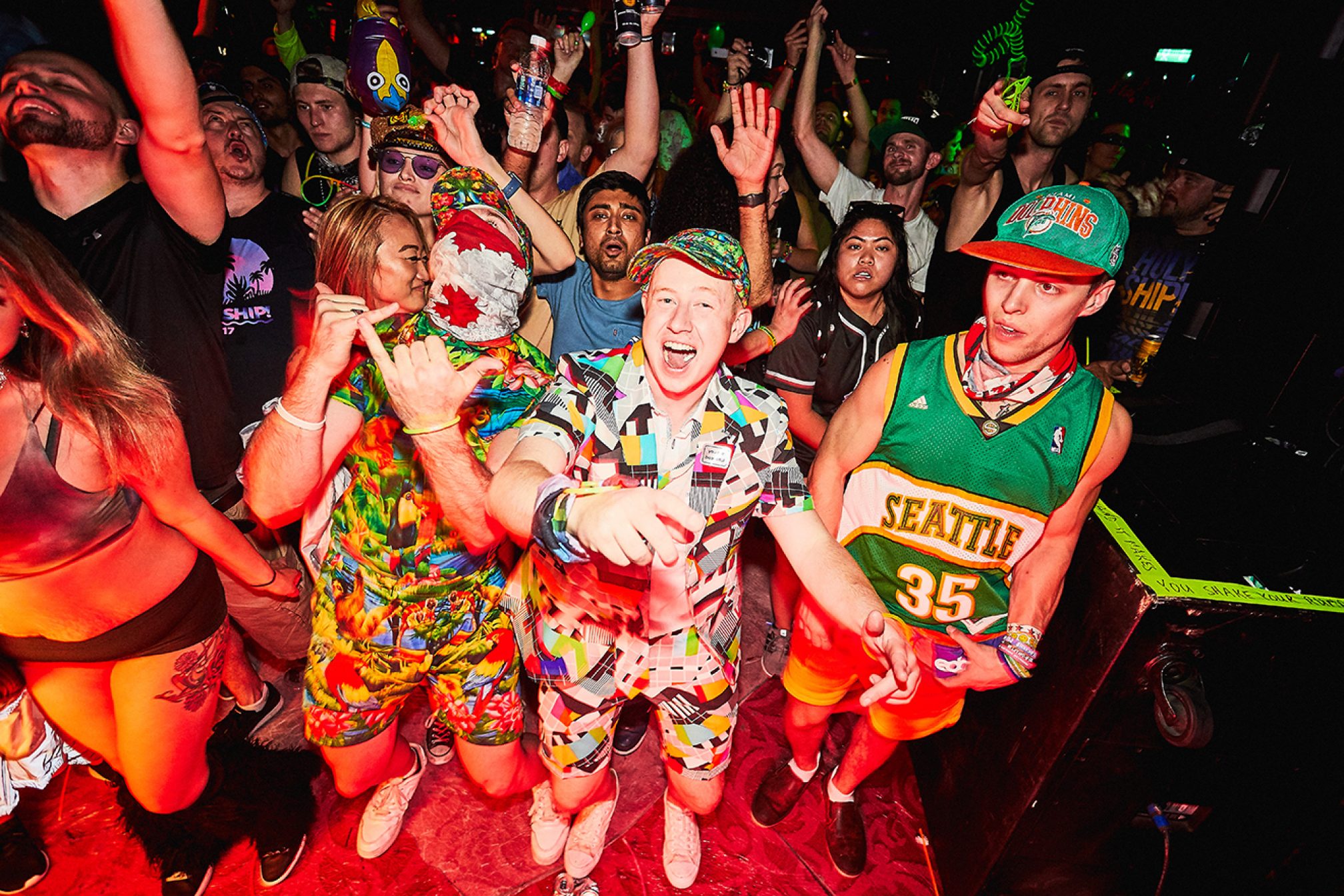 It's barely 10 PM on the first day aboard the 11th edition of Holy Ship, but this party at sea is no ordinary ordeal. People have flocked from across the globe - Tokyo, Seoul, Croatia, Chicago, New York, Los Angeles, to name a few - and planned for months to nab their coveted spot in a cabin aboard the Norwegian Epic, a massive cruise liner that floats over 4,000 people.

It’s a common party tale; people looking to escape the mundane of their every day at a rave, where they dress wild and free and act accordingly. That anticipatory buzz is heightened to the extreme when placed aboard a monstrous boat that serves as both home and playground to the mayhem of Holy Ship. “Shippers” or “Ship Fam” (as they’ve lovingly dubbed themselves) brandish their most outlandish of costumes, offering up a hello or a high five to friendly strangers with an abundance of head accessories and a noticeable lack of pants. Being out at sea forces an archaic, face-to-face connection that’s become a rare utopia that’s sought after with clubs like Output and Berghain, which discourage the use of cell phones. The same mentality persists out at sea... despite the fact that the outfits couldn't be more polar opposite. On Holy Ship, new friends found on the dance floor are handed sticky notes with handwritten room numbers and boisterous hallway reunions between separated squads can’t help but make you smile. 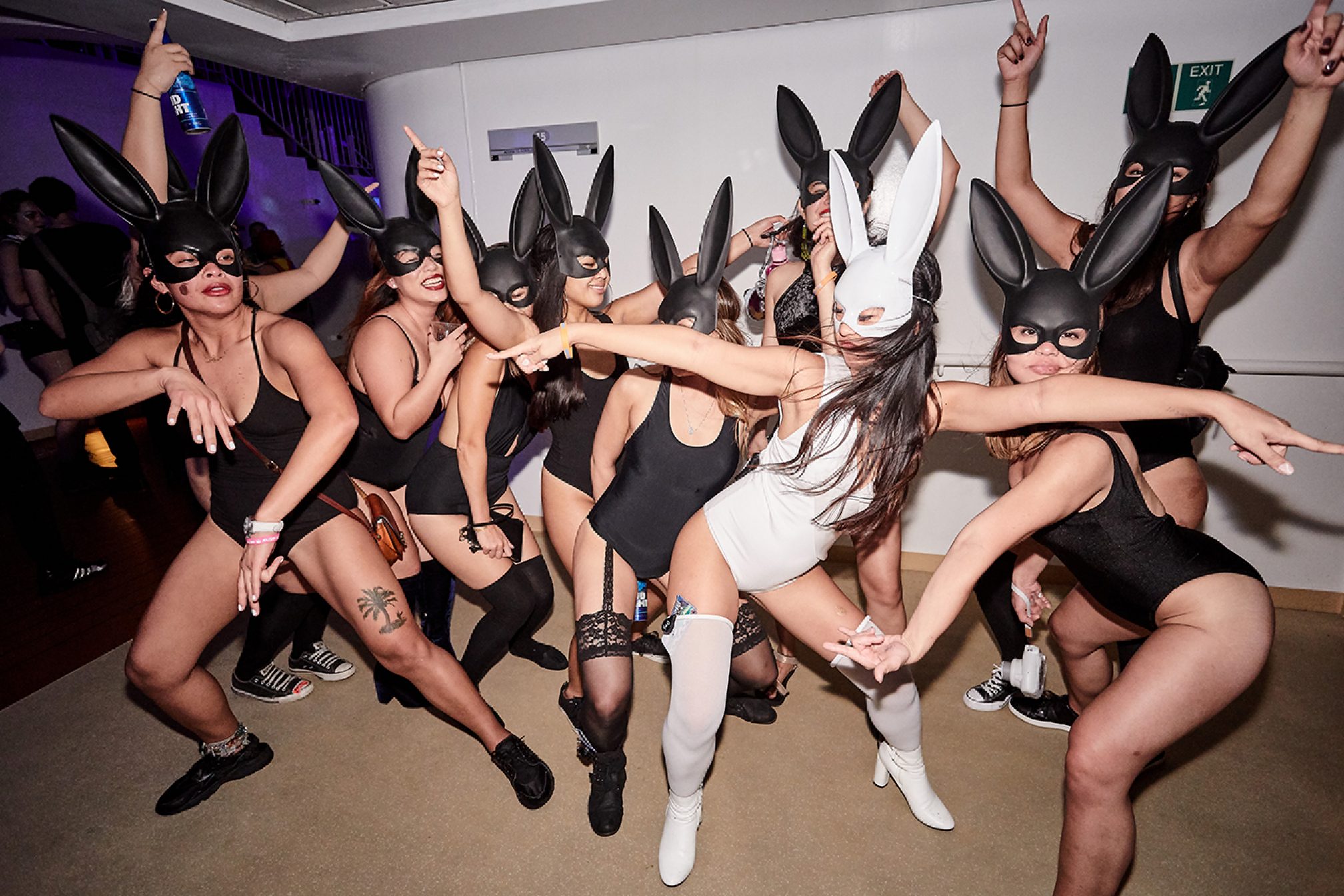 The wild streak that perpetuates throughout the halls of the Ship extends to even the most elite in the party hierarchy. Like everyone else, artists live, dine and dance on the boat for days on end. Ripped out from the usual airport to green room to stage and back routine, artists not only command the party, but are also finally able to experience it themselves. Casually, Claude VonStroke makes his way up to the front row with a drink and a smirk in tow, grabbing hold of the front row railing and giving his surprised, enthusiastic approval to fellow DJ Jauz as he lays down house tracks for this special, late night set – atypical from his usual banging, EDM-tipped blasters.

Elsewhere, Latmun trails behind Dirtybird affiliate Ardalan as they share wide-eyed glances observing the parade of characters walking by. A guy dressed in his brightest, Hawaiian best button-down offers up big ups for their respective sets, and they can’t help but laugh. “Ardalan and I discovered that we were cabin neighbors,” Latmun explains. They’ve never met before, but no surprise, they’ve become fast friends. Later in the evening, rising bass star Rezz has wandered up to the stage as Justin and Christian Martin hand off the reigns to one another for an explosive and rattling drum ‘n’ bass jungle massive. "This is the place to be right now," she shouts into the mic. 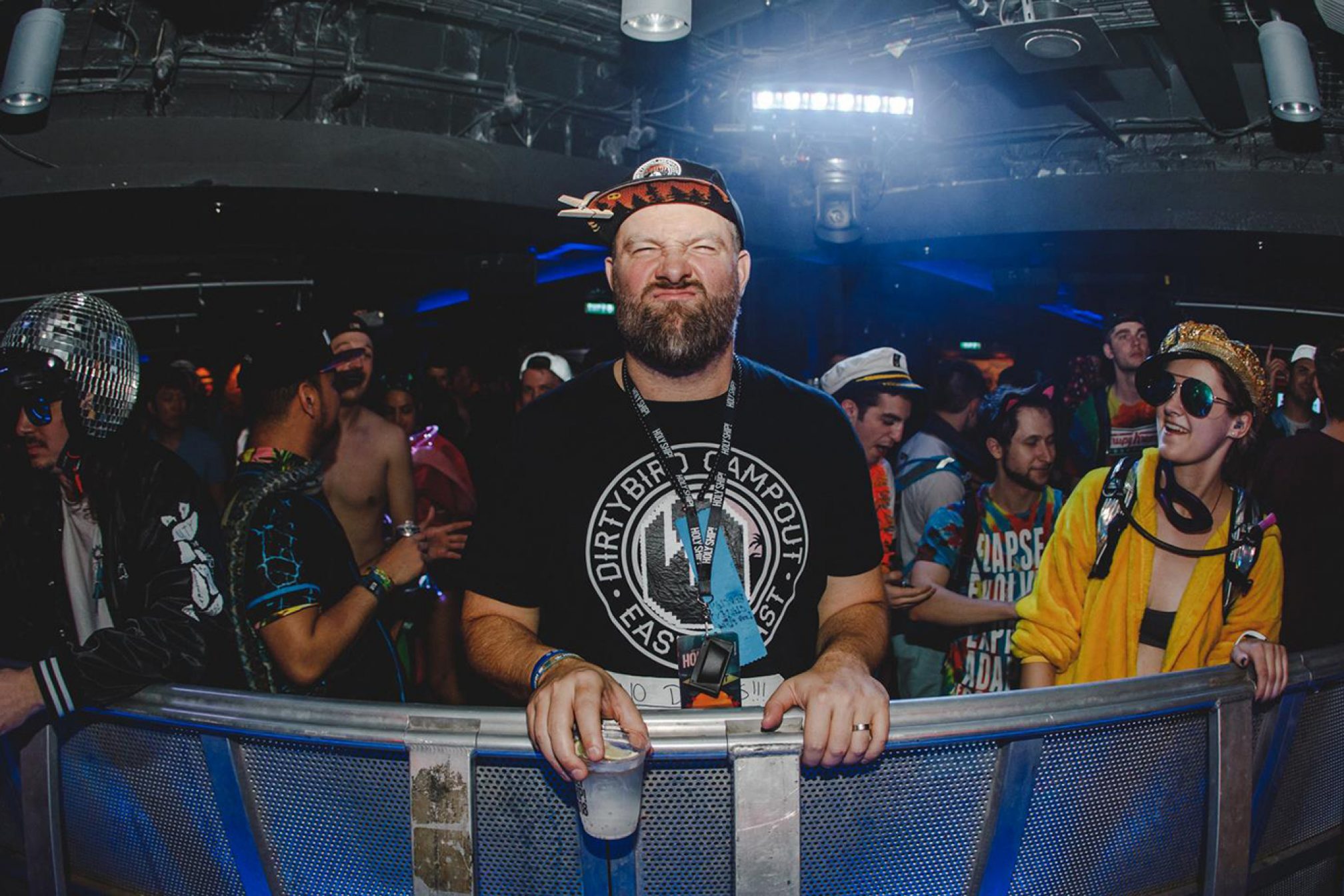 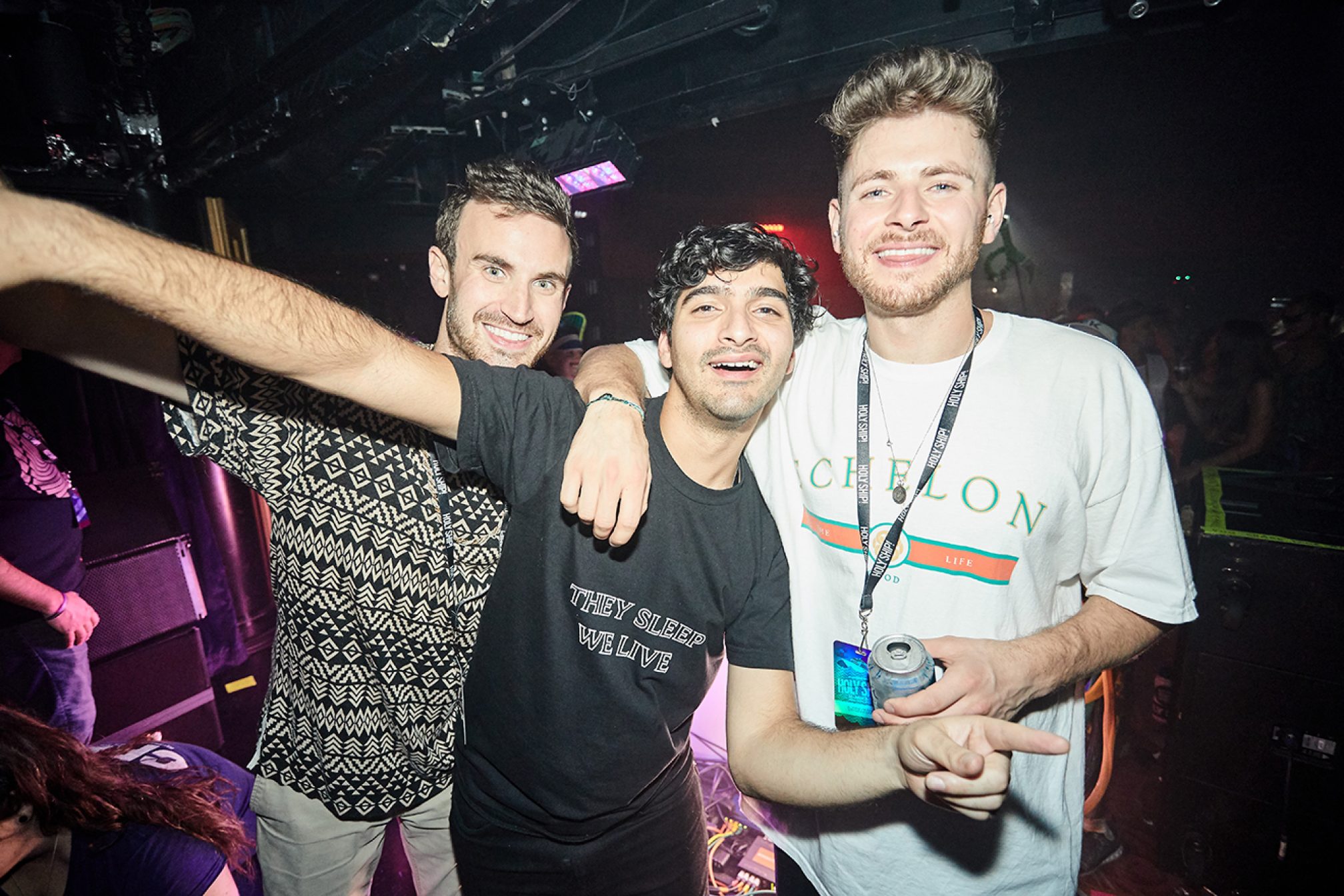 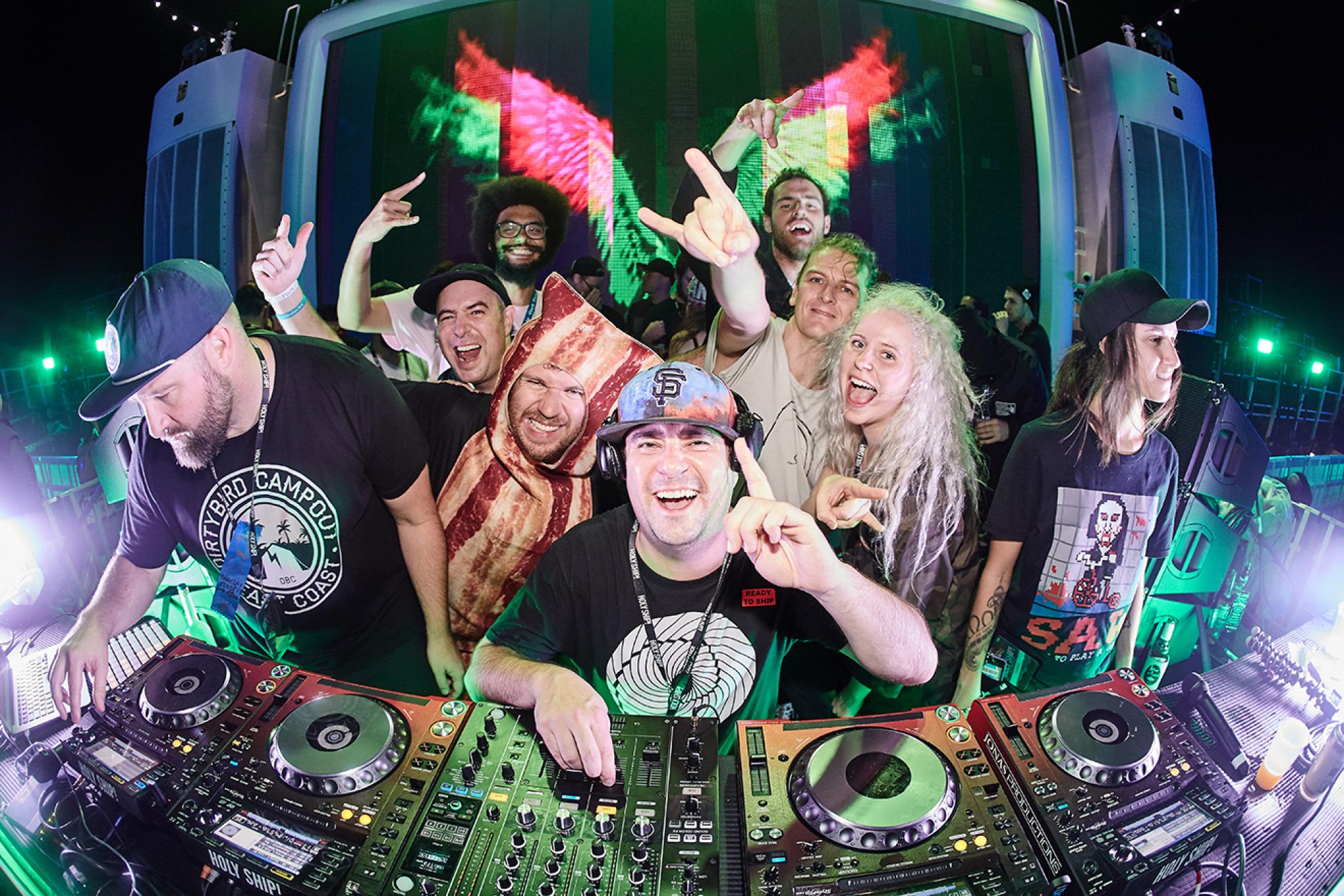 That unshakable family feel has permeated throughout every edition of Holy Ship since its inaugural sailing in 2012 under the guidance of HARD commander Gary Richards. His first Ship lineups put fans shoulder-to-shoulder with talents like Fatboy Slim, Skrillex and Justice – transforming the untouchable into cabin mates and dance floor partners. Towards the end of last year, when Richards announced his shocking decision to depart from both his HARD and Holy Ship brands as he pivoted into a new position with LiveStyle (formerly SFX), loyal fans of both brands were left to wonder what his distinguished parties would become without him at the center.

Holy Ship’s 2018 editions were the first proof that while Richards may no longer be physically on board, the foundation laid out for his legacy at sea is strong and lasting. While previously, focus on Richards’ own personal relationships served as the precedent, now, the Holy Ship spotlight favors talents with a real ability to shine past genre boundaries and expectations. Highlights were handed to those who were able to thrive in the unexpected: Madam X blasting through a set in a “hip hop” room, doling out tastes of grime, techno and dubstep, What So Not tossing in a skull-rattling edit of his own tune in between Noisia, Justin and Christian Martin’s rumbling jungle massive, and undoubtedly, Green Velvet dressed as Mr. Incredible, wandering in the cafeteria hours after his blissful sunrise set with Claude VonStroke as Get Real. 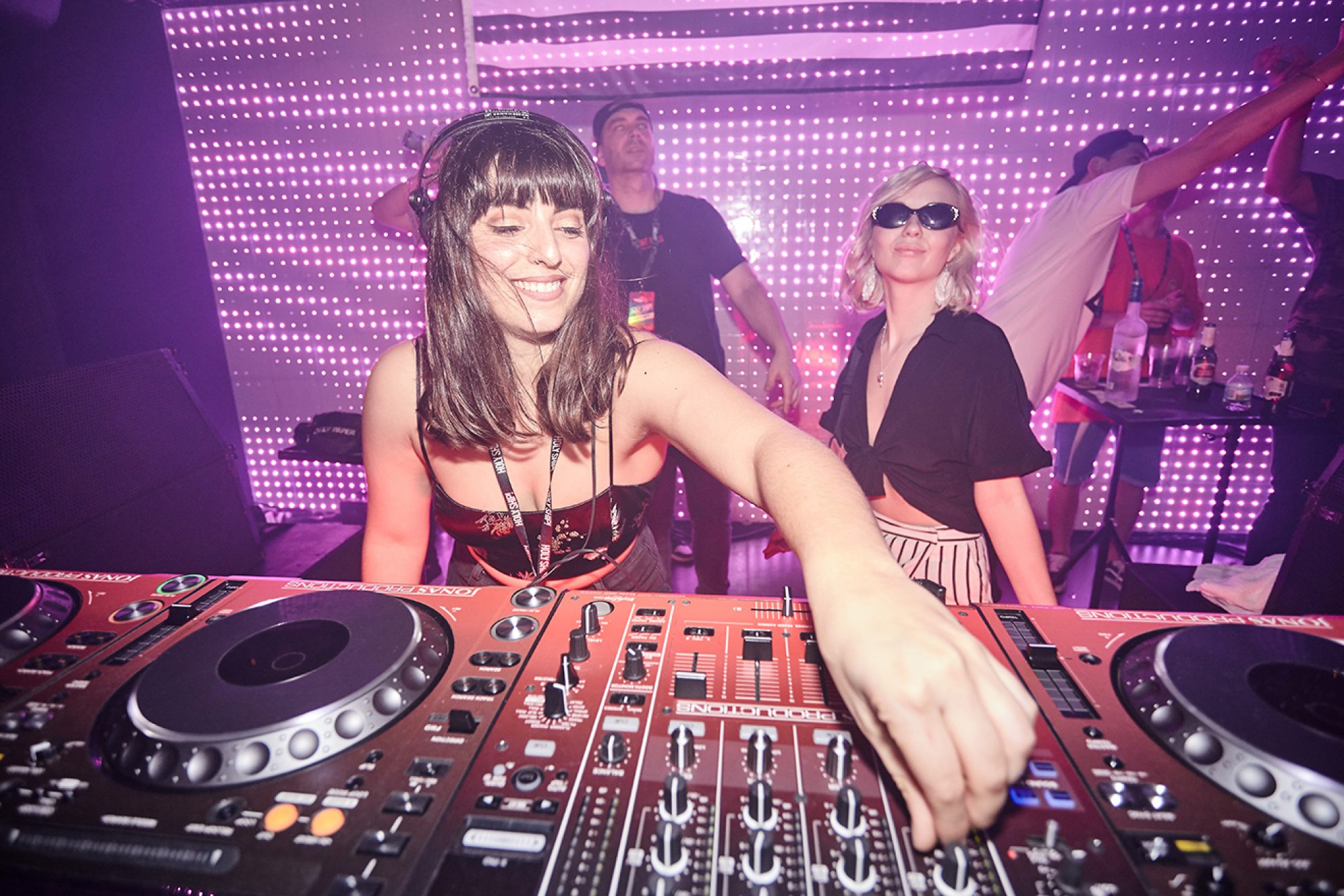 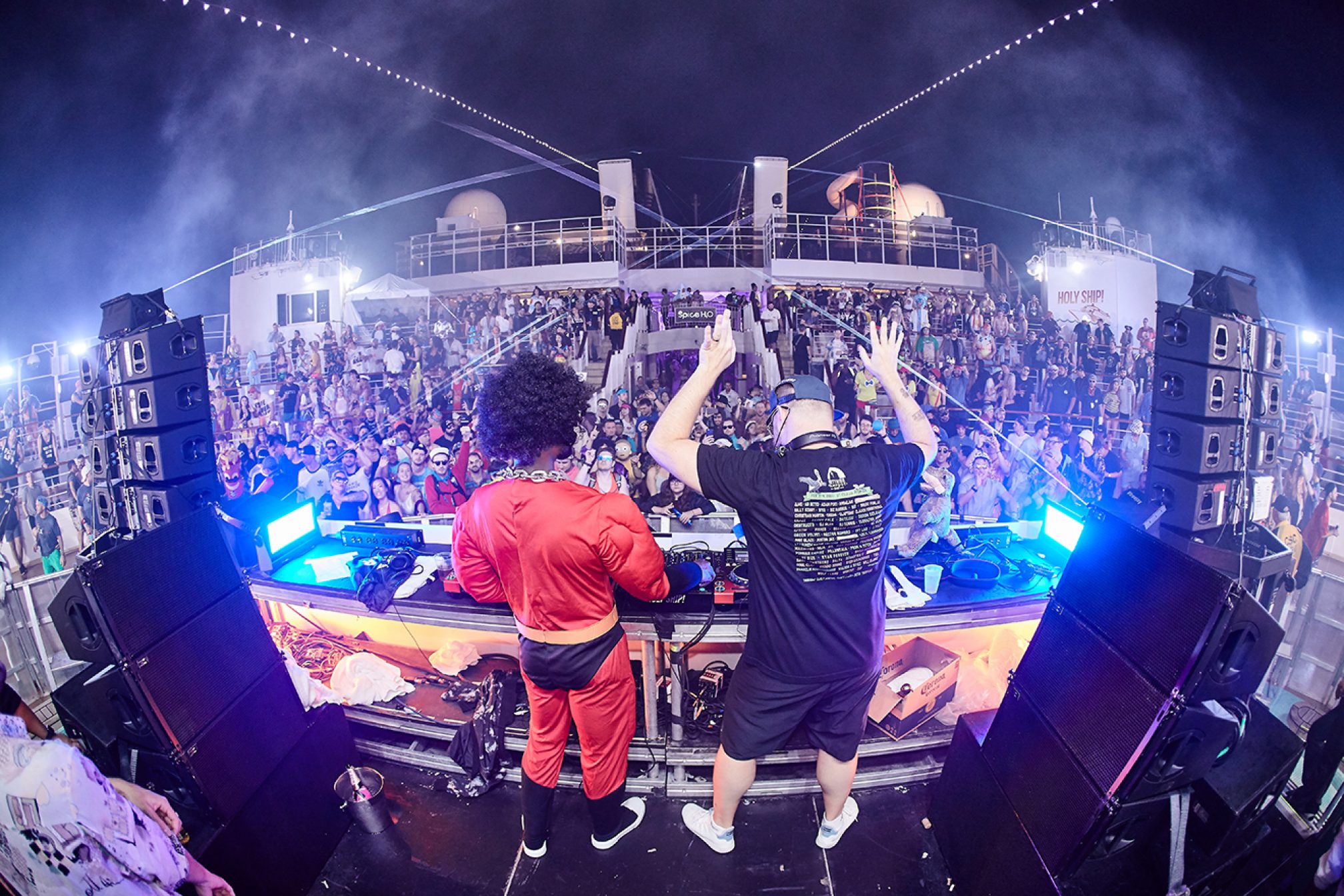 Through the rapidly changing tides of commercial electronic music in North America, Holy Ship has remained staunch in its collection of DJs that know how to throw a classic party. The baton now comfortably resides in the ready hands of the Dirtybird team, tech house champions like Solardo and Latmun and bass bulldozers What So Not, Rezz and Noisia.

Blinded by a mayhem of mad getups and some of the most boisterous music-loving wayfarers at sea, Holy Ship might not instinctually strike observers as a flagship festival. But with absolute certainly, as Mixmag stands somewhere on the 6th floor of a cruise liner in the Atlantic, surrounded by debauchery in its most colorful and untamed form, there's no denying that being ripped off land and tossed into a melting pot of genres, artists and party expectations is one way to weed out those that don't and do have a true heart and tenacity for the lifeblood of what really makes a good party. Plus, a good costume has never hurt.