Welcome to Mixmag's guide to the best tracks of 2021 so far.

Bringing you month-by-month updates with the most crucial dance music from across the world.

That's it, that's the elevator pitch.

Read on for our reviews, the audio and links to where you can buy the music. 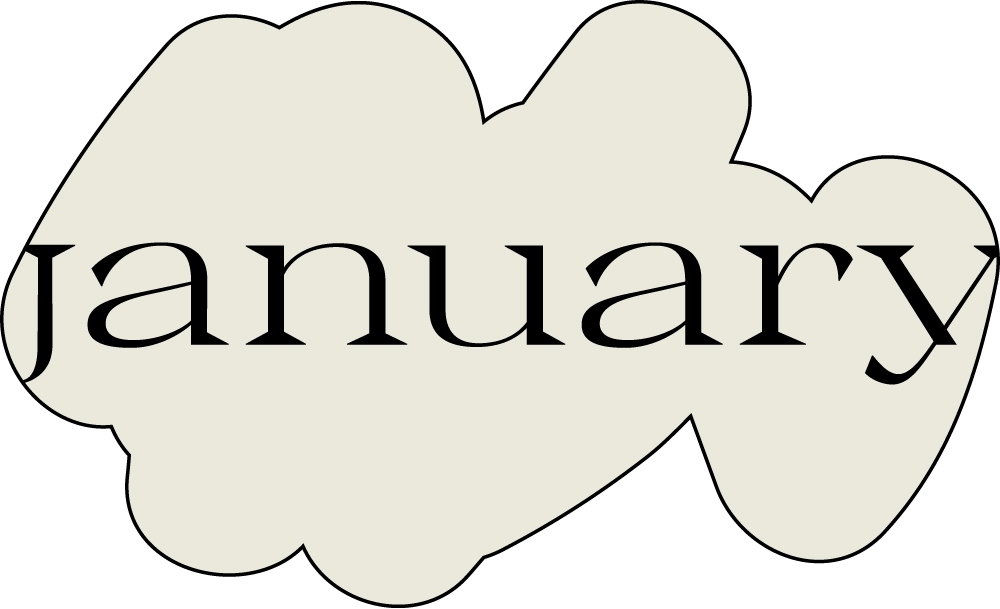 Finding Scaninavian house music is like dipping your hand into a multicoloured bag of sweets it’s so joyous. Norwegian producer Kamuflars makes tunes in a similar vein to the output of Swedish label Studio Barnhus: bright, twinkling and bouncing. ‘Sumfin’ is just that and dropped at the perfect time - a very blue January. Buy it here

Logic1000’s a name you’ll be seeing a lot in 2021. The Australian producer’s new ‘You’ve Got The Whole Night To Go’ EP is loud, brash and delivers the exact kind of slam you wanna hear in a club. ‘Medium’ is a fave thanks to its jittery vocal chops, belching bass and crispy breaks. Buy it here

Hooversound Recordings is the label from SHERELLE and NAINA, their home for fast, frenetic and relentless sounds. Master of rave-ready breaks Special Request and junglist Tim Reaper are the latest on the label, for a project that sees Tim remix four tracks from Special Request’s self-released ‘Zero Fucks’ album in 2019. It’s the remix of ‘Pull Up’ that hits the sweet spot, coming in tasting just like the classic jungle sound of the mid-’90s. Among the drum clattering madness are moments of ambient respite with vocals of ‘you’re the only one I need’ and ‘the way you’re making me feel’, samples lifted from Case, Foxy Brown and Mary J. Blige’s 1996 track ‘Touch Me Tease Me’. Buy it here

We all need tunes to chill to and pndr's ‘Morning Mist’ is one to file under ‘Sunday Mornings Spent On The Sofa Doing Absolutely Nothing’. It’s just an unbelievably relaxing jam filled with mind-numbing beats and the most deft of percussion appearing throughout. Downtempo at its finest. Buy it here

Madlib & Four Tet ‘Road Of The Lonely Ones’ (Madlib Invazion)

From what will be one of the biggest albums of 2021, ‘Road Of The Lonely Ones’ plucks a heart-wrenching sample from overlooked Philly soul outfit The Ethics and rolls it into a classic beat that’s redolent of both producers: warm with a heavy groove and a ridiculously sweet melodic hook. Buy it here

Kode9 emerges from the bunker to deploy razor-sharp footwork to soundtrack the dissolution of reality. Thankfully the anxiety is tempered by comforting sub bass and blissful pads that DJ Rashad would be proud of. Buy it here

Shaé Universe and Kojey Radical team up for a powerful song about Black excellence that’s full of perfectly weighted metaphors and deft lyrical swagger. They extol their status as royalty over a fittingly luxurious drill beat, its greazy bassline decorated with the plucking of a guitar that sounds like its strings are made from diamante. Buy it here

HouSupa opens its 2021 account with a storming EP from Scotti Dee. Of the three tracks, ‘Sea Moss’ just inches it as the standout, a phenomenal dancefloor torpedo that blends the high tension of gqom with the soft pressure of amapiano. Proper screwface business. Buy it here

‘South’ is sheer protest music, a rallying cry against gentrification, landlords, the police, the government and the monarchy. Wu-Lu and Lex Amor allow their frustration to unfurl across charismatic verses as the punk klang surrounding them reaches climactic catharsis. Buy it here

Alfa Mist has been hard at work over the last half decade, releasing three full lengths and prepping for the fourth, ‘Bring Backs’, that’ll be released in April. All of these records have contributed to the energy of the UK’s thriving jazz scene and 'Run Outs' from the Londoner’s forthcoming LP hints at his best music yet and his innate ability to make instruments levitate and flow. Buy it here

Guedra Guedra ‘Archetype’ (On The Corner)

Moroccan artist Guedra Guedra makes dance music indebted to the Berber culture of his homeland as well as taking influence from across the rest of North Africa too. Forthcoming debut album ‘Vexillology’ is built from field recordings, samples and non-Western rhythms, with explosive lead track ‘Archetype’ a not-so-subtle hint that this will be one of the most ingenious LPs of the year. Buy it here

An Autechre version of ‘Bipp’ makes perfect sense given that SOPHIE sits on the same experimental lineage as the long-serving duo. Rather than an all-out assault, Autechre confound expectations and turn in a slinky, dubbed-out version that’s crying out to be played in a dark, hot basement in tribute to SOPHIE, one of the greatest artists of her generation. Buy it here

Given Bradley Zero’s love of a soundsystem it’s no wonder than he’s picked up this low-end stomper from Nicola Cruz. It’s unrelenting sub-122bpm groove and psychedelic production (there are a bunch of neat details, best being the sound of a sword fight that appears two-thirds through) is the kind of thing that’d make Andrew Weatherall proud. Buy it here

Jamz Supernova’s Future Bounce imprint has been on a run of form and its latest dancefloor weapon comes from Rose Bonica out of Cape Town. ‘Send Forgiveness’ is driven by a perfectly weighted kick that delivers an injection of energy with every beat that lands – the lyrics are a welcome dose of positivity too. Buy it here

Octo Octa’s tracks are always a joyride, but the journey this one takes you on hits another level of delirious thrills. Within the first 20 seconds there’s record spinback sounds and whoops, with a peppy vocal excitedly proclaiming “let, let’s do it!”. But it’s not ready for take off just yet, settling into a blissed-out groove with reverb dousing the various textures in a mesmerising haze, with a vocal that sounds like it’s paging through from another dimension invoking your mind and consciousness. Then just as it feels like you’ve been hypnotised on the highway to nirvana, a stuttering percussion change-up gradually builds towards more feel-good delirium. The long-awaited return of clubbing in the (hopefully) not-too-distant future was already set to be transcendent, but with this track in DJs’ arsenals, we may never come back down to earth. Buy it here

The release of KAM-BU’s first track ‘Different’ last year, a collaboration with Lord Apex, was an assured debut that marked out the South London rapper as one to watch. ‘Are You On?’ is even better, and looks certain to set KAM-BU on the path to a breakout year. His flow is honed and engaging, and the beat from Leon Vynehall is special. The producer is best known for his often jazz-leaning house music, and here he merges that with murkier UK drill influence. It sounds like rap being performed in Twin Peaks’ Black Lodge.

This floor-focused edit of Cherish’s ‘Stop Calling Me’ has been doing the rounds in clubs via select DJs’ USBs in recent years; the likes of Ben UFO and Ghost Phone have drawn for it to enliven their sets. Now in the height of the pandemic with clubbing a distant memory, South London-based producer Will JGL has blessed us all with a pay-what-you-like DL of the track on his recently launched Bandcamp page. Although the lyrics are about ghosting an unwanted boyfriend, this track is five minutes of nonstop good vibes, with additional drumwork and a faster tempo stripping back the blues and reinforcing the irresistible rhythm. Buy it here

DJ Minx’s collaboration with spoken word artist and producer E-Man is a potent polemic challenging the systemic racism entrenched into US society. Released in the final days of Donald Trump’s presidency, there’s no holds barred in E-Man’s criticism of the “maniacal megalomaniac” who was at the helm of the country. But further lyrics referencing issues such as “The systemic and psychological torture of people of colour that continues through the media / that allows us to see how we are being murdered / crimes so blatant that even the blind can see” serves as a strong reminder that the removal of one man is no magical fix for America’s problems. DJ Minx’s swampy house beat - deep and ominous, but with elements of lighting coming through - fits the call-to-arms tone perfectly. Buy it here

Serpentwithfeet’s ‘Fellowship’ is a touching love song about friendship, a subject that, imo, should be given more prominence in songwriting amid all this icky romantic lust. Anyone who’s suffered through a horrendous app date and just wishes they were watching a trashy film or having a pint with a pal will likely relate to chorus crooning of “And I’m so thankful for / My friends, my friends / I’m thankful for the love i share with my friends”. The Baltimore-born artist’s vocals are so wholesome and genuine in their sentiment, the music, co-produced by Sampha and Lil Silva, is sublime, and the beautifully shot and choreographed video is also a delight. Buy it here

Black Coffee specialises in heartfelt, melodic house that packs emotional heft, and ‘Never Gonna Forget' showcases the South African genius at his best. The production sparkles in its simplicity, leaving space for each delicate texture to resonate with the soul — a style that Elderbrook’s gently moving vocals perfectly complement. Buy it here

On her remix of Emilee’s ‘Rodeo’, Maya Jane Coles expertly picks out elements of the track’s lush instrumentation and loops them within a hypnotic house groove. It's totally transfixing. Buy it here

Roska and Scuba bring their alter egos together on this lazer-guided two-tracker on Hotflush. Both tracks go hard, but we'll include 'Off Guard' here thanks to how tense and rhythmic it is, pure precision engineering for the dancefloor. That bass too!