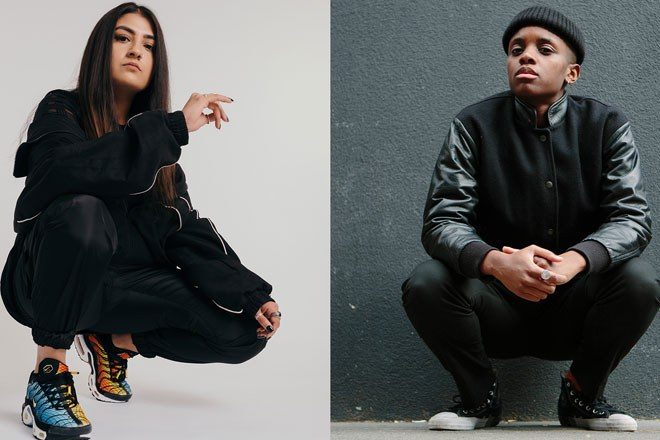 The pair came up with the idea after playing a b2b at Brixton Academy in 2017, supporting British rave icons The Prodigy.

Read this next: Naina In Session

Instead of pigeonholing into a certain BPM or genre, the label will focus generally on leftfield club music – everything from footwork, grime instrumentals, jungle and drum 'n' bass.

Naina has made a name for herself through a weekly Friday night show on Brixton’s Reprezent Radio, playing across the board of underground UK music. Through over 5 years on this radio slot, she has brought on guests that include Teki Latex, Machinedrum and Night Slugs’ founder Bok Bok. She also featured in our 30 artists under 30,000 plays piece back in January.

Meanwhile, SHERELLE has become one of the recent figureheads of everyone’s current footwork/160bpm obsession. Her DJ sets focus on a signature blend of 160, jungle and everything that sits at the faster, more energetic side of club music. Also hosting a Reprezent slot, she has had guests such as Fracture, Om Unit, and Hyperdub’s Kode9.

Keep up to date on the Hoover Sound Twitter page, and send demos to info@hooversoundrecordings.com