‘Everything, everywhere, all at the same time’. It’s a phrase that’s been running through Paul Woolford’s head a lot lately – and one which he uses several times during a long chat before his headline set at Amsterdam’s De School.

The phrase sums up Woolford’s current approach to making music, and a Trojan work ethic that spawned four albums in 2019, all under his Special Request moniker, and all very different beasts.

He also released a single under his own name (‘You Already Know’) plus numerous remixes, and played a ton of shows around the globe. For Woolford it’s simply business as usual. “I haven’t got the luxury of not doing it – I’m compelled to,” he explains. “So many good ideas in life fall by the wayside because people just leave it as chat. Don’t be that guy in the pub who has a great idea and never does it.”

But for all the projects this year, it’s been those four Special Request albums that have defined Woolford’s 2019. When Special Request’s rugged, rave-addled tunes began appearing around 2012, it confused some who knew Woolford for his housier output, but over the last few years, Special Request has been the primary (though by no means only) channel for Woolford’s own music – a masterfully executed outlet saluting a lifelong passion for (and intricate knowledge of) classic rave, hardcore, jungle and Detroit techno.

Read this next: Paul Woolford's Special Request alias has put him at the height of his powers

Or so we thought. Woolford has gradually turned that idea on its head during 2019, over the course of four albums. The decision came in a Denver hotel room late in 2018, when weighing up new material – some of it already in existence, some in progress, some no more than concepts. “My overriding thought was: if I just put one record out, who really gives a fuck? A few people might say ‘That was good’ and then move on to the next thing. Part of it was also wanting to sidestep the one-album-a-year cycle. It works for a lot of people, but for me personally it’s redundant. I’m constantly creating, and if the material feels good enough, I want it to come out and I don’t want to be restricted.”

Another factor, he says, was to show that Special Request is about more than just twisted dancefloor bangers. There were certainly a few of those this year, but also several entirely new worlds that no-one could have predicted.

Paul’s first album of 2019 went in hard and was recognisable to anyone familiar with Special Request. All dark, twitchy grooves, crisp breakbeats and euphoric synth layers, it’s a glorious salute to the rave, given Woolford’s uniquely detailed touch. “I wanted to make a record that had all the rave aesthetics, but dialled-up and stylised,” he explains. “The start was that crossover point around 1992–1993, where hardcore tempos were shooting up and up and jungle was slowly emerging, but four-four and breakbeats were still going on. To me, that zone is where there’s more creative juice to mine, because there were no lines drawn.”

The resulting record pulses with a clear, defining sound, whether in the spiralling stomp of ‘Vortex 150’ or the woozy breakdowns of ‘Memory Lake’. This coherence is partly thanks to the modular synth that Woolford built for the project. “I didn’t make a big thing about this in the media at the time, because it just sounds boring if you go into it too much, but I had to do it because I had a sound in my head that I could only execute with certain combinations of modular equipment.”

Perhaps unsurprisingly, he had a blast making the album – a theme which runs through all of his music creation. “The day I finished it I almost didn’t want to hand it in,” he says, “because I was having too much fun. That’s how I feel at the end of all of these things.” 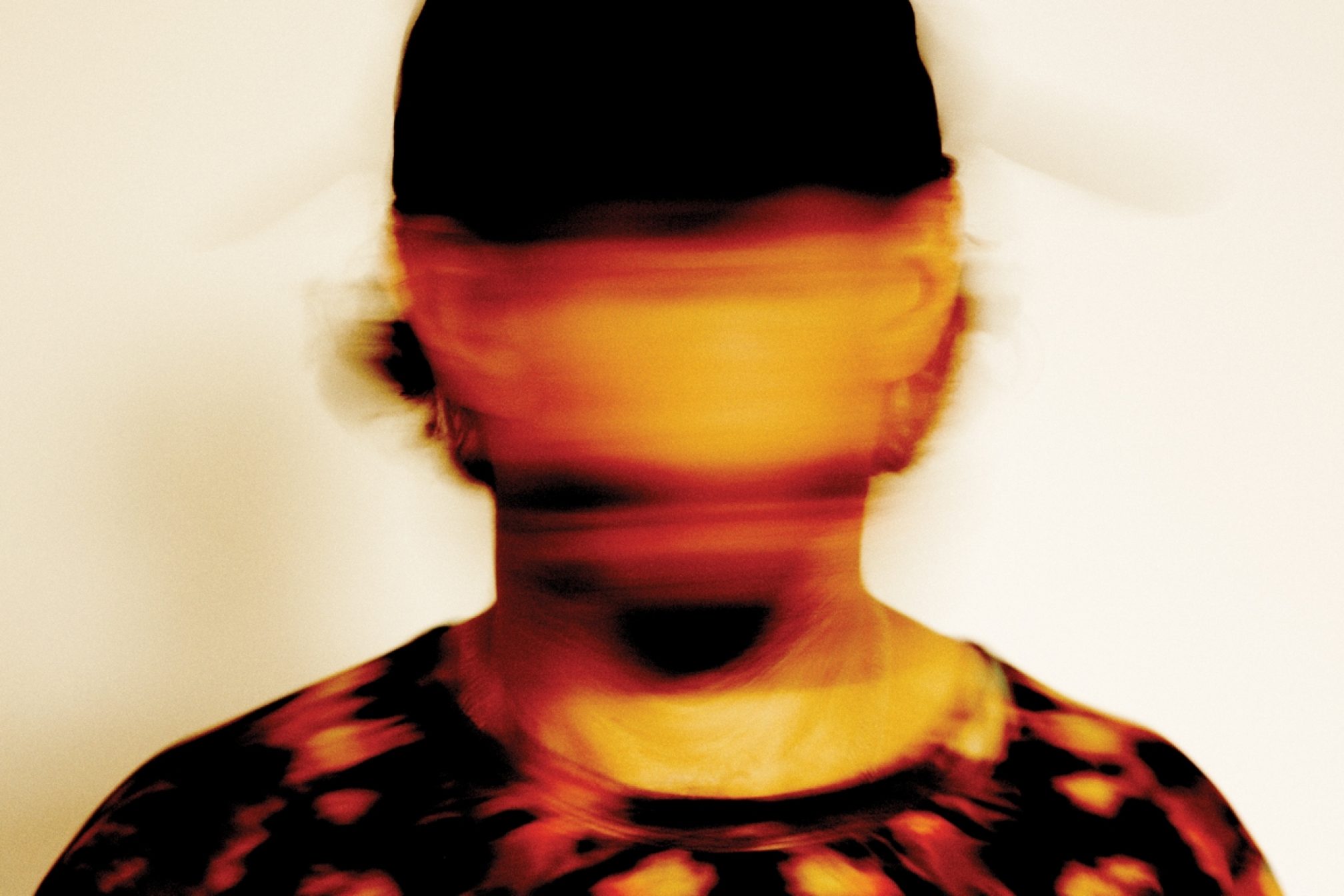 The name says it all: early recordings made by a fresh-faced, music-devouring teenager. When his parents handed over a box of tapes (and cuttings from old music magazines, including vintage Mixmags) discovered during a house move, Woolford was initially reluctant to open the floodgates. “I was a bit scared to listen to them, but then I had to do it, to confront the past. So I did, and among some really bad hardcore there were some pearls.” The bedroom production dabblings of many artists would simply be too half-baked to release, but the fact that Woolford’s earliest tunes still sparkle says a lot. It’s a far mellower affair than ‘Vortex’, but no less intoxicating in its own way, with nods to ‘Ambient Works’-era Aphex and Drexciya’s Detroit, also demonstrating a passion for the pure craft of production. The recordings were cleaned up, of course, before being sympathetically treated by mastering wizard Matt Colton. This gave them a new lease of life – to the point where conspiratorial chatter on electronic music forums claimed the tracks weren’t old and had actually been made in 2019. Woolford laughs: “They’re ancient! I’ve done well this year, but I couldn’t have made that one from scratch as well, especially as it’s so different to the rest.” Even in its new form, the music was hard for Woolford to send out into the world. “The whole thing was really emotional and it’s the one I felt most vulnerable about releasing, just because I was so young when I made it.”

Ultimately, though, that youthfulness gives it a refreshing, naïve purity. “It’s not built for a scene, it’s not made cynically,” he explains. “It’s just total expression, when you don’t know what you’re doing, when you’re terrified of life and all you’re doing is making music and getting on with it.” 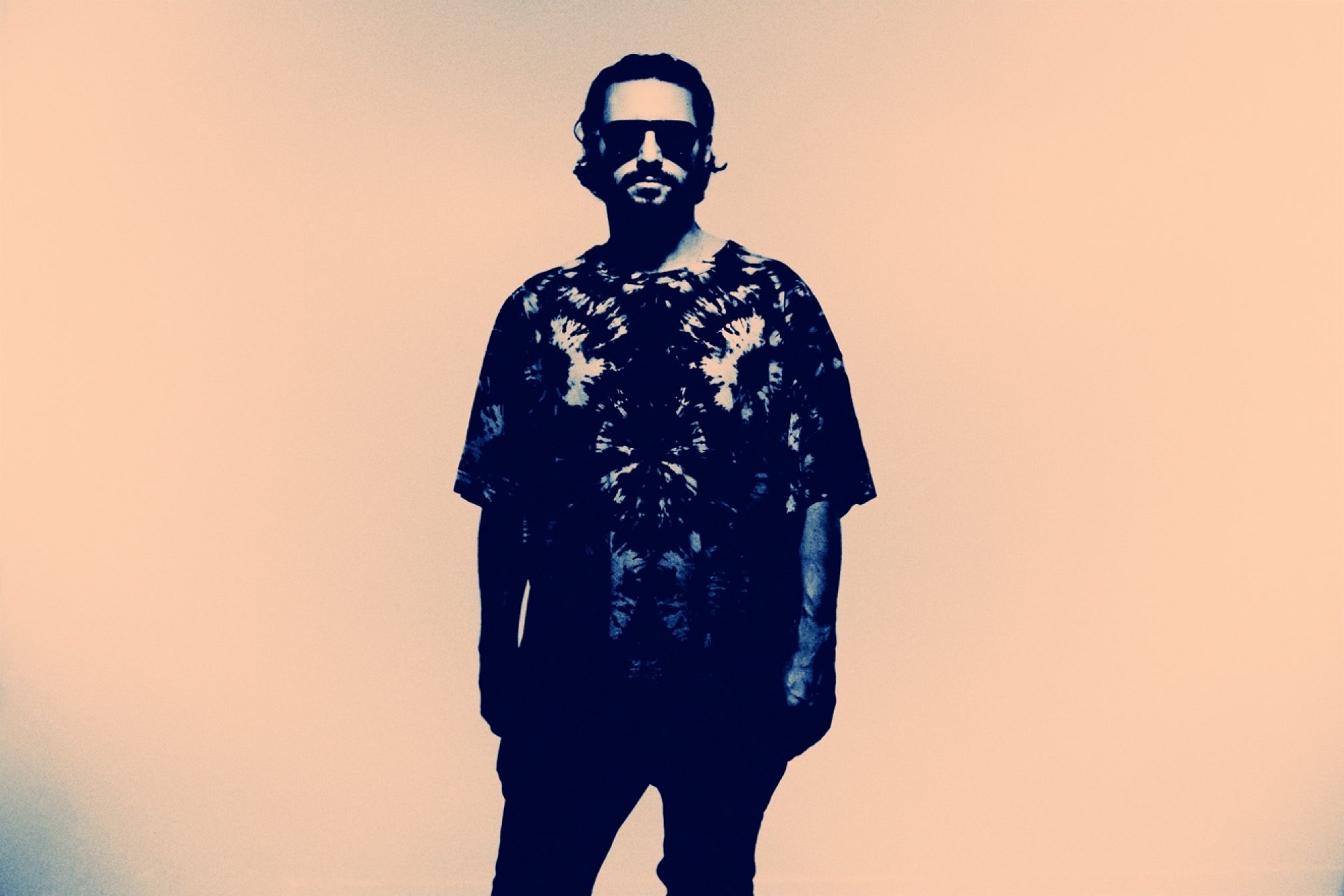 It seemed easy to sum up ‘Offworld’ via the producer’s one-sentence press release: “Offworld started off with the question: ‘What if [US r’n’b song-writing duo]Jam & Lewis signed to [Juan Atkins’ label] Metroplex?’”

But as Woolford now points out, a key (but overlooked) part of that sentence is the word ‘started’. While ‘Offworld’ begins with glistening r’n’b, it gradually melts into something else, something more urgent, such as the giddy electro of ‘Arse End Of The Moon’ and the blissed-out, galactical trip in ‘Front Screen Projection’. “I knew I wanted to do something around eighties r’n’b effects, Janet Jackson, Jam & Lewis… all combined with a certain type of warm, high-tech sound. I’ve had the idea for a long time, but I didn’t know how do it without people saying, ‘Is this the new direction? I don’t get it.’ I had to think about how to execute it.”

But execute it he did. And like ‘Bedroom Tapes’, ‘Offworld’ showed a vastly different – and even more unexpected – side of Special Request. It impressed and baffled people in equal measure, and you can’t help feeling those are exactly the reactions Woolford was hoping for. 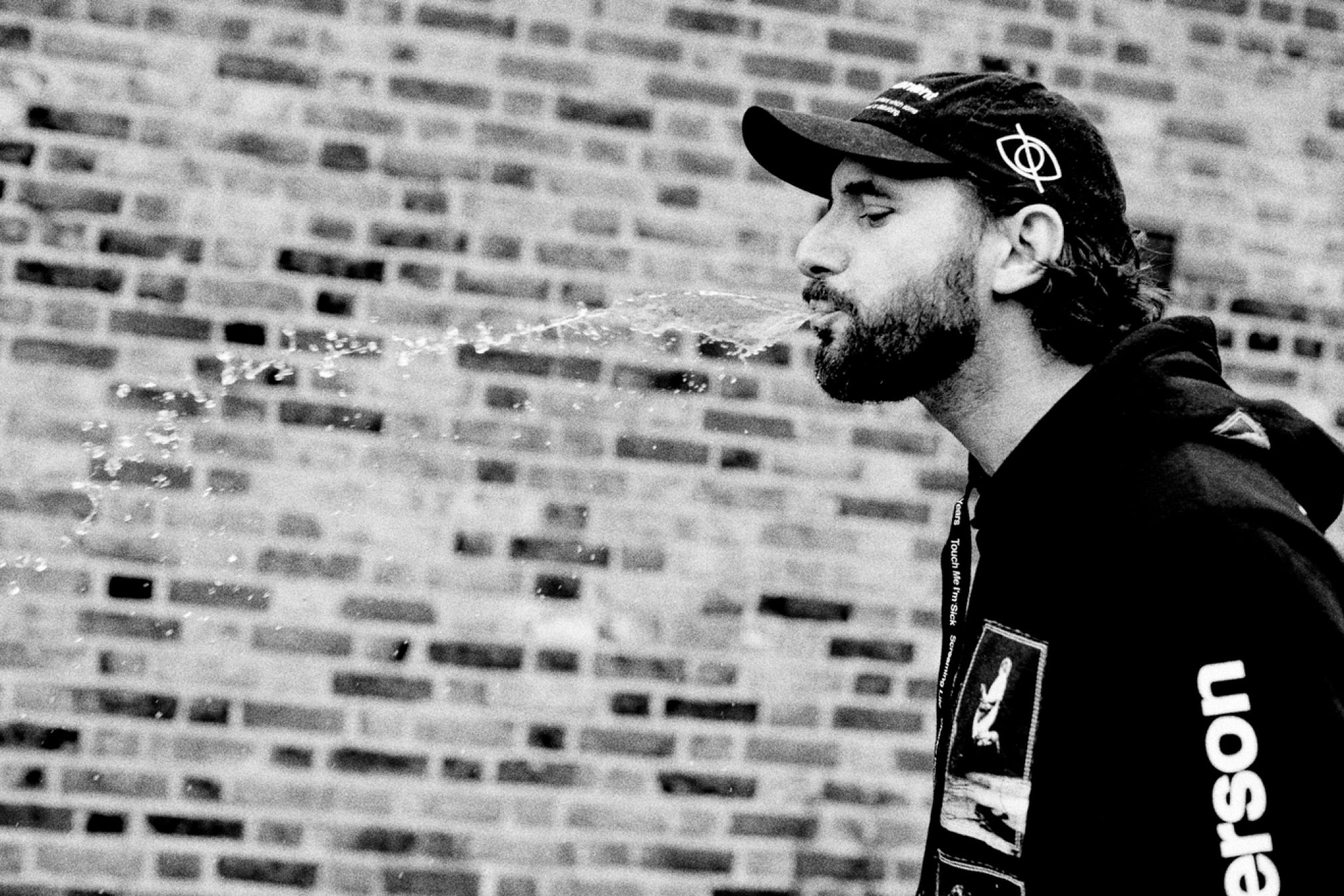 In November, Woolford tweeted the title and release date of his final record of 2019. Once again, the name said it all. If the last two albums rattled a few cages, ‘Zero Fucks’ rips those cages apart with its bare hands and screams in the face of whatever was in there. Anyone who thought Special Request was now Woolford’s spaced-out r’n’b vehicle after ‘Offworld’ will be proven very wrong indeed.

While the previous three records were released through Fabric-led label Houndstooth, the year closer wasn’t, instead standing on its own – and with good reason, as Woolford explains. “When you’re making music based on sampling, you’re restricted by what you can clear. In a way, ‘Zero Fucks’ is totally flying in the face of that, it’s the album that no record label could ever release. It would just be impossible: nobody could afford to clear it. So it can only be ‘Zero Fucks,’ which is pretty much the original hardcore attitude applied without compromising any components at all.”

Read this net: 10 releases that make Houndstooth an eyebrow-raising imprint

Woolford describes it as “a lot of information, but in a short amount of time” – which sounds abstract on paper, but makes sense when you hear it. The sound, he says, is “intense, heavy, but also really exhilarating. No holding back at all.” He’s not wrong. While the raw rave energy and brain-battering rhythms align with earlier Special Request (including the grittier parts of 2017’s ‘Belief System’), it exists first and foremost in its own wild, undiluted, sample-strewn universe. ‘Zero Fucks’ is very much the sonic embodiment of Woolford’s maximalist outlook. There’s a hell of a lot going on, even in the (relatively) more stripped-back moments like ‘Double Sicko’, which somehow threads together low-slung hip hop, jungle and industrial beats. It’s off-kilter, unexpected, hefty and compelling, and will mess with yet more heads in the best way possible.

Read this next: In Session: Paul Woolford

While ‘Zero Fucks’ may have been the final piece in a very large puzzle for 2019, it certainly isn’t the precursor to Woolford taking a breather before the next chapter. “I’m not releasing eight albums next year,” he says with a wry smile. But there’s plenty on the horizon, including a Special Request project for early 2020, Paul Woolford collaborative singles (featuring some surprising names), a collaborative album, material on Gerd Janson's Running Back label and the debut of Special Request live – “breaking the project’s final taboo,” he says. What that’ll sound like is anyone’s guess, though it will feature the mystical ‘Offworld’ modular synth. For now, though, we’re happy to hear Woolford hammer out a fierce set in De School’s basement, teeming with rushing techno, dancefloor filth, classic r’n’b hardcore, electro and a few waves of starry-eyed ambience to keep people on their toes. It’s the same subtly mischievous, keep-’em-guessing approach which permeated his somewhat unconventional 2019 release schedule.

“All year, so many people have said to me,‘What are you doing releasing four albums? Are you mad?’ No I’m not, I just want you to feel what I feel when I’m making these albums, because I feel fucking amazing when I’m doing it. It’s nothing more than that.” More of everything, everywhere, all at the same time.