Circling Sheffield’s city centre on a Saturday night feels like a game of bumper cars, dodging around drunk characters who are freewheeling for a good time. A man narrowly avoids cannoning into a group of high-heeled freshers after urinating in a corner and rushing from the crime scene. Patrons of the corner chippy, greasy containers in hand, have colonised the pavement, forcing a tangle of pissed-up pub-crawlers to detour West. Unbeknownst to this traffic jam there’s a hushed reverie taking place around the corner at No Bounds Festival.

Inside the confines of Trafalgar Warehouse, experimental South London producer Klein coils her vocal around audio clips of the film Precious during her AV set. Thick green fog shrouds her figure, rendering her a disembodied voice beckoning to the obedient masses.

At the second edition of No Bounds, a three-day celebration of technology, art, and electronic music culture, such mind-provoking experiences are precisely what the festival was intended for. Liam O’Shea, its chief organiser, wanted attendees to embrace unpredictability and “ask questions, but write their own answers”. “It’s the communication of ideas,” he explains; “it’s finding our place in the world, as individuals, and as a city.”

Historically, the Steel City has been accustomed to taking a few blows from the battering ram. It was appointed one of England’s centres for munitions production during the Second World War, and became a prime target for bombing raids. The irreparable damage that occurred, coupled with the decline of manufacturing industries throughout the UK, the closure of major steelworks, a devastating flood, and various recessions have left Sheffield reeling. Ever since, electronic grooves have replaced the sound of factory clangs for some South Yorkshire citizens. Here is the birthplace of the pioneering bassline club Niche and Warp Records – label home to Aphex Twin, Boards of Canada, and Oneohtrix Point Never. Similar to Detroit and Berlin in the early 90s, Sheffield’s citizens sublimate the harrows of urban blight into a richly textured DIY cultureY culture. 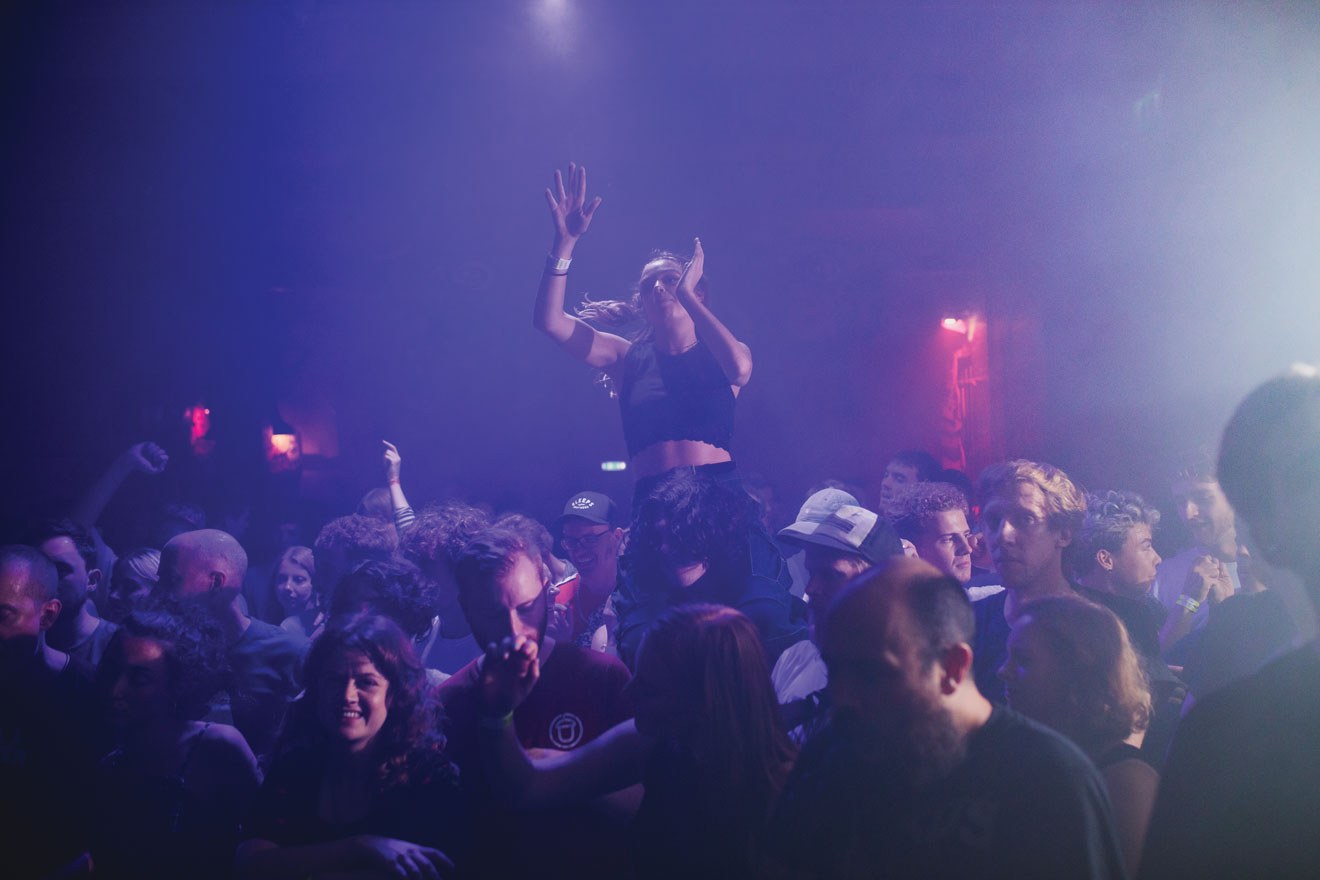 “It’s a hard city here. There’s not a lot of money, and people have had to make do with what they got,” says O’Shea. Zipped up in a maroon puffer and dark blue jeans, he speaks with a wiry energy in spite of all the sleepless nights. His eyes flit behind his Ted Baker glasses, hands clasping and unclasping.

As a self-described “child of the rave generation, but also a rocker”, O’Shea moved to Sheffield from Nottingham in 1991 and promptly threw himself into band practice and the trenches of the city’s clubs. He brims with details about his bygone solo music projects (“an exploration of maximalism”), his love for jazz theory (“a doorway that opened up that’s never shut”), and the various genres he dabbled in before he finally decided to champion the local scene. After a creative burn-out in 2008 he got back on his feet to unite underground producers and musicians on the compilation ‘Mixed In Sheffield’ and follow-up ‘Remixed In Sheffield’.

The personal gratification of showcasing South Yorkshire’s “underground heartbeat” led him to more community-based collaborations. In 2012, he founded the venue Hope Works. It’s No Bounds’ main location and has booked The Black Madonna, Helena Hauff and DJ Stingray, among others. O’Shea frequently appears on such line-ups under the DJ moniker Lo Shea. Through this now six-year commitment, he’s acutely aware that Sheffield’s strengths are in its repurposed creative spaces. That’s why No Bounds hosted its various talks, women/non binary DJ workshops, and tech events in an 18th century iron foundry (Testone Factory), a post-industrial art gallery (99 Mary Street), and the longest-running free media lab in the UK (Access Space Labs) respectively.

Hope Works itself is raw and rave-ready. What was once a WWI gun barrel factory now has spray-painted figures with splayed limbs and Xs for eyes hanging from the rafters. French vocalist Coucou Chloe slinks slowly in front of the audience repeating “Love the way I ride it,” as smokers on pleather couches out back nod along. It’s a party that doesn’t take itself too seriously. Friday night is pissing down, but the punters outside – a mix of uni students and Northern natives with glowsticks – puddle-stomp the cold away. 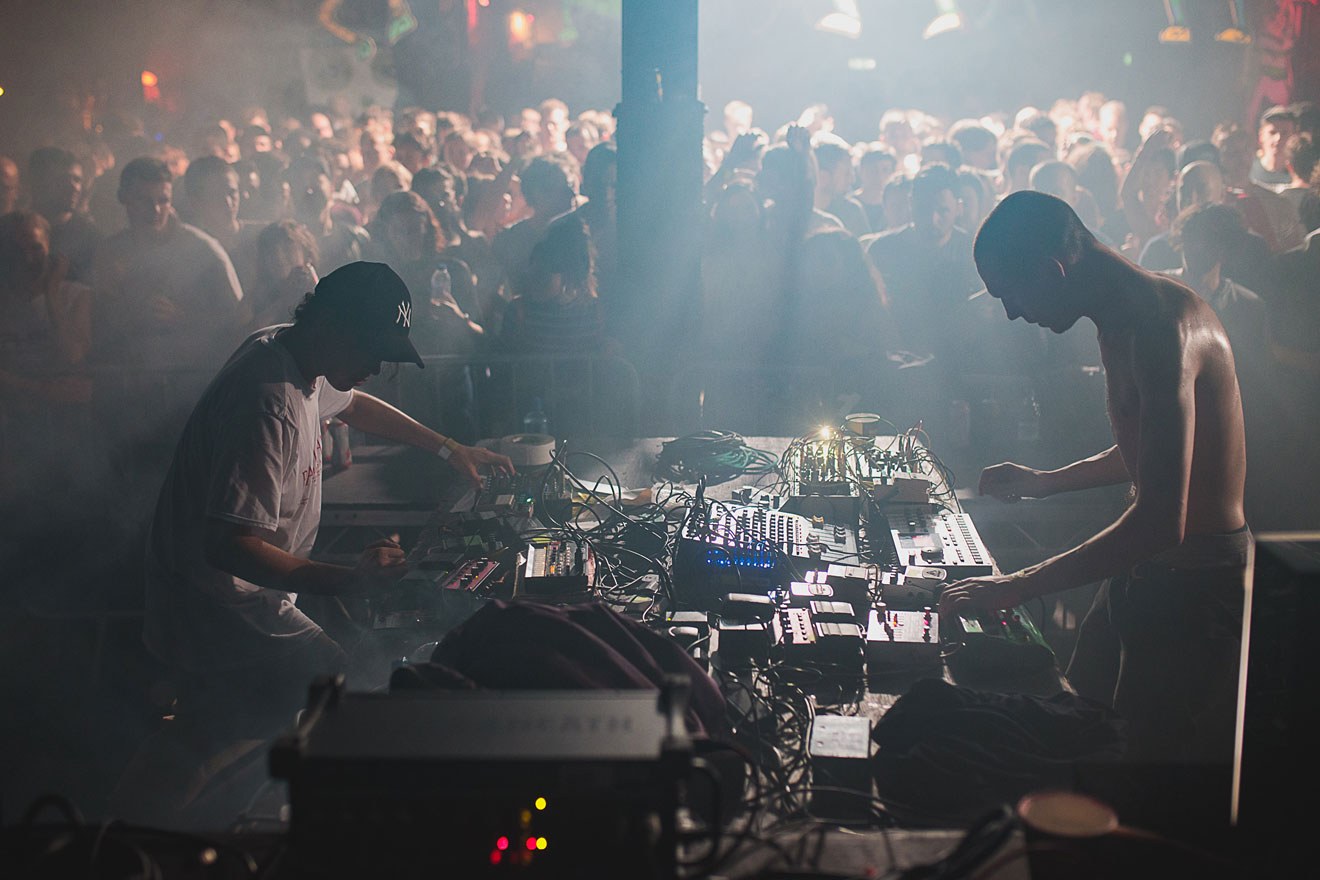 For punter Nasim Luczaj, from Poland, the line-up was the attraction. “I saw Aisha Devi and immediately booked a ticket from Glasgow,” he says. The No Bounds curation showcases Sheffield’s electronic musical heritage along with a blast of outsider influences. On Friday, UK bass strains from Dillinger and Winston Hazel sit alongside smatterings of techno and leftfield club acts. In the courtyard, selector Thorpey from local bassline collective Off Me Nut tosses in a bawdy edit of Avril Lavigne’s ‘Complicated’. This zone bridges into the High Density Energy Chamber where algo-ravers are coding their next beat. Saturday, meanwhile, dips into East African new wave, punches up the four-on-the-floor kicks and exchanges algo-glitches for the 808 pulse of old-skool electro. The standouts are Errorsmith’s live set with a pitch-varying vocal instrument, and London’s Object Blue delivering a protean mix of rhythmic workouts and sinewy techno, clad in a white dressing gown.

“I think [No Bounds] is going to be a staple,” says Steffi, one half of Manchester-based DJ duo Blasha & Allatt. Both she and Tasha were co-ordinated in all-black at the DJing workshop they led at 99 Mary Street. “I don’t think there’s any other UK festival that has such a focus on experimental sound,” she continues; “the idea behind it is to also make it really balanced, male and female as well, which I think is amazing.” When they spin later in the High Density Chamber’s cramped barracks, Liam is dancing next to the booth in full support.

No Bounds is in its second year, and the organisers are keen to maintain a sense of authenticity as it grows. “The thing here that makes it special is the fact that it’s contained,” says student and local promoter for Pretty Pretty Good, Adam Stevenson. “Too much international recognition leads to commercial interests working their way into the music culture.”

O’Shea knows this, and is embracing the moment. “There’s hardly anyone there who knows about [No Bounds],” he says. “I quite like that; it’s a magic period, really, because it’s a bit of the Wild West, it’s a bit unknown, it’s a bit uncharted – and that’s exciting. I don’t want to lose that.”

At Sunday evening’s closing party, it’s almost as if the weekend’s sleep deprivation never happened. The venue, Food Hall, is rollicking with the full spectrum of ravers and feels almost more jumping than the big room dancefloor of the previous night. Typically Yorkshire, the Steel City never shouts about itself. But what a time to lean in and listen.