Mixmag’s DJ of the year isn’t just a fantastic, eclectic selector, capable of lifting a dancefloor to a state of euphoria, she’s a force for positivity and change at a time when we need it more than ever

As far as birthday presents go, The Black Madonna’s haul isn’t looking bad. She’s hardly five minutes into her set at Liverpool’s Invisible Wind Factory – and barely an hour into her 39th year – and she’s chalked up a jacket (directed to the DJ booth with an adulatory zeal), a stage invader (same, pretty much), and a greetings card from two people down the front (‘All You Need Is Love’ reads the message, of course). You could say The Black Madonna’s fans are demonstrative types, but then so is she. Whether it’s turning pirouettes in the booth to bathhouse disco or plunging the crowd into a 5AM singalong to ‘Pump Up The Jam’, Marea Stamper can convert the most resigned 1AM agnostic into a believer by closing time. But while a danced-out Mixmag seeks replenishment from a backstage birthday cake, she knows her limits. “It’s the last year of my dirty thirties,” she reflects, sagely, declining a celebratory bottle of bourbon. “You don’t have to end every birthday by barfing on your shoes.”

The Black Madonna: if there’s anyone who has stopped dance culture from barfing on its shoes, it’s her. At once ambassador, agitator and outsider-in-chief, she has risen from the brink of obscurity to become a powerful and positive force within electronic music in 2016. Triangulating the sweet spot between techno, disco and house, Marea draws from a font of 50 years of dance music – and its original messages of unity and radicalism – to create a tonic for the present. And we can’t get enough. This summer saw her conquer everywhere from Dekmantel to DC10, catapulting her to even huger audiences than the ones she’d established through her marathon Panorama Bar DJ sets, seismic Boiler Room outings and releases for Home Taping Is Killing Music, Stripped & Chewed and Argot. Now, as the dust settles on a victorious 2016, here’s one Eternal truth: dance music is better with her in it. 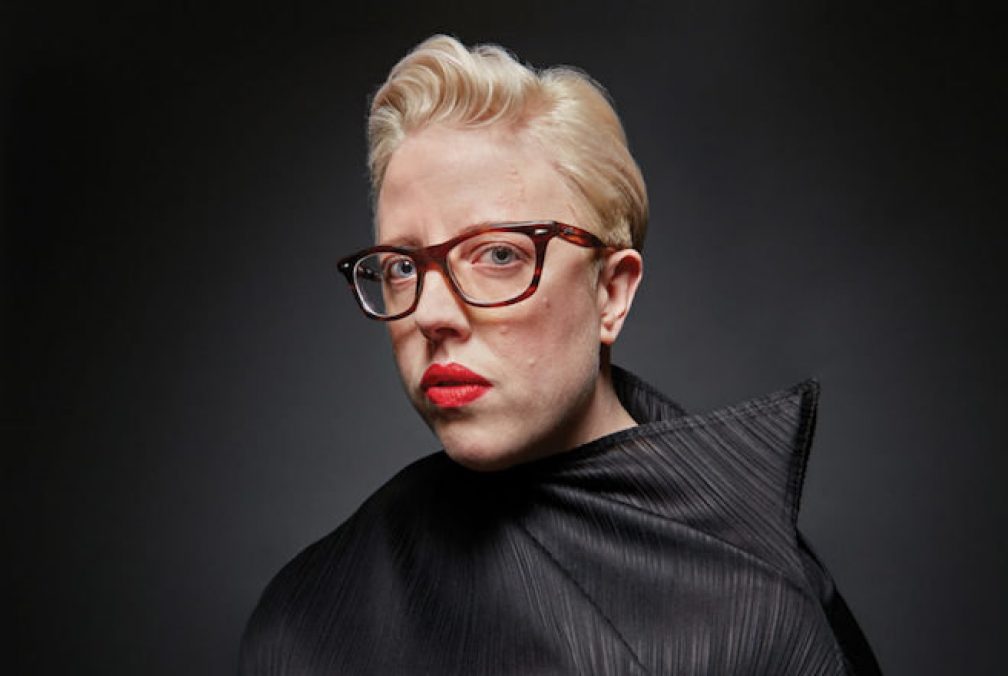 As we hitch a ride on the final weekend of a gruelling European tour, Mixmag is immediately struck by her warmth and sense of humour. But then it’s these very qualities that, she claims, have facilitated her success. “We were just coming out of the age of steely, emotionless techno guy,” she smiles, over a restorative pot of Earl Grey the day after her birthday celebrations. “Then I come in and I’m like, ‘Hey, what’s up you guys! Love yooooou!” Less heart-hands, more hand on heart, Marea is the inverse of emotionless techno guy: excitable, articulate... maternal? “You know, there’s a little mom thing in it too. Totally. Totally!” But if she’s dance music’s mom, she’s a rad, weird and decidedly cool mom. Dressed in a black vest, her prominent tattoos and short, freshly bleached undercut marks her out against the formally dressed group that drifts into the hotel lobby: a zine writer, perhaps, lost at an estate agent’s away day. She’s also a voracious reader and a practicing, if progressive, Catholic – her alias refers to some of the oldest European icons which depict Mary with dark features, made of dark wood or stone or darkened over time by candle smoke: a charged symbol of spirituality and femininity.