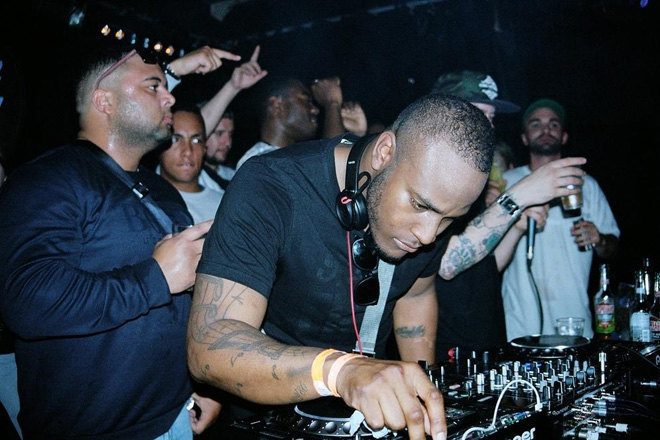 Bassline is back in all its ground-opening glory.

Some say it never left, that its sonic blow was simply softened by the UK house explosion and that it was just repackaged as "bass music". However, for a lot of us old-skool Niche ravers (Sheridans, too), the Yorkshire sound and scene that the South of England shut its doors on after the 2007 hype of T2's 'Heartbroken' had seemingly lost some of its bounce and its authentic, raw edge. But that's not all: with the closures of bassline-heavy venues — Niche being the main one — and politics behind the scenes, many of the scene's top DJs and beatsmiths started to enter new arenas, such as grime (Swifta Beater) and house (X5 Dubs).

The work of producers in the likes of Holy Goof, A1 Bassline and scene supergroup TQD (Royal T, DJ Q – who is pictured above – and Flava D) and DJs in Hannah Wants hasn't gone unnoticed, though: their open love for early bassline/4x4 has been instrumental in people still caring. But with the advent of The Bassline Festival in Manchester, the re-opening of Niche in Sheffield and the return of T2 — who has recently joined forces with Mr Virgo and TRC to form The Bass Mafia — the genre's elder statesmen are creeping back in and ready to reclaim the synth-bleeding, bass-drenched cousin of speed garage and show the new kids on the block how it's really done.

With things looking up for Bassline 2.0, here are 25 classic cuts for you to get your teeth into.

Joseph 'JP' Patterson is Senior Editor at Complex UK and regular contributor to Mixmag. Follow him on Twitter