You might have heard that Patrick Topping launched his label Trick earlier this year. The Newcastle producer and former Mixmag cover starcover star took care of the first two releases - 'Watch What Ya Doing' and 'Turbo Time' - and he's lined up Elliot Adamson, Bryan Kessler, DJ Deeon, Gettoblaster and Alex Virgo for future output. Put simply, we've got a heavy batch of techno, tech house, electro, house and disco to look forward to.

Naturally, Patrick's decided to take the Trick brand on a European tour in October and November, making stops in his hometown Newcastle, London, Amsterdam, Derry and Manchester for The Warehouse Project on November 8. He's curated a hefty line-up for that show, with the likes of Eats Everything, Luciano, Sally C and Paco Osuna DJing, while Octave One, KiNK and FJAAK playing live. Ahead of the party, Patrick's reeled off some of his favourite tracks and sets from those joining him on the night.

Luciano is one of my biggest inspirations. It was him and Sven Väth who turned me from more commercial electronic music onto house and techno in 2009. I've been trying to book him ever since in Newcastle, but now finally, 10 years later, he is playing for my new Trick brand. Buzzing! My favourite track of his is a mash up him and Lil Tony did of Lumidee's 'Never Leave You'.

Eats Everything is by far my favourite person to play back-to-back with and he's also probably my favourite producer of the last few years. He has so many edits which he so nicely shares with me and they're all monsters.

It's an absolute pleasure to have Spain's biggest DJ play Trick. He's been supporting some of my tracks lately, such as 'Watch What Ya Doing', which made me so happy. I've seen him do heavy techno sets, but also more bouncy tech house sets. I'm excited to see which way he goes.

KiNK is regarded by many as the number one live act within house and techno so it was a no brainer to get him involved! As well as that, he's an absolute beast of a producer. I've hammered loads of his tracks such as 'RAW', 'Neutrino', 'Traffic' and 'Perth'.

So honoured to have Detroit techno legends Octave One play a live set. This is one of the acts which really make the line-up stand out I think. The Full Strings Vocal Mix of 'Black Water' featuring Ann Saunderson is one of the all-time classics within the scene, but my favourite is the more recent track 'Believer'. 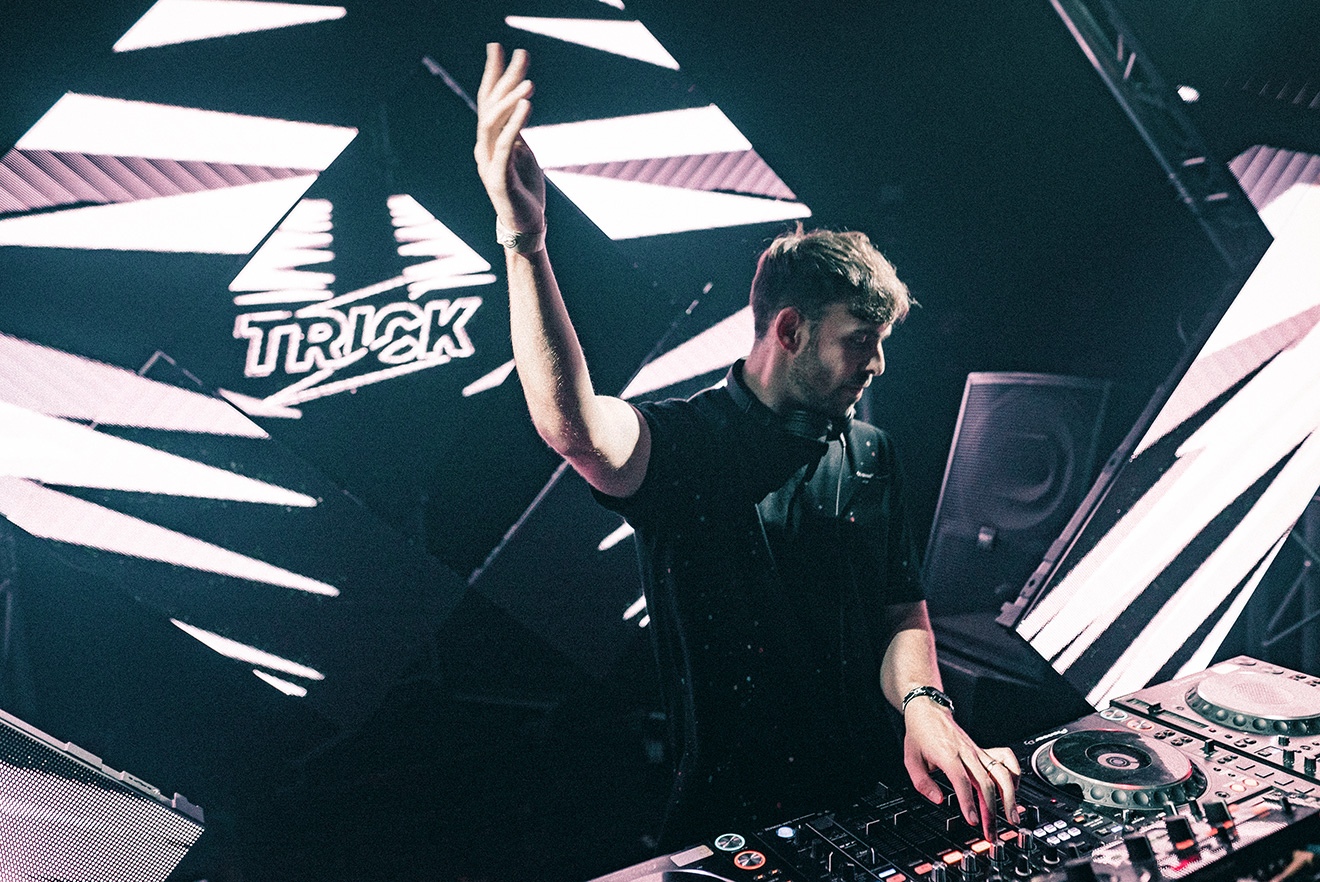 The 'techno boy band from Berlin' are now one of the biggest names in modern techno and I've been hammering their stuff. They are doing a live show at Trick and some of the tracks I'm hoping to hear are 'Drugs', their remix of Missing Channel's 'Onslaught' and my favourite, 'Keep The Funk'.

Kettama is one of the standout producers of the last two years. I've played so many of his tracks. He has his own unique sound, which is raw, banging and a bit leftfield, but it's got massive party ready appeal. He's a beast of a DJ, too. 'Raw Cuts' is now a classic.

I've been following Cinthie for a while, but I've not had the pleasure to hear her DJ live yet so I'm really looking forward to hearing her play. She runs the wicked 802 Crystal Grooves label and I lover her classic house sound. 'Together' has been a huge track for me.

Sally C has a reputation for being a truly top selector. Her sets are full of energy; I love the vibe of them. Just look at how her Boiler Room goes off. The way she gets into it when playing is infectious.

Million Dolla Man 'Love You For The Rest Of My Life'

Elliot Adamson has been supplying me with bangers for about five years now and we've become good mates. He's helping A&R at the label and his 'Electric Acid Tater Tots' EP is the next release. It's absolute fire! He's an insane DJ, too, and is the first to be brought in as a Trick resident apart from myself. His Million Dollar Man alias is also unreal. 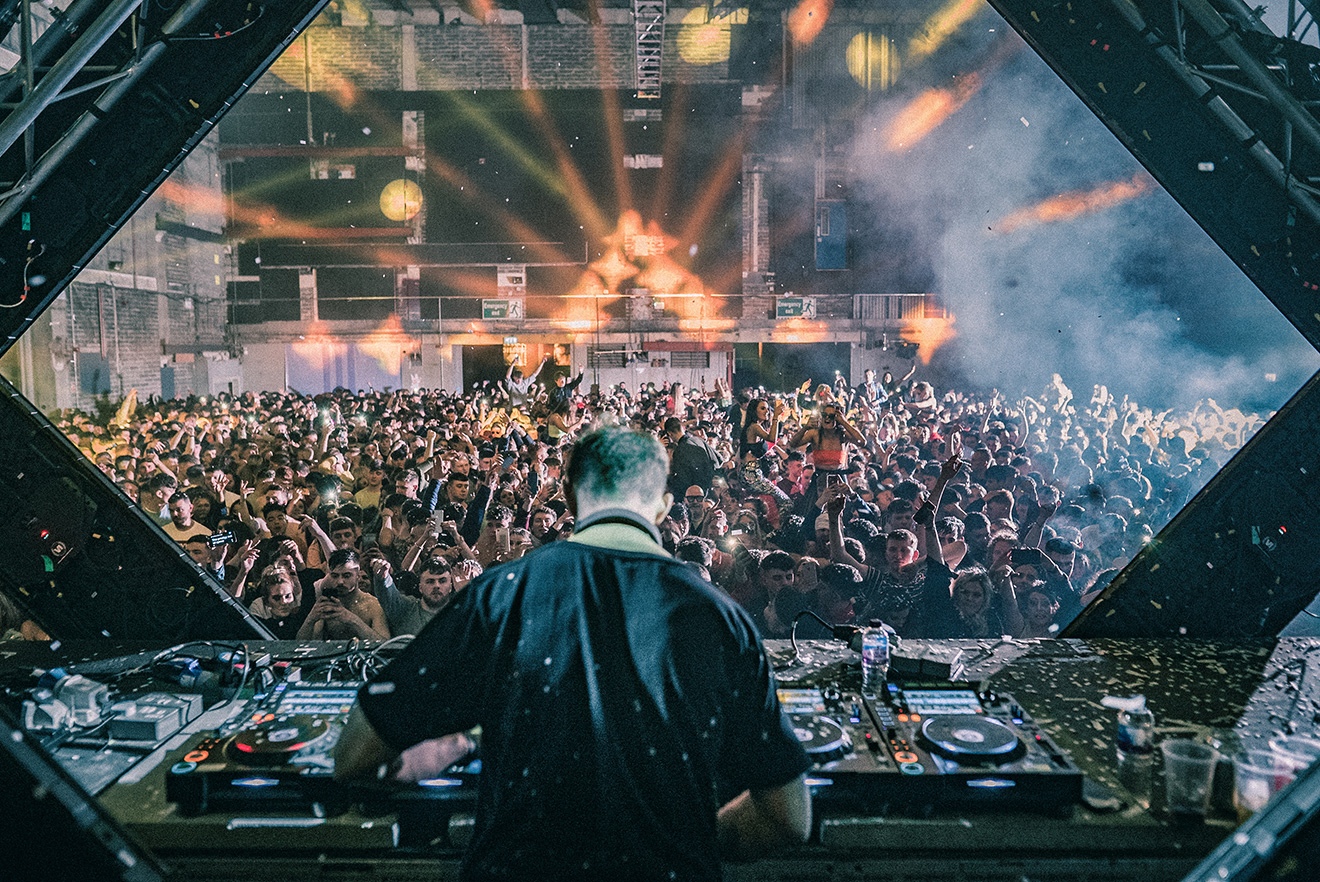 Bryan Kessler 'Such A Sweet Ability'

Bryan Kessler is a poet, vocalist, producer and percussionist from Cologne, Germany. He's also a mad character and someone I'm very excited to have involved with Trick. His productions are amazing and he has a track on the way on Dixon's Innervisions, as well as his 'Fun Is Fun' EP on Trick.

I'm so happy to have Nancy onboard with her amazing live show. I love her take on techno and her track 'Joe Blakes' has been massive for me. She's Irish, too, which makes this even better.

Drake 'One Dance' feat. WizKid & Kyla (US' No Sex In The Champagne Room edit)

Daddy Dino, aka Mike Palladino and US [with Kevin Saes]. My mate from New York city who I met about five years ago and have become good mates since. He's done vocals on my forthcoming track 'Real Dungeon Freak' and he's currently living in Manchester so he had to be on this party.

Smyth has been a mate of mine for nearly 20 years so I'm buzzing he's playing I've been hammering his tracks, as too has Alan Fitzpatrick.