​Not quite ’89: The return of clubbing in Berlin — reviewed - Features - Mixmag
Home Latest News Menu

As the smoke twists through the trees surrounding ://aboutblank’s open-air dancefloor on a Sunday night, the remnants of escapist feelings lost to an 18-month hiatus very hazily reappear. The soundsystem is raucous enough to lead a thud through the wooden-decked dancefloor and up through the bodies of barely 100 clubbers who coalesce, treading steps to euphoric minimal techno. Berlin has been in hibernation for almost two years along with the rest of Germany, but a comeback strong enough to reignite the same energy as its revolutionary 1990s prime can almost be tasted in the air.

Berlin’s club scene has become an integral part of the city’s long history. Nightlife is the glue that holds together both its cultural heritage and hedonistic ethos while helping to prop up an economic system once flatlining at the hands of a post-war government. An annual financial report in 2018 nodded to the booming success of the Berlin nightlife industry, bringing in €1.5 billion in just a year with an estimated three million tourists visiting Berlin annually to experience its clubs. It seems likely that this figure kept upscaling as Berlin grew into an ever-more fashionable destination leading up to that dystopian 18 months, with gentrifying neighbourhoods obscuring the memory of the city's anarchic pinnacle of 1989 when the wall fell. Although the feeling of post-lockdown freedom is incomparable to that moment, the electric buzz of reunion and frenzy in the air is undeniable.

At the start of September, the German government made the very quick turnaround decision to allow clubs to reopen indoors following pressure from industry figureheads. Though the surprise announcement came as a shock to many, it had been long since backed by Berlin’s Clubcommission - an organisation advocating for German nightlife. “We’ve collected over €2 million from all over the world, and had our consulting teams stock more than 250 clubs,” the Clubcommission’s spokesman, Lutz Leichsenring, told Mixmag in relation to their pandemic initiatives. “All of the help programs we initiated with the government led to no [club] closure." 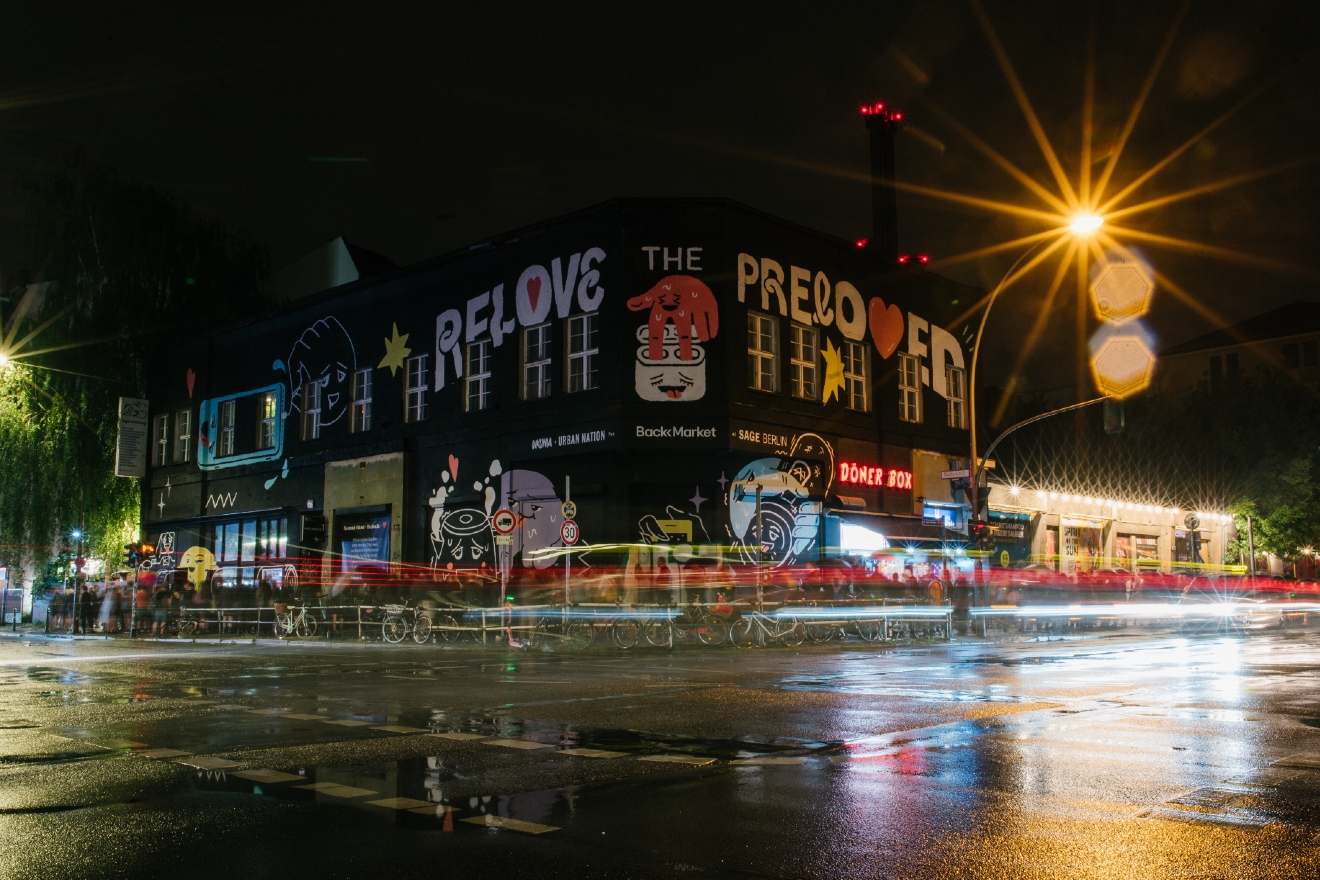 As nightclubs scrambled to open their doors by the weekend following the Wednesday announcement, many took a more relaxed approach. Unlike the UK, most clubs have been funded sufficiently enough to stay closed even after the pandemic, and comfortably so, with room to prepare for a larger-scale reopening by their own watch. “[The government] could have done more, like using the spaces differently or freezing [venue] rent for a couple of months,” argues Berlin resident Jules, who visited Club der Visionäre over the weekend, although she agrees that the government’s handling has been “better than other countries”. She tells us when back on the dancefloor, “the energy level is extremely high, almost tangible.”

Two of the city’s most renowned clubs, Berghain and Tresor, remain closed indoors and could stay that way “until at least October”, according to Lutz. A large majority of Berlin’s influential clubs reopened outdoors during the summer months, as permitted by the government, but with tighter restrictions in place such as mandatory mask wearing and capacity limits. “We are now open with ‘2G’ - only for recovered and vaccinated people - but most of the clubs that are currently open are the ones who have already opened back up outdoors,” said Lutz. “The most problematic part is the live concert venues that work with touring bands and artists.”

Read this next: Review: Berghain invites people to peek at its debauched dancefloor

“In Germany, every district has different rules, so planning a tour is virtually impossible. It’s also hard to plan a tour for the fall when it’s believed that the [cases] will rise again, so they don’t know if concerts will happen or have lower capacities,” he continues. “We have venues that are relying on tourism, but obviously we don’t have many tourists in the cities at the moment”. A forthcoming governmental vote could determine the fate of Berlin’s clubbing future in the coming weeks. On September 26, Germans will elect a new chancellor, and the shift from tight COVID restrictions to potentially even tighter, or perhaps curtail entirely depending on the election result.

For now, though, club-goers are enjoying their taste of freedom. As punters take to Berlin venues by storm on the opening weekend, maybe even with a little more chaos than England’s July 19 celebrations, queues snake around street corners for Sisyphos, Kater Blau, KitKat, and plenty more opening their indoor spaces for the first time in almost two years. “You can feel the excitement,” says one clubber, David, who headed out to Berlin from Spain for the milestone moment. He’s just leaving ://aboutblank where he’s been dancing all evening. Despite only being open outdoors, it feels like the energy is reset to its original pre-COVID levels, or as David calls it, “a very special atmosphere”. 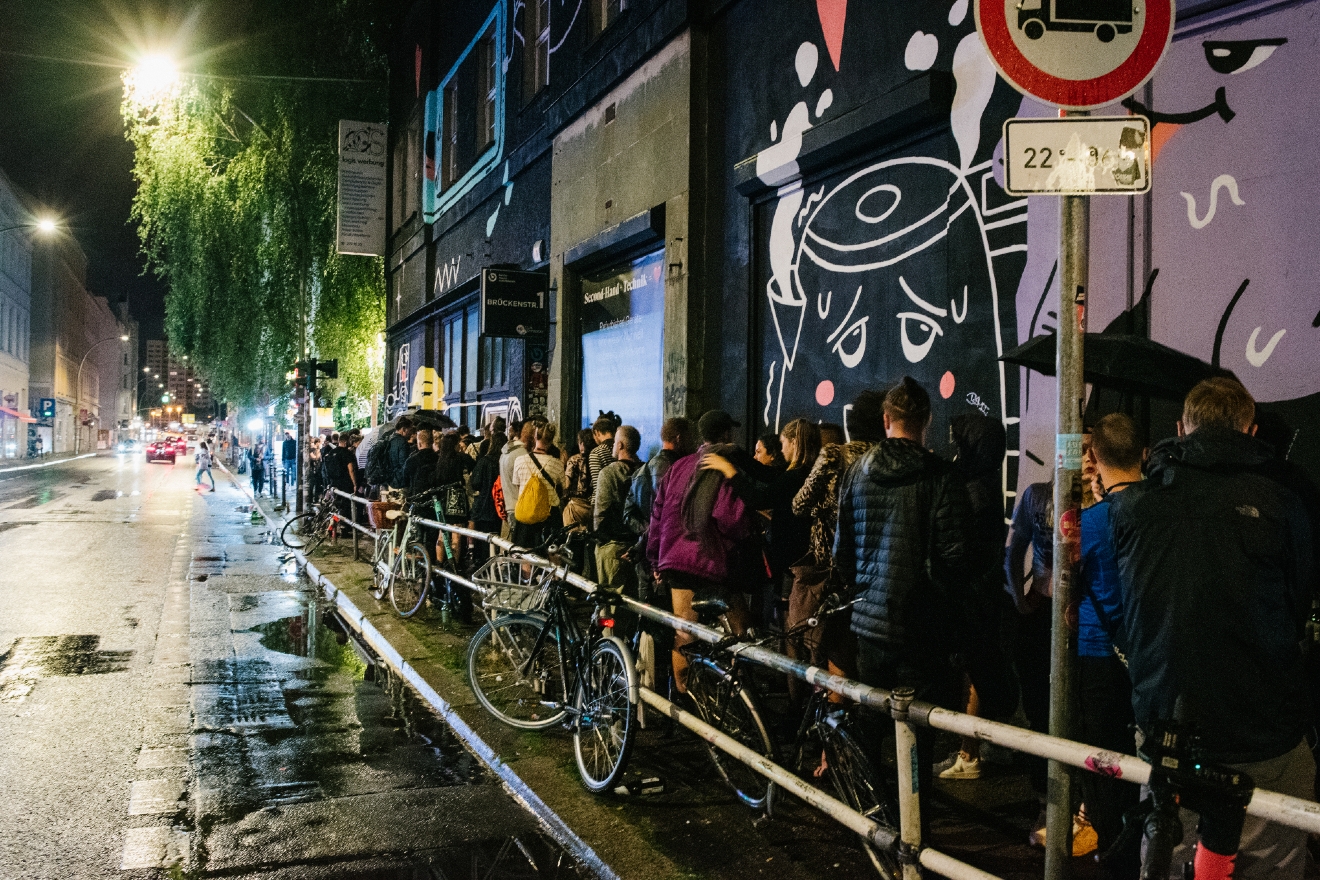 Elsewhere in the city, Berliner’s are back to their usual 7:AM spill into the city, red-eyed and sweat-stained, but happier than ever. Without the added tourists, the city feels like a step back into a much distant past. “On Monday morning, I saw people having an after-party on the U-Bahn train! I haven’t seen that in over a year and a half,” jokes Max, who visited Kulturhaus Kili over the weekend. “It doesn’t feel like there has been a pandemic between all of this.”

Read this next: New book HUSH documents Berlin clubs in the time of coronavirus

While it's easy to get caught up in the excitement of reopening, there are longstanding problems associated with Berlin's club scene that need to change for this rebirth to be a success. International investigative publications such as the New York Times and Der Spiegel have reported on racist club staff and door policies across the last decade, and clubs have continued to come under fire since the turn of 2020. Salon Zur Wilden Renate being one, following claims of in-house racism from an ex-employee last year. Similarly, Greissmühle’s offspring club Revier Südost is currently dealing with allegations in the same vein after a club-goer reported racist remarks from staff, barely a year since it first opened. The latter is staying closed while it begins an internal investigation, while the former is reopen to clubbers both indoors and out after issuing an apology and outlining action taken in response to the allegations, including anti-racist staff training and implementation of a company wide anti-discrimination policy. Nightlife across the world is gradually entering a new post-pandemic era, and while Berlin’s club scene doesn’t adapt very often, there are signs of new beginnings within its firmly rooted system with new venues such as Plötze and ÆDEN opening up in the city. Following in the footsteps of '89, let's hope a new revolutionary heyday can unify Berlin for everyone to enjoy.

Find out more information on how to club safely - or reopen your venue safely - here via Berlin Clubcommission, and find out more on Germany's Nighttime Recovery Plan