Jensen Interceptor is taking clubland thrill-seekers on an unforgettable journey across dancefloors with his menacing brand of unbridled electro and techno.

Just like the car model that he’s adopted as his moniker, the Australian producer’s steely sound is sleek, speedy, elite and tenacious. An electro road warrior with a dynamic and innovative ear, Jensen Interceptor, real name Mikey Melas, has spent the last 10 years grinding in the studio and his productions are currently operating at peak performance. The release of his debut LP ‘Mother’ in the Fall of 2018 on Maceo Plex’s Lone Romantic imprint gained critical acclaim across the board and his music is consistently played out by DJ titans such as DJ Stingray, DeFeKT, The Hacker, Helena Hauff, Boys Noize and more.

After a wildly successful European tour, Melas made the jump from down under to set up shop in Berlin where his frenetic and high-octane sets are wowing both the clubland capital and the rest of the continent. Fresh off the release of his bristling and aquatic EP ‘The Ultimate Wave Riding Vehicle’ on Scottish imprint Craigie Knowes, Jensen Interceptor has thrown together a multifarious mix of trap, dub, acid, SoundCloud randomness and a whole host of masterful electro for the next installment of our Impact Mix series.

Check out the Q+A and tune into his mix below. 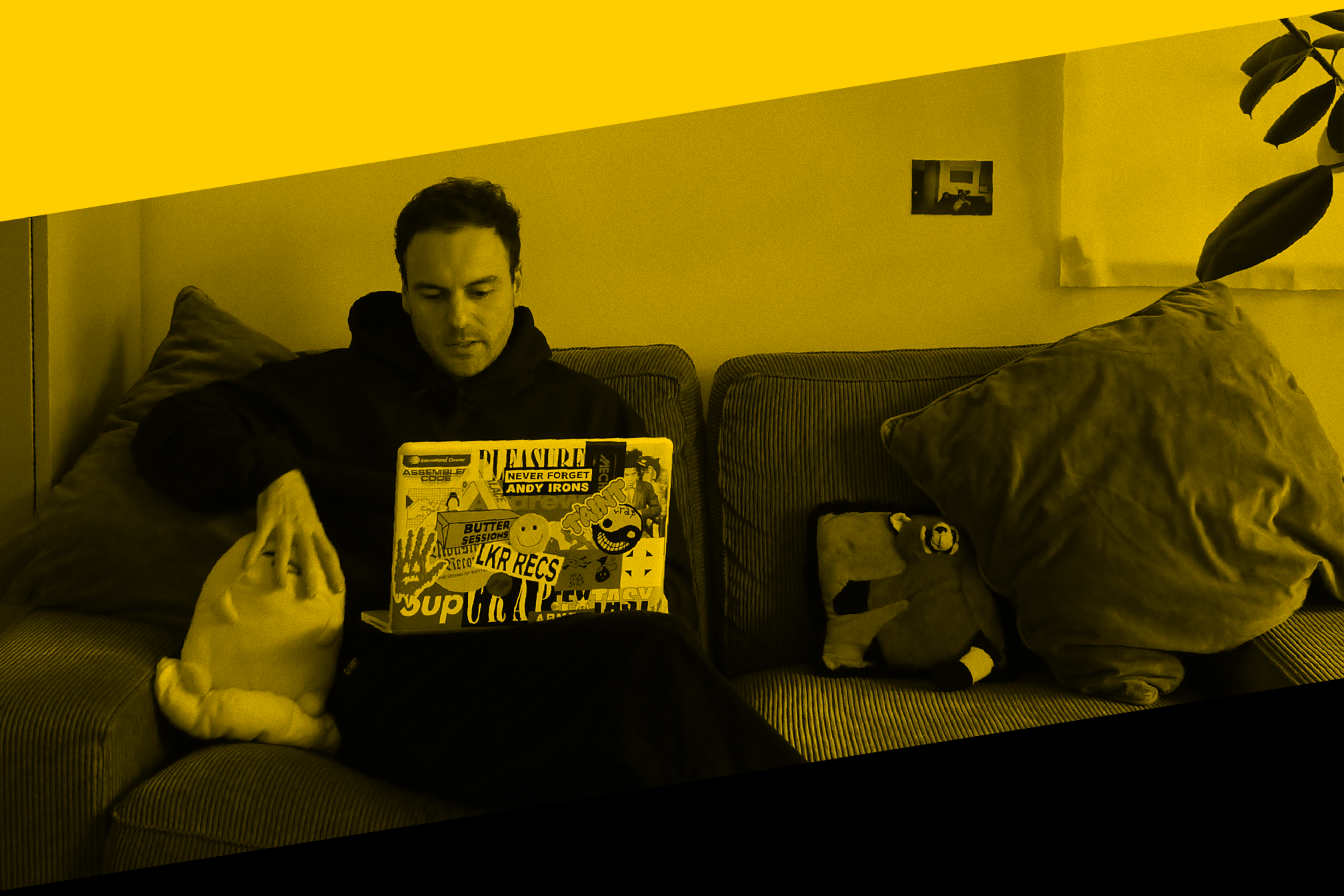 What are some of the early electronic records that made a serious impact on your sound? What year did you start diving into the world of electronic music over in Australia?

I was lucky enough to start at an early age. Around 96 I started to get into dance music, maybe a little bit earlier. Thanks to my older brother. He was into gabber, hardcore, heavy hardcore, techno and house. I wanted to be just like my big brother, so I would just go into his room and dig through his records. Whatever he was listening to I just automatically wanted to like and would listen to it as well. Some of the earlier ones that really kind of set it off for me was The Hacker and Miss Kitten's first album and all the early Gigolo Records. At the time I thought "wow this is cool, this is the kind of music I want to make”. Then obviously there was Dopplereffekt, anything by Kraftwerk and Plant Rock as well. Also plenty of hip hop - Three 6 Mafia, DJ Screw, NWA and lots of Ice Cube.

How did you first get into DJing and producing? Can you tell us a little about your first music project, Light Year?


I first got into DJing thanks to my good friend Jordan Feller who was the other half of Light Year. He was used to run a club night and he actually gave me my very first DJ set. We hit it off instantly, we had real chemistry. It was after that first gig that I actually first realized I could pursue a career DJing. At the end of the night, Jordan handed me a couple hundred bucks and really opened Pandora's box. To make my DJ sets better, I started editing tracks and making bootlegs. Jordan was the only guy I knew doing production at the time so he helped me get my start.

The edits slowly turned into remixes and before we knew it, we had original tracks. Some other friends of ours were big in the scene at the time in Sydney and started a label called Bang Gang 12. From there, Light Year was born. We put out a handful of records and toured the US and Europe a few times. After all of that, we were at a bit of a crossroads. Every time we went into the studio, we were just kind of coming up with different ideas which ultimately led to us going separate ways. I wanted to go darker, tapping into the electro sound - rediscovering music from my youth. It was the very first project either of us had ever done, so it was only natural that the deeper we got into production, the more we wanted to try different things. The only way you grow as an artist is by repetition and putting in the hard yards. It was just a really organic thing, because we're such great friends and very supportive of each other. Now, Jordan has a band in LA called Neil Frances that is really popping off. I couldn’t be happier for him.

How have you seen the electro scene evolve since you first started releasing music as Jensen Interceptor in 2012?

I guess things happen in cycles. And who knows, in five years time, fidget house or Baltimore club could be the next big thing. I don't really know. It's amazing that a lot of big artists and mainstream acts, or DJs outside of the genre, have started playing electro in their sets and producing it.


For me, those early influences were always there. I didn't come out straight off the bat producing electro because back in 2012 because I didn't really know how. With each release, my techniques were becoming sharper and I was really figuring out how to produce what I wanted to produce. It’s taken me 10 odd years. The Jensen sound you hear now is just a byproduct of a sound I’ve never grown tired of. Maybe that's my curse or my cross to bear. The musical style pioneered by artists like Drexciya, The Hacker and Dopplereffekt just never died with me and I always find myself going back to them for inspiration. 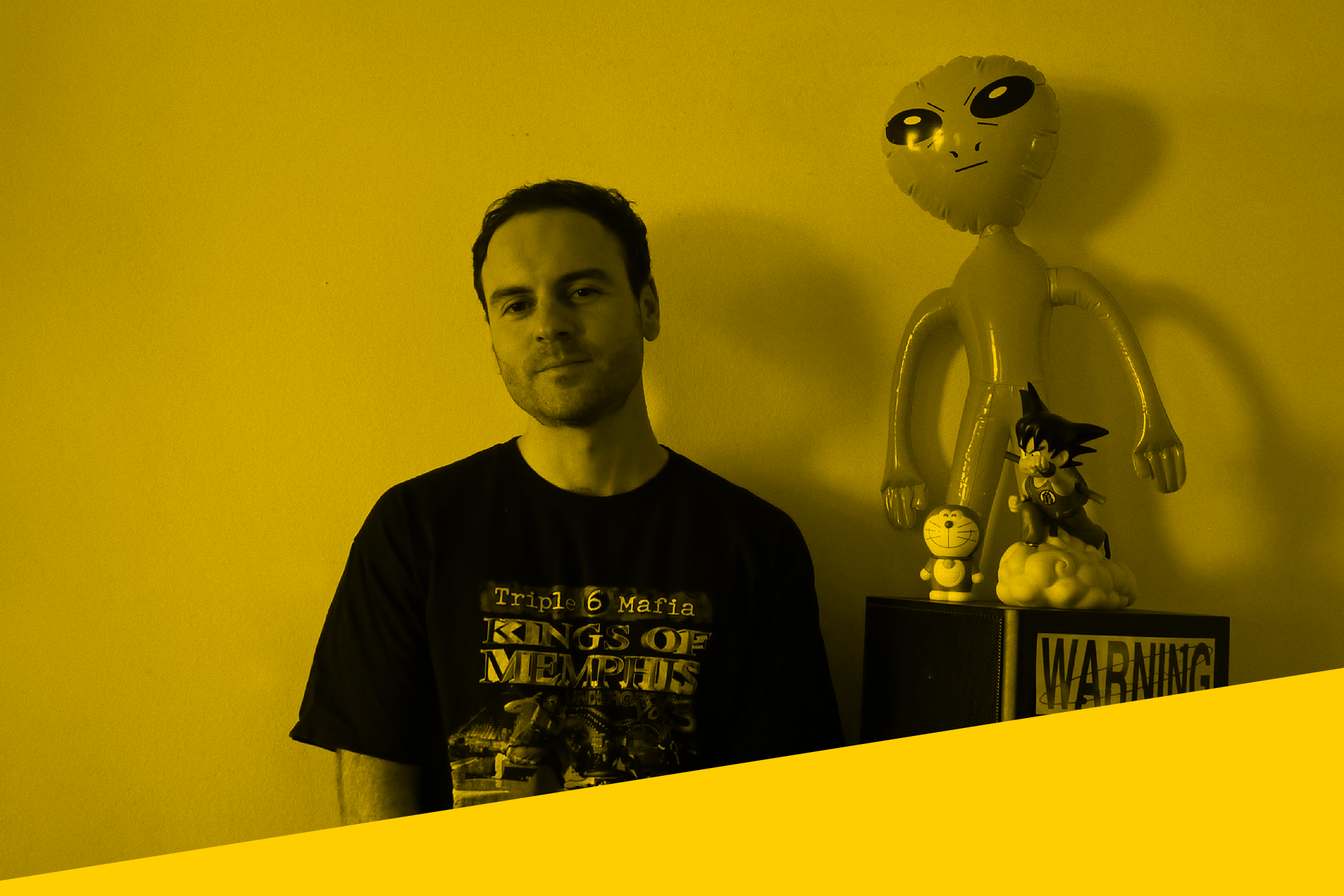 You recently moved to Berlin. What prompted your decision to move from Sydney to The German capital?

Berlin is so central in Europe I can pretty much get anywhere I like. I have a lot of friends that are living here as well. My new booking agency is in Berlin and I just feel the sound I'm creating is really working in my favor over here right now. I did tour a tour end of last year in August and September. It just went so well, by the time I I landed back in Australia and opened my laptop, I had emails from my agent saying, "dude, we need to get you back over here, the vibe is just really popping off for you." Music is what I want to do with my life and right now, back in Sydney, there's just no market to nurture and support that. It’s really sad.


In the early 2000s, there were so many artists and Australia’s scene was really vibrant and buzzing. There were artists from all over Europe and the States all flocking to Sydney back then. Now, because of the lockout laws, the city’s culture and nightlife vibrancy has deteriorated. Thanks to the local government, the people in power, that industry just no longer exists. So coming to Berlin was really a no brainer.

What was the vision behind your debut album ‘Mother’ that was released on Maceo Plex’s Lone Romantic imprint last year?

Maceo Plex has actually been playing some of my records for quite some time now, way before the album came out. Back in Dallas, Erik Estornel (Maceo Plex) is just an electro legend. I’ve always loved his Mariel Ito project. When he was putting together his Fabric mix, he got in contact with my agent and asked if I had any new tracks he could include in the release. I sent a couple over and he told me he would love to sign them to Lone Romantic. So I sent him a couple more and when he came back he was like “Yo, why don’t we just do an album?” Before I ever received that email, I never, in my wildest dreams, considered doing an album. I put an album on such a high pedestal and thought that it was out of reach for someone such as myself. But the more I listened to all the tracks together, the idea of an LP really started to form. To have someone like Erik, say that he's hearing these tracks as an LP gave me the real vote of confidence that I needed. I'm super happy with the whole thing.

I named the album ‘Mother’ because around that time, I was ready to give up because of the current dance music climate in Sydney. I was really struggling. My Mom threw me a lifeline, put me up and supported me 100 per cent. She told me, "Now's the time. If you want to do music, give it a really great red hot crack. Give it a go.” I pretty much wrote the whole album at her place. I know it's a small token, but it's just a little token of my appreciation and love. A way of showing how much she has inspired me.

I'm on tour right now and will be continuing up until April. My new EP on Craigie Knowes just dropped and I'm really excited about this one. It is actually probably one of my favorite records that I've done since the album, and even before. Craigie Knowes a label that I've followed for a while now I really love their diversity, vision, mission statement and sound. I couldn't be happier that those tracks are going to be a part of their legacy.

After that, I have another record coming out with my guy Assembler Code on the Melbourne-based label LKR records. It’s a bit more dubby and I guess you could call it “moodier” electro. Then the two of us are really ramping it up this year with our label International Chrome. We have a bunch of releases planned, both from ourselves and some of our heroes as well.

What is in this mix you made for us here?


Yeah, the mix is just a collection of tracks that I'm really into at the moment. Sounds that I've always loved nostalgically and also tunes from some fresh producers who are doing some really cool things at the moment. It also breaks away from the normal electro I usually play out. There’s some trap in there, hip hop, dub, SoundCloud beats and some other weird stuff that I don’t really know how to describe. Overall, I’m really happy with it.