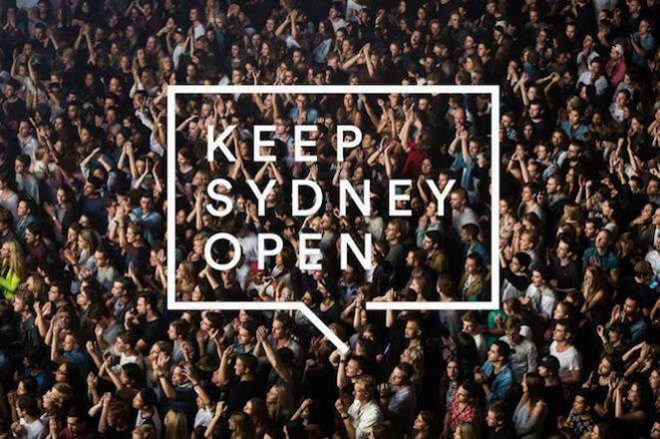 After battling the city's lockout laws for more than four years, Keep Sydney Open is now officially a political party - and showing MPs how to throw one properly.

Basenji, Roland Tings, Luen Jacobs, FlexMami and Jack from Bag Raiders play the PARTY PARTY at the Kings Cross Hotel on Saturday night (June 30) as the city's leading advocates against the restrictive curfew and last drinks laws that have strangled the music scene and nightlife toast their next step.

Sydney's controversial lockout laws were introduced in February 2014, banning people from entering a new venue after 1.30am and ordering drinks after 3am in the city centre and Kings Cross precinct.

The state of New South Wales, of which Sydney is the capital, is on to its third conservative Liberal Party premier since then, and the impact on Sydney's nightlife has only worsened as much-loved spots have been forced to close.

Keep Sydney Open is entering the political game with an aim to tackle the lockout laws and issues related to the arts scene including transport connectivity, planning laws and drug policy - as well as housing affordability.