Lifting the curse: Houghton Festival is finally back and better than ever - Features - Mixmag
Home Latest News Menu

Craig Richards, you could say, has had a hard time of it lately. The DJ’s Norfolk festival has endured so many back-to-back cancellations it basically became a meme (2019: stormy weather; 2020: COVID; 2021: COVID, again, combined with staff shortages and ineligibility for Arts Council funding). It’s something the festival leaned into with its ‘Hought-ON’ branding, yet still, a sense of trepidation surrounded the event this year. On its fourth attempt for a third edition, following an outstanding debut in 2017 and successful follow-up in 2018, would it actually go ahead or would there be more problems to contend with? Incomplete paperwork? Plague of wasps? A giant sinkhole?

Once again the weather gods weren’t smiling on Richards: on the first day of Houghton 2022, Britain was a dust bowl. You could actually see the parched grass from NASA satellite imagery as the land transformed from grass to hay. The baking heat caused clouds of dust to rise up from the site and swirl around, caking everyone in a thick layer of dirt. The festival’s most coveted accessory was not a vintage football shirt or Rizla bucket hat, but a water spray bottle for continuous face misting. 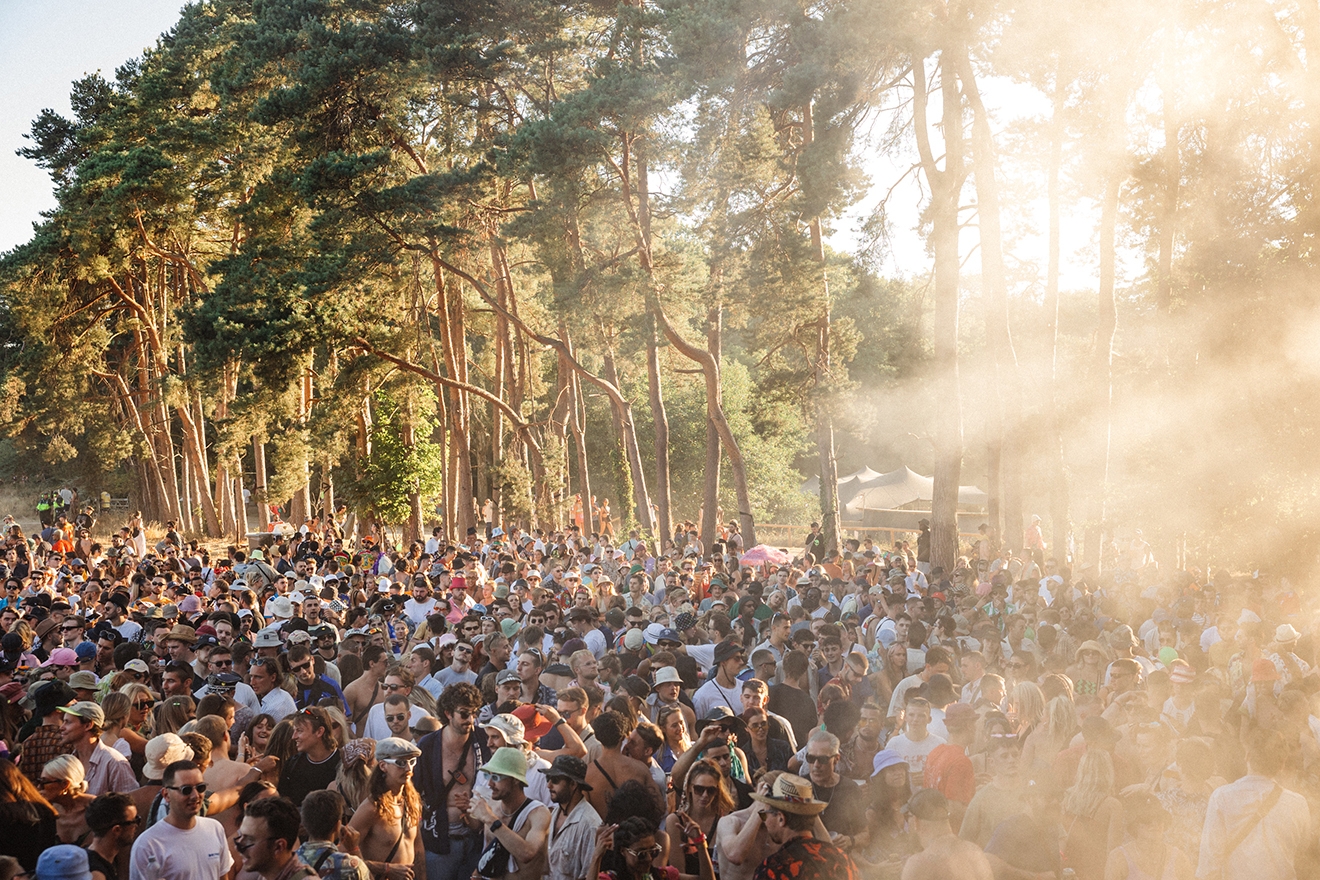 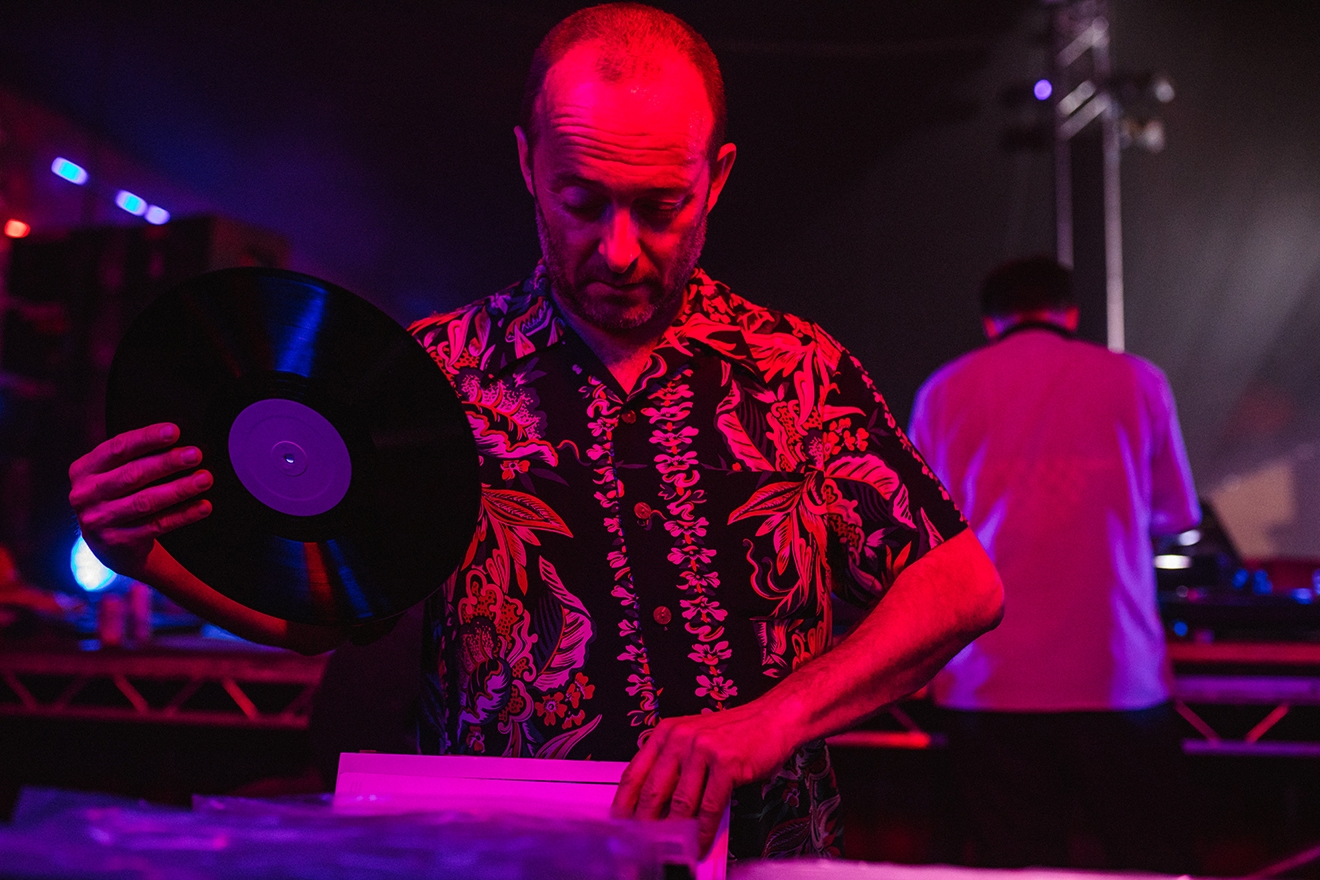 Houghton, which is curated by Richards, earned a reputation across its first two years for being a mythical place, set in the rolling grounds of a Grade I-listed mansion, with a focus on hi-spec audio and 24-hour non-stop music (earplugs are handy if you actually want to sleep). The site itself is uncrowded and designed with a restrained feel: you won’t find any Doritos-branded stages or confetti cannons, but instead there's corrugated iron structures and barns that align with the natural feel of the grounds and minimal, artfully-placed lighting. All the care has gone into the sound design and attendee experience – most stages don’t have a raised DJ booth so you’re struggling to see where the tunes are coming from; a choice that makes for deeper immersion in the sounds.

That consideration went into the billing, too. Longer play times for DJs allowed for more exploratory sets and most selectors didn't go all in on big room bangers, although some did get a look-in. Joy Orbison’s appearance saw him veering into amapiano, a grimey refix of Khia’s ‘My Neck, My Back’, and Benny Benassi’s ‘Satisfaction’, while Optimo blended Fatima Yamaha’s ‘What’s A Girl To Do?’ with Bowie’s ‘Let’s Dance’.

Read this next: 10 of the best marathon DJ sets ever

But Houghton is a festival for those seeking to hear lesser-known cuts, too – even on the main stage. Ben UFO’s appearance saw him drop Kassian’s ‘Metropolis’ and Nick León’s ‘Xtasis’ alongside well-worn classics. Shanti Celeste was another clear standout: spinning R&B edits and rave burners to an ecstatic afternoon crowd dressed as aubergines and wizards. At the laser-filled Tantrum stage, a stack of shipping containers, DJ Stingray took crowds on a squelching ride through acid, techno and more, while Ricardo Villalobos’s slot was as divisive as ever, closing on a track that sounded a bit like an iPhone alarm tone. 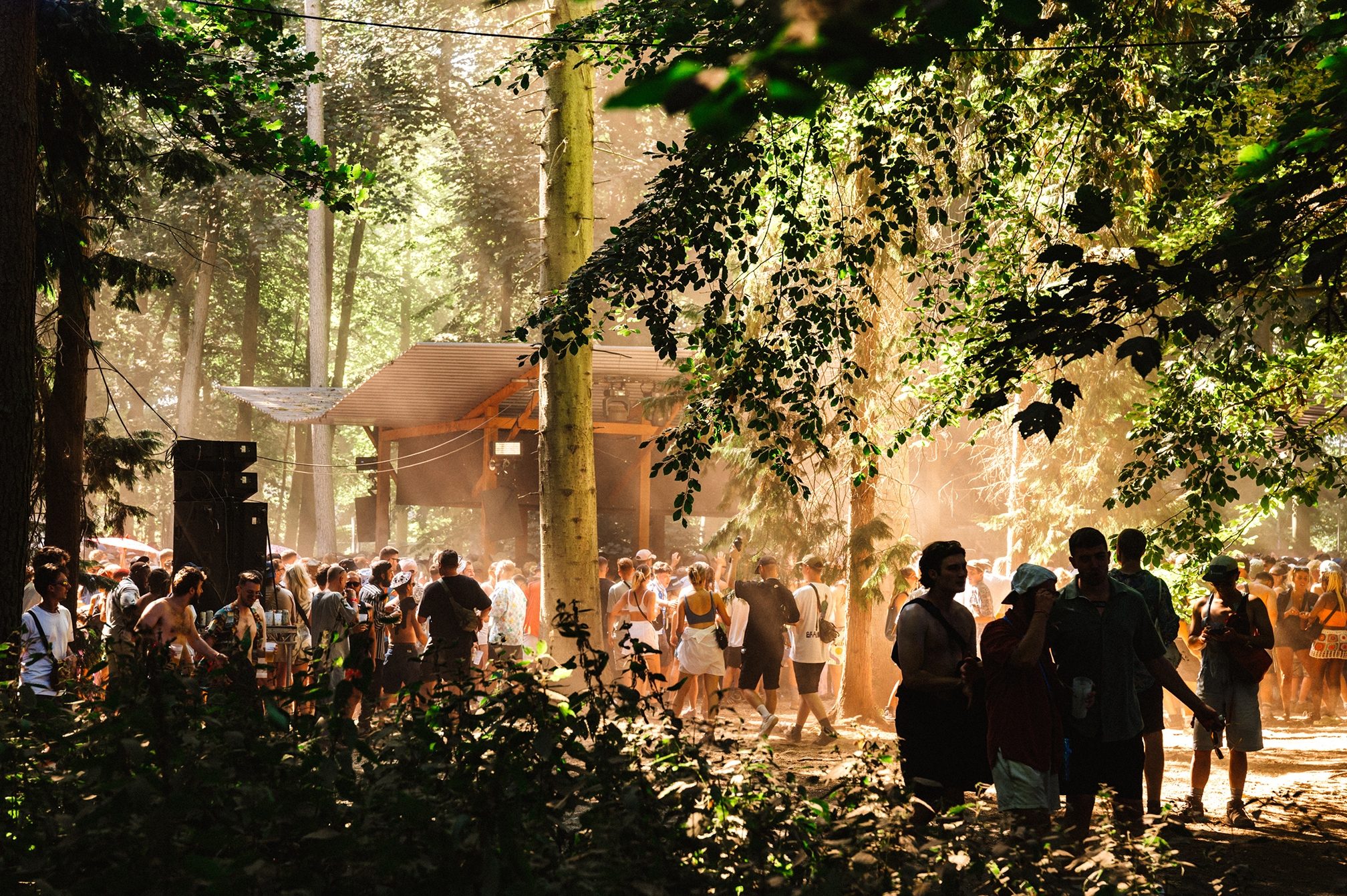 The festival’s more intimate stages provided some of the most memorable (or not) moments, though. At Earthling, Peverelist proved a giant system whacked into a deep, dark forest is a recipe for success. Sparse lights fitted along the stage made Pev’s clanking workout feel otherworldly; tracks like Boo Williams’ ‘Mortal Trance’, Bakongo’s percussive whomper ‘Goulbap’ and Livity Sound cut ‘Tribal Drums’ by Tribal Brothers took on new life amid towering trees.

Read this next: Meme nation: How dance music rediscovered its funny side

The festival didn’t come without logistical problems; some fixable, some not. Raging dust clouds meant that areas like the Quarry stage were a no-go at times – a shame when you could hear Bruce banging out jungle down in the pit. But other spaces like Outburst, a woodchip-floored clearing in the forest, offered much-needed shade for DJs like World Unknown’s Andy Blake, who delivered a grinning selection of nu-funk, disco and Eris Drew’s ‘Fluids of Emotion’. The festival’s slightly bizarre decision to not have urinals was fixed mid-way through the weekend, but the toilets were in general a grim place to be (probably not helped by the heat). One punter narrowly avoiding being kidnapped by waste management did at least provide the kind of farcical sesh anecdote that all the best parties end up producing. 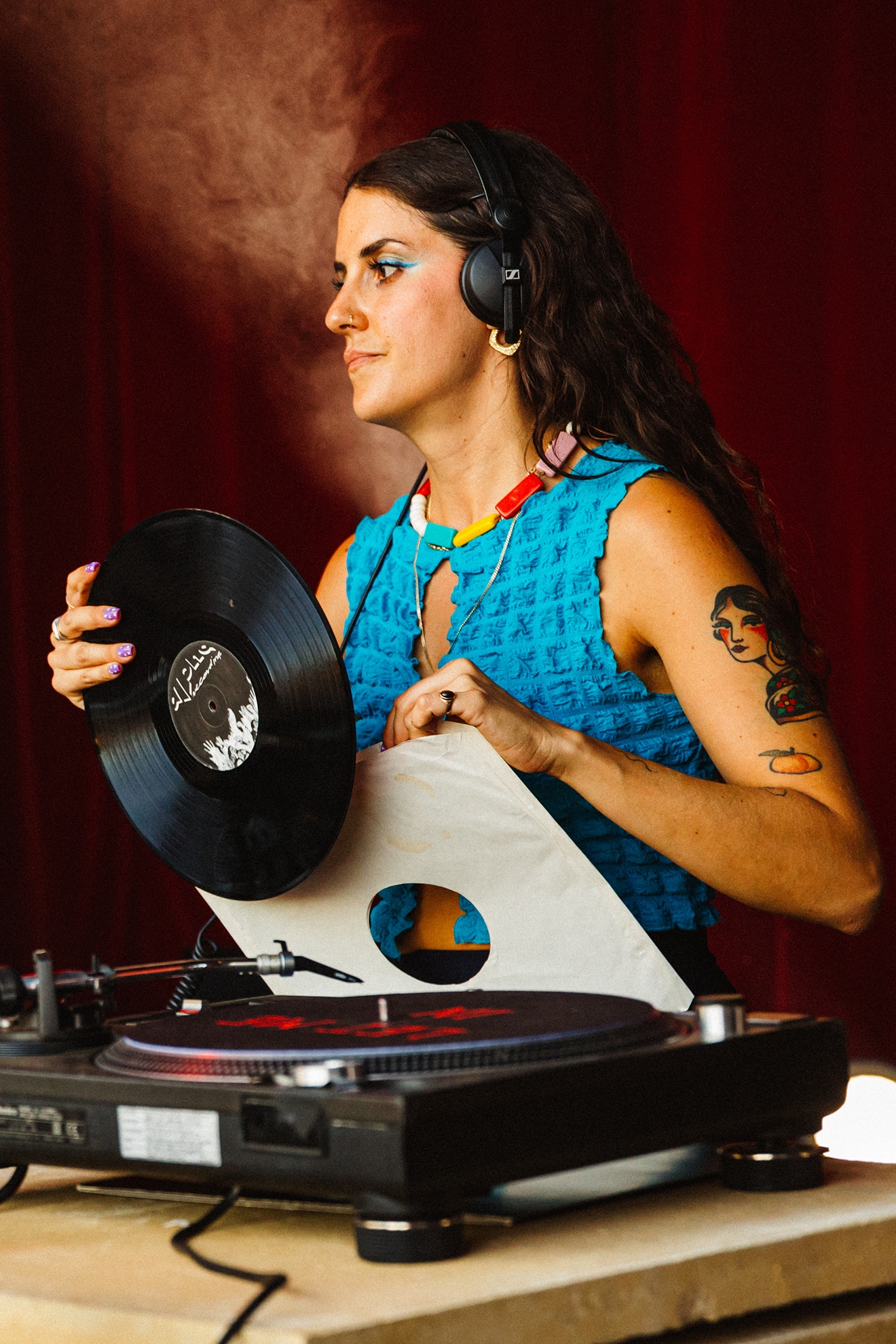 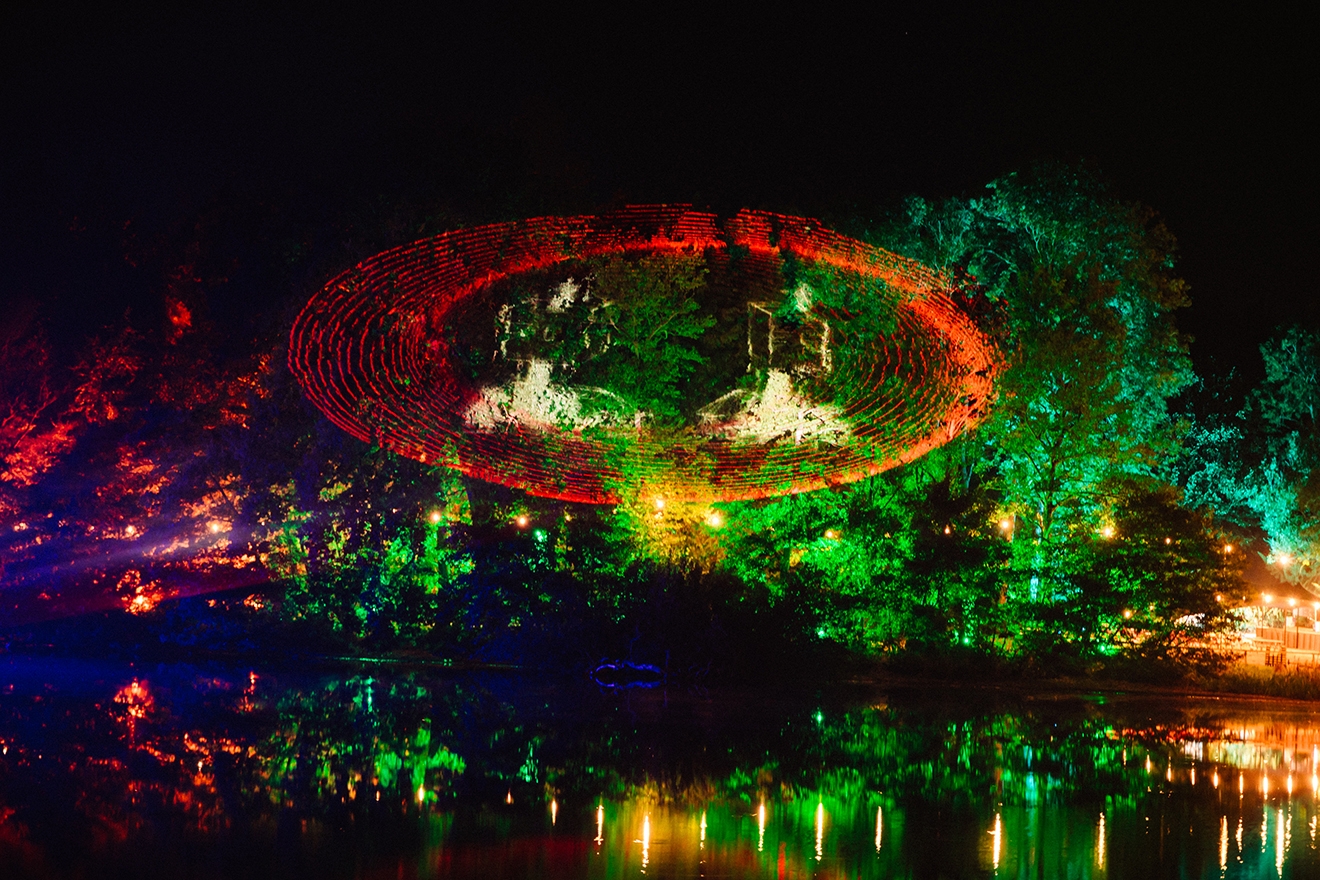 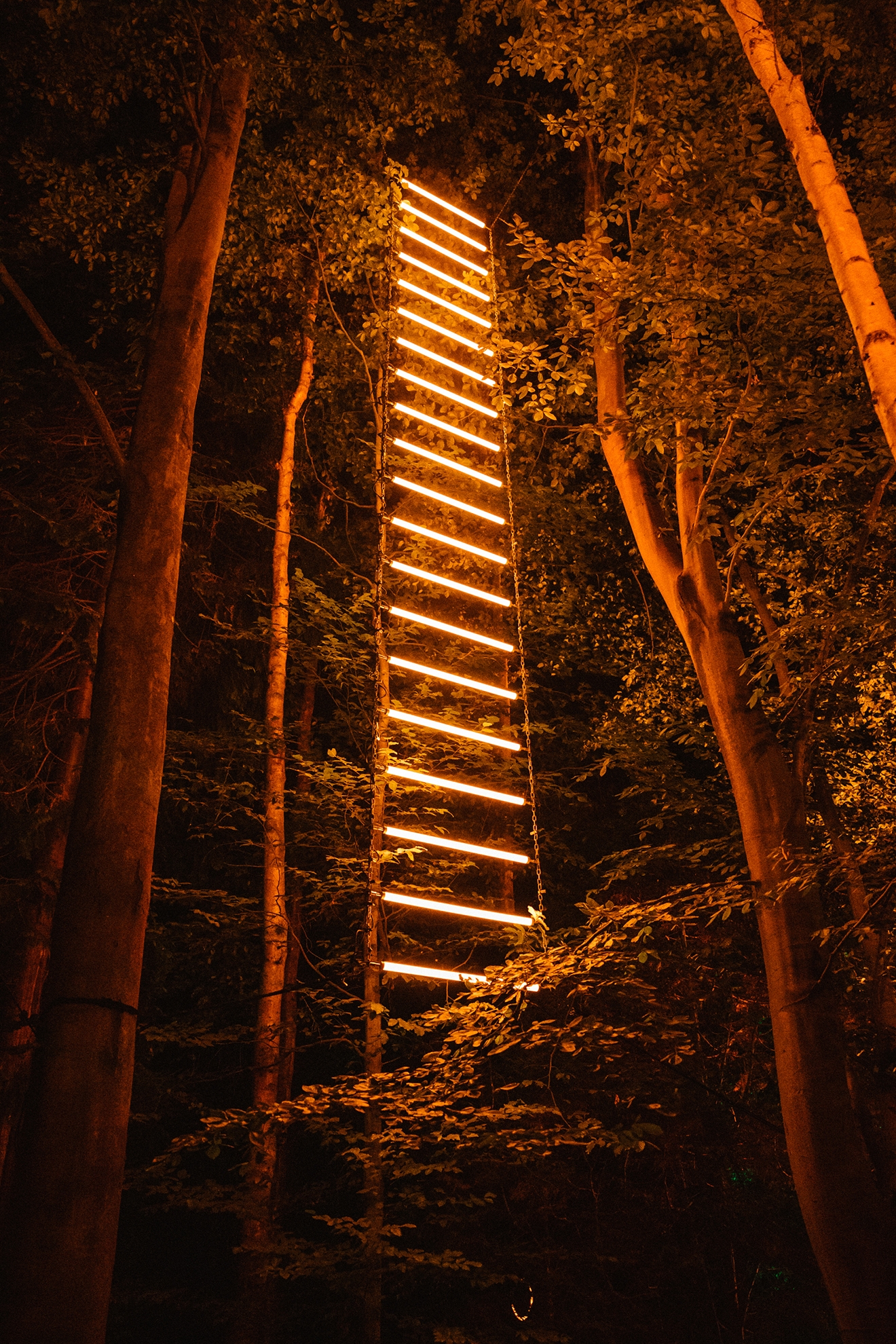 There was also a near-total lack of phone signal, and although an unintentional digital detox was refreshing, you had to make solid plans otherwise you could completely lose your mates (someone brandished a “lost friend pickup point” sign). But if you did, there was plenty to wander round and look at; nice touches included pop-up record shop Trevino’s, a fully functioning store put on by Ransom Note as a tribute to Marcus Intalex.

There’s no doubt that Houghton is one of the finest festivals for underground dance music the UK has to offer, and 2022 marked a triumphant return – according to some who’d been at the first and second ones, the best one yet. In a conversation about running the festival with Ivan Smagghe, Craig Richards talked through some of his unconventional business practices and general disdain for offices, saying that “great ideas start with a pencil, not a computer”. “I prefer my meetings to be conducted in pubs,” he said, adding: “I’m organising a party not running a hedge fund”. Based on the success of the festival, perhaps we should all take a leaf out of his book and start conducting all our meetings in pubs from now on.