Celebrating our Festival of The Year, Houghton


Craig Richards wasn’t sure he wanted to put on a festival when the team behind Gottwood first approached him with the idea in the autumn of 2016. He was about to turn 50, and had a lot on his plate already – not least the weekly fabric residency he’d held for nearly 17 years. Then fabric’s license was revoked and the club closed.

The residency has been a perfect fit for Richards, who owns a flat a stone's throw from the Farringdon institution; he’s never been partial to the relentless touring and far-flung travelling aspect of DJ life. “I like taking the train to gigs and not getting on a plane. Planes are very complicated these days,” he says. On the occasions he does venture further afield, he keeps it simple: “I'm the sort of guy who does an American tour which is just going to New York, playing a night, going to an afterparty, buying some records, and coming home.”

But while the successful battle to save fabric was waged, the idea of pursuing a new project that was close to home became more appealing to Richards, whose routine and livelihood had been struck by the closure. “It was devastating on many levels. I lost my whereabouts for most Saturdays.” Forced outside of his comfort zone and open to a new outlet for his energies, suddenly the opportunity to work with the Gottwood crew on a festival was an easy decision. He already had a close relationship with Gottwood, memorably helming Sunday night marathon sets alongside Ben UFO at the Walled Garden stage in 2015 and 2016, and knew he could trust the team completely to bring his vision to life. 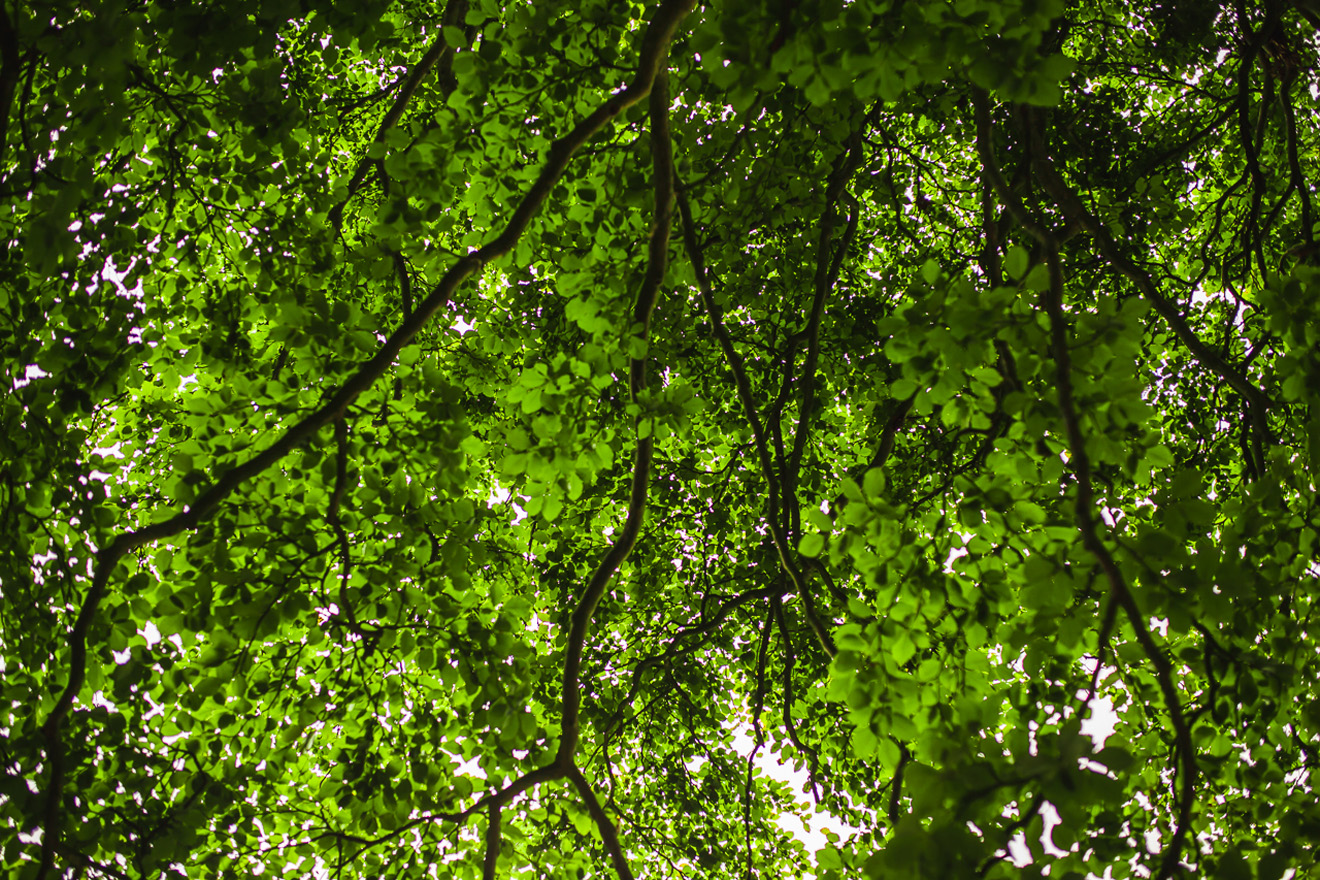 The timing was also ripe for Gottwood. The small two-day party Tom Elkington, Tom Carpenter and Digby Neill had launched as amateurs in a Welsh forest back in 2010 had become one of the best-loved festivals in the UK underground, growing into a consistently sold-out, four day rave that attracts some of the most sought after names in dance music, such as Zip, Tamo Sumo, Hunee and Sonja Moonear. “We started Gottwood from literally nothing. We're not event professionals - we weren't when we started anyway,” says co-founder Tom Elkington. “A core team of three of us handled everything from the bookings to the production to the sitework ourselves.” With Gottwood an established tour de force, and Craig Richards eager for involvement in a new festival, the stars for expanding their repertoire aligned. And there was more than a touch of the divine surrounding the resultant event.

Taking place across a radiant mid-August weekend, Houghton Festival was a sublime fiesta that drew revellers into its vortex of vibrancy, swirled them around in an ecstatic journey through music and art, then released them back to reality on Monday morning with their souls glowing, and their bodies slightly worse for wear. We promptly named it “The UK’s Best New Festival”, a declaration affirmed by the torrent of words gushing across column inches, social media, from reminiscing voices, and beyond. The conclusion was unanimous: in one magical weekend, Houghton had asserted itself among the finest parties electronic music has to offer.

There were none of the teething problems you may expect from a debut edition. Strong feelings of smoothness and fluidity permeated through the weekend: in gliding through the serene grounds, taking the land train to gaze at sculptures, and morning yoga, through to rolling in and out of the 24-hour music program, the unannounced sets, and chatting breeze in the campsite. 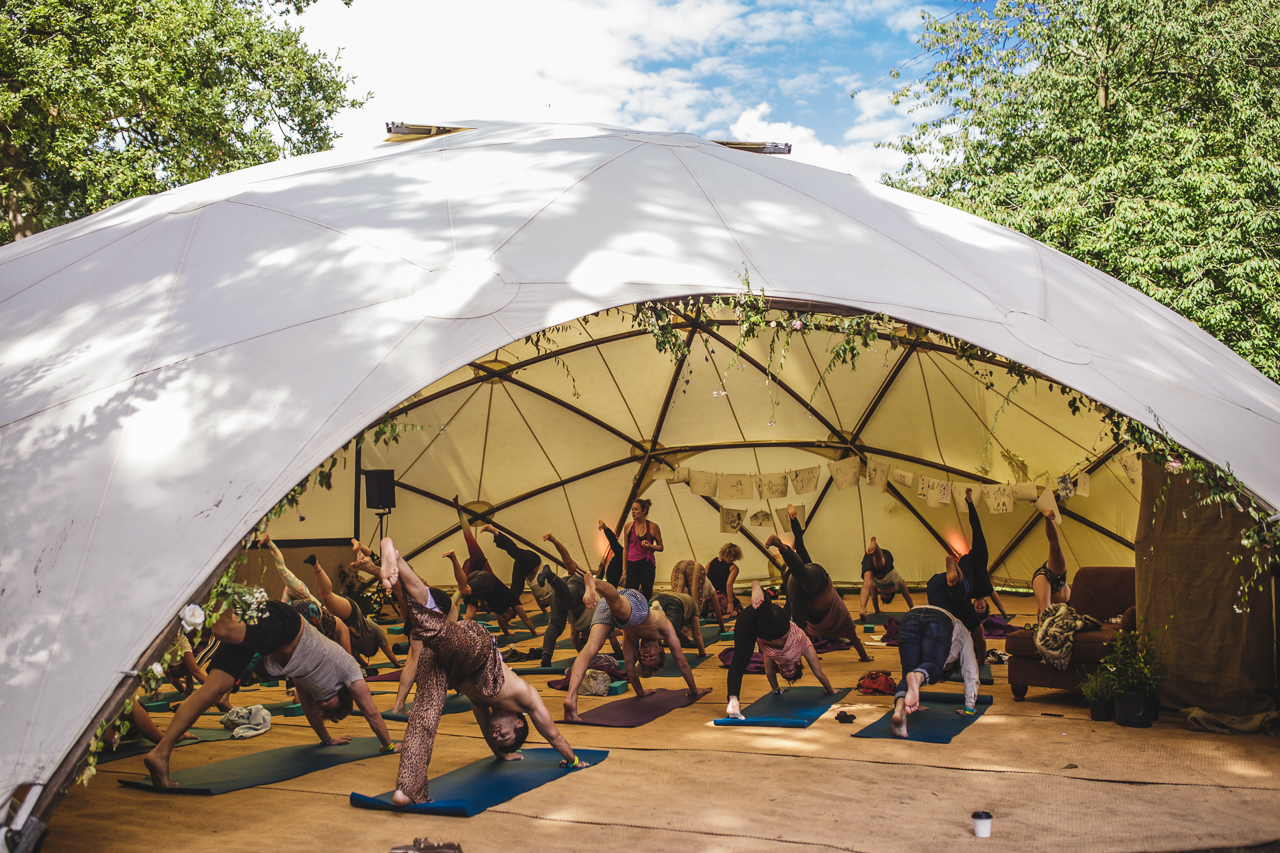 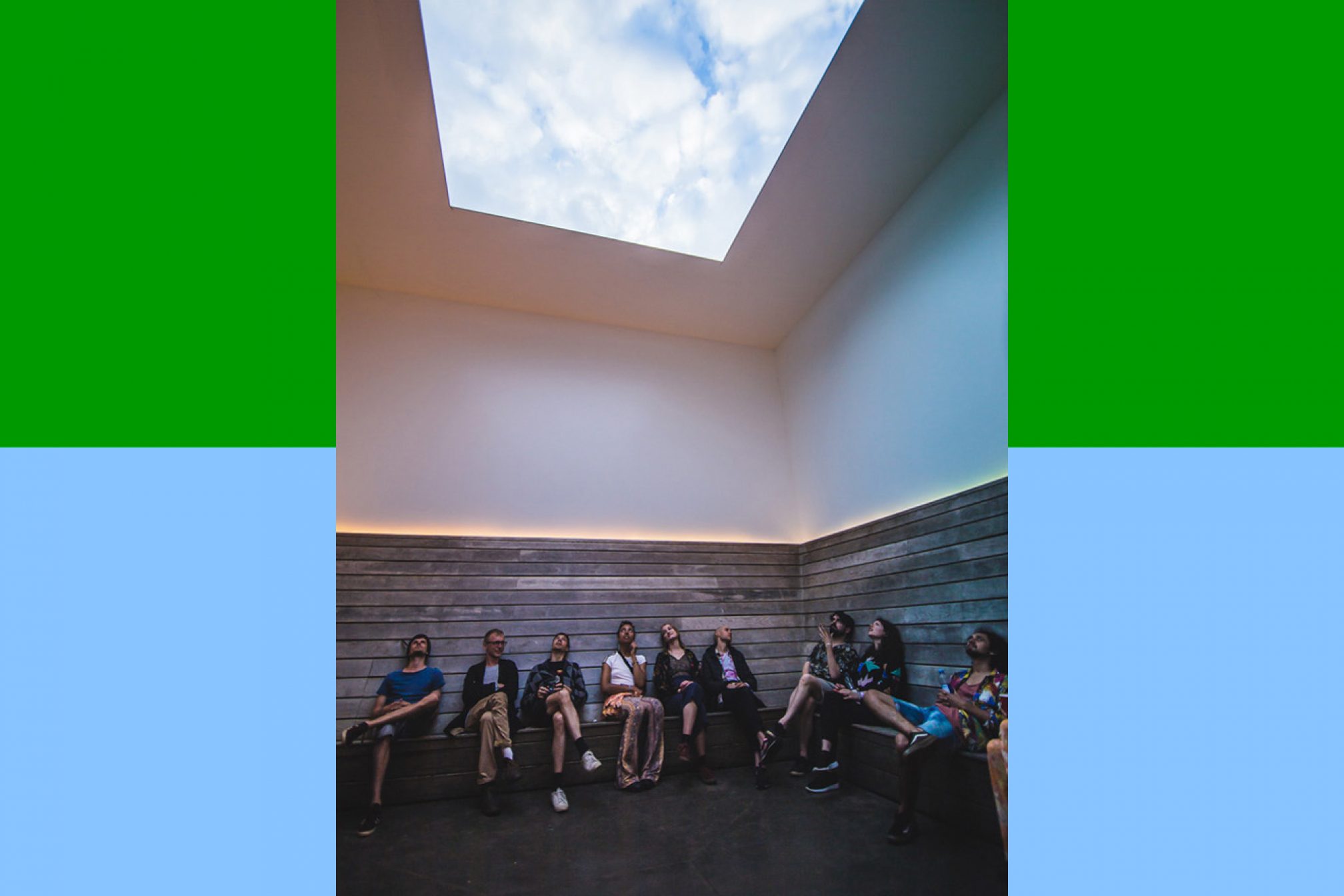 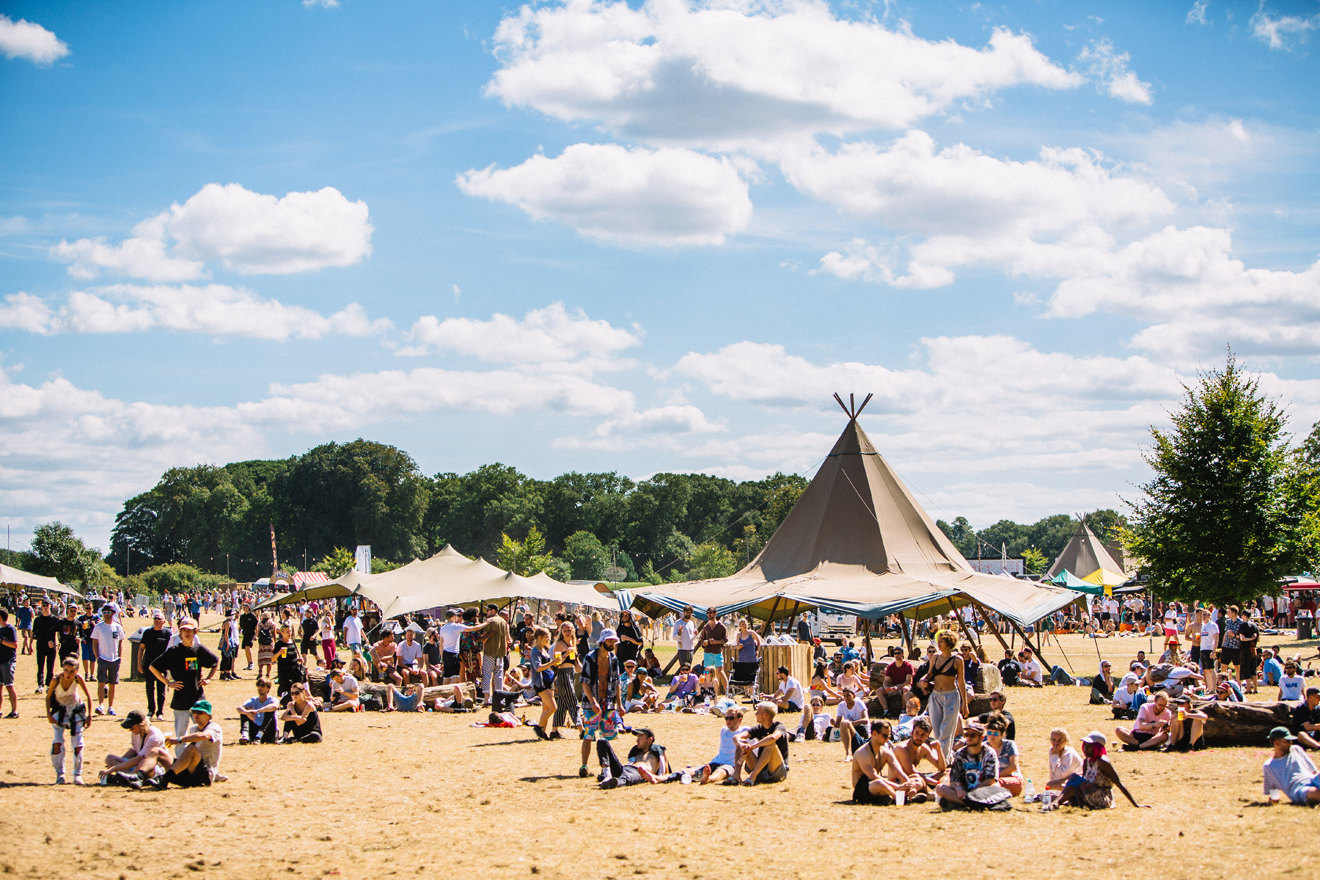 Gottwood Festival already had Houghton Hall locked in as a banker site in case any issues arose with its Carreglwyd Wood home, but with it remaining a steadfast success, the ideal setting for a fresh undertaking was ready and waiting.


The 1000 acres of the Grade I listed Norfolk manor house came armed with an impressive sculpture park, a 24-hour license in the wake of previous tenants Glade Festival, and the space for nine diverse and smartly designed stages. These included The Warehouse, a repurposed bare-walled barn, The Pavillion, nestled in charming woodland on the edge of a lake, and The Quarry, a sloped ravine that funneled atmosphere across multiple levels.

Across the board, the systems sounded crisp, whether being worked with spellbinding minimal by Rhadoo, exultant piano house by Joy Orbison, or pulsating techno by Roman Flügel. “The systems were loud but it wasn't necessarily the loudness that made them stand apart, they were just engineered really well. Lovely systems with people who care about them operating them,” explains Elkington, championing the work of engineers such as fabric’s Matt Smith who brought their expertise to the festival.

Audiophiles were especially enamoured with The Analogue Foundation stacks in Brilliant Corners - a yurt decorated with a mini rainforest of lush greenery and brilliant glowing orbs hanging overheard, so that stepping inside was like entering a utopian game of Jumanji, with the jungle drums and stampeding hordes replaced by Ben UFO’s junglist beats and uninhibited dancers.

“We were speaking to Amit [Patel, Brilliant Corners co-founder] about doing something at Gottwood and it never really got off the ground because it was a bit far from London and wasn't really the right fit. But when Houghton came along and we started talking about audiophile sound, perfect systems and close to London it was a match made in heaven for them,” says Elkington.

With Gottwood taking care of the production, it was down to Richards to curate the music, piecing together a line-up packed full of artists that strive to thrill and surprise. The round-the-clock license allowed for lengthy set times and the space to take risks. Among the many memorable sets, standouts include Adam Shelton shelling out a rough-edged stream of electro, Margaret Dygas commanding the dancefloor like a puppet master subtly pulling strings made from hypnotic, off-kilter grooves, and Craig Richards and Ricardo Villalobos’ majestic eight hour back-to-back session, an always special occurrence that sees the pair draw upon years of familiarisation with each other and each other’s record bags to produce transcendent results.

“The first time we booked Ricardo [at fabric], he ended up missing his flight and staying round my house; we became friends instantly and our friendship has grown,” says Richards, noting how their connection over shared tastes and a similar period spent collecting records makes them such compatible DJ partners. “He's a great inspiration; he's a fantastic friend to have.” 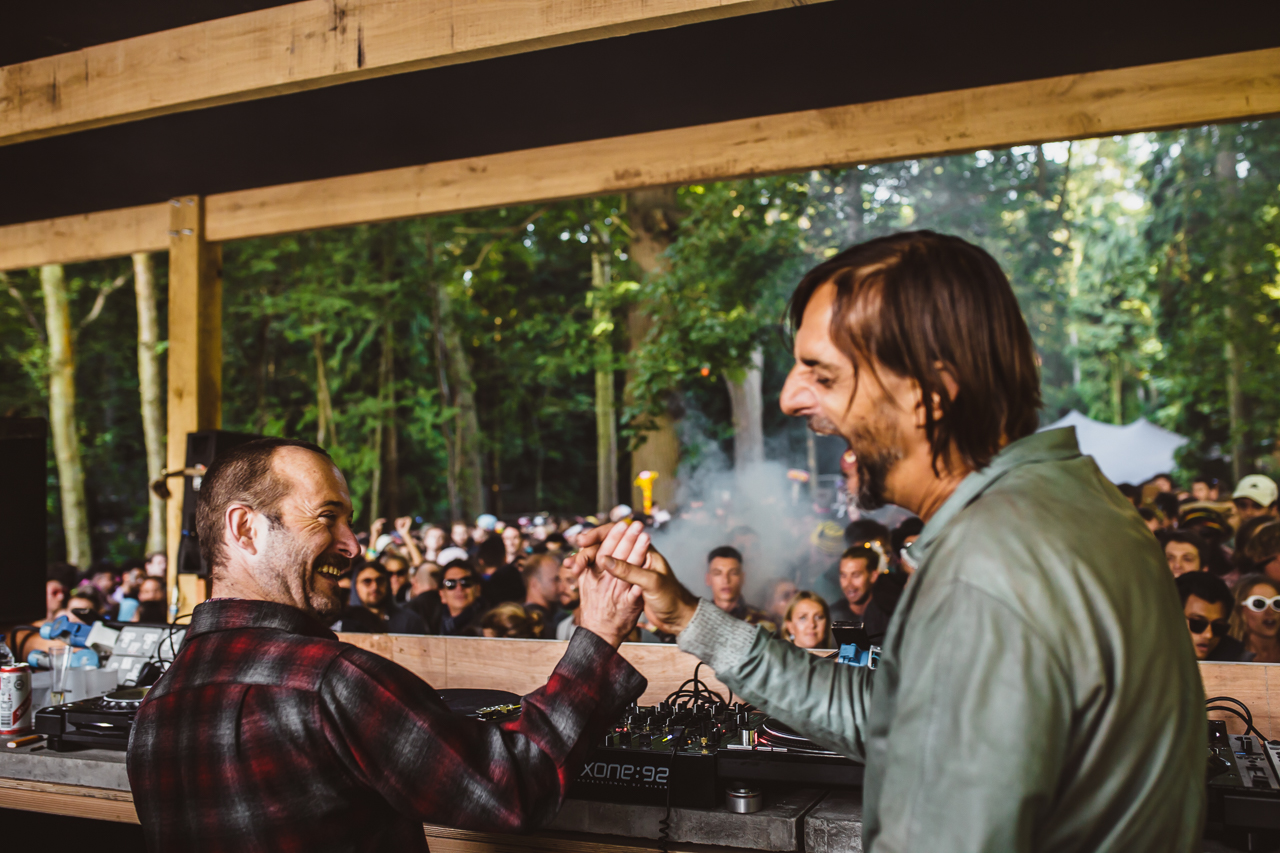 “We let Craig run with the curation completely, and because he doesn't come from a festival world, he comes from a nightclub world, he took quite a different approach to it,” says Elkington. “He wanted to create lovely ambient mornings, moving through to harder music later. That meant some bigger names were playing really early in the morning which was great because people showed up for them. And likewise at night, smaller acts that do actually play harder got a chance at the right time of night rather than being stuck at the start of the day where it doesn't really work.”

“Sadly I missed a lot of people because I was running around, or hadn't factored in that occasionally I'd have to sleep - and also DJ,” says Richards, who remarkably clocked up over 20 hours on deck across the weekend. Tirelessly leading by example.

While getting the production and programming right is one thing, something that can really make or break a festival experience, and something the organisers can’t really control, is the crowd that shows up.

“It's kind of a strange feeing from a production perspective when you've been living on the site for four weeks before the festival and then everyone starts queuing up outside. You're like, get out my house!” reflects Elkington on the edgy moments before kick-off. “But then when you do open the gates and see people flocking through, the bars filling up and people enjoying the music, it's quite an overwhelming experience.” And Houghton couldn’t have asked for a finer crowd. 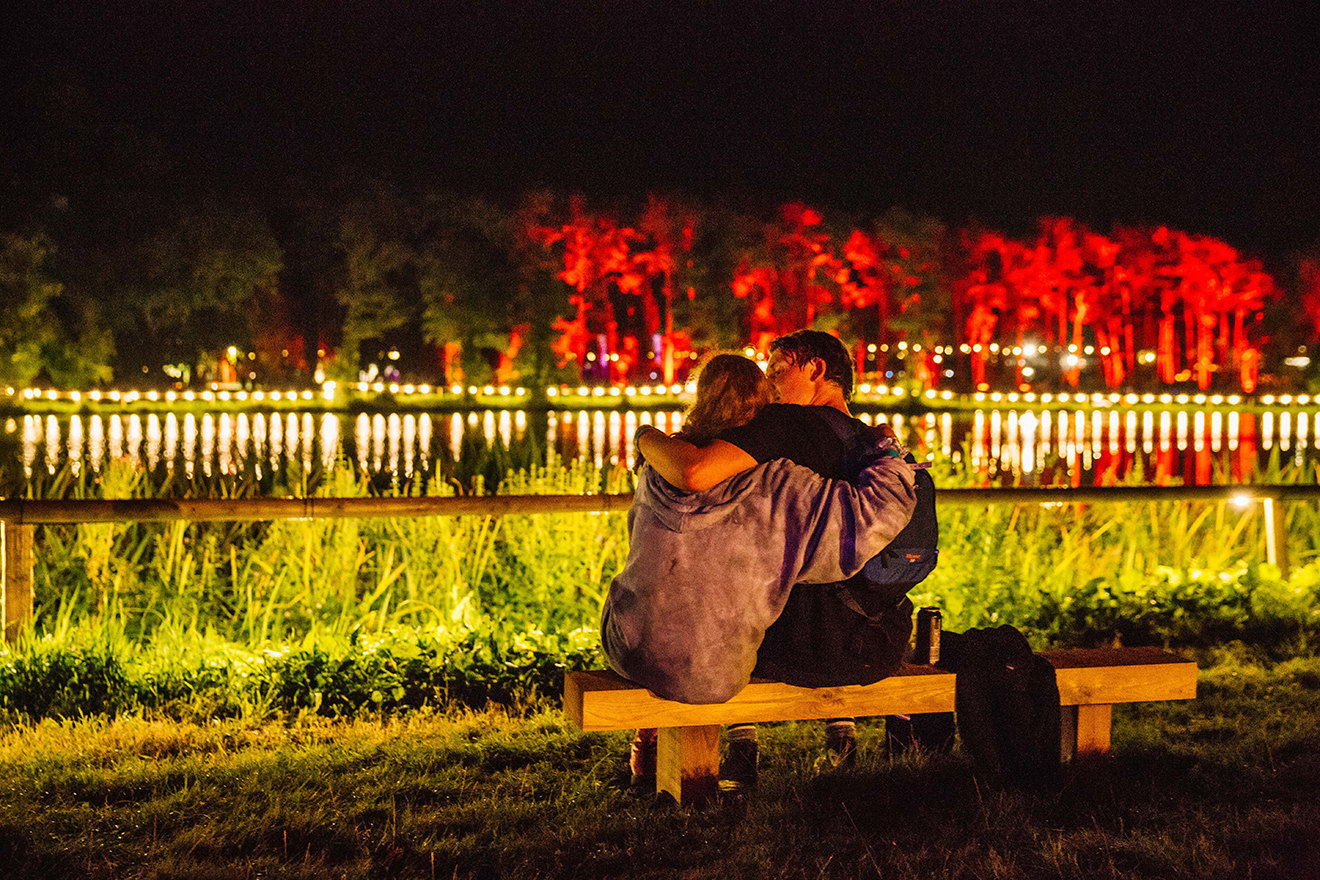 “The crowd varied in age which was really cool. The younger people that were there were really switched on music lovers who have been informed by the internet and have a really good knowledge, if not more knowledge than someone of my age who's had to claw around to find information over the years,” says Richards. “The younger people at Houghton, they're the future. Everyone was really cool, well behaved but still groovy. Enjoying themselves but not overdoing it, which was obviously a worry of mine because of what happened at fabric.”

“There was some pretty headsy records played that weekend, and all the 18 to 21 year olds knew them. It's amazing,” Elkington concurs. “We were just blown away with the support really. It's a brand new festival and people really turned up and went for it - and they respected it. Everyone behaved themselves: there was no crime, there was no violence or anything like that. It was just a really amazing party. We were blessed that amazing people turned up to make it what it was. Because at the end of the day that's sort of the vast majority of getting it right.”

And with that superlative platform to build upon, from here on in, Richards and co. are only looking up. “Hopefully it can grow into something that's really world renowned and significant, and we can put electronic music and cutting-edge DJs with experimental things, jazz, classical. I'd like to represent all of it in ideal world. It's a very exciting project,” says Richards.

On the aesthetic side, he’s aiming to work influence from a visually inspiring trip to Burning Man into future editions. “Having just finished my own festival, which if anything succeeded through restraint and simplicity and was very much about English countryside, it was amazing to then go to a festival which is aesthetically unbelievable and full of colour, neon and candy pop. It made it feel like I was meant to try and bring back something from Burning Man for Houghton in terms of sculptures, installations, art pieces - all of which we're planning to try and do over the coming years.”

Elkington is more guarded about their plans moving forward: “I can’t really say - more of the same if you like.” After an impeccable debut, that sounds good to us.