10 years ago, the outlook was grim for drug users in the UK; the horror of sobriety loomed large. Cocaine, ecstasy and cannabis were all overpriced, scarce, and often of low quality.

One forensics lab I visited in 2011 reported that the average purity of British street cocaine was just 20 per cent. In the case of ecstasy, the market had shrivelled – global seizures were down to a quarter of previous years after targeted campaigns against precursors destroyed the supply chain. Cannabis was often polluted with silicone grit, added to bulk out weight and give the impression of quality, but causing serious respiratory problems.

Fast forward 10 years, and low-priced, high-purity cocaine delivery services exist in every town and city in the UK. There are clearnet sites offering next-day delivery of boutique California cannabis strains such as Gelato and Gorilla Glue. Pills are, if anything, too strong, with dosages of 240mg commonplace and prices down to £3 each if you buy ten. Purity is up while prices are down, across the board.

Pills in 1988 cost £20 – which is almost £50 inflation-adjusted to 2019 values. It’s worth spelling this out more explicitly: there has been an almost 17-fold reduction in the retail price of ecstasy in 30 years, while dosages have doubled or even tripled. Apply that maths to alcohol, and a pint in 2019 would cost 32 pence and run 15% ABV.

This is thanks to innovation in Dutch MDMA labs, where chemists have worked out new, cheaper ways to make the drug using unwatched chemicals. A kilo of MDMA can now be bought in southern Holland for under £2,000. The synthesis is automated and industrialised with 500kg runs commonplace, sources tell me. 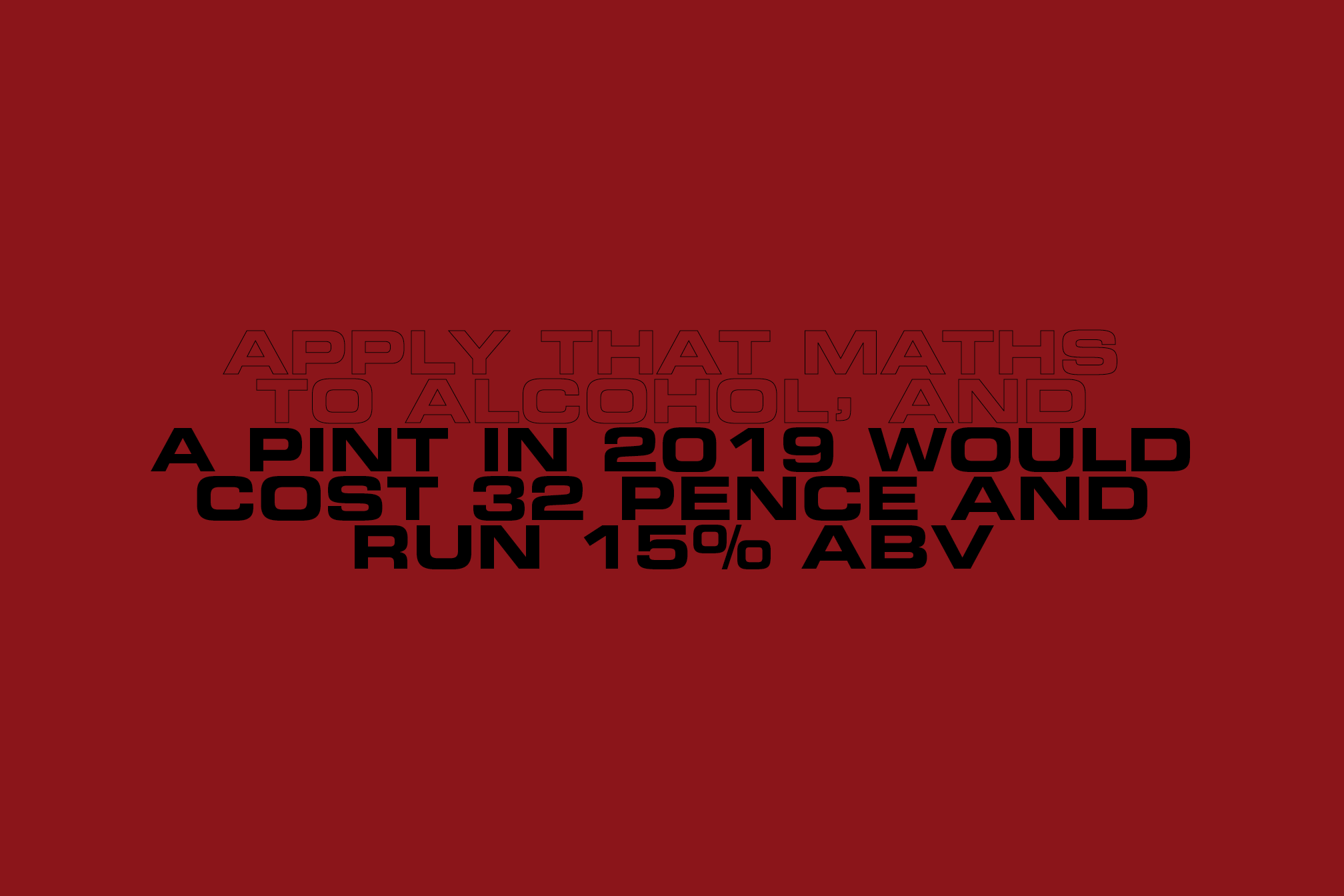 But it’s not just the old favourites that are available in such glut: psychedelic oddities such as DMT and 2-CB – once known only to the tripping cognoscenti – are now part of a narcotic smorgasbord found at every festival and every house party, along with LSD, nitrous oxide, and, of course, ketamine. And that is thanks to technology.

Darknet markets using encryption and bitcoin have revolutionised the way drugs are bought and sold, starting with the Silk Road in February 2011. And while occasional busts do occur, police claims of success are always overstated. As soon as one market closes, another opens. A quick scan of the web shows 25 markets all online today.

And even if you or your friends don’t score on a darknet market, your dealer may well do.

Ben uses WhatsApp and Signal (an encrypted messaging app) to collect orders in the week, and has two trusted workers making rounds at weekends. He, and they operate a multi-level marketing system: introduce new customers, and you get free drugs.

This model of technology-assisted acquisition and distribution is commonplace now, and it’s one that simply did not exist a decade ago.

Drugs, then, have never been more available, abundant, pure or cheap as they are in 2019.

And they have never been more popular, according to the latest Home Office data. Almost 4 per cent of people in England and Wales –1.25 million people – reported they had taken a Class A drug in the last year. This is the highest proportion of Class A drug use since data-collection began in 1996. 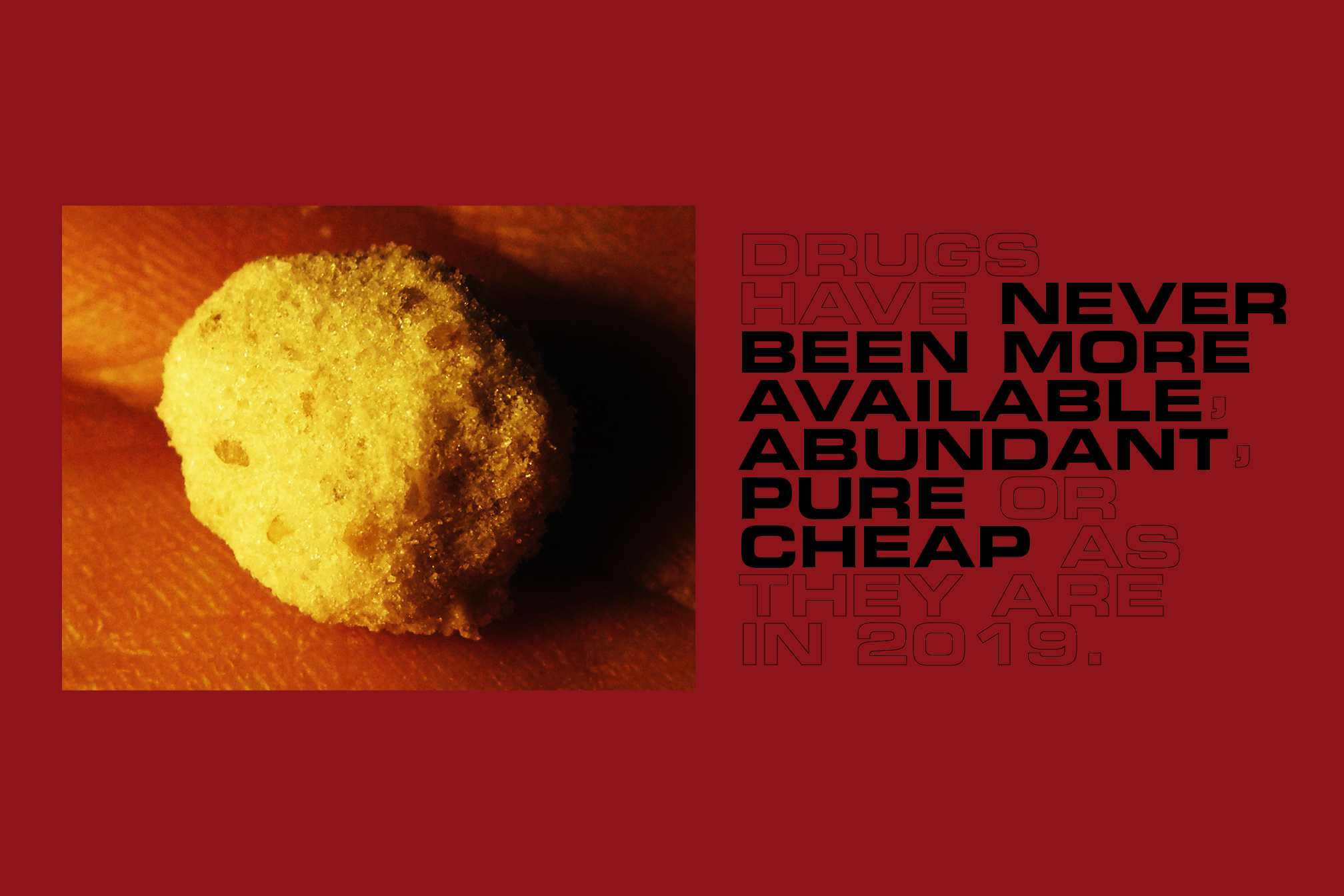 Looking back to the turn of the decade, it is clear now that the UK was in the grip of a narcotic recession as well as a financial crisis. The plunging pound – sterling lost 25 per cent of its value in the months following the credit crunch – made all imports, including drugs, more expensive. Purity therefore tailed off.

But in a market controlled by criminals and cartels, price is elastic; profit was negotiable. Especially when those profits are so artificially inflated by drug laws. So as the market has innovated, and as chemists and smugglers have cashed in on the UK’s seemingly insatiable appetite for a hit, it must be admitted: drugs have won the war on drugs, and it’s thanks to the tech community who connected us all 24/7 – for better and for worse.

The availability and affordability of drugs has driven a greater normalisation and prompted far greater use. Polydrug excess is the new normal for many users. But while the kicks have never been easier or greater, the risks are now higher than ever.

Because all of this begs the question: if you can get and afford all the drugs you want, whenever you want, when do you come down? And what happens if you don’t?