Nothing quite sums up the state of Britain’s drug trade quite like modern day, high speed cocaine delivery services. While most politicians still believe their laws cut demand, drug users from Penzance to Aberdeen know they can get a gram of high-purity cocaine delivered quicker than it takes to get served in a busy bar.

So how is the UK’s insta-gram cocaine delivery trade organised? And why is it so quick? It’s hard to give a definitive answer, given the geographical area under discussion and the illicit nature of the trade. There is no central Guild of Itinerant Cocaine Delivery Operatives with which to consult (more’s the pity.) But academic studies, surveys, institutional analysis by EU drug experts and solid anecdotal evidence offer a fascinating glimpse into a hidden world.

The innovation is technological in part, and starts at the top of the chain. The EMCDDA reported in December that call centres have been established in Belgium, France, the Balkans and Spain. High level dealers can simply call an encrypted number and order any amount up to kilograms of the drug for instant courier dispatch. Couriers arrive, often from Albania, said the report, work quickly and leave in a few days.

Down at the UK’s street level, resourceful dealers in London are using Ubers as mobile drug-dealing premises. One East London driver, who asked to remain anonymous, told me: “A few weeks ago, a customer called me up and got in. He was with three friends. They just changed their destination again and again; their phones were super busy with texts and calls. They were going in and out of bars and houses and then counting money and using slang, like ‘singles’, ‘halves’ and ‘eighths’ [1g, 0.5g and 3.5g of cocaine] but I understood them. There were four of them, and it was a good fare, but I did feel intimidated.”

When we contacted the company, Uber told Mixmag: “At Uber we take a zero tolerance approach to any illegal activity on our app. If we are made aware of any allegations of this nature, we reserve the right to immediately terminate access to the app. We also work closely with the relevant authorities who can request information on suspected rides via a dedicated tool.” 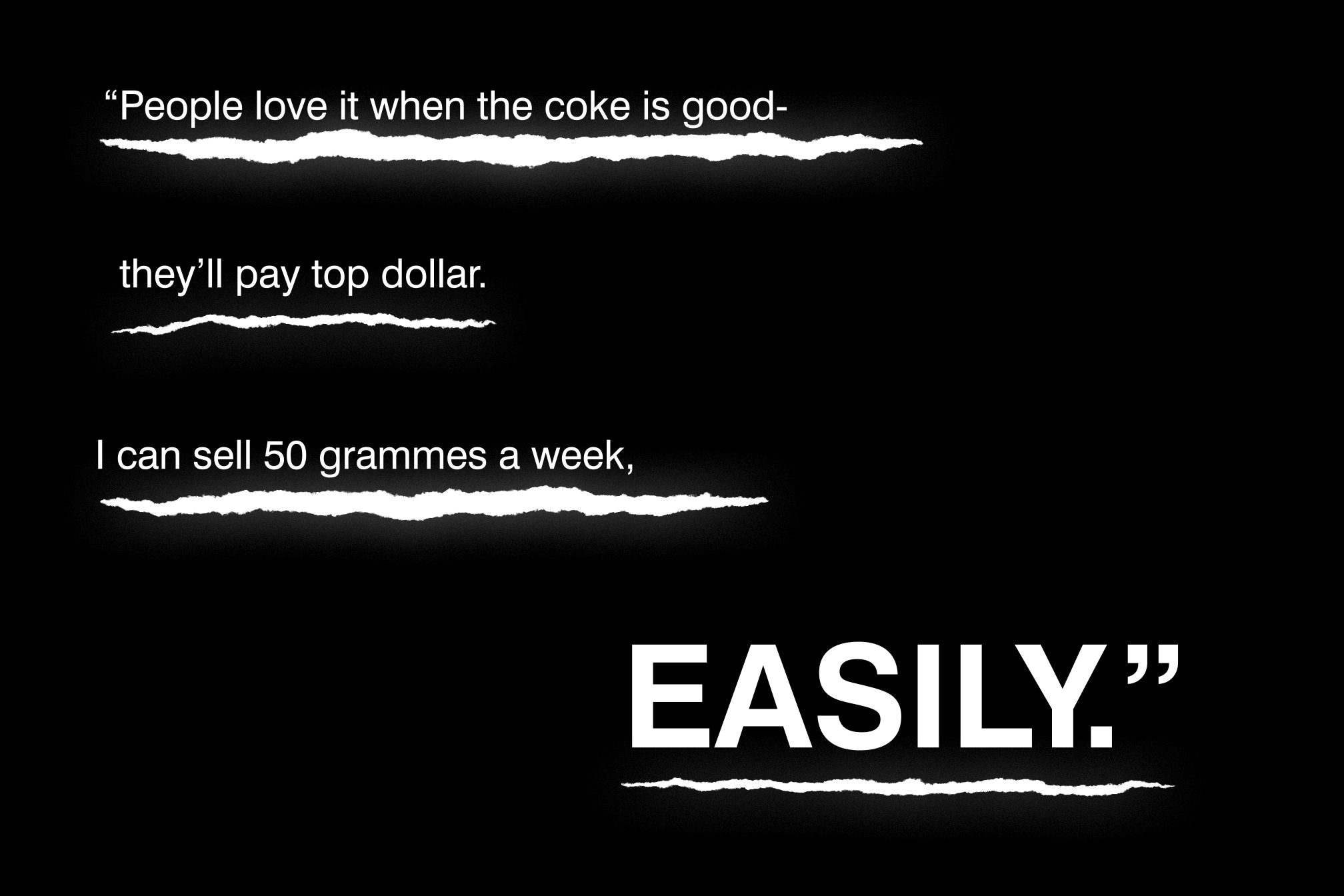 Looking outside London, I reach out to links in Manchester and speak to a 35-year-old man, a web developer, who uses cocaine two weekends a month. “Dave” found his dealer, Jack, when he was sitting in a bar in Chorlton in the south of the city having a drink with his partner two years ago.

Dave was handed a small business card by a young man who walked into the bar like he was flyering the place. But instead of a nightclub promo, the card simply read: “Jack. 24/7”.

“I was a bit pissed, so I called the number and asked what it was on about. He laughed and explained his prices,” says Dave. “I ordered a half. Gave him the name of the bar I was in. Less than 20 minutes later this Jack lad texts me– it wasn’t the kid who flyered me, it was a younger lad who did that. The text just said: ‘Outside.’ So I go out, this car flashes his lights, and I got in, sat down, paid and got the coke off him. Job done. I was chopping out 20 minutes after picking up the business card.”

Jack’s reliability would put most supermarkets to shame, says Dave: “He’s uncanny, this kid. He’s exactly 15 minutes, every single time. It’s pricey – 50 quid for five points [0.5g], but it’s always the exact same quality: absolutely banging. I don’t know how he does it.”

The speed of Jack’s service is due to a number of reasons we will have to deduce, as he wouldn’t answer my questions: he deals exclusively in cocaine, meaning his customers aren’t waiting in a queue while he serves up weed or pills to other drug users. He also works in a restricted postcode area outside the city centre, where road traffic is lighter, meaning he’s more mobile.

The quality of Jack’s product is due to multiple events in a long supply chain that stretches from the tropical jungles of Colombia to the city streets of south Manchester. First up, supply: there is more cocaine being produced today than ever and purity is unprecedentedly high, according to the European Monitoring Centre for Drugs and Drug Addiction.

Ten years ago, Colombia alone produced 600 tonnes of cocaine a year – and that was 60 per cent of the global supply of 1000 tonnes. In 2018, the Latin American nation produced 1,379 metric tons of the drug, according to the UNODC, with Peru cultivating enough coca to make 490 tons; plucky underdog Bolivia adds a solid 250 tons, according to White House data.

So, there’s more than double the amount of pure cocaine being produced in Latin America than a decade ago. That’s one billion more uncut grams. That increased supply means lower prices, higher profits, and often, higher purity as well as greater availability and demand.

More of it is getting to the UK, too, though not all is getting through: five years ago, cocaine seizures in the busy Belgian port of Antwerp – one of the EU’s principal cocaine gateways – came to four tons. Today, that figure has increased 12-fold, with 50 tons seized last year.

Cartels seem prepared to lose shipments at a level never before seen. But then, it’s just a simple plant extract whose value is artificially inflated by prohibition. Gangsters understand this; governments deny it.

Production growth in Peru is in part due to deteriorating security conditions in the hinterlands where the coca is grown – and where the government is weakest. Colombia, meanwhile, has gone into a frenzied cultivation overdrive as government peace talks with the disarmed guerilla FARC fighters, who controlled much of the land where coca is cultivated, promised farmers cash payments to stop growing. These payments were based on the amount of land they had under coca cultivation. The cocaleros simply planted more. 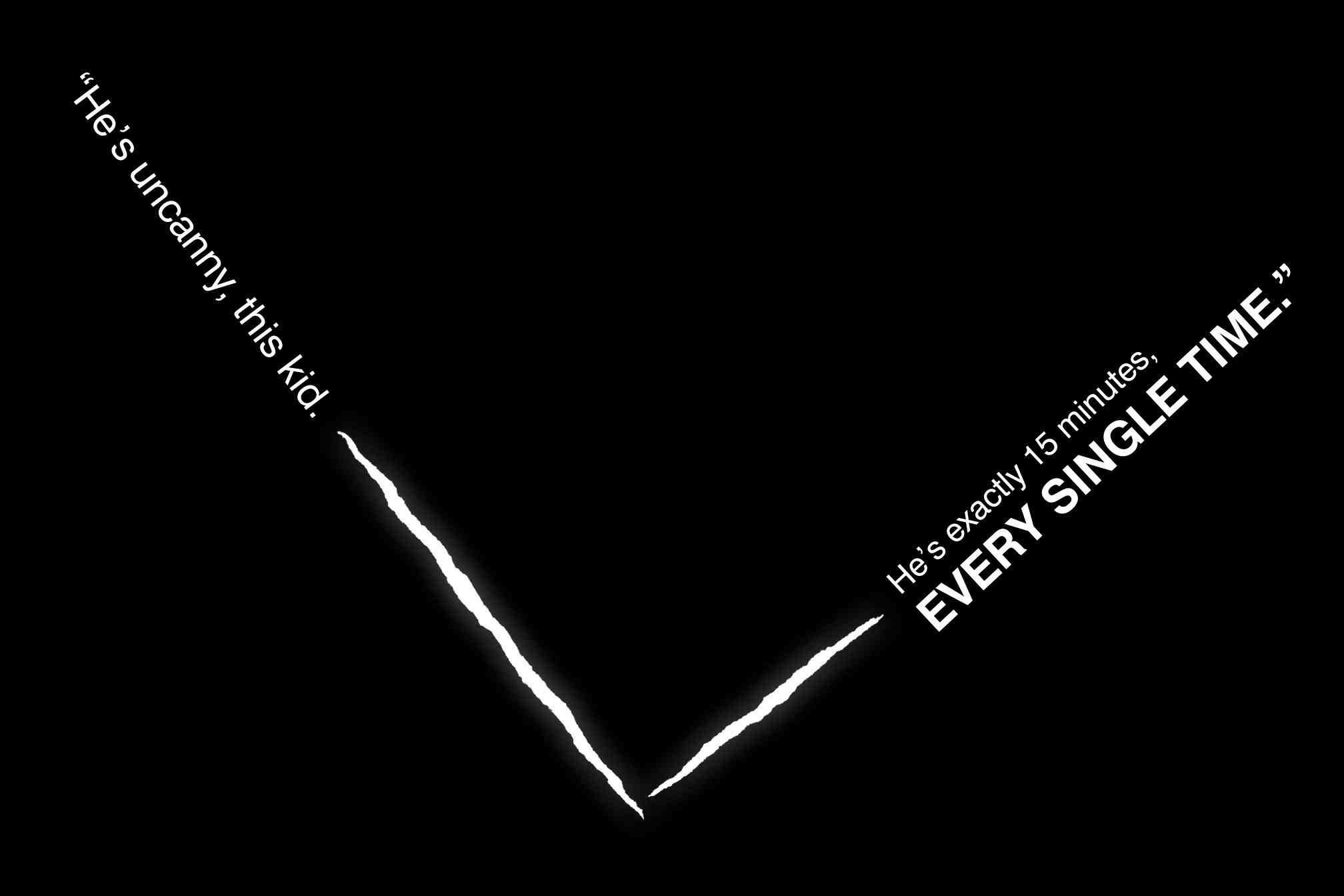 Next, new varieties of coca give farmers extra harvests every year, and produce 33 per cent more leaf weight, according to the UNODC.

Added to this is the market entrance of organised criminal gangs from Albania, who have, say Britain’s National Crime Agency (NCA), gone direct to the source countries and brokered their own deals, meaning new supply lines into the EU have been established, with purities of 60-70 per cent commonplace even at street level now.

That oversupply has mirrored greater demand in consumer countries. Even just among the young in the UK, use has doubled in the last five years, according to Home Office statistics.

I speak to John, a mechanic who lives in a small village in the south west of England. His dealer now sells cocaine “as strong as the dark web stuff” for £100 a gram, and he can deliver in under 20 minutes most nights, though weekends are a bit busier. “Years ago, no one sold decent coke round here,” says John. “You had to go to Bristol.”

I speak to a dealer, Paul, who supplies north and east London, the City, and Shoreditch. “I’ve never been so busy,” he tells me.

Paul gets customers to send him ‘pins’ or Google location markers and times and postcodes, and then plans his routes efficiently. He keeps a stash of pre-wrapped grams and 0.7gs in a house near to his distribution zone. He sells these for £100 or £70 each, so when he runs out, he only has a short distance to go to restock, and doesn’t carry more than 14 grams at a time to minimise jail time if he does get arrested. “Friday nights are busiest,” he told me. “People love it when the coke is good – they’ll pay top dollar. I can sell 50 grams a week, easily.”

Profit margins are attractively high right now, encouraging even more dealers to set up shop – and more dealers equals even quicker deals. Kilos now cost £30,000 when just five years ago it was £40,000, says the NCA. Ounces now cost £1,200-£1,400, says Paul, down “a fair bit” in recent years, and he sells these out in individual deals at £2,800 or more, and he no longer cuts his supply.

Paul earns around £150,000 a year, tax-free, for about 14 hours of admittedly risky, boring work each week. There are hundreds of Pauls in London, perhaps thousands nationwide.

So what’s the impact of all this cheap, strong, easily available cocaine? Cocaine deaths have risen to the highest level ever recorded in the UK; 432 people died in 2017, nearly quadruple the number of fatalities in 2011.

Do you have to do drugs to enjoy dance music?
We went undercover in a Chinese MDMA factory
This is how MDMA first reached the UK