Do you have to do drugs to enjoy dance music? - - Mixmag
Home Latest News Menu

“How was last night?”

“Amazing - I can’t remember much.”

This may be a familiar exchange for anyone who is immersed in clubland and its indulgences. Raves have always been sites to let go and lose yourself, and a great night out can often be a happy blur. Some people hit these heights sober, lifted by the music and spirit of the dancefloor. For others, alcohol and drugs play their part.

There’s no denying the significant role chemical intoxicants have played in dance music history. The vibrancy of New York’s disco scene in the 1970s was fuelled by rampant LSD use. Frankie Knuckles and Larry Levan’s first club job saw them employed to spike drinks with the hallucinogen by Nicky Siano at The Gallery.

After Frankie made the move Chicago, he established himself as the godfather of house music through the pioneering sets he played to fervent crowds at The Warehouse, where the acid-fuelled punch bowls also flowed freely. “Everything was spiked. It was just crazy," recalls DJ Craig Cannon. 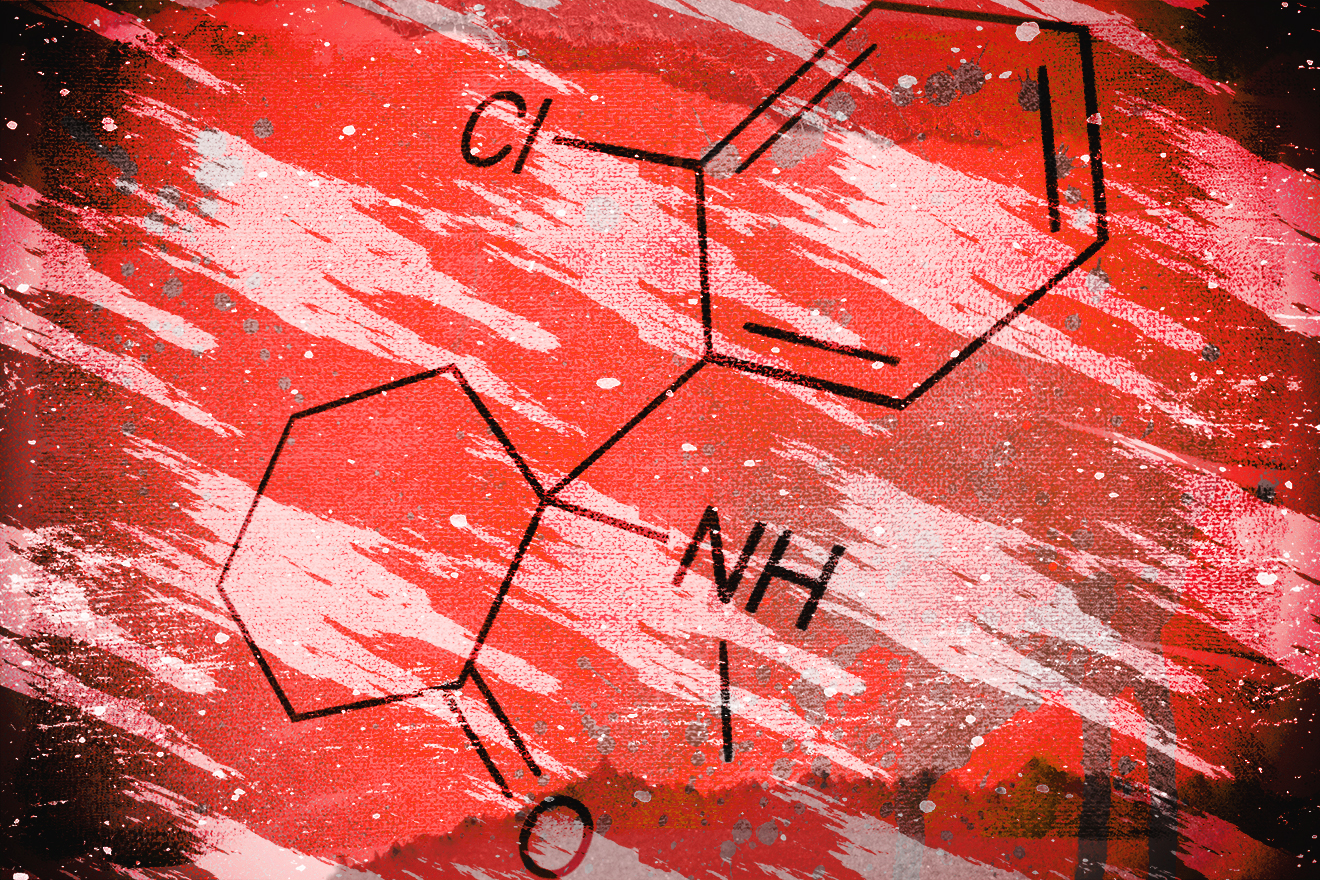 The Balaeric beat movement was born after Paul Oakenfold, Johnny Walker, Danny Rampling and Nicky Holloway took a fateful trip to Ibiza, discovered ecstasy, had their minds altered by DJ Alfredo in Amnesia, and returned home to launch the groundbreaking Spectrum, Shoom and Trip clubs.

“I’d been going to Ibiza since the mid-eighties but it wasn’t until ’87 that things dropped into place. Before that I just used to go around the West End, chatting girls up and having a few beers at naff English bars,” Holloway told the BBC. “I did [a pill] then went off to Amnesia on an ‘E’ for the first time ever. Anyone who has ever taken one will know you remember your first night vividly. It really is a life changing moment.”

“All four of us changed that night,” said Rampling; Oakenfold noted: “Before Ibiza I was playing LL Cool J and Run DMC but when we came back I was playing acid house and Cyndi Lauper… Everyone was like, 'What the fuck are you lot doing?'”. But as ecstasy spread through the UK, Balearic beat’s popularity soared. “There were 50 people on the first night of Shoom and 12 weeks later 2,000 people were in the street outside,” said Rampling.

While these stories indicate an enhanced appreciation for dance music while under the influence, they are not relatable to everyone’s experience.

Artists such as Moby, Rebekah and Stroboscopic Artefacts boss Lucy have been sober for nearly a decade and continue to enjoy successful careers. Dan Snaith aka Caribou is teetotal, and was inspired to launch his more floor-focused Daphni project after being overwhelmed by the almost mystical power of dance music alone in a club setting. The press release for debut album ‘Jiaolong’ included a quote from Snaith saying: “I've been surprised by the number of transcendent moments that I, sober and in my mid-30s, have had in clubs in the last few years, both as a punter and as a DJ. Against my expectations, there's some magic in it still.” 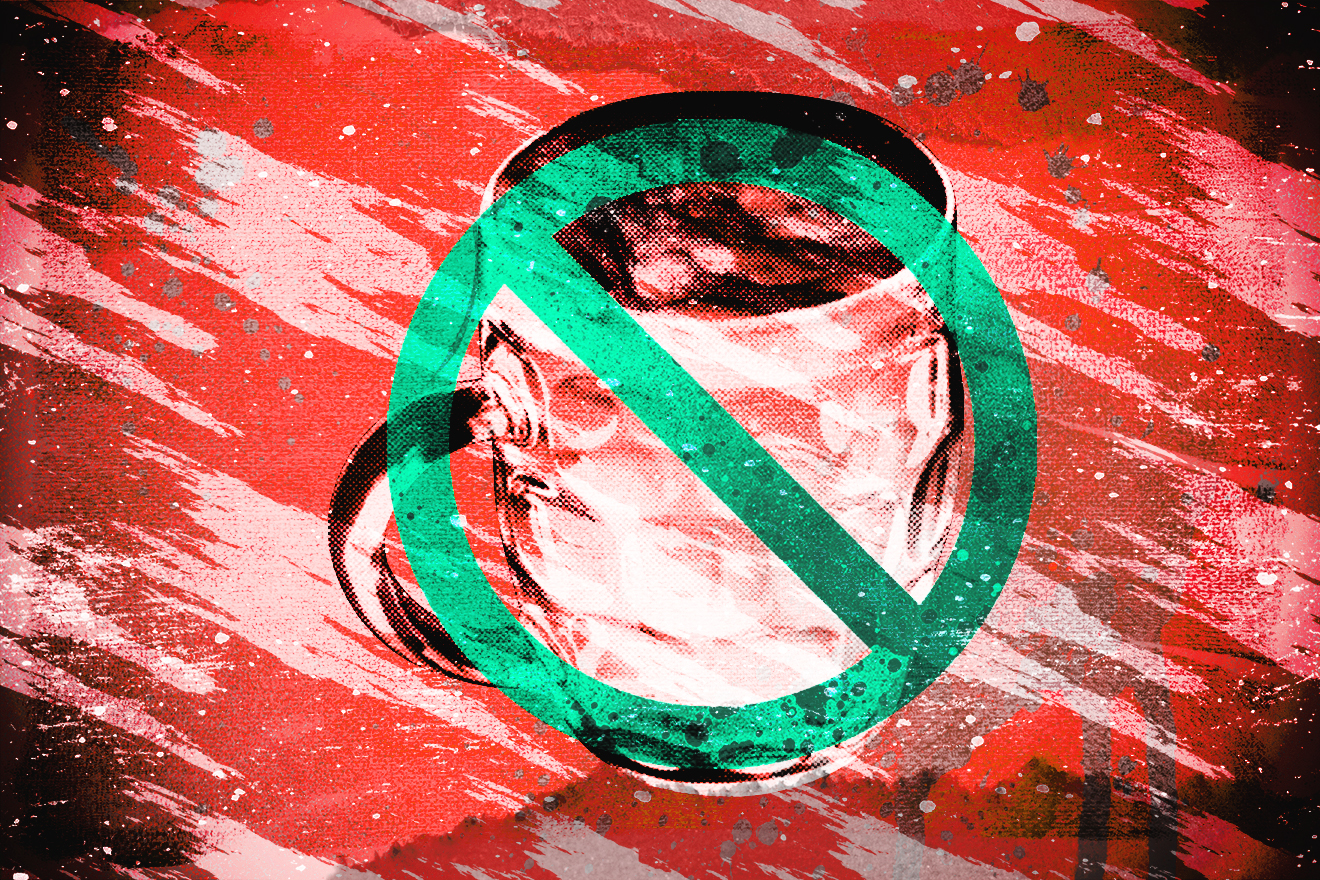 Dr Beate Peter is an academic who explores ‘The Psychology of Raving’. Inspired by a concept put forward by Swiss psychologist Carl Jung about a shared ‘collective unconscious’ among humankind, which she explains as an area of the mind containing “the information that all humans share” that defines the core of humanity, Dr Peter’s theory is that clubbing is a way to experience our whole psyche. She believes the feeling of magic, of oneness in the club, derives from a collective spiritual connection, and people breaking away from a self-conscious mindset.

Drugs and their ability to lower inhibitions and make people less self-aware can aid this connection, says Dr Peter, but they aren’t a necessity; the intangible atmosphere and vibe of a club is the primary incubator. “[The atmosphere] is something fascinating for a lot of researchers. You can't define it - we haven't defined it yet,” she says. “You can go into a nightclub and you can say probably within five seconds whether it's happening tonight or not.”

Reprezent Radio resident (and my Mixmag colleague) Sherelle Thomas has never taken drugs and says that “I find raving very euphoric. Especially when there's a good DJ playing banger after banger. For me, I am just looking for a good energy and good people to be around.” When behind the decks and in charge of conducting the dance, she goes completely sober. “It’s a great experience watching people dance to what you do and remembering every part of it.” Alison Wonderland takes the same approach, late last year tweeting: “I have never once been on drugs when I play. I'm not hating but personally I feel high enough playing sober.” 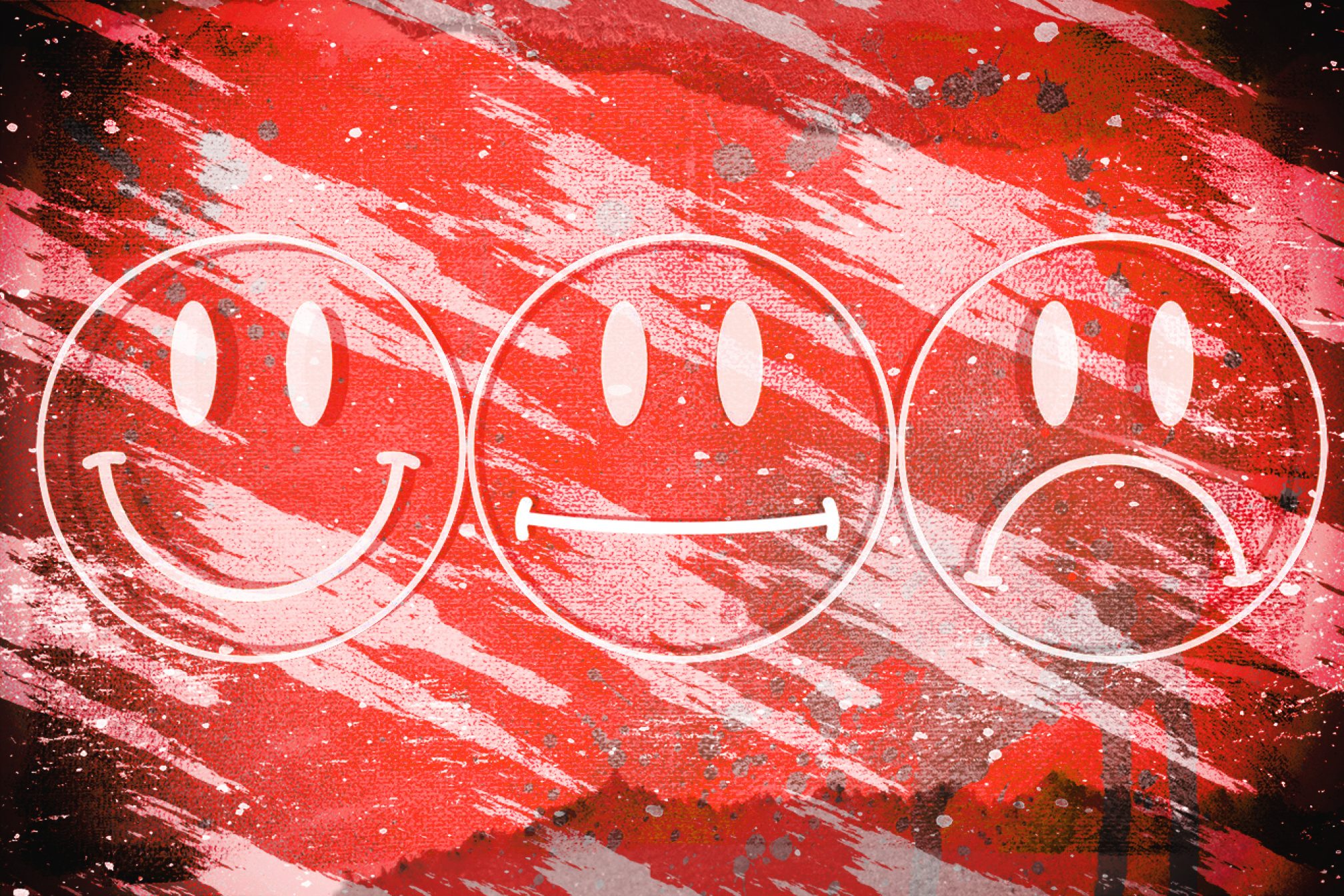 A dance music fan who wishes to remain anonymous told me that while they find drugs fun in the moment, she has had to cut them out because of the negative mental health impact that follows: “The comedowns start overpowering the fun of taking drugs in the first place.”

Drugs were always just a night out supplement for her though, and heading out for the music was always her main priority. “When I do venture out for a night with artists I like at a venue I feel comfortable in, I'm always there for the music, as opposed to just being out on the town so it doesn't hit me too much there,” she says. “But socially, if my friends are [using drugs] and I'm not it can feel a little isolating, but it doesn't really matter – I'm the one who can still get out of the house for the rest of the weekend without tears so that's a positive!”

These experiences reflect that drugs can be used as a night out enhancer for some people, but are not a necessity for clubbing enjoyment. Furthermore, the 2012 Global Drugs Survey reported that while “68.4 per cent of respondents agree or strongly agree with the statement ‘drugs can make a good night out better'”, “76.2 per cent say they don’t need drugs for a good night out”. A point that’s underlined by the trend towards dry partying that has emerged in recent years, at teetotal events such as Morning Gloryville, RAVECLEAN and Buddhafield festival, which has a dedicated dance area and DJs.

It may sound all a bit ‘organised fun’, but you can see why certain parties would want to take this step. As much as drugs can be fun for clubland, they can be a scourge. In 2015, Seth Troxler labelled ketamine as “the heroin of our time”, criticising its effect on dancefloors. Dr Beate Peter agrees, calling ketamine “kind of the end of dance culture”, because taken to excess it makes people’s bodies shut down and unable to move to the music.

Professor Adam Winstock, Founder and Managing Director of the Global Drugs Survey, recognises that there is a scientific basis in drugs making dance music more enjoyable. “Things like MDMA and hallucinogens alter your appreciation of your music,” he says, adding that: “It's a fairly common thing in great dance tracks, and even in the way a DJ will play a set, that it follows a kind of rise and fall, [like the] crescendos of rushing. People are obviously creating that music to mirror that drug experience.” 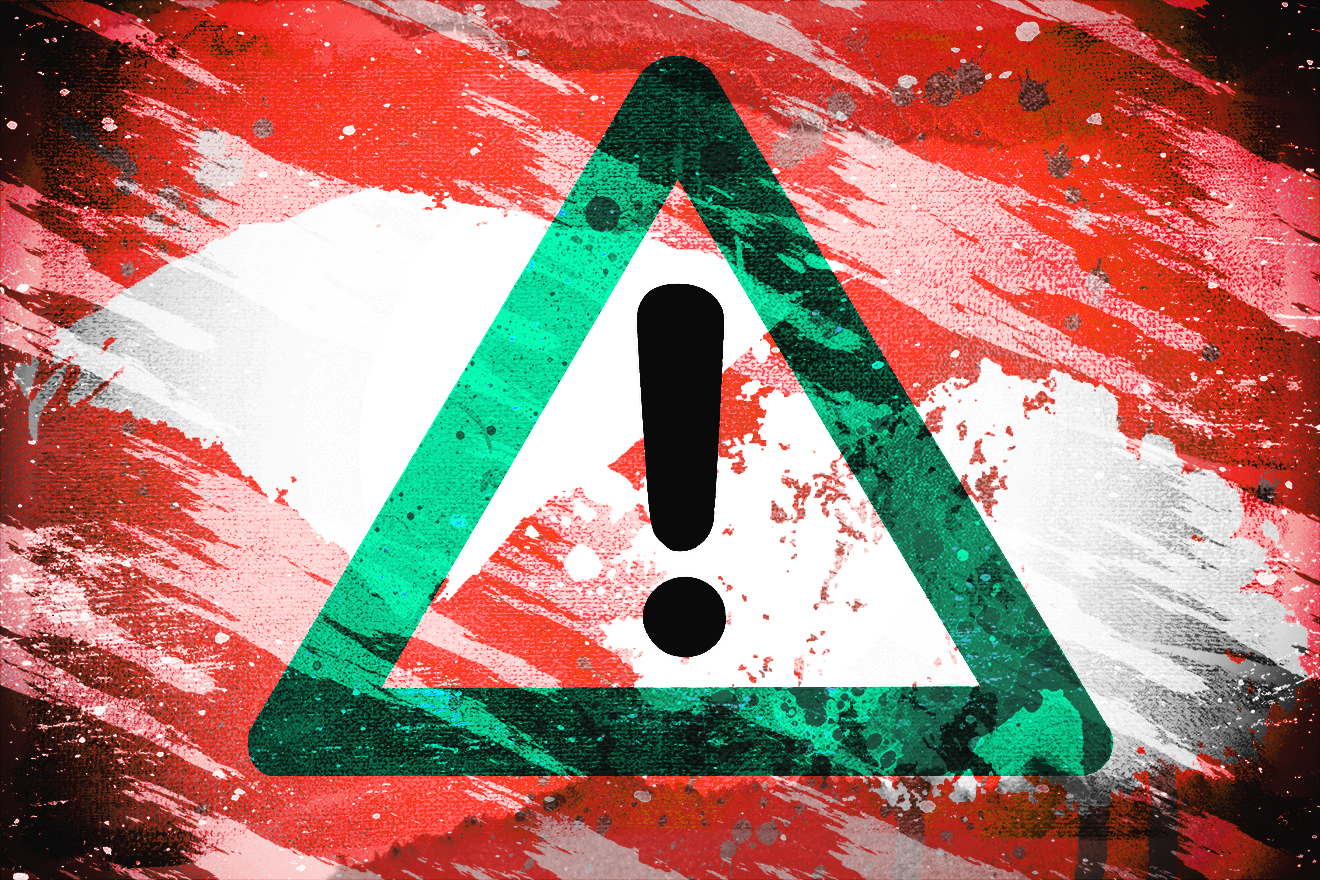 That said, he asserts: “I think that the idea that you have to have drugs to have a good time is just not true. I think it's almost an unfair association that everyone into clubbing takes drugs.” He points to the 2012 GSD data that only “45.1 per cent [of people surveyed] think drugs ‘can make a bad night out good’” in reflecting that “good drugs can make a good night better, but they won't make a bad night good.”

When people start using drugs dependently as a crutch rather than an occasional indulgence, things rarely go well. A number of high profile DJs have suffered mental health issues that have been aggravated by drug taking. Benga temporarily retired from music in 2015 after being sectioned and diagnosed with bipolar disorder and schizophrenia. “I lost everything within the space of about four months,” he told the Guardian, recounting his mental breakdown that was “brought on by drugs”. Louisahhh needed a life-saving family intervention to snap her out of a crippling drug addiction in 2006. "It was hands down the best thing that has ever happened to me – the most important part of my life because it gives me a fighting chance,” she said, advising people to: “Learn how to take care of yourself and have fun simultaneously.”

Professor Adam Winstock shares similar words of wisdom that being careful is key. The results of the 2017 Global Drugs Survey reported: “On most occasions drug related harms can be more closely linked to individual behaviour than the drug its self”. When used sensibly, drugs can improve your enjoyment of dance music, but they’re also dangerous, and there’s no need to take them to have fun.

“The challenge I'm finding now is how do you make safe drug use not sound boring. It's very difficult as an approaching-middle aged psychiatrist to tell a 19-year-old that ‘honestly, to have the best night be sensible’,” Professor Winstock tells me. “That's not me saying that, that's 100,000 ecstasy users that we've researched over the last five years!”