Back in August we hosted a Lab NYC session with Martyn and DJ Voices. In their first ever b2b set, they showcased a dazzling array of sounds and styles in one of our favourite Labs of the year.

Before the Lab took place however, the two played a warm-up set that was just too good not to share. Focusing on deeper, darker and more bass-heavy frequencies, you'd be forgiven for thinking that the pair had been playing together for years.

Read this next: "Connecting the story": How Martyn made ‘B.C.2’

For this In Session, we have that very recording and we also sat down with the two to discuss playing b2b, how their sounds matched up and how their styles have adapted through playing in New York..

We really like this one and there's no doubt you will too. It's special.

Check out the mix and interview below and catch Martyn and DJ Voices (as part of her collective Working Women) play at Nowadays on November 29, info here

From our knowledge you haven't played together in a club setting (if at all before the Lab), what is it like playing b2b with someone for the first time and how was the experience?

DJ Voices: Yep, this was indeed our first time! I was super honored, excited & surprised to be asked to play b2b with Martyn, his music and djing have inspired by for quite some time, plus he's been doing this much longer than I have, so I have to admit I was a bit nervous. But he's a very generous and supportive b2b partner I've learned so I only have the fondest memories of this set.

Martyn: I don't exactly know where the idea came from, but from hearing Kristin play with Working Women at Good Room it felt like our styles would gel well, but are also different enough to make it musically interesting and I think it worked really well! She has a really great vibe about her and for me that's maybe the most important thing about DJ'ing with someone, to be able to feel good enough with someone to express yourself properly and without inhibitions.

How do you approach your b2b sets together, was it very much on the fly or did you have an idea of where you wanted to take them?

DJ Voices: I would say completely on the fly. It was pretty last minute. We threw around some genre adjectives via text a few days before and that was it really. Luckily I was very familiar with what he does, and I think since Working Women have played his Good Room residency twice, he more or less knew where I was coming from as well.

Martyn: To me DJ'ing should always be on the fly, we talked a bit about the set beforehand but sometimes it's better not to talk too much, and just sort of "challenge" each other musically with each track, really listen to what the other is playing and reacting to it. 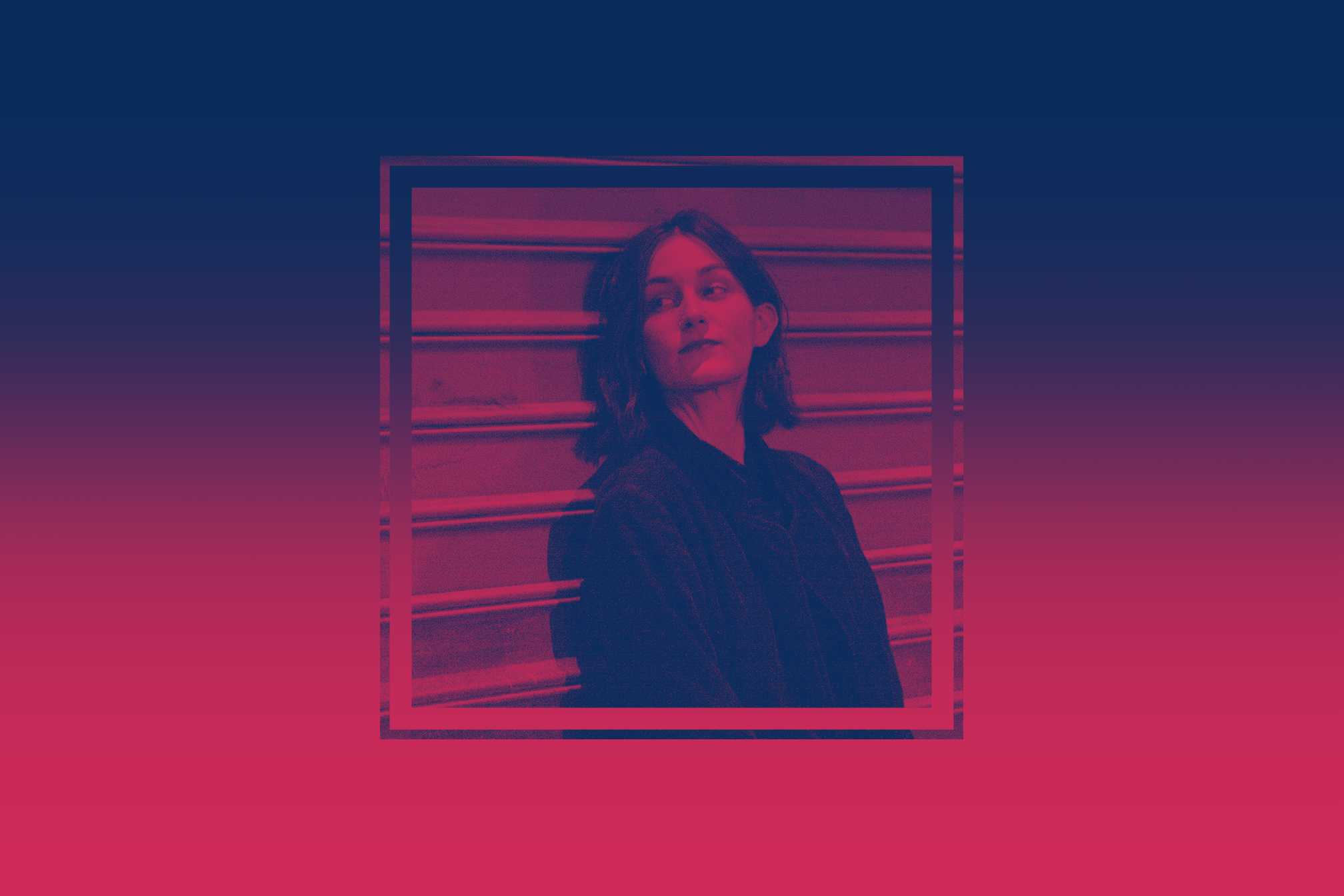 The two sets showcase different sounds and styles yet they worked together seamlessly, was it your aim to differentiate or did it evolve into that over the two sets?

DJ Voices: I think it evolved naturally. The first set (the one being published today) was more of an opening thing as the room filled, and before the stream started and the cameras turned on. I think you can hear that when comparing the two, as the second set is a bit more party-oriented. It was like we opened for ourselves.

Martyn: It was a slightly odd situation as there was a break between the "warm up" hour and the "video set", That's probably why musically they're a little bit distinct but it worked well on the night, and hopefully also on the recording!

There's an unwritten etiquette to playing b2b, what are the key things to pay attention to when playing with someone else?

DJ Voices: I feel like I regularly find myself in b2b situations, it is of course the premise of Working Women so yes I have some personal rules:

- Listening to & communicating with your b2b partner is essential.
- Always give them a heads up if a song is short (less than 3 minutes in my book).
- No touching mixer while other is playing
- The objective is to make something beautiful together, not for you to show off. I try to rein in any (potentially annoying) flashy mixing techniques or total game-hangers (although a curveball is always fun/nice).
- Have fun and enjoy having a front row seat to watching some one you admire work out their talents.

Martyn: I don't play b2b's often at all, in fact I'm very selective about doing them as I feel most b2b's aren't that good musically. (unless you are a seasoned team that plays a lot of gigs together) A lot of b2b's are also just primarily commercial ideas rather than artistic endeavors. Another problem is that sometimes b2b's become a little competitive, and it becomes more about outdoing each other with bigger tunes than about playing for a crowd - actually come to think of it, maybe it's just a guy thing.

B2B's that I've really enjoyed are the ones where I don't quite know where the other is going to go musically, so it takes me out of my DJ comfort zone a little bit. That's what makes it good, since you are challenged on the spot to come up with ideas on how to make it work on the dancefloor - which is essentially what DJing is about. 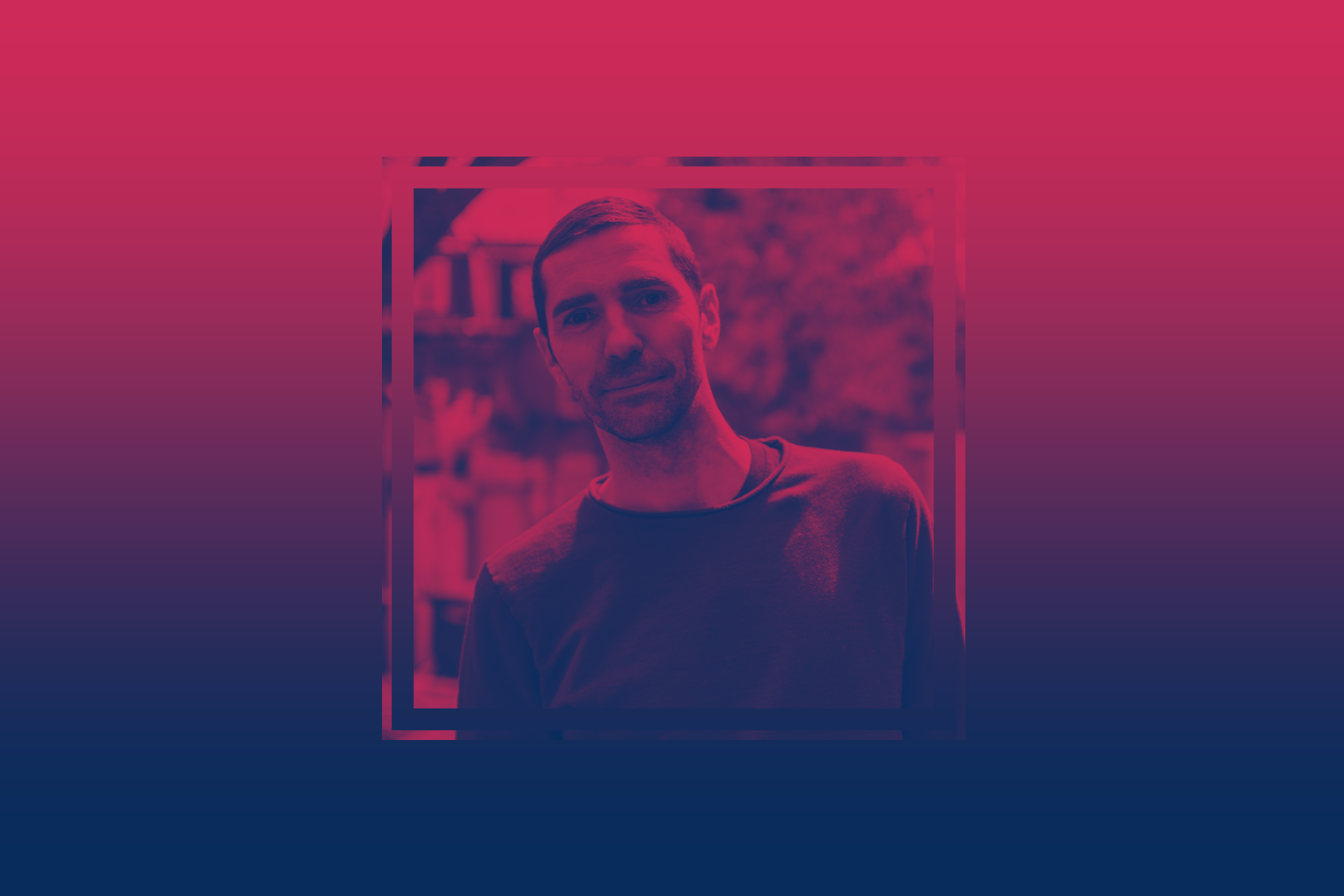 You both play in NYC often, DJ Voices you're based here and Martyn you have your Good Room residency, can you describe how this city has impacted your sound and approach to DJing?

DJ Voices: I've been thinking recently that NYC has really allowed me to just be a DJ. I have zero aspirations to become a producer to further my career, there have always been points in my life where I've wanted to make music but honestly the art of djing has satisfied that craving more or less over the past few years.

There's a long history of DJing here spanning hip hop, disco and house, and that lineage continues today with so many talented local stars. There's no shortage to the styles you can see on any given night. I try to absorb every last one of them and present them in my set. Also, New York house music will always be my first love, discovering this history through A1 and a few notable peers was a personal revolution of mine I'll never forget.

Martyn: I have to admit something. When I first visited New York, I didn't like it much at all. I'm a periphery person, I love being on the outside of things. Also, New York is very big! There's so much going on I find it hard to find peace. Over the years I have played a lot of gigs in NYC, some great, some not, but it wasn't til my Good Room gigs morphed into a residency of sorts that I felt I established kind of a "home" in this city. A place where I could do my thing, see familiar faces and be part of something bigger, not just an outsider. That has been very important to me.

Also, New York has so much (young) talent, and I love feeling the enthusiasm and positivity that people bring to the nights, whether as crowd or as performers. It rekindled the love I have for putting my own nights on. Seeing the b2b machine that is Working Women working it, Shy Eyez showing up before the doors open on the night to practice on the new mixer, Savile worrying about the decorations on the ceiling for his U-Me-Us party, the real behind the scenes stuff, I love it so much, so inspiring!

What's next for this year and is there anything coming up in 2020 that we can get excited about?

DJ Voices: I'm writing from London, where I'm nearing the end of a 5 week tour. Next up are a few UK gigs, and some very special parties at my homebase Nowadays, one with Martyn and Working Women, and another with dear friends and immense talents Ciel & CCL. There are a few special things happening before the end of the year, including a party at Mood Ring with more exceptional DJs and friends - Beige, Lis Dalton and Deep Creep.

Martyn: I just came back from a tour in Australia and New Zealand which was really good, and doing mostly US shows til the end of the year bar a weekend in Munich and one in London, and Panoramabar on NYE. I have a new EP coming out on 3024 in a few weeks called One Eye (In the land of the blind.. etc) which I'm really proud of and I am also preparing two EPs for early next year, by Anunaku (aka TSVI) and Yak.

There's also a track I worked on coming on a friend's 2x12" on Metalheadz, 170bpm stuff! I may do some more of that early next year, but by far most of my energy is going into finishing a book about Goldie's Timeless LP, for Bloomsbury's 33 1/3 series. It's very exciting but a LOT of work!