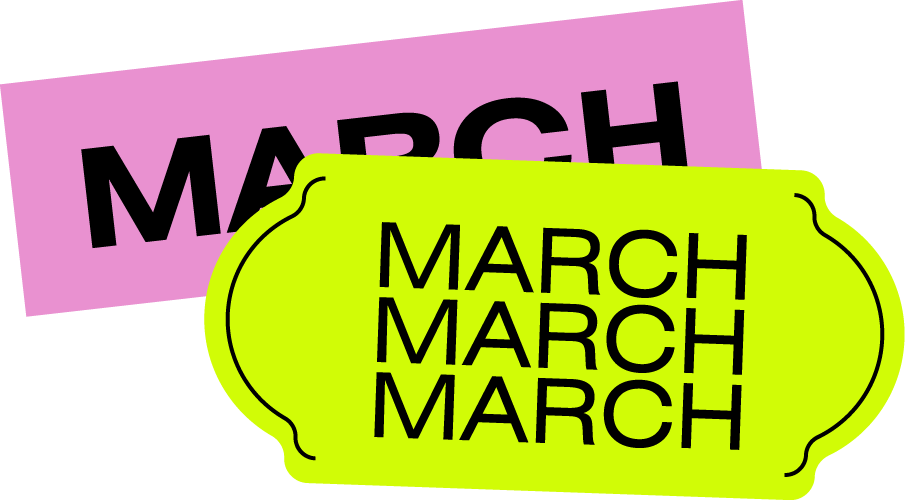 Hugo Massien has made his fair share of club-wreckers in his time. His debut album carries forward that know-how but adds more gorgeous elements to the mix. Tracks climb to sublime heights via airy pads or include a state of calm with blissfully cavernous foundations, as well as bringing those tried-and-tested Massien bass wobs, kick drums and earworm electro melodies. The album format gives artists a chance to flex their full range, and Massien has gone all out with that opportunity.

‘Magnetite’ is an adrenaline-charged release that doesn’t let up from the opening percussive pitter-patter until the airy atmospheric fade out of the closing cut. In between it explores music’s potential for connection with and exploration of the self and more metaphysical concepts, racing through ritual-inspired sounds and textures.

Rema’s smooth vocals and enticing beats made him an instant star of Afrobeats from his first relasae. His debut album cements his position as a global favourite, bringing a nonstop supply of hits. The “Another banger” tag of producer London that decorates the LP rings true each time.

Drain gang members Bladee & Ecco2k, and producer Whitearmor, are at the top of their game on ‘Crest’. The nine-track EP is a sweetly alluring, emotionally resonant, sonically addictive blend of rap, rave and synth pop, fuelled by lyrics that take a transcendent trip on spirituality. Listen and ascend.

Debit’s new album ‘The Long Count’ is a masterpiece. Developed following her time spent on solidarity-building stays with Mexican indigenous resistance groups, the LP is a complex, layered exploration of myriad themes: looking back Mayan history and transforming its influence into futuristic gazing. The result is a release that’s timeless in more ways than one.

Yes, the fourth instalemnt of the Tana Talk series is out. Firing off with 'Johnny P’s Caddy’ featuring J. Cole, simple yet impeccable sampling gently slides through the hard lyrics. One of the boldest tracks has to be ’10 More Commandments’ featuring Diddy, which was created in reference to The Notorious B.I.G.’s ‘Ten Crack Commandments’. Even though it sounds very different to Biggies’s, the lyrics refer back to his classic. The whole album has many major names included, but each feature feels appropriate, not only due to their tone on the track but also the lyrics working so well with Benny’s storytelling.

After the release of ‘Believe’ (feat. Fredwave and Jeshi) in 2021, we all knew that the forthcoming p-rallel EP is features on would give us more solid grooves. ‘Believe’ itself has a slow build into a jazzy house beat, as does ‘Can’t Get Enough’ featuring Rachel Chinoriri and Venna, which combines bubbling beats, Chinoriri’s gorgeous vocals and Venna’s enchanting sax playing. p-rallel proves that he can produce complex tracks as well as bring out other artists’ skills within his work.

Kojey Radical’s debut album really does give us a reason to smile. Hip hop meets jazz in this 15-track LP, especially the soulful singing of the opening track, alongside Radical's tight verses and a funky bassline. Throughout the album we hear ‘80s-style synths that work surprisingly well alongside his rhythm and the use of brass instruments. It’s a remarkable debut album, which must be why it took him almost 10 years to finally drop the full-length — he was obviously looking for perfection.

The thing that makes this album so good is how you can hear RZA’s former-self shine through with lyrics similar to those of his solo career pre-Wu-Tang. DJ Scratch has worked with many greats and uplifts RZA’s vocals with his mixing talents. The whole album feels like you are watching an emotional thriller with its atmospheric sounds and passionate lyrics. ‘Fate of the World’ includes references such as “Wu-Tang is forever” which feels comforting to hear from a solo album.

Bold, direct, yet still delicately emotionally aware, ‘Forbidden Feelingz’ is a landmark in the current sound of the underground. Fast-paced drums, heart racing tempos, and perfectly calculated beat drops fuse with jungle, drum ‘n’ bass, reggae and hip hop influences, making for a listening experience that will keep you on your toes. This EP is a real insight into Nia Archive’s plethora of influences - musically and otherwise. A standout moment is when Nia swaps out her own voice and narrative in the first track ‘Ode 2 Maya Angelou’ and has a snippet from her infamous poem ‘Still I Rise’, a poem which carries so much weight to women everywhere.

Denzel Curry has delivered once again. The ever-evolving rapper never shies away from his varying influences. This can be most heard in his latest album ‘Melt My Eyez, See Your Future’, where we see Denzel dip his toes into jazz, slow rap, drum ‘n’ bass and trap in a way that we’ve never seen before. It has an elevated sense of becoming - one that the Florida rapper has spent his expansive career perfecting. It has features from some of his most loyal collaborators, including Kenny Beats, and we see the rapper really let loose. Denzel is not a force to be messed with, and this album proves that.

Drama’s stellar debut EP is daring, eclectic and intelligent, seamlessly coombining sounds from South Asia and the UK. The final track ‘Blue Frog’ is a true standout in this project, merging soulful sitar with a classic UKG-esque drum pattern, all with a naughty bass-heavy drop thrown in. Just as you think it can’t get any better, you realise that this track, and the other two on the project, are laced with the subtle bangs of the tabla.

Staying in tune with her various influences and wholesome personality, Koffee once again delivers a merry and cleverly lyricised project for fans to enjoy. The 10-track album takes listeners down a varied musical journey, journeying everywhere from reggae to the sounds of commercial pop music, but with a special Koffee twist. She cements her position as a flagbearer of positivity, good spirit, and appreciation of the simplicity of life, all of which are lyrically introduced in opener ‘x10’, but in a way that isn’t overbearing or preachy.

If just four tracks could summarise the beautiful hodgepodge of Jordan Rakei’s discography, ‘Bruises’ would be the album to listen to. “I wanted to explore my musical roots of reggae music on ‘Bruises’, but put a slightly alternative spin on it,” said the producer on his latest EP — a combination of soulful upbeat tracks, reggae and dub flavours and jazz-inflected pieces featuring Rakei’s velvety R&B vocals.

Cutting her teeth on the noughties UK garage scene before a decade working in a record shop, Eliza Rose has become an impeccable selector. But now, putting her smooth radio voice to a four-track EP produced by Ireland’s M4A4, Eliza Rose proves why she’s killing it currently. ‘Shades Of Red’ lands on Lobster Theremin as the label’s 100th release, and what better way to celebrate than with the belter eight-minute finale ‘Trouble Maker’ featuring storming breaks and seductive, garage-inspired vocals.

Following Tom VR’s September-released LP, ‘Please Keep Shimmering’, the producer tapped Midland, Lone, Peach, and Kareem Ali to take on remixes, landing on Seb Wildblood’s All My Thoughts earlier this month. Each artist selected tracks from the record to rework, including the delicately edited ‘Soared Straight Through Me’ by Midland who chopped and changed the track in his own unique style. “In recent years he’s had a huge influence on me personally and on my creative approach,” Tom VR said in regards to the producer.

13-track LP ‘Tropical Dancer’ marks Belgium-born Charlotte Adigéry and Bolis Pupul’s first collaborative record together. It’s a stunning album, exploring post-colonialism, racism and the new digital age of social media in a fierce dance framework. With an added production benefit from Soulwax, ‘Tropical Dancer’ triumphantly goes where others won’t, dipping in and out of French and English vocals to keep the listener eagerly on their toes.

Never one to shy away from a concept album, Portuguese producer and Quantica boss Violet looked to the everyday for her latest LP ‘Transparência’. Each of the record’s 10 tracks is destined for a different activity, such as ‘Música para limpar e arrumar’ (Music to tidy and clean’), ‘Música para contemplar a natureza’ (Music to contemplate nature) and even ‘Música para cantar no banho’ (Music to sing in the shower). While the record varies in tone there’s a clear mixture of dreamy synths and low-pitch basslines during the more “contemplative” activities — while harder drums and luxurious vocal samples are employed during the vivacious moments such as ‘Música para dançar’ (Music to dance). Truly the day-of-the-week socks of electronic records.

Interstellar Funk ‘Into The Echo’ (Dekmantel)

Balancing neatly between erieness and warmth — Dekmantel veteran and cosmic wave rider Interstellar Funk delves into the deep, dark depths of the club with ‘Into The Echo’. Traversing experimental, processed drums and club-ready, poppy synths, the Dutch producer has called the record “A homage to the potency of analogue machinery and experimental electronica” and there are elements of that era layered throughout the record — there’s sullen guitar riffs, haunting dub and twinkling, retro bleeps and bloops. A particular highlight is second track ‘Crystal Whispers’, a heady foray into grinding electronica and pulsating, soft basslines — we’re already imagining ourselves melting to it in an Amsterdam park this summer.

The warmth and depth of soft drums and cheery claps is what makes the analog revival so exciting. As if delivered specifically for our post-COVID get-togethers — Oakland’s very own Space Ghost has produced a ‘Private Paradise’, and feels like just that: a tranquil, calming mix of building percussion, weaving synths and biomusic. The TLC your ears never knew they needed.