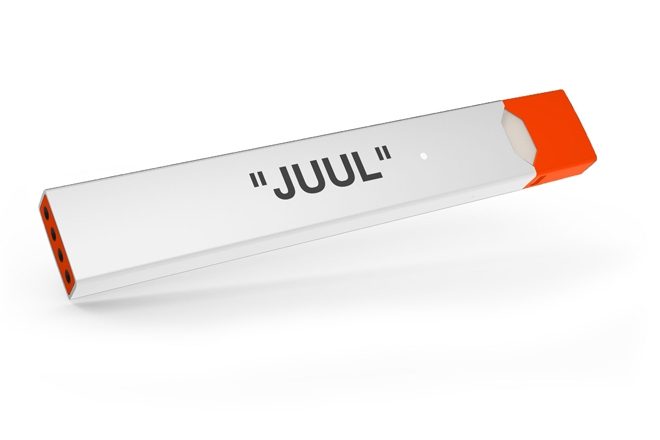 Juul is one of the most popular e-cigarette brands in the US and since its launch in 2017, the company has grown exponentially and is now valued at around $38 billion.

Abloh has always been someone to spot cultural movements and adapt within fashion and lifestyle and his upcoming Off-White Juul is set to be one of the hottest launches this year.

Talking about the collaboration, Abloh said: “I’ve always been interested in how people inhale and exhale, I see it as the most primal form of expression, so for me, doing something with Juul was an obvious move.”

Talking exclusively with Mixmag, Virgil revealed that the original idea came through an unlikely encounter with a raver at recent club performance in Amsterdam.

“I was DJing at Shelter and someone came up to me afterwards and asked me to sign their Juul, that’s where it hit me. I signed the word “Juul” in quotation marks and everything clicked.”

The fashion world and Juul have already merged over the years with the availability of customisable skins and brands like A Bathing Ape and Supreme have had their distinct styles etched onto the device.

It’s not the first time fashion and dance music have collided with limited-edition, hypebeast products either as Supreme announced a range of Pioneer decks last year.

Abloh has insisted though that his Off-White collaboration is more than just a skin:

“The colour of the vape smoke will of course be Off-White, a natural amalgamation of the colour between black and grey. The first flavour “pod” will be called “fashion” and that’s all I can really say right now.”

Even with a whopping $1500 dollar price-tag, the Off-White edition Juul is expected to sell out in minutes and if his recent Nike collaborations are anything to go by, this will be the hottest item of 2019.

Cop or drop? You decide.