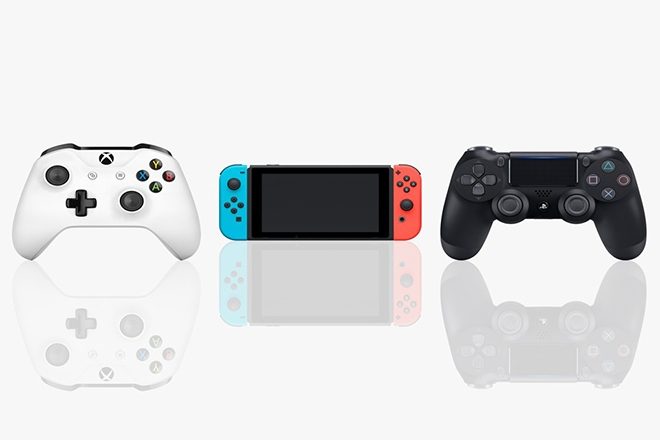 In a joint letter written to the Trump Administration, the technology giants Sony, Nintendo and Microsoft have warned that the government's new tariffs on China will drastically harm the video game industry and cost US consumers an extra $840 million a year more for game consoles.

The purpose of the Trump Administration's new tariffs on China is the protection of US intellectual property and high-tech leadership. However, Sony, Microsoft and Nintendo all agree that these tariffs "will undermine—not advance—these goals" and cause "disproportionate harm to US consumers and businesses."

"As significant as the impact of tariffs would be for video game console makers and consumers, the harm to the thousands of US-based game and accessory developers who depend on console sales to generate demand for their products would be equally profound," the companies write in their letter. "The ripple effect of harm could be dramatic."

All three companies warn that 96 per cent of all video game consoles were made in China last year, and disrupting their complex supply chains with the implementation of these new tariffs will cause significant harm to a sector which generated $43.4 billion in total revenue last year and employs more than 220,000 people. Because of this fact, all three companies have asked that video game consoles be exempt from the tariffs.

"Video games are a core part of the fabric of American entertainment culture. Two out of three households have at least one video game player and 60 per cent of Americans play video games daily," they added. "A price increase of 25 per cent will likely put a new video game console out of reach for many American families who we expect to be in the market for a console this holiday season."