Video games have soundtracked the youth of countless people who’ve grown up in the past three decades. As more and more of Generation Y come of age, we’re seeing more and more producers crafting music heavily indebted to an upbringing surrounded in swirling neon colour, flashing images and glossy synthesised noises – and it’s helping dance music progress in interesting directions.

The one and only tweet posted on Burial’s now-deleted Twitter feed on November 8, 2008 read: “Settling down to some MGS4.” And the Hyperdub artist, one of electronic music’s most acclaimed figures, has sampled sounds from Metal Gear Solid games in tracks such as ‘Archangel’ and ‘Distant Lights’. In 2012 he told Mark Fisher: “A lot of my drums are just people picking up new ammo and weapons in games”. Rustie is another artist who flipped perceptions of dance music on their head and ushered in a new generation of producers with his 2011 record ‘Glass Swords’ arriving stylistically similar to, and packed full of hyperactive noises from games such as Zelda. We've even seen producers make the step from video game production into the world of underground dance music, such as Ape Escape composer Soichi Terada who has released on Rush Hour and grown into one of the best-loved artists on Antal’s ultrahip label. 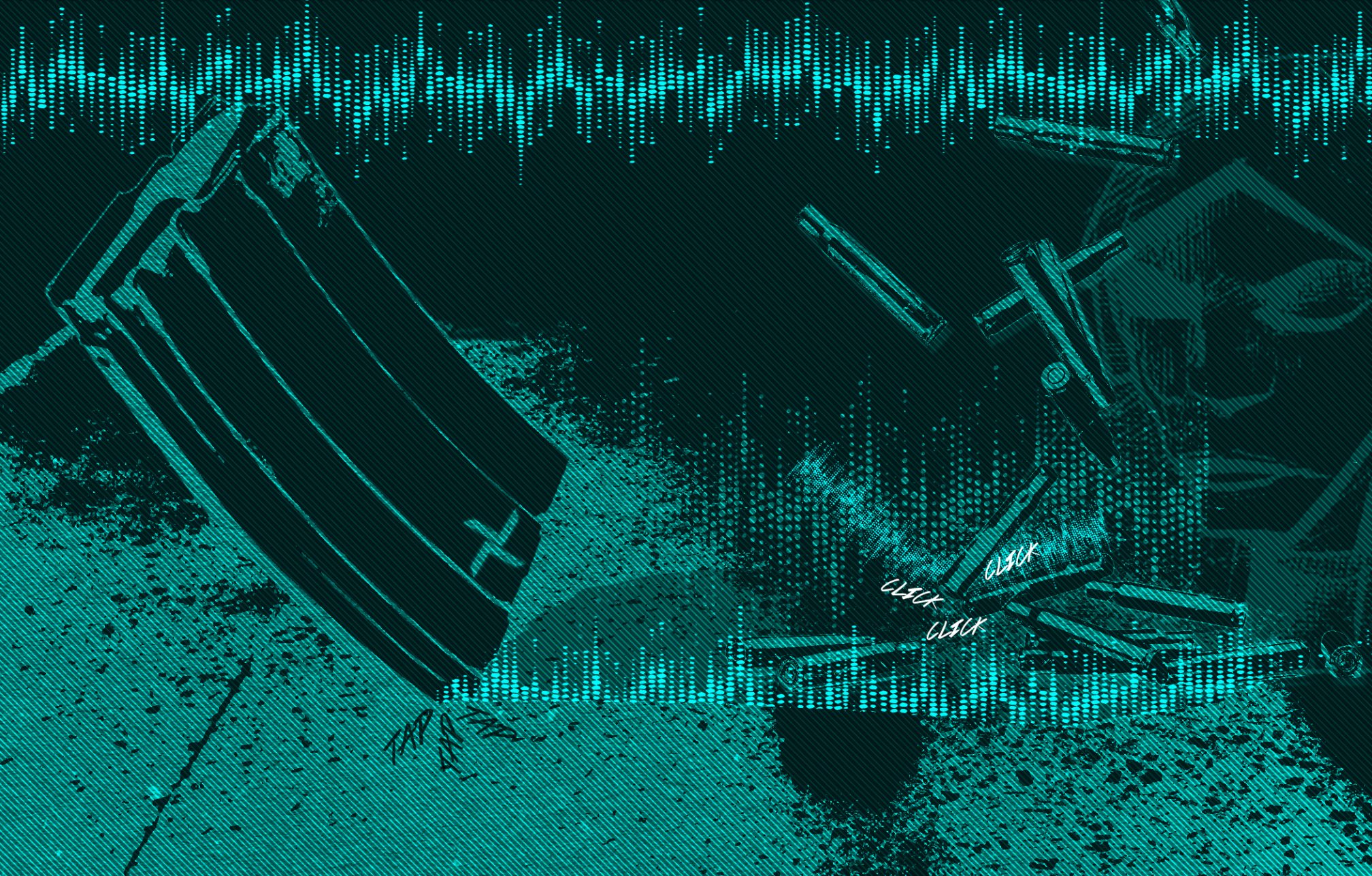 For many of these artists, an interest in video games developed before a conscious appreciation of music, and these soundtracks permeated their malleable young minds and remain primary influences in their sound design.

Nightwave describes video games as “playing a big part in my journey in electronic music” and chose 8Bitch as her first artist name due to an “obsession with 8-bit sounds and vintage video game influences.” Similarly, Silk Road Assassins, who first came together over a shared love for gaming, originally named themselves TimeSplitters after the first-person shooter. They have carried forward a passion for early electronic sounds in their work, audible in the warped, futuristic grime mutations the trio have put out on Planet Mu and Coyote Records. “Our generation has grown up alongside games consoles, and regardless of what social background you were from they were pretty unavoidable. We weren't really super aware of dance music or had developed any kind of taste at that age but game soundtracks would've been our first introduction to a lot of electronic music,” they say. Last year Brixton producer Sirpixalot unearthed 1994 game Wolverine: Adamantium Rage and credited its soundtrack as grime before grime existed.

London-born producer Matt Farthing (aka Christian AIDS, Stay Positive and FAIK) points to the soundtrack of Streets Of Rage 2 as a kind of proto-techno, and seminal to his later interest in the dominant dance genre. He used to leave his character motionless for extended periods just to listen to the music. “The fairground level is really spooky, with mist all around, and the tune playing is insane, it's the heaviest song in a video game ever,” he says. “It was an entry point into that type of music, You don't realise it's going into your head because as far as you're concerned you're just playing this super fucking cool game, but really you're ingesting all this music.” 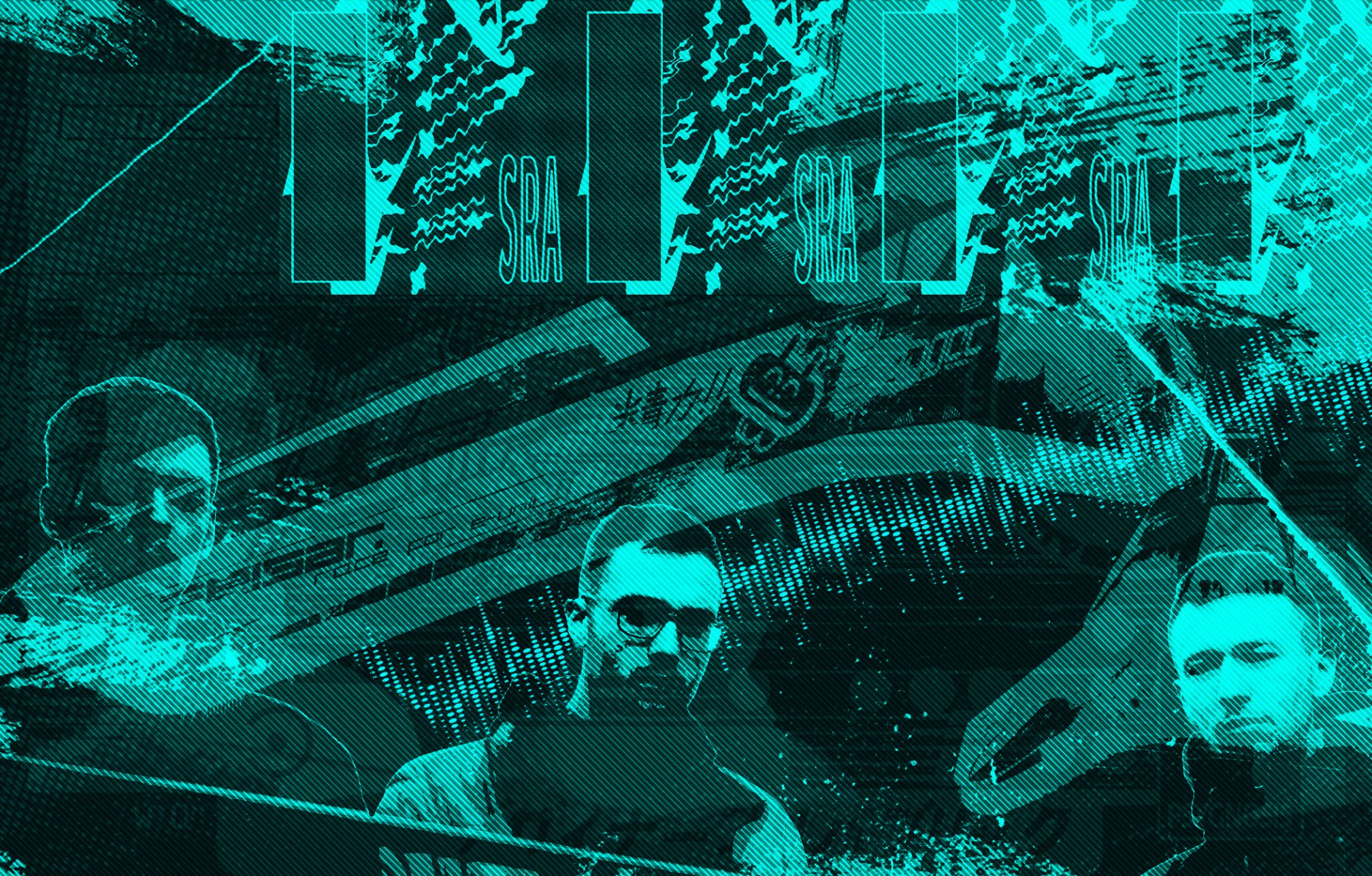 Liepzig’s Credit 00, who put out an album titled ‘Game Over’ earlier this year via Uncanny Valley that was described as "an electronic love letter to the romantic fantasy worlds of classic video games”, shares similar views on games’ osmosis-like impact. “I think I picked up the aesthetics unconsciously. I wasn’t thinking much about music when I played arcade games for the first time but I was totally fascinated by the alien sound,” he says. Likewise, TOKiMONSTA credits the atmospheric sounds of Donkey Kong Country 2: Diddy's Kong Quest as important to her discovery of musical elements she enjoys. “It’s full of airy, paddy, reverby sounds, making this ethereal soundscape. It’s kind of mellow, but there are moments where it’s more upbeat. In a way it’s very cinematic,” she says, in terms that could equally be applied to the more breezy, downtempo music she’s released on the likes of Flying Lotus’ Brainfeeder outlet.

“Video games were pretty much my musical upbringing,” says Danny L Harle, who studied classical music at Goldsmiths and has been hailed for the way he combines historically disparate styles. To Danny, they’re a natural fit: his father is an Ivor Novello Award-winning saxophonist, and he grew up listening to electronic and classic sounds in parallel. “I think the older generation saw electronic sounds as an escape from reality, whereas electronic sounds were our reality,” he says. His final degree thesis centred around combining the sounds and methods of classical music and games consoles. Releasing records on a similar tip since graduating has seen him make a serious cultural impression as part of the PC Music collective, and make the step up to releasing on major label Columbia and work with hit popstars such as Carly Rae Jepsen and Charli XCX.

Customarily written for grand orchestras, classical can be complex and overwrought, and Harle appreciates the simplistic form of early gaming soundtracks – a symptom of pre-millennium technological capabilities – and the effect those confines have on the music. These constraints are also a big influence on Yamaneko’s music; his output for Local Action packs heaps of feeling into carefully-arranged instrumentals, where every sound is vital. “As a kid I distinctly remember being way more moved by the music in video games than whatever music I was hearing elsewhere. Everything else had too much going on for me, and I felt like most lyrics were just people shoving bait emotions in your face with little or no room for personal interpretation,” he says, noting he was far more taken with the music his first console, the PAL Sega Master System II, was able to produce despite its mere four-channel sound chip. “I was really into how much emotion could be drawn out of such limited resources,” he adds. “Everything serves a purpose to usually communicate ideas and atmospheres way bigger than itself, and I think that’s always been the sort of energy I’ve tried to harness.” 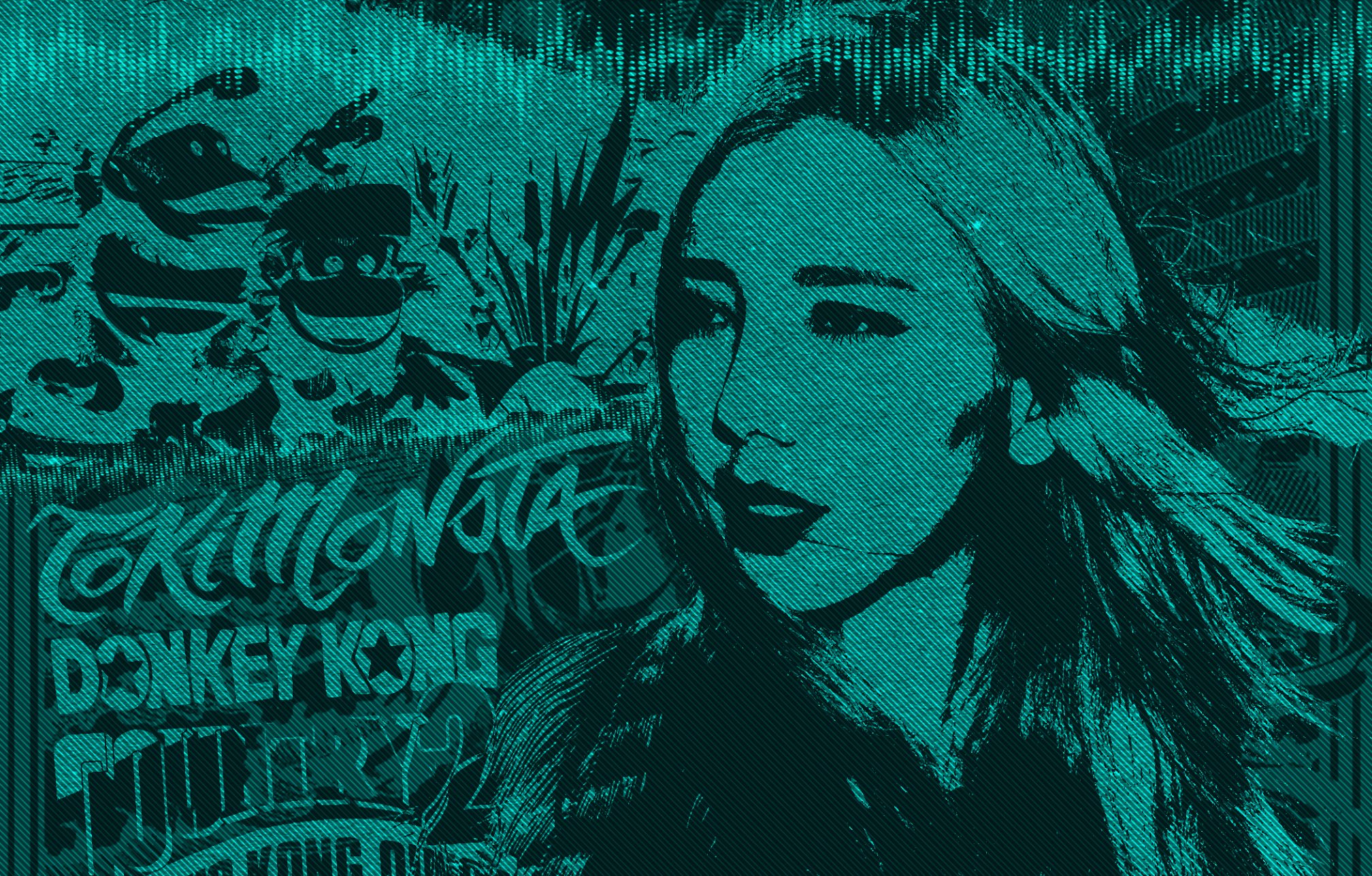 Despite there now being a young generation of artists who never experienced such technical limitations, their enjoyment of slightly older producers has seen early video game influence continue to proliferate through electronic music. The chiptune music Quarta330 releases on Hyperdub is one example. “Honestly I didn’t play games so much,” the Japanese artist says. He did however listen to electronic group Yellow Magic Orchestra a lot as a child, who “pioneered the use of video games in pop”, and now he makes chiptune using Gameboy and Commodore 64 consoles as synthesisers.

“What we're currently experiencing is a false nostalgia for the 90s, it's a properly identifiable aesthetic so it's going to be constantly regurgitated,” says Danny L Harle, noting how previous generations have always pastiched their forerunners. “Our generation had the luxury of growing up with sounds that were failing to imitate real life, like a MIDI flute, whereas the younger generation have never heard shit sounds. It sounds hilarious and old-skool to them, because they grew up with video games being able to actually play MP3s. We had this slightly more distorted reality presented to us. You’re now going to have people imitating 8-bit sounds, but it's not going to sound quite the same, it's going to sound more modern.” Matt Farthing compares this gestation of video game aesthetics through wider culture as similar to “the lo-fi house scene and the way that compressors and side-chaining is used now. It used to be something that was done out of necessity, but now has become part of the palate of the sound itself.”

Precocious producer Kai Whiston grew up playing games on more modern, powerful consoles, and channels a kaleidoscopic range of styles into his fractured beats, from the hip hop of Tony Hawk's Underground to the expansive sound design of DOOM. He also taps into the mood of gaming soundtracks, describing how he channels the short bursts of euphoric sound that accompany progress into his music, audible on his recent EP for Big Dada. “When I was making the ‘Fissure Price’ EP, I went back and played Katamari Damacy on the PS2 to get my mind off shit and the sounds in that game are incredible. I loved the satisfaction psychologically you got whenever you picked something up as well as the comically cheery music. I pulled from that as an influence as I wanted that batshit crazy fun to be in the EP, as well as the general fun and childish Japanese attitude,” he says, adding that “I’m a huge fan of shameless escapism and video games seem to be one of the most immersive ways of doing that. I’ve always tried to make something other-worldly because if I made something grounded in my reality, it would be boring as fuck.” 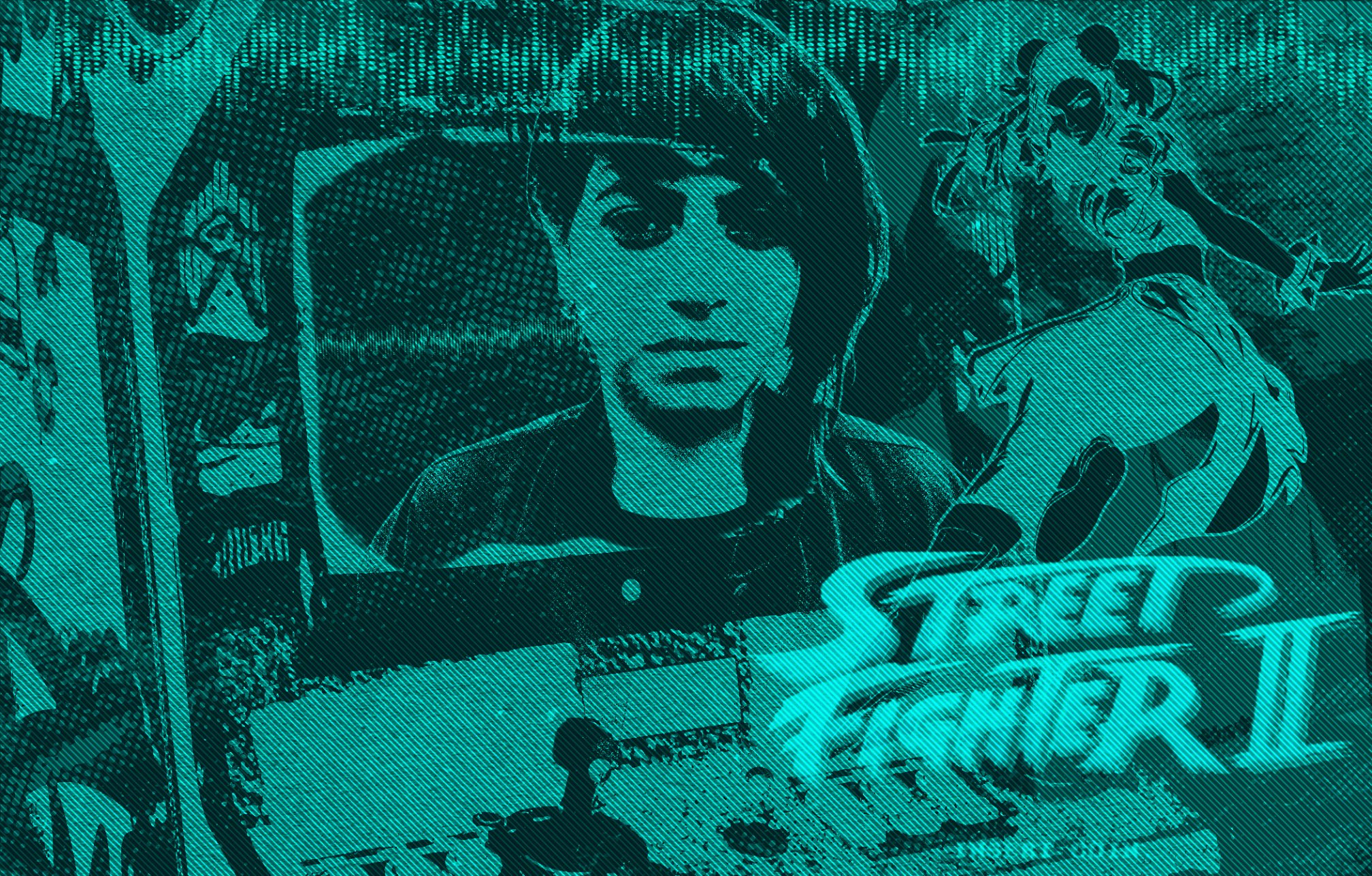 This thematic sense of narrative in games has shaped a lot of artists approach to making music. Hyperdub mainstay Ikonika, who has sampled game sounds such as Chun-Li dying on Street Fighter, also views her music as more than just an aural experience. “I’ve always channeled different worlds with every album. Whether it’s the 2D feeling of ‘Contact, Love, Want, Have’ to the ultra-HD loneliness of ‘Distractions’. I’ve always imagined landscapes. I don’t think it’s enough to just have the music. It’s like food to me, I need to use more senses,” she says, ascribing this approach as inspired by the way “games can take you to different worlds, different times. My life feels more like a game than a movie. Music is the biggest game I’m playing. Every album is a different game and every song is a different level.”

Dark0 notes how the sensibilities of gaming music resonated with him, so that certain musical repetitions or progressions from his gaming experiences are intrinsically locked into his mind. “I could hear this really positive, happy song in Popworld, and get triggered because it's in the same key as the moment a character was killed off in a game,” he says. “The storytelling can be so compelling that moments scar you with their melodies.” He sometimes works these impactful sounds into his productions. “I'll only sample a piece of game music that has resonated with me on such a personal level that it's helped me survive some very difficult times in my life growing up. Sometimes you can't really convey what you're trying to without letting the sample speak for itself, and I'll always approach it as tastefully as possible,” he says.

Algorave is a relatively new musical movement that’s allowing artists to take the concept of 3D storytelling via performance to the next level. At Algoraves, programs are used to simultaneously live code music and displays, creating audio-visual experiences. Miri Kat, who has a degree in Game Design from Durham University and now works for hardware company Novation Music, is strongly influenced by both music and gaming, and sees Algorave as the perfect style to marry these worlds. “From my experience sound is very much an afterthought in games, it just doesn’t get the same attention to detail that the visual does. In the music industry it’s the opposite as the sound is everything the visual is only added later. I strive to bridge this gap,” she says. “We experience sight and sound together and it needs to be thought of in that way, equal attention to both. My AV shows are about conveying an audio-visual immersive experience, I’m telling a story and I want the audience to fully feel it.”

Another point many of these artists considered was this solo similarity between bedroom producing and gaming: A solitary pursuit where you have to be very comfortable with a personal sense of victory. So any aspiring young producers with gaming habits facing grief from their peers or parents for ‘wasting their life away playing silly games’ - you could soon be leading electronic music innovation.