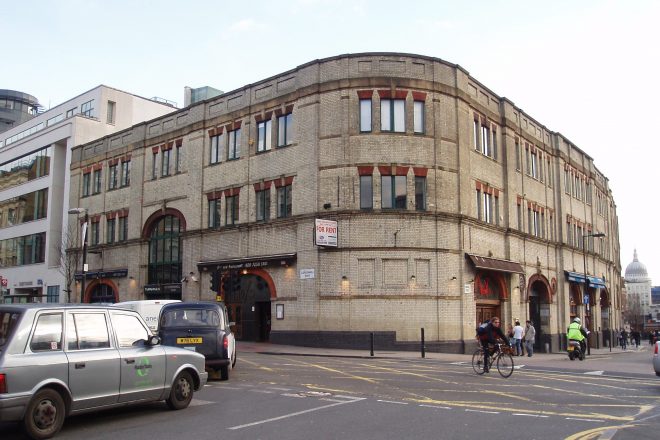 Islington’s Pride are installing a plaque to commemorate the legendary queer club night Trade. The sign will be fixed close to Turnmills, the venue-turned-office block that hosted the event from 1990 to 2002.

The plaque will pay tribute to London’s first gay after-hours club by providing a short history to onlookers. A QR code will enable locals and visitors alike to scan to find out more about Trade’s history and legacy online.

Turnmills was host to Trade due to its status as the first venue in the UK with a 24-hour music and dance license. Taking place from 3:AM to 1:PM on a Sunday, Trade paved the way for legal after-hours clubbing more generally. The parties were dubbed as “the original all-night bender.”

Living up to its name, the club night was a popular meeting spot for casual sex, alongside its avenues for dancing and drinking cocktails or hanging out in the ‘Chill Out’ room with coffee.

The music policy at Trade was ground-breaking at the time, with resident DJs such as Tony De Vit introducing hard house and techno to the after-hours scene.

As the tunes in the main room got heavier into the mid-90s, the Sharp Boys provided a tonic in room 2, specialising in funky and house-aligned material.

Until its last party in 2008, Trade was an important space for members of the LGBTQ+ community.

Islington’s Pride is a project run by Islington Council with backing from the Heritage Fund UK. The collective aim to collect and celebrate the borough’s LGTBQ+ history, through archiving, running events and fixing plaques.

Read this next: "In-your-face-party": Why Adonis is doing the queer underground proud

Other heritage plaques to be placed in the area include one celebrating Phil Cox, the host of Gaywaves on pirate station Our Radio, and one by the Hemingford Arms, the setting of Icebreakers Friday night disco for gay and lesbian clubbers in the 70s and 80s. 50 plaques are being made in total.

For those asking if we are installing a plaque to legendary club night Trade, the answer is YES! We are currently working to proudly fix it as close as possible to the previous location of Turnmills