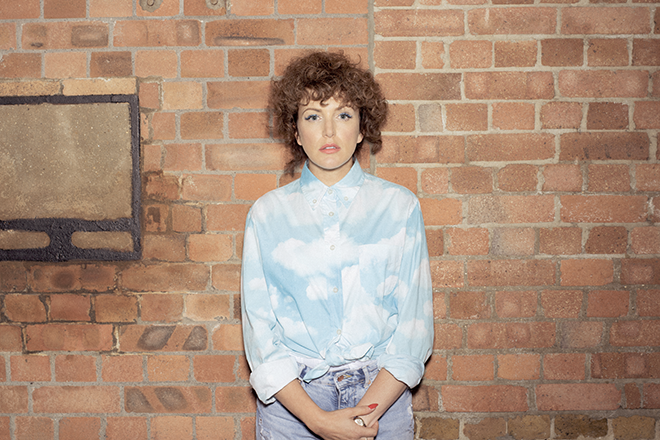 Music industry figures have been sharing their stories of Annie Mac today to mark her last day presenting at BBC Radio 1.

The veteran DJ and broadcaster announced she would be leaving Radio 1 in April, to focus on family and her literary career.

Read this next: Annie Mac set to leave Radio 1 after 17 years

Mac started at the BBC in 2002 as a broadcast assistant before her debut show, Annie Mac's Mashup first aired in 2004. Initially, on Thursday evenings, the show was moved to Friday evenings for eager pre-night out listeners.

She's since been hosting her Future Sounds show between 6:PM and 8:PM on weeknights and her Dance Party show on Friday evenings.

"What an incredible ride it’s been, you've been an amazing ambassador, curator, supporter, enthusiast of dance and electronic music and a massive role model."

Read this next: Annie Mac on women in music "We shouldn't be grateful, it should be a given"

Fellow DJ Fatboy Slim thanked Annie "For impeccable service to the rave, we’ll miss having you on our airwaves but we’ll follow your ventures wherever they lead us."

You can read more tributes below:

.@anniemacmanus, can’t believe the day has come that you're leaving @BBCR1!
What an incredible ride it’s been, you've been an amazing ambassador, curator, supporter, enthusiast of dance and electronic music and a massive role model... pic.twitter.com/A5QfAAODSp

It’s been an amazing honour to be by your side during this time as part of the R1 Dance family, we’re gonna miss you, there'll always be a place for you in my studio or behind my turntables any time you want to rock up!
Huge hugs, rock on girl, we look forward to what you do next pic.twitter.com/UlsqHLrURO

Thanks again @anniemacmanus for impeccable service to the rave, we’ll miss having you on our airwaves but we’ll follow your ventures wherever they lead us X pic.twitter.com/Kg85Iove8l

It was special to talk to @anniemacmanus and pick some tunes on one of her last shows ever on @BBCR1 this week. I salut you Annie! Thank you for playing my music and the lovely chats over the years. May you find relaxation soon :)

Whoa the end of an era! But I’m sure it’s a fresh start as well. Annie Mac, much respect. Thank you for all the wonderful times and support, wishing you all the best for whatever’s next! 🙌🏽🙏🏽

Future Sounds with Annie Mac has soundtracked so many big moments throughout my life and is one of the big reasons why I do what I do.

Never ever failed to perk me up and get me through the day. Legend in the game @anniemacmanus take a bow🤝 @BBCR1

Annie was the first DJ to play our songs on a national radio station, and as if that wasn’t enough she was then even kind enough to take the two of us green teenagers under her wing & on tour with her back in 2012, changing our lives forever in the process.....@anniemacmanus pic.twitter.com/m3z2Y1CIJ6

Gonna be emotional tuning in for the last @anniemacmanus show on @BBCR1 tonight. What a legend. Championed dnb since day one of her broadcasts and done so much for dance music, as well as leading the way for women in a male-dominated industry. Full salute!✌️

Yesterday, Annie shared a poignant commendation of the women she's worked with during her time at Radio 1 on Instagram, including veterans Maryanne Hobbs, Sara Cox, Jo Whiley, B Traits, Jaguar, Tiffany Calver, Jamz Supernova and more.

She wrote: "When I joined Radio 1, the gatekeepers of mainstream music and alternative music on the radio were mostly men. It was lads lads lads! Chris Moyles was at the helm, who generally seemed to use women (and anyone who wasn’t cis male) as props for jokes."


Read this next: Annie Mac: "There's not enough black people in every level of the music industry"

"We’ve come some ways, and I know it’s obvious to say but god it’s important to say, that there’s still a way to go. I love listening to women on the radio. All colours and creeds. Funny women. Nerdy women. Whip smart women."

"I would love to not be pleasantly surprised when there’s a new appointment of a solo female DJ in a high profile show. I would love to hear a mainstream radio show with two female co-presenters. Broadcasting needs to keep investing in women in all of our varied glory."

BBC Radio 1 is asking for requests ahead of tonight's final Dance Party after Annie Mac described attempting to programme the show as "overwhelming."

Instead, wanting to collaborate with listeners on the music for the show, Annie has asked for fans to submit tracks via Twitter that they associate with her and her last 17 years broadcasting.