Clubland has always been intertwined with gay life, with the nightclub often serving as a haven for freedom of sexual and gender expression that’s denied in everyday life for gay people. The image of a shirtless, leather-clad circuit party circa the early 2000s is the traditional image for this form of gay escapism, with DJs like Peter Rauhofer or Junior Vasquez setting the tone for the chiseled swaths of men on the dance floor with a very specific brand of pumping house.

In the past decade, however, gay clubs have begun to splinter off from a somewhat antiquated sound. Nowadays, the sound of America’s gay underground zeitgeist is leagues away from the tribal house that once characterized gay clubs and circuit parties at the turn of the millennium. Eschewing big beat drums for TB-303 basslines, techno grooves, and soulful vocals, the new queer movement is one that looks to the past while pushing its sonic boundaries further and further forward. 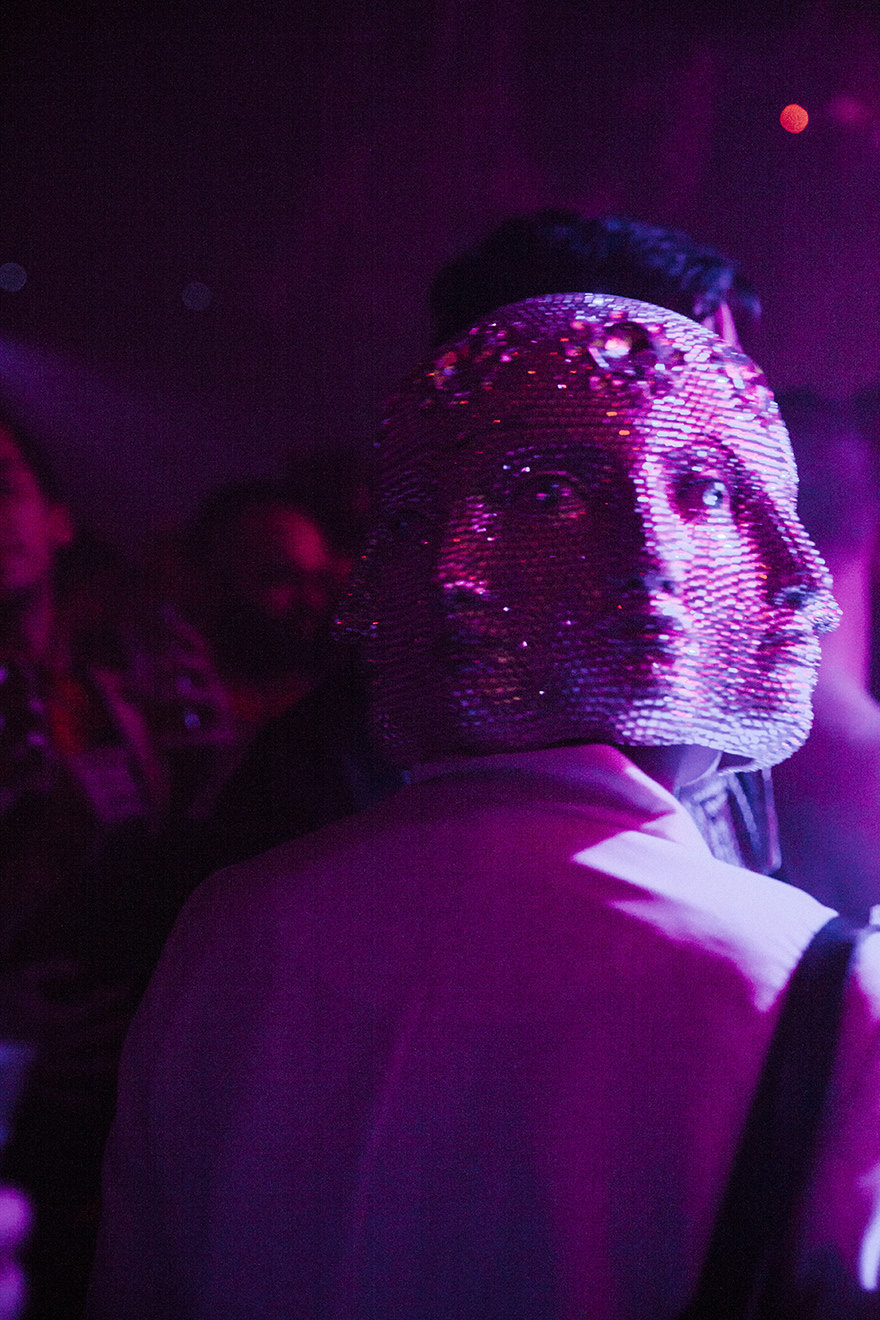 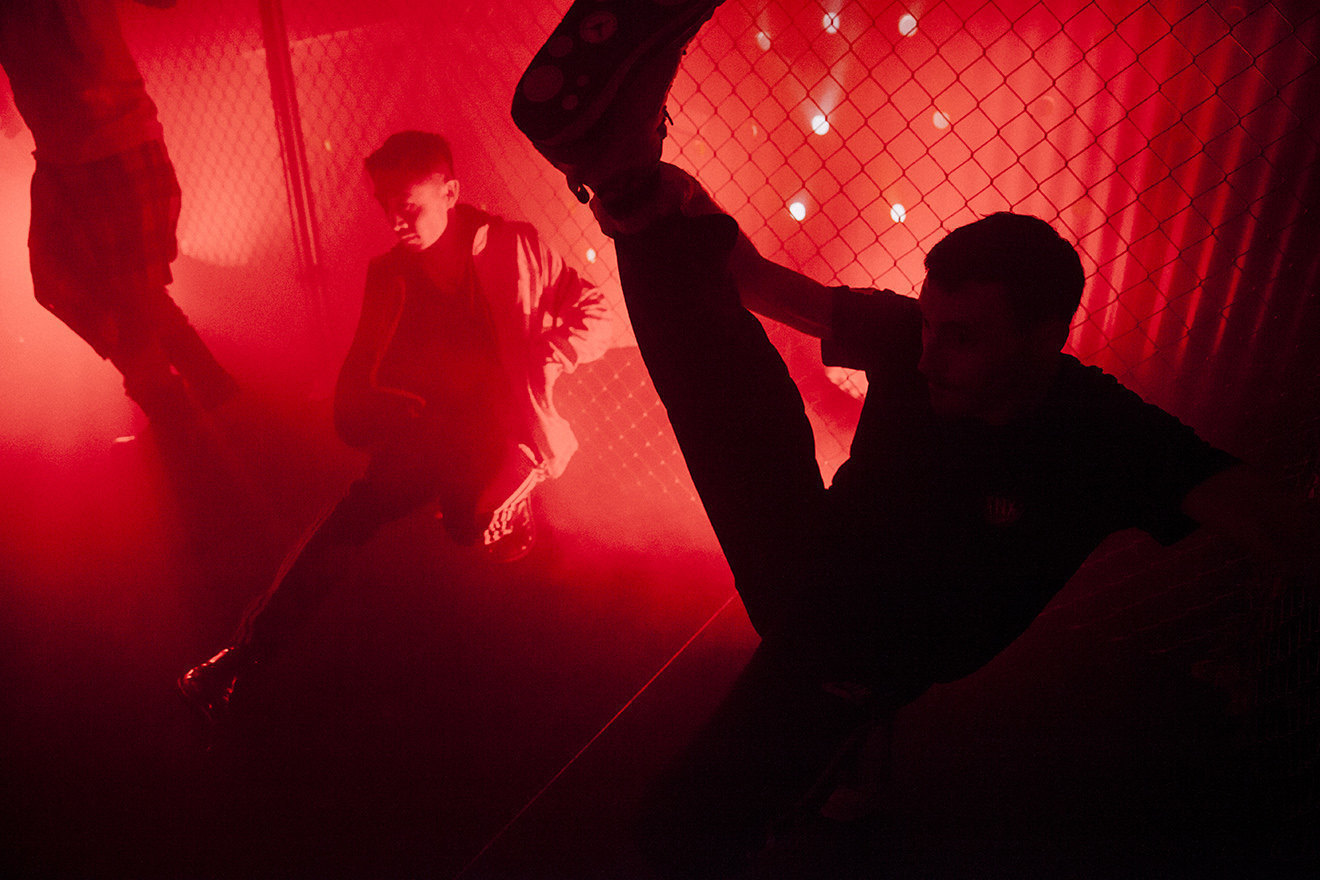 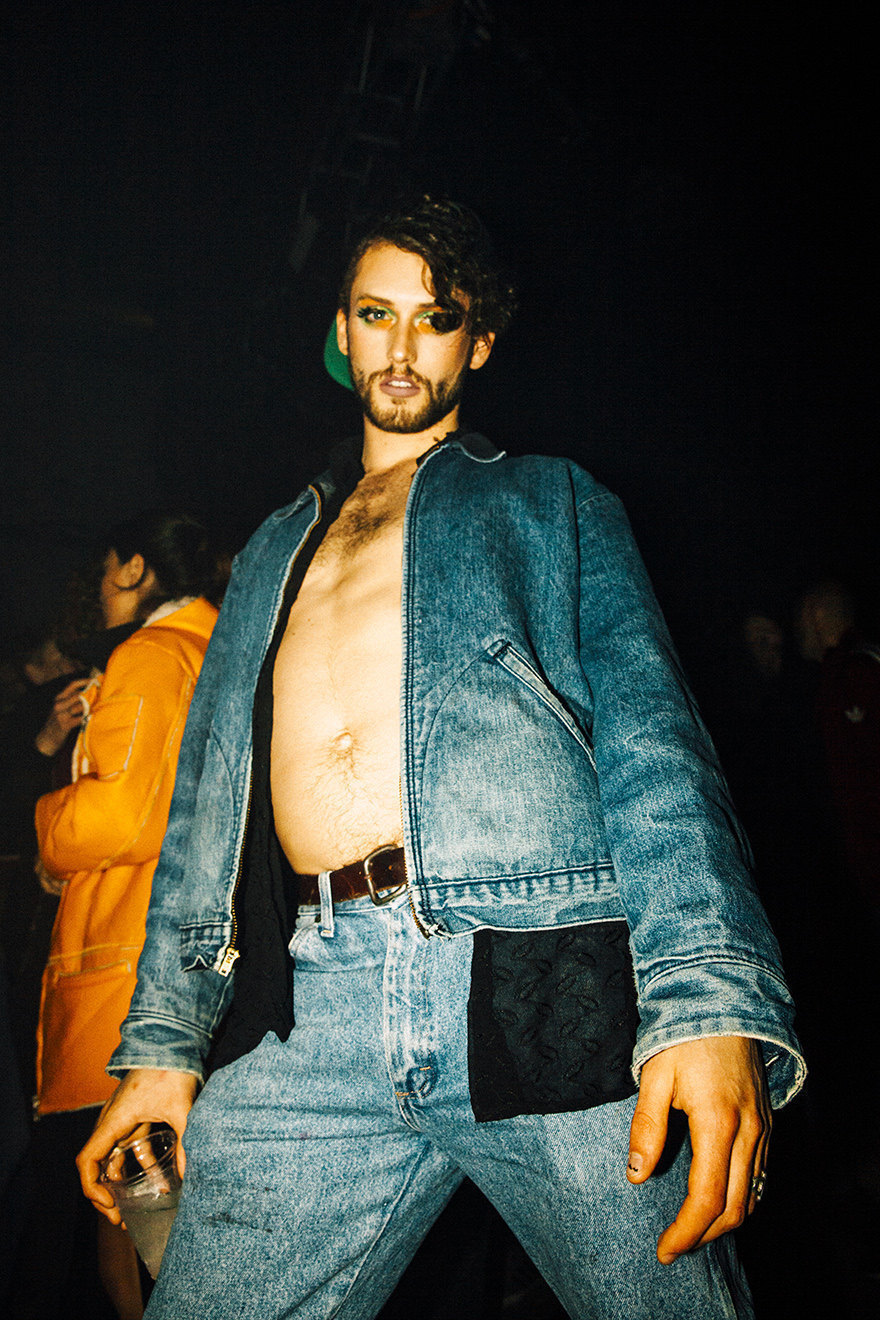 Unique to the scene itself is a lack of a geographic center, with gay party crews from all over the country proving to be integral to its overall identity – not just those from the usual major nightlife markets. It’s a modern day grassroots movement, combining word-of-mouth promotion with the historically gay concept of the chosen family, with each artist and event helping to prop up one another to better the community as a whole.

With LGBTQIA Pride Month in mind, there’s no better time to shine a light on the movers and shakers of the America-born gay clubbing underground. Here’s a sampling of six party crews that are truly shaping the scene in 2017. 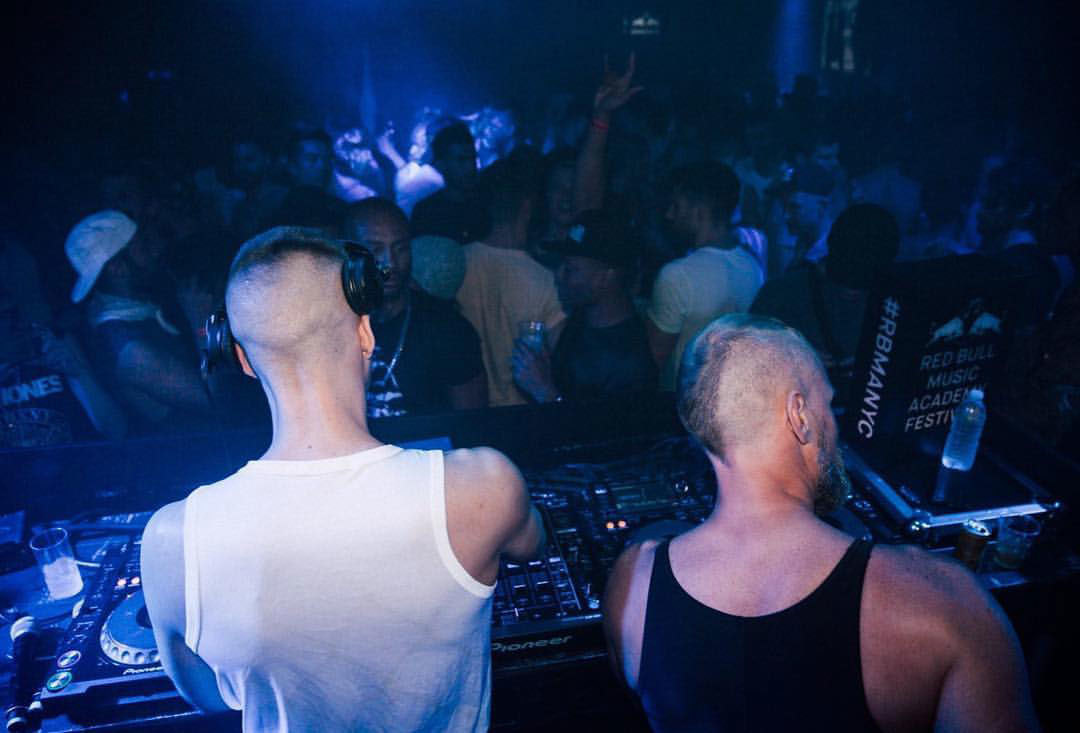 In the city where house music was born, Men’s Room is keeping the spirit of sexual freedom that has coursed through the genre since its beginnings alive and well. Jacob Meehan, Harry Cross and Aceboombap founded the Chicago dance party on the aim of providing a space free from inhibitions, away from the oppressive attitudes and abuse gay people are too commonly subject to in more public places. An inclination for openness is a requirement upon entry to bypass the sharp eyes of door-picker Ace – and so is removing at least half your clothing. Once inside it’s a free-for-all, with all gender identities and sexualities embraced into the welcoming arms of Men’s Room and encouraged to get loose. The music policy is similarly unchained, spanning jubilant house and disco to hardcore post-punk, via spiky techno and fizzing acid, with recent guests to join the three co-founding residents including DJ Harvey, Red Axes, Jason Kendig, Vicki Powell and Jay Boogie. 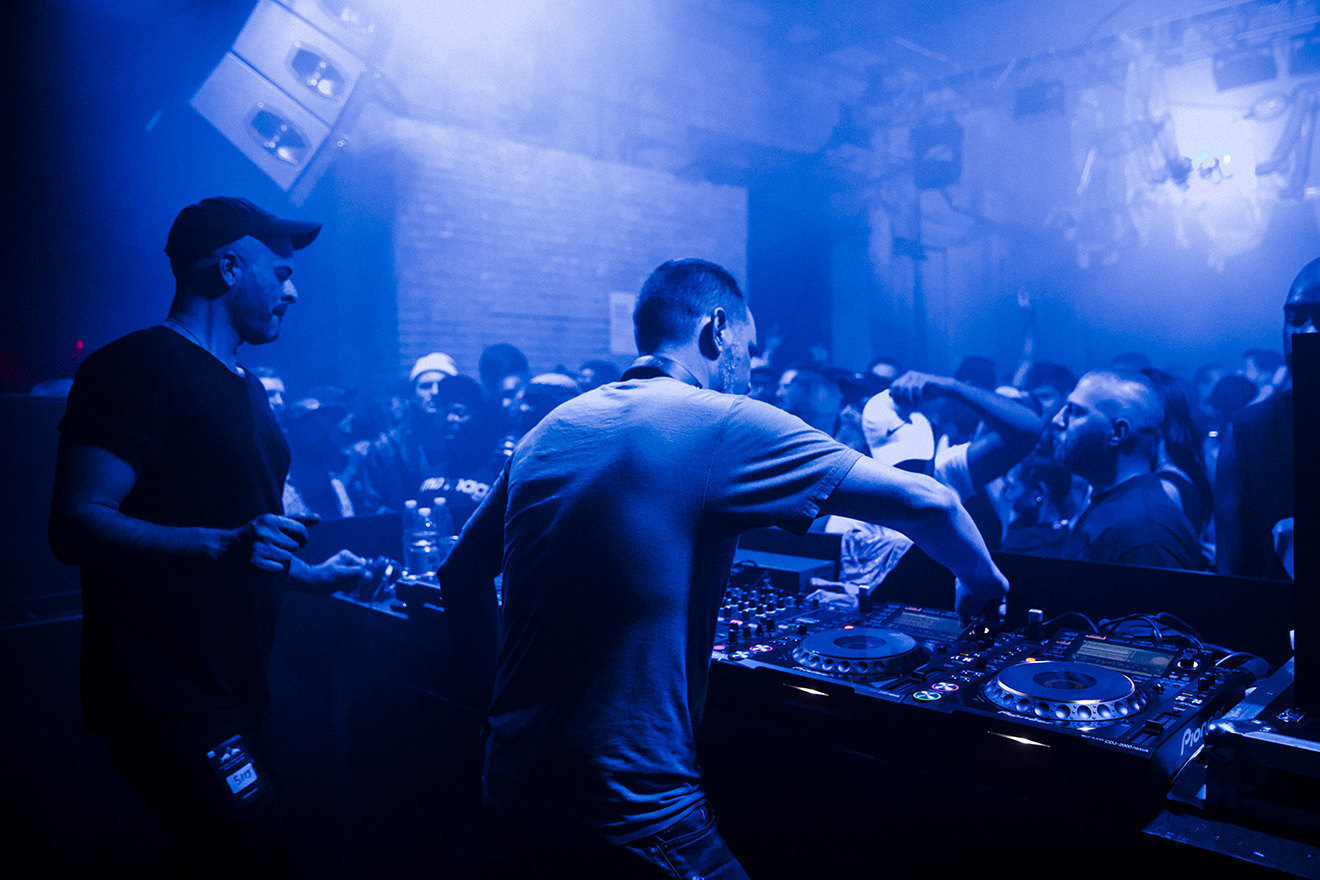 For Nita Aviance and Will Automagic, Paris never stopped burning. The boys are veterans of the ever ebbing and flowing New York nightlife scene, having begun working together after being introduced to one another by fellow DJ Michael Formika Jones in the early 2000s.

Taking its name from the U.S. Prohibition-era temperance movement leader who would attack alcohol-serving establishments with a hatchet (as well as the rock band from Beyond The Valley of The Dolls) , The Carry Nation has become nothing short of an NYC institution with the boys’ packed booking schedule and heavy flow of releases. With sets that balance present-day house and techno with disco and some spicy bitch-house scorchers, the pair has a bouncy sonic aesthetic that’s ready for any party.

In addition to throwing their eponymous party at Good Room, The Carry Nation serve as residents of Ladyfag’s Friday-night Battle Hymn event at Chelsea’s Flash Factory. However, no matter where you catch them, the right crowd is sure to follow. “There are young queers everywhere that are getting their life on the dance floor. This is a universal truth,” the pair quips.

Not to shy away from the studio either, these days the duo are pumping out their own music. Their latest offering earned a premiere slot on Mixmag. Listen here 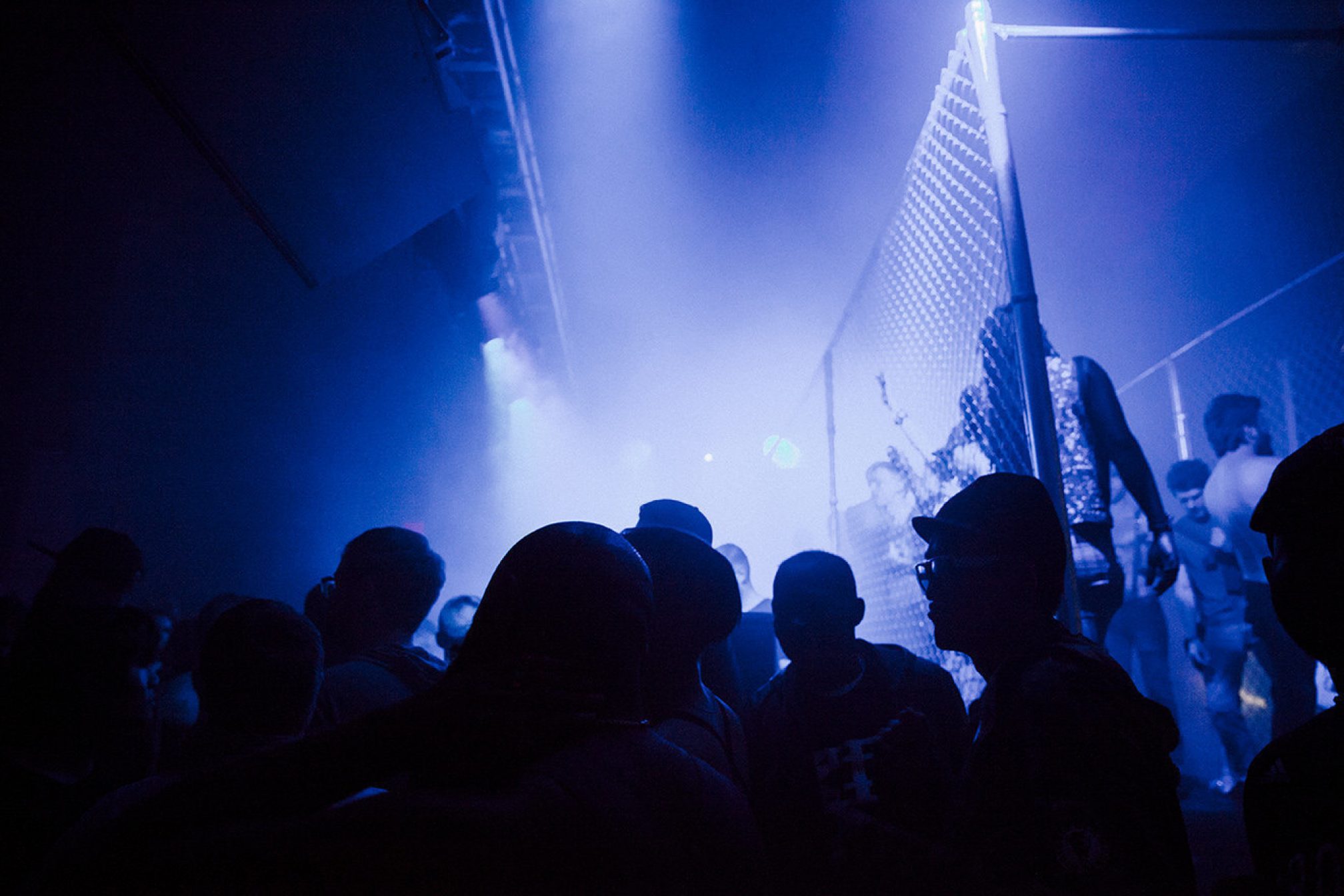 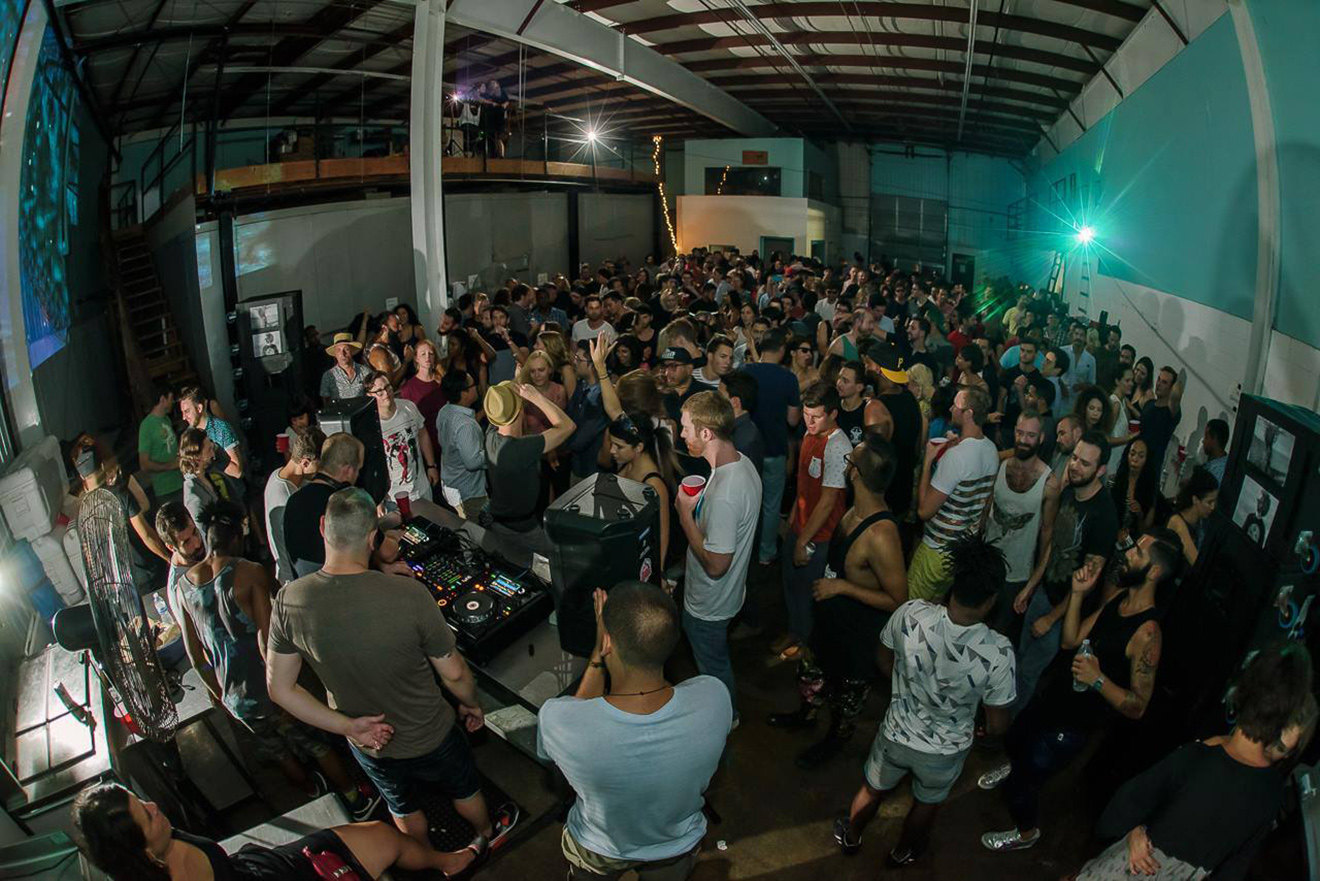 There’s a lot to be said of the adversarial relationship between the current resident of 1600 Pennsylvania Ave and the queer community at large, but there’s even more to be said of just how little of an effect his presence has had on the thriving underground gay scene of the nation’s capital. At the center of the DC’s gay clubland lies The NeedlExchange: the DJ cooperative that brings together Bil Todd, Baronhawk Williams, Tommy Cornelis and the newly-joined DJ Lisa Frank. Together, the crew has energized the queer scene with genre-defying sets and dancefloor liberation.

Posting up in the nation’s capital presents its own challenges, given the ever-changing faces and seas of transplants that line its neighborhoods. “We gotta hustle in different ways,” Todd explains, “DC is a transient city, with facets of the community always changing, so that can be both a burden and a blessing when building a solid foundation.” The end result is adventurous booking choices that have ranged from Atlanta’s Vicki Powell to London’s Horse Meat Disco. “There's so much talent in this country and abroad there's really no excuse for tired bookings,” Todd asserts. 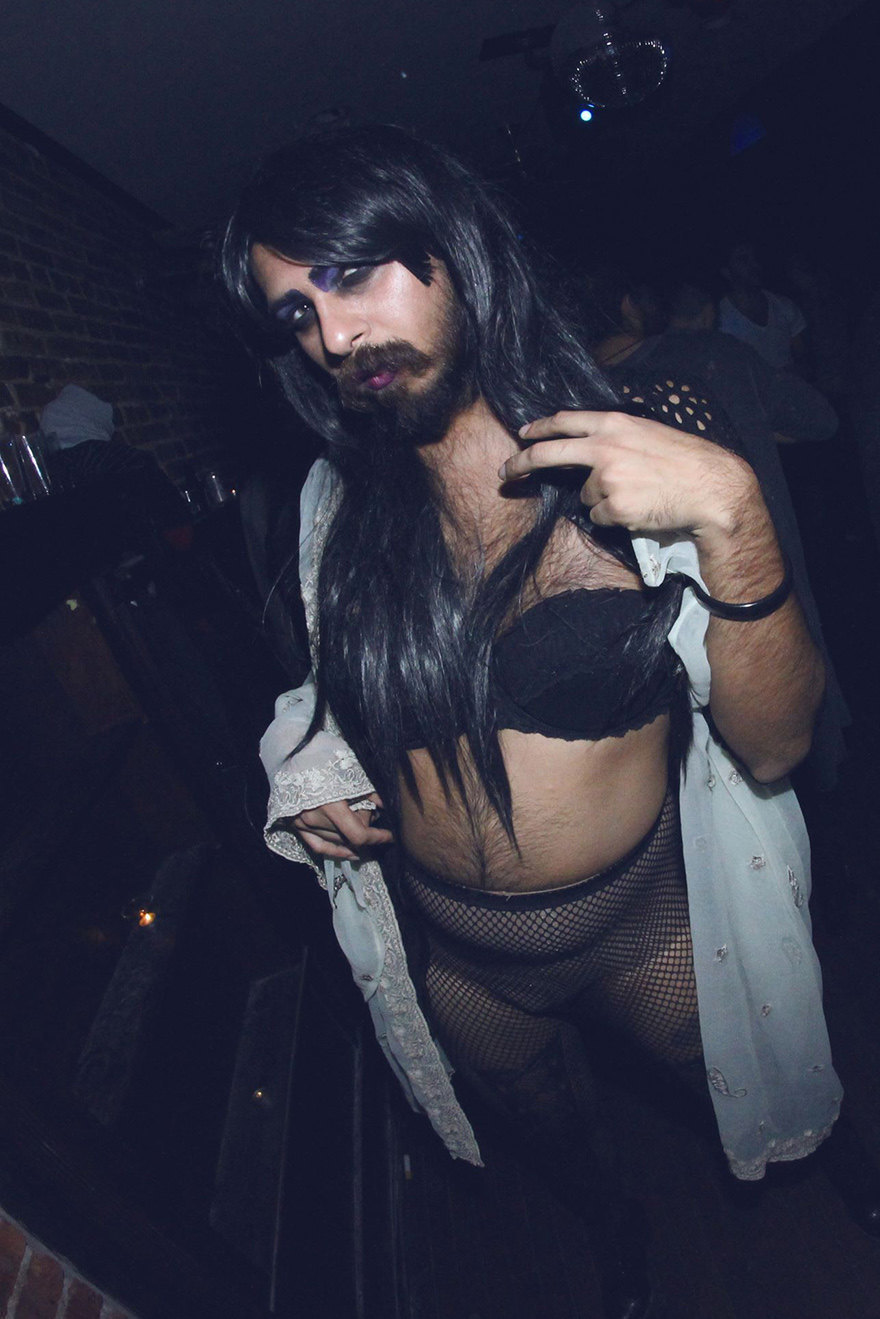 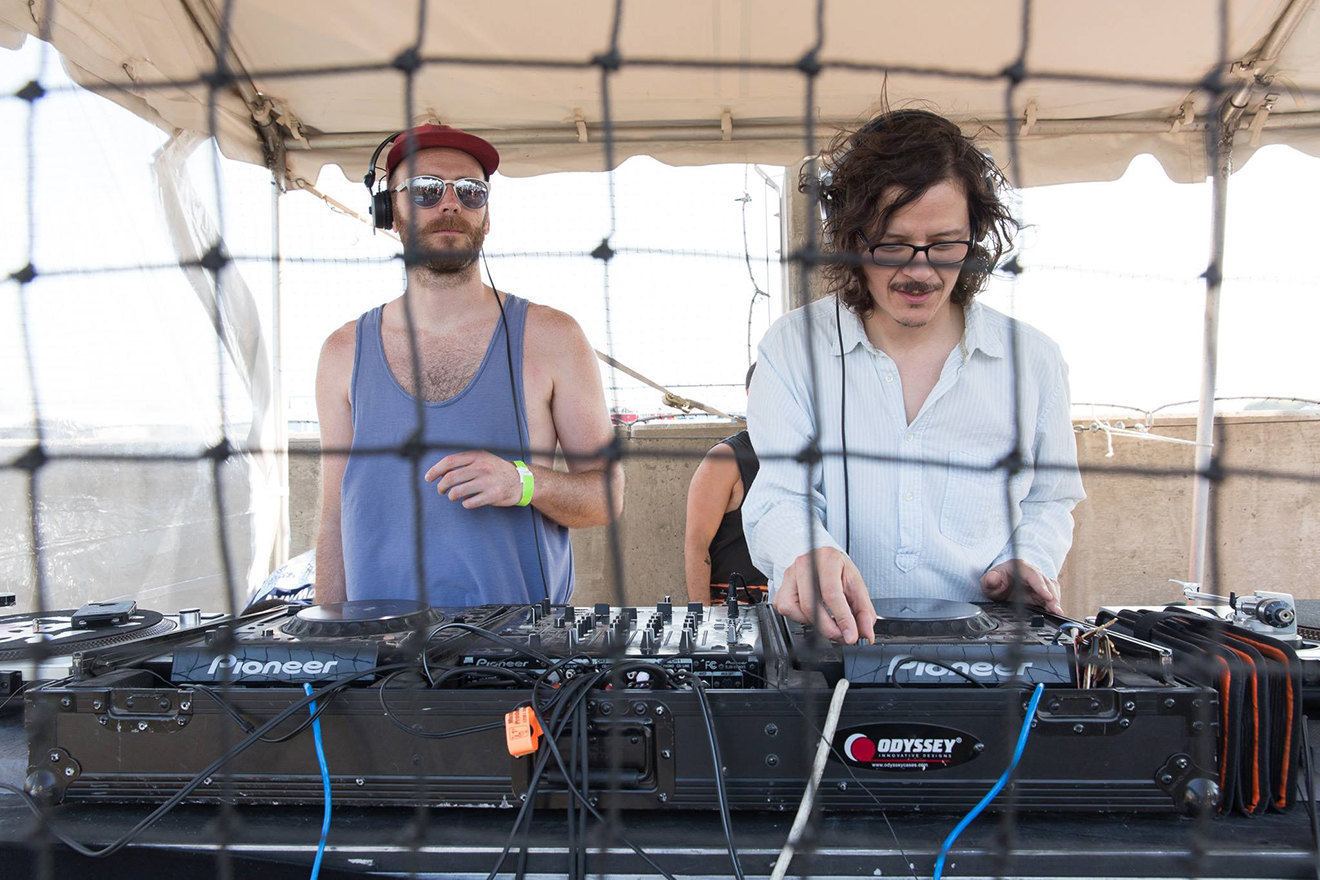 Celebrating the harder edge of gay techno is Wrecked: the union of New York’s Ron Like Hell and Ryan Smith. Evoking the spirit of 1980s Berlin techno together for the past six years, the twosome has become one of New York’s best-kept hidden gems with their impeccable bookings, killer throwdowns and insurmountable set programming.

Their current home is nestled deep in Brooklyn in the industrial haven of Gowanus, where the boys take to the decks of Analogy BKNY and its custom-crafted SBS Slammer sound system each month as part of their ongoing residency. The sparse, back-to-basics setup is a match made in heaven for the duo’s sets drenched in eroticism and psychedelica, and the seas of shirtless men that come out each and every time are proof positive of its success. 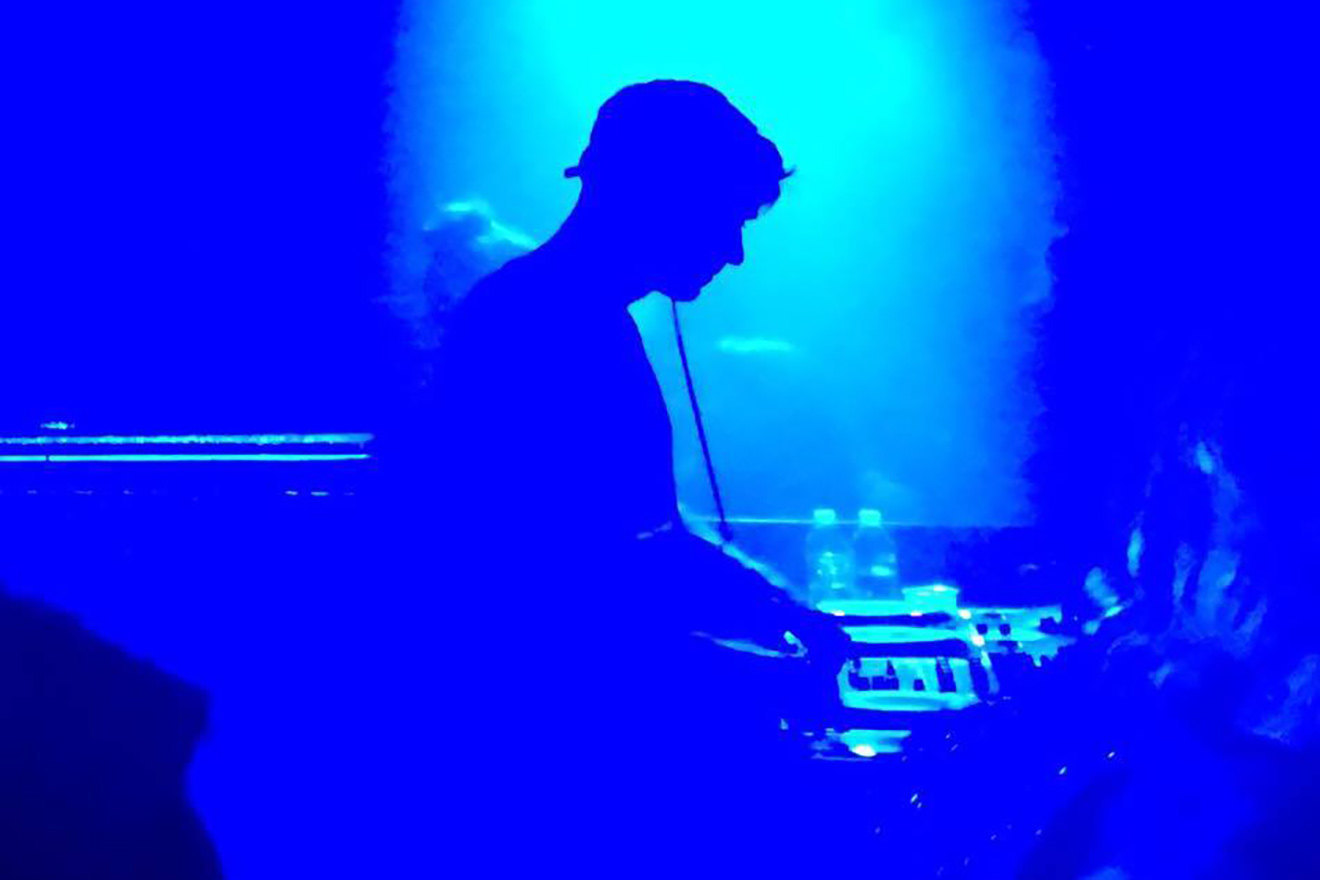 “I would go out to these nights and I would never meet any other queer people — or at least never go home with any of them,” Spotlight founder and resident DJ Chris Cruse recalls while explaining the origins of the party. “I wanted a night in L.A. where queer DJs were playing queer music for queer dancers, showcasing both veteran and up-and-coming talent.” In addition to tunes from Cruse, bookings have included scene heavyweights like Mike Servito, Prosumer, Jeffrey Sfire, and Job Jobse.

Spotlight is one of the few gay parties that’s still legitimately underground, avoiding all traditional social media and promotion channels as well as traditional venues in order to craft a truly special vibe. “In Los Angeles it's impossible to do what we do at a legitimate venue,” Cruse explains. Deftly toeing the line between sleazy and sophisticated, Spotlight is the rare, untainted nightlife experience that isn’t polluted with door politics and scene snobs. 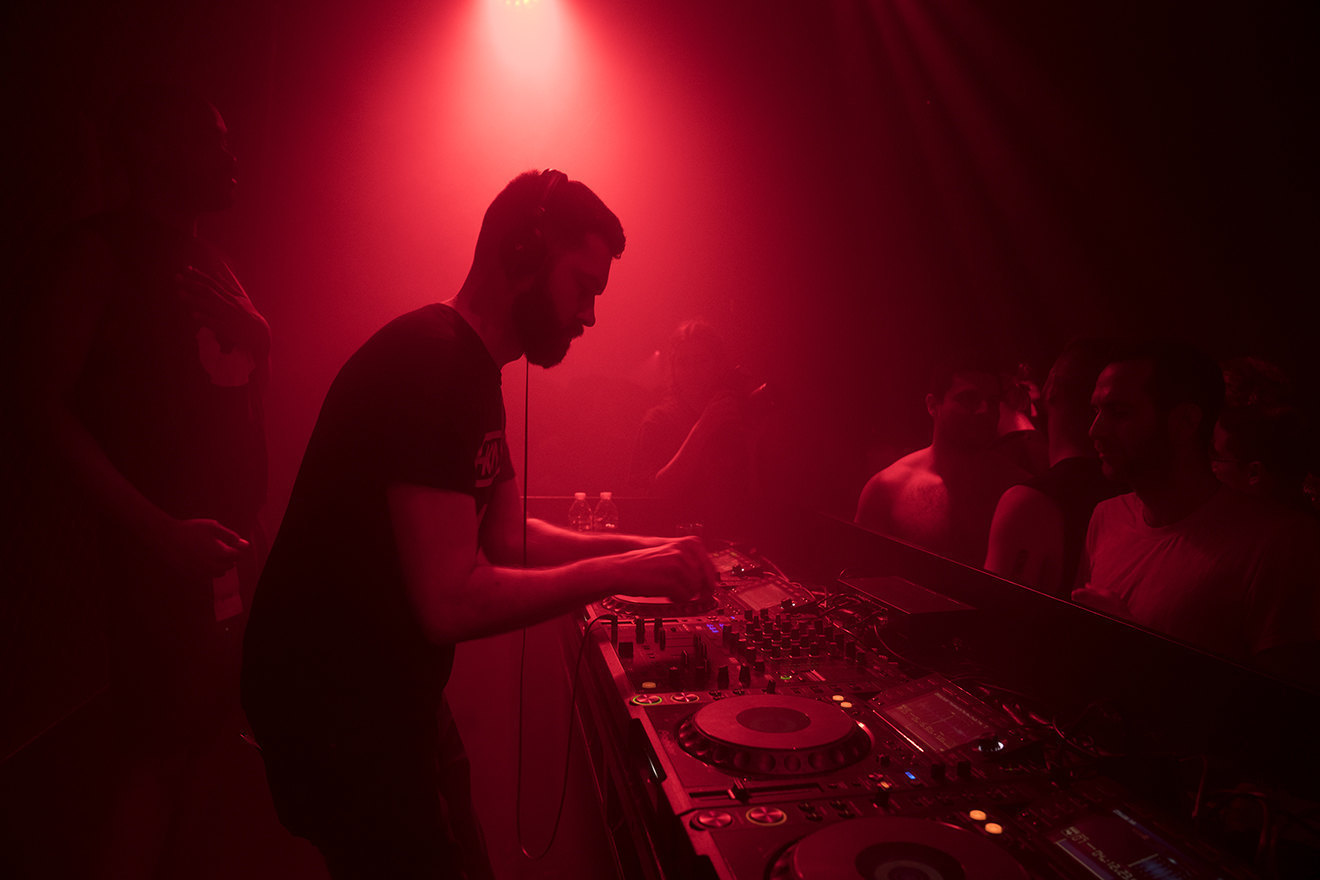 Based out of Pittsburgh, PA, the group comprised of Aaron Clark, Clark Price, and George d'Adhemar has been proving that there are top-notch queer ragers to be found outside of New York and Los Angeles for the past six years. Taking over bathhouse-cum-club Hot Mass one Saturday each month, their party is a music-first take on the rich history of gay saunas (and the sexual freedom that comes with them). Rolling techno, rich soundscapes and acid heaters are on the menu, so come prepared for a feast.

The trio will celebrate the sixth anniversary of their Pittsburgh Pride event that marked the beginning of the long-running party on June 10 with Honey Soundsystem member Jason Kendig, but the crew’s ventures outside of confines of the club are also of particular note. This August, the boys will throw the third edition of the Honcho Summer Campout: an outdoor, multi-day gathering of the country’s leading queer-centric techno talents and 500 of the scene’s steel-hearted revelers. Given the runaway success of its prior two installments, it’s no doubt it’ll be the event of summer for the queer underground.

Chris Caruso is a freelance writer based in Brooklyn. Follow him here