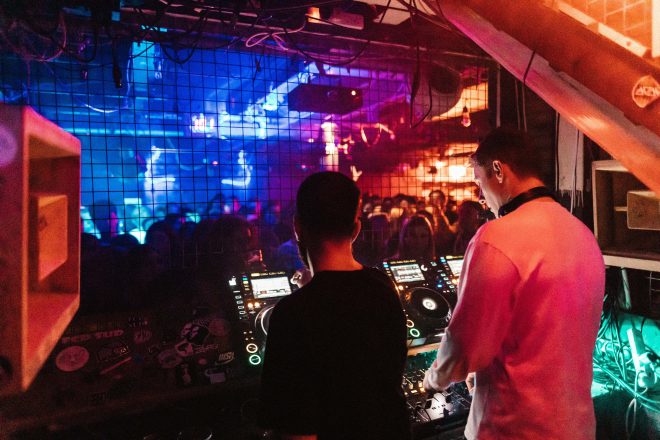 The Cause will shut its doors for the final time on New Years Day 2022.

The Ashley Road venue had previously confirmed that it would have to close its doors "sooner rather than later" following an increase in residential developments in the Tottenham Hale area.

For their large scale NYE event, they have kept the lineup a secret. But in a statement, the venue said to "expect some mega surprise guests" as well as Cause regulars.

In the lead up to its closure, the venue is set to host an array of events with large lineups. In September, the club announced line-ups for its 'The Beginning of The End' series. While nothing was set in stone in September, the club has been fearing its closure for the past months and have tried to pack in as many star-studded line-ups as possible.

On Instagram, the team behind The Cause wrote: "As much as it pains us to say, our days at Ashley Road are finally coming to an end... We will officially close our doors after our New Year's celebrations."

They reiterated that despite knowing that The Cause was a temporary project, it doesn't make them "any less" upset.

They tell attendees: "This project has grown into far more than we could have ever anticipated and we can't thank you all enough for the love and support we've felt since we got the keys in January 2018."

In its time, the club has raised over £150,000 for charity, had over 220,000 revellers through the door and now command over 60 acts performing on one night.

Bicep, Four Tet, Jamie xx, Daniel Avery, HAAi, SHERELLE, Saoirse, and many others have all volunteered their time and fees to help raise money for the venue throughout the years.

Read this next: Review: "A religious experience": The return of clubbing in London

Speaking on the closure, Stuart Glen, co-founder of The Cause has said: “Not in our wildest dreams did we ever believe The Cause would have achieved so much in our time at Ashley Road.

"The community that surrounds our club is like nothing else in the country, we’ve developed several grassroots artists and promoters, raised a huge amount for charity and created what many people constantly tell me is the best club in London.

"There really is nowhere like it right now and as sad as I am to see it go, I’m much more thankful that we actually made it happen. Big love to everyone that played their part in this.”

Adding to this Eugene Wild, co-founder of The Cause says: "The space has grown over the last 3 and half years to the beast it is now. We never stopped moving forward, always trying to improve the experience of our parties and the offer for our punters.

"Somehow, we’ve managed to go from a 400 capacity intimate club to what is basically a mini-festival site without ever losing the intimacy and home grown vibe, selling out numerous day and night parties that will be remembered forever."

Deborah King, Head of Business Development for Mind in Haringey states: “The Cause have been instrumental to our operations over the last few years raising over £50K of vital funding allowing us to maintain and ensure our building, projects and services are sustainable and enabling us to offer vital support to those in the Borough that need mental health and wellbeing support.”

To buy tickets for The Cause's NYE party, visit the link here.