Clubbing in London on New Year’s Eve can be a right bastard; it’s lumbered with weighty expectations that are heaped on by headline-heavy line-ups at heaving clubs, which leave you wondering whether or not you'd be having more fun, and less gurn-induced chats, at home. It’s also really expensive.

When Tottenham club The Cause announced its New Year’s Eve plans, however, something felt a bit different. Initially opened as a temporary venture in April 2018, The Cause has managed to avoid the pitfalls of becoming just another London club, driven largely by its discernable lack of corporate sponsorship, its founders’ roots in the UK’s underground rave scene and its prominent fundraising efforts for local and national mental health charities.

Read this next: A guide to the best new clubs and venues in Tottenham

Its story since has been fairly bumpy; the team declared last August that they would be leaving the site after its lease ran out in the New Year, making this party its final one there. Three months later, they teased a new 750-cap warehouse space for the event, which would now morph into a two-venue affair connected by a shuttle service, an ode to the club’s recent history and its potential future.

However, a matter of days after the new venue was announced, Haringey Council granted a lease extension to its original site beyond January 2020, as well as a new premises licence, the New Year’s Eve party now charged with a rare dash of good luck for London clubland going forward. 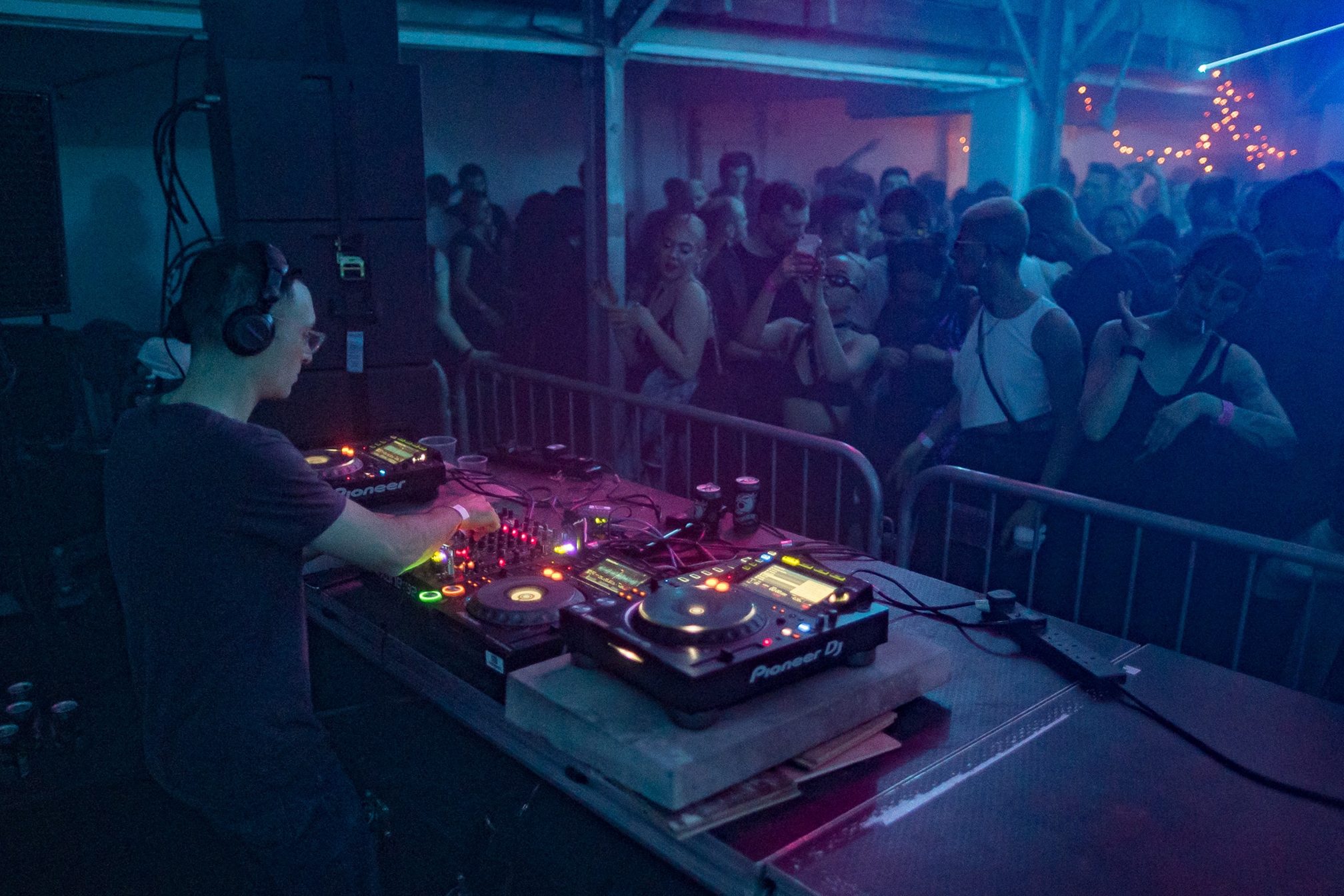 Instead of coming out all guns blazing for New Year’s Eve, however, the party played it coy. Prior to the event, the only information provided about the line-up was that three promoters - Freerotation, Adonis and the London Loft Party - would be hosting takeovers, “a very special surprise guest" would play (in an unannounced room) at 8.30pm and a blurred-out DJ would also be dropping by; a wry request to ‘Trust us’ on the party’s Resident Advisor page was made in place of the customary line-up reveal.

The posters dotted around the club upon arrival alphabetically list artists playing across all six rooms rather than beside designated set times, balancing headline-tier names – Batu, Dan Shake, Erol Alkan – alongside Cause associates, such as Kyle Monologue (aka club co-founder, Eugene Wild) and Fiscal Cliff (who hosts the Vera Causa show on Cause-based station Threads Radio), who both ring in the New Year inside the Main Room’s caged booth in boisterous fashion.

Read this next: Timedance, a new UK techno sound

Rather than a needlessly frustrating ploy, the lack of clear scheduling actually lightens the proceedings up a little, encouraging everybody to move about and explore the two sites and settle on music they like, rather than names they know. Thankfully, all of the areas in the main site – the Main Room and its prominent, central booth, the laser-splayed Garage, the Barber’s Shop and the Rum Bar – are open, transforming the DIY club into a sprawling and loveably ragged maze, soaked with colour and character.

New Zealand duo Manuel Darquart lay down selections in the Barber’s Shop that swing from sweet to smoky, from holiday-hue disco, such as Delfonic’s ‘Gucci Shoes’, to the jittery jack of Paul Johnson's 'A Little Suntin Suntin', while Toi.Toi.Musik co-founder Voigtmann ekes out a set of bubbling belters, most notably the ‘Emergency Mix’ of Fantastic Man’s ‘Sun Express’, at the Garage. 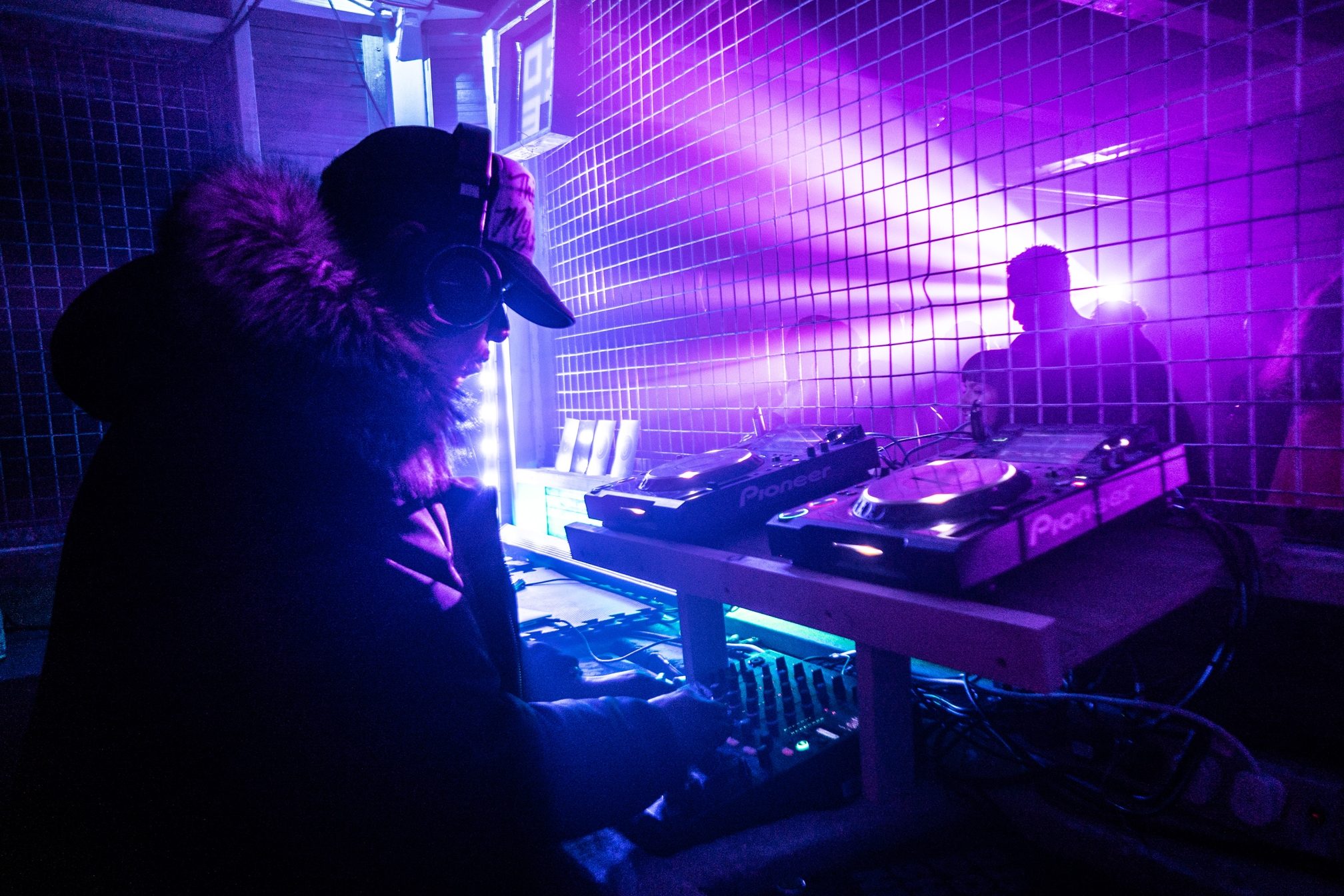 While the shuttle service initially conjures up images of a slightly chillier, North London-centred Vengabus, the end results are a tad less euphoric, with punters regularly waiting between thirty to forty minutes for the bus from the warehouse due to the main site being at max capacity, cueing a stream of baffled Uber drivers faffing around by the entrance. However, even the slightly peculiar premise of this service feeds into the fun of the party.

Read this next: Peverelist In Session

As Bugged Out! resident Lemmy Ashton and Rinse FM’s Grainger step up at 5am to close out the Main Room with tracks like Radio Slave’s choppy remix of Laurent Garnier and Chambray’s ‘Feelin’ Good’ and Scuba’s ‘NE1BUTU’, it hits home how in sync, and genuinely pleased to be here, everyone is. When it comes to dance music and the wider community, the club cares about things that matter, and doesn’t sweat the stuff that doesn’t, its extended lease and license a warmly-welcomed sign in less than certain times. There are certainly more bastard ways to ring in the new decade than here.