Fabric’s birthday, 2009. Ricardo Villalobos is presiding over a heaving mass of bodies. Amongst it is Saoirse on a whirlwind trip from Dublin. There she’s a big fish in a small pond, presiding over a monthly radio show on RTÉ, the equivalent of Radio 1, hosting guests like Paul Woolford. She’s a household name, having served an apprenticeship stretching from playing the spoons in pub bands to hassling record shop Abbey Discs until teenage enthusiasm won her a job. As the clock hits 9am, six and half hours after clubs close back home, and it’s clear nobody is leaving, a thought enters her head: “What the fuck am I doing in Dublin?” She heads home, packs her bags and moves to London, aged 23. Suddenly she’s a small fish in a very big pond, and nobody knows her name – let alone how to pronounce it.

A decade later, Saoirse (“Phonetically I usually say ‘Seer-shah’”, she explains) is back on the radio with a Rinse FM show, celebrated for a style and a connected knowledge of dance music that’s hard to pin down, shifting between house, techno, electro, garage, breakbeat, jungle and their various intersects. This summer brings a flood of festival appearances, including Sónar, Love international and Dimensions. She’s been juggling touring with a full-time job at website Resident Advisor, heading up their ticketing department, but finally went down to two days a week this April. This all neatly coincides with the release of her first music, another trajectory years in the making but arriving, as she hits her stride, with perfect timing.

We meet in an East London café a few days after she’s performed back-to-back-to-back-to-back with Peach, Shanti Celeste and Moxie for the latter’s On Loop party. She’s dressed in a wide-collared black shirt dress with bold pockets of colour, layered with black cardigan and jacket and a pork pie hat. She speaks with a distinctive Irish accent that rings out best as she pronounces her age (33) – something those around her apparently take great pleasure in. 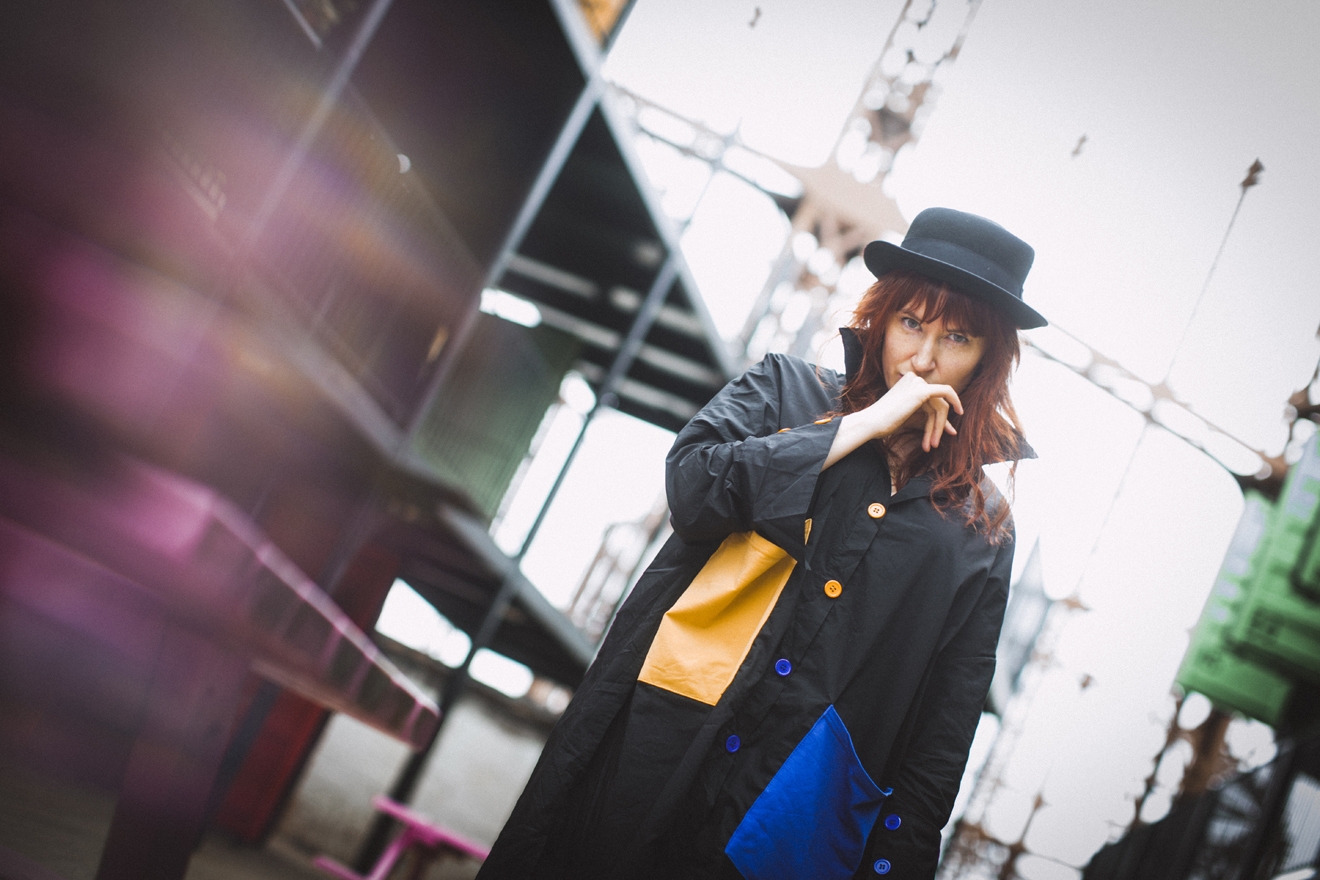 An only child, her mother was just 18 when she began raising her in a flat in central Dublin. Music was always around. “She played guitar and sang,” says Saoirse of her mother. Her mother’s boyfriend was a professional drummer, so he taught Saoirse how to play. Joining Sunday sessions as a kid, collecting money in jars, started what many never master: the hustle of turning music into a money-making career. With Dublin’s 2.30am closing time, the only carry-on option was illegal parties. Her mum organised these, as well as more family-friendly weekend events on beaches and in forests. “Something about kick drums always got me,” remembers Saoirse. “From age six or seven I really loved electronic music and would listen to it on tape over and over.”

The hustle grew. “I learned how to drive at those parties,” she chuckles, explaining that the car parks were often far from the party site. ”I’d take my mum’s van, charge everyone a fiver, then drive them down to the beach. I’d come out with £70 a night when I was 14.”

Her introduction to DJing at the same age came from Dublin’s lack of places to go. “Sometimes you’d go to someone’s house and they might have decks,” she tells us. “I used to watch them play for hours, thinking ‘I need that’.” Her mother encouraged her to pursue her ambitions, and another spot of resourcefulness, swapping some hash for two turntables and mixer, set her up. She spent the first six months trying and failing to mix her only two records, a Nelly track and Paul Glazby’s hard house thumper ‘Kick It’.

There are still 2,000 hard house and trance records in her nan’s loft ("It’s funny hearing Nina Kraviz play records I rinsed when I was sixteen and that cost fifty quid now!”), collected while working in Dublin’s Abbey Discs from 2003 to 2006, a period which introduced her to progressive and then electro-house. Aged 18, she discovered Ibiza, doing three full seasons in a row: “I was in shock that there was an actual island that existed only for people who like electronic music!” 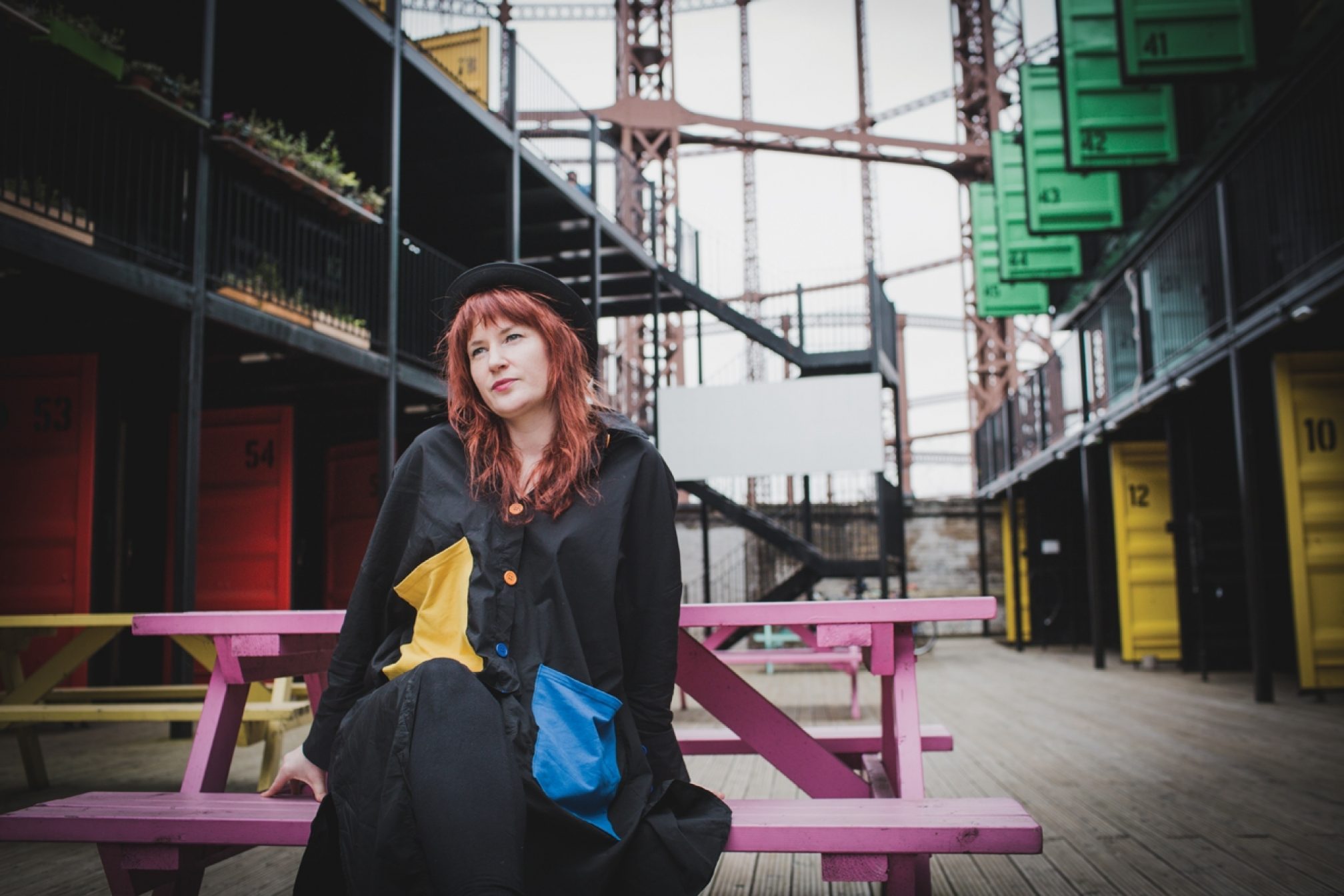 RTÉ was an extension of her passion, following a childhood obsession with radio that led to pirate slots and a brief time studying radio production and sound engineering.

London was a hard reset. Working in recruitment while sending out mixes failed to get any response, while attempts to keep her RTÉ show going from a distance fizzled out. Fortunately one of her managers was also a promoter (he now runs Studio 338), and he gave Saoirse her first few gigs. Then, during another fabric night, a friend who worked for RA’s festival partnerships suggested she apply for her current job. She took a ten grand pay cut, but was one step closer to her dreams.

Working in the industry, she admits, is beneficial, but there was always an awareness of not abusing this. “RA have always been very conscious, and me too, about not giving me a leg up.” It wasn’t until 2017, when her DJ career was undoubtedly blowing up, that they offered her a mix. She even rejected it the first time, not feeling ready.

Festivals are her “natural habitat”, in part because her mother has run Glastonbury’s Underground Piano Bar for the past 20 years, meaning Saoirse has been going there since she was 13. As a DJ, they present a unique opportunity. “You have to really think about what people want to hear when you’re playing,” she says, citing her sunrise sets at Bulgaria’s Meadows In The Mountains, where her criteria is “What’s going to make you have goose-bumps at that time in the morning”.

A highlight of this summer is a sunrise back-to-back set with Shanti Celeste at Love International, somewhere they’ve partied together plenty before. A fan of Shanti’s, they became friends three years ago after meeting at Bloc and have already started putting tracks aside for the Croatian festival. Such is their closeness that they sometimes even buy expensive Discogs records together. “It’s like child custody! Who has it this weekend?” she laughs.

“Saoirse is a sick DJ technically, but also she just brings the vibes,” says Shanti; “always energetic, staying true to what she loves and playing across the board. It’s exciting! She has an infectious sense of humour, so it’s never a dull moment.”

A recent Printworks talk alongside Artwork on ‘The Craft’ (of DJing – not, as Saoirse jokes, the 1996 teen witch movie), organised by Irish festival AVA, gave pause to reflect on where she is today. “We didn’t really talk about DJing, we talked about travelling and mental health,” she says. Her own upbringing, she reckons, has given her a different perspective to many seduced by industry excess. “There was debauchery and craziness from a young age. When you’re given responsibility, and not told ‘You can’t do this’, I think you become more in control of it,” she says. Often she just has fizzy water on her rider, alcohol and lack of sleep a recipe for anxiety – even for someone as grounded as she is.

She’s also, she says, taking a step back from Twitter, another vital part of every modern DJs weaponry. With her feed an extension of her passionate views, from how TFL can ‘get fucked’ for telling people not to support beggars to her ‘top ten Garys for 2018’, many have seen her as RA’s de facto mouthpiece, but she’s keen to point out that she’s not; she’s just one of a company of over 100, and not even part of the editorial team. “You have to be so careful what you say. The culture we live in, you can have a really hard fall just from being misconstrued,” she says. Having recently tweeted that she has nightmares of ‘being cancelled’, her plans is to start engaging more IRL instead.

And on top of a packed summer schedule and retreat from social media, she’s also focusing on her debut vinyl release this summer. Produced alongside Alex Anderson under the name Two Pisceans, the record is being put out by Midland, a preview of the test press, teased via Instagram, revealing skippy tech-house topped with swirling and ethereal melodies. “I’ve never had a focus on being a producer,” she explains, despite having been in the studio for seven years. Instead, it’s “an outlet to channel emotions”. With every weekend booked until September, after 10 years of hard grind Saoirse is becoming a household name again. You’d better get used to saying it.

Essential: Saoirse live from fabric
Watch: Artwork + Saoirse chat about the craft of being a DJ
Watch: Saoirse in The Lab LDN