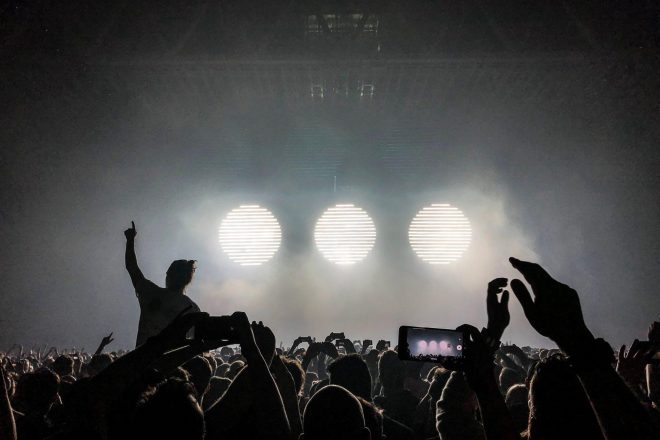 A cryptic Instagram post from Coachella last night hinted at Swedish House Mafia’s return to Coachella festival for the first time in 10 years.

The trio’s last appearance at the Californian festival was in 2012, the last time that the group made music together before their comeback return this year.

Posting a picture of the group on Instagram yesterday, captioned with the trio’s signature three black dots, Coachella seemingly confirmed their third headliners which have been in speculation for months.

Each member of the group replied to the post one by one, with excited fans also replying to the post: “OH MY GAWD. I just said yesterday I would die if they were there in 2022”.

Travis Scott and Rage Against the machine have already been slated to play Coachella’s main stage - The Coachella Stage - in previous months. The festival will run across two weekends in 2022, from April 15 - 17, and April 22 - 24.

Swedish House Mafia made an enormous comeback this year after they first hinted at new music in July. Mysterious posters popped up worldwide sporting their logo during the summer, pointing to their return.

In the same month, the EDM supergroup dropped their first new music in eight years, ‘It Gets Better’. The track was the first of an accolade of new releases, confirming their new album, ‘Paradise Again’, just weeks later.

“I moved back to Sweden and we started these discussions again, and it just felt like we had never left. Which is weird, right?” said Angello on the trio’s return. "We’ve spent so many years apart but it was like we were on stage last week together.”

Swedish House Mafia will also be joined by Doja Cat and Megan Thee Stallion at next year’s event, with the remaining line-up yet to follow. Coachella recently scrapped its initial plans for vaccine passports, which meant only those who are double jabbed would be allowed entry.