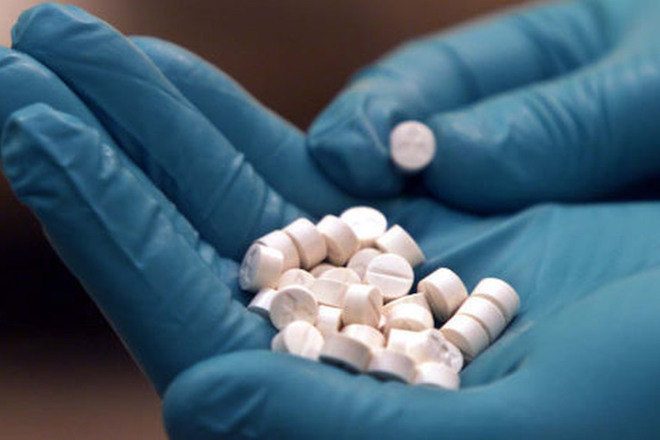 The strongest ecstasy pills ever found in the UK have emerged at an unidentified Manchester nightclub, Vice have reported.

The 'blue punisher’ pill, a common shape used across the country, weighed in at a whopping 477mg - around triple or quadruple the strength of a normal pill.

MANDRAKE drug analysis lab at Manchester Metropolitan University tested the pills after they were found at a club in the city, concluding their dosage as the strongest ever found in the country. The record-breaking tabs weighed 650mg in total.

Read this next: A student imported €10,000 worth of ecstasy after watching a YouTube tutorial

Fears are now mounting over their danger to club-goers in the north of England, with warnings from Fiona Measham, director of drug safety organisation The Loop, stating: “It’s likely to be amongst the highest in the world.”

The blue punisher pill was found in a batch of super-strength pills ranging from 397mg to 477mg in MDMA content. The tabs were seized by security at an unidentified Manchester club.

Measham also suggests that the pill might have been made by mistake, likely by a ‘junior’. “I’d guess it’s more likely to be a cock-up than intentional.

“Maybe the boss went out to lunch and the junior was left in charge of the [pill] press and got the consistency wrong. The variations in width [of this batch] suggest the inconsistency of amateur pressing,” she said.

The average MDMA dosage of an adult is around 150mg to 200mg. Reagent Tests UK drug analyst, Guy Jones, said on the high-strength pills: “This is a new world record.

“Impossible to rule out that a stronger one has ever been made, but the number of pills over 400mg with a public test result could be counted on one hand.”