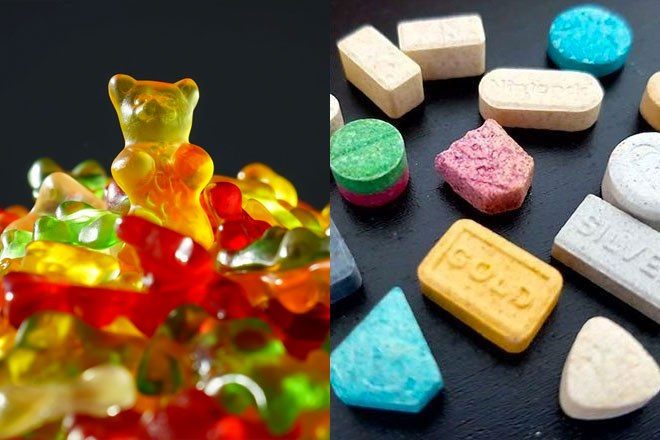 French police are proper gutted to find out that a £1 million ecstasy bust is actually a load of Haribo.

Cops in Paris boasted on social media about a "fruitful investigation" and that they'd found a "large quantity of drugs to be sold at secret parties."

But tests revealed that capsules full of pink "MDMA" powder was actually a load of crushed up Tagada sweets, the strawberry-flavoured treats made by Haribo and named after a popular fairground ride.

The gendarmes were certainly put in a spin when they found out the "pills" were fake, especially after they'd posted an image of baggies stuffed full of bright pink disco biscuits.

Food-related shipments aren't always a dud – remember that time €15 million-worth of cocaine turned up in Aldi?

Read this next: New research shows MDMA can be comedown-free