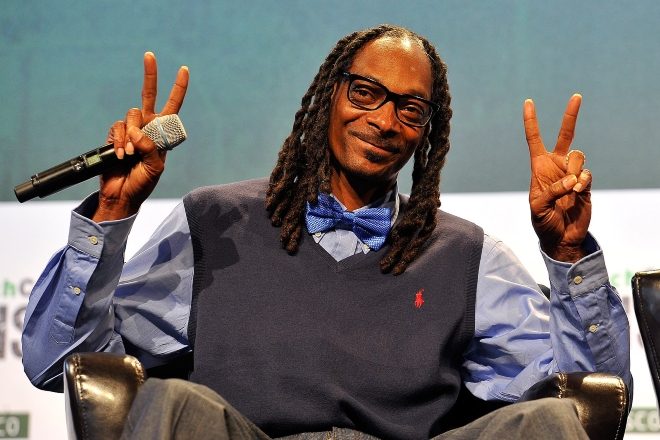 Mustard sales are soon to go through the roof!

Snoop Dogg has filed a trademark for ‘Snoop Doggs’ to launch his very own hot dog company.

Billboard reported that the rapper’s lawyers had filed an intent-to-use application for the name at the federal US Patent and Trademark Office earlier this week.

Snoop is allegedly intending to use the name for a brand selling hot dogs and other types of sausages. His lawyer filed the patent last month.

Read this next: Dr. Dre is making music for the next GTA game, according to Snoop Dogg

In 2016, Snoop appeared on Jimmy Kimmel Live where he told the host “I ain’t ever eating a mother fucking hot dog again” after finding out how the popular wiener is made. “If that’s how they make hot dogs, I don’t want one. I’m good,” he joked.

Six years later, it looks as though the rapper has re-discovered his love for hot dogs as he launches his next venture into the confectionary world.

The rapper already has his hands in with other foodie endeavours including his own gin brand, Indoggo Gin, which launched at the end of 2020. Shortly before that, the rapper curated his own cookbook named From Crook to Cook.

“Welcome to tha Boss Dogg's Kitchen. The first cookbook and recipe book from Tha Dogg, From Crook to Cook,” read the cookbook’s blurb.

In 2011, Snoop Dogg filed a similar patent for the name ‘Snoop Scoops’ with the intention to use it for an ice cream company. As the puns continued, the rapper also launched his own cannabis company in 2015 under the name ‘Leafs By Snoop’.

Snoop Dogg is set to perform at the Super Bowl halftime event next month on February 13. The rapper will be joined by Eminem, Dr Dre, Kendrick Lamar and Mary J. Blige.