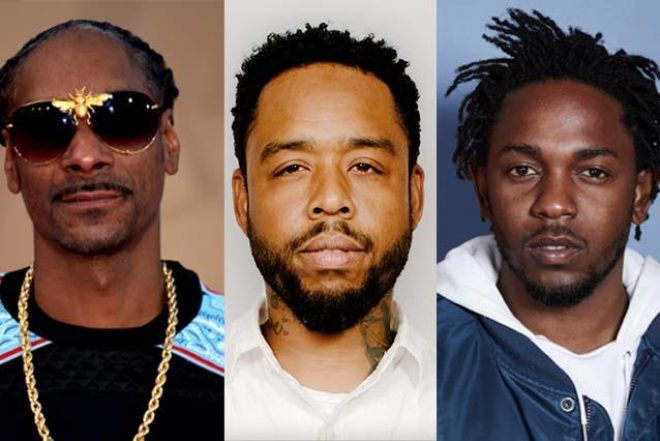 The title track brings together all five artists as they join forces on ‘Drones’, a catchy, soulful, jazz-infused track that Terrace describes as “a statement that we are all one and we are all even robots as one.”

In an interview with Stereogum, Terrace spoke about how the record came to be, and how he landed a track with Snoop and Kendrick. “I came across little ideas that I felt could probably be something. So I called Kendrick and was like, ‘Yo, where you at, man?’ And he said, ‘I’m at this spot in Santa Monica’, so I came by the studio and we just caught up,” he said.

Kendrick’s idea for the record came from a conversation with Terrace with no eye contact, according to the jazz musician.

“We’re like fuckin’ robots, man. And it’s not just us. Everybody always says the younger generation is so on the phone, but naw, everybody is addicted to the phone. Everybody,” Kendrick told Terrace.

Read this next: Dr. Dre is making music for the next GTA game, according to Snoop Dogg

Snoop and Kendrick are both set to perform at next year’s Super Bowl, along with Eminem, Jay-Z, and Mary J. Blige.