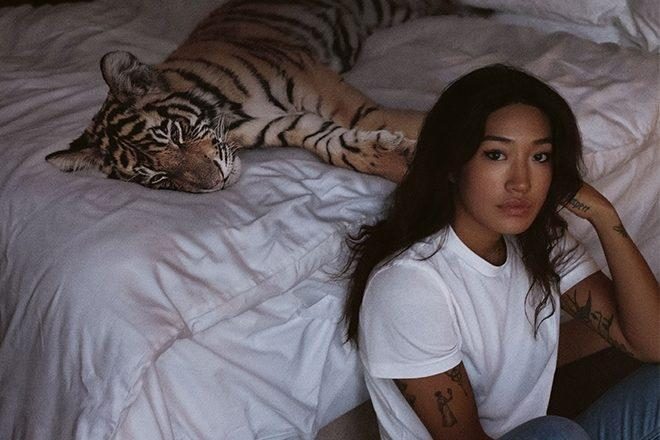 To mark the arrival of her new DJ-Kicks compilation, famous South Korean DJ-producer Peggy Gou sat down with bass house expert Anna Lunoe on her Dance Chart show on Apple Music Beats 1 to check in and discuss the new mix album.

During their candid discussion, Gou outlines her goals for next year and newfound musical ambitions, telling Lunoe that she wants to prepare a new album for next year. "I'm aiming 2020 but I'm actually touring more than I wanted to, so I do need to slow down," says Gou.

The Seoul artist candidly admits that she still has much to learn, telling Lunoe that despite all her experience behind the decks, getting up on stage can still be a nerve-wracking experience. "I'm still learning. I still get nervous before every gig," declares Gou. "My aim is not to lose this feeling because it means I care. As soon as I lose that, it would mean I don’t care so much anymore, and I don't like that. And that’s the moment that I will find something else to do… that makes me feel the same butterfly."

Selected to create the 69th installment of !K7 lauded DJ-Kicks series, which Peggy Gou has referred to as "the premier class of DJ mixes," she goes into detail about how much the album means to her and how she went about collecting tracks for the album. “I think having a DJ-Kicks is like the master mix for a DJ," says Gou. "For this mix, I wanted to create something special. So I reached out to some of my favorite producers to ask if they have some exclusive tracks, and I also wanted this mix to be a little journey, also combining with some club music and some dance music, but also I wanted to include music that inspires me that has nothing to do with dance music. So it was challenging for me, but I must say, I’m quite proud of my mix and artists that I got involved in this mix.”

Peggy Gou's DJ-Kicks, which dropped today, showcases material that has been extremely formative to her during her career - touching on a variety of house, disco, electro and techno sounds that jump between 90 and 150 BPM.

Some of the artists featured on the upcoming mix album include tracks by major influences like Aphex Twin, Andrew Weatherall, Kode9, Spacetime Continuum and Pearson Sound.

Listen to Peggy Gou's DJ-Kicks below.

The Cover Mix: Peggy Gou
Peggy Gou picks her 'Moment' with EP on her new label
Peggy Gou on sexism in music: "The best revenge is just me doing well"