She’s the giraffe-loving Korean DJ and producer who’s faced down misogyny, won over her traditional family and become one of the best-loved new stars in dance music. Welcome to the age of Gou-mania.

Peggy Gou is everywhere right now. She's a touring selector that plays in every corner of the world, she's a highly-regarded, fresher than fresh producer who's just dropped a stellar EP via Ninja tune and and her Instagram shows off a keen eye for style and fashion.

For someone who's been breaking through over the last two or three years, Peggy seems to have this game on lock. Our Mixmag Live party with Peggy will take place at Village Underground in London on April 6 but before we let our excitement get the better of us, it's time to get her hotly anticipated Cover Mix on the stereo.

Anyone who's seen Peggy in action, knows that she's not a DJ who's bound by genre, style or tempo. Her sets always include an eclectic blend of house, techno, disco and acid and her mix for us is no different.

Tracks from Dorisburg, Magic Mountain High and Deniro provide menace, drive and pace in equal measures and some unreleased gold from Gou herself make this one of our favourite mixes this year.

Listen to Peggy's exclusive cover mix and check out her track-by-track below. Read the cover feature here 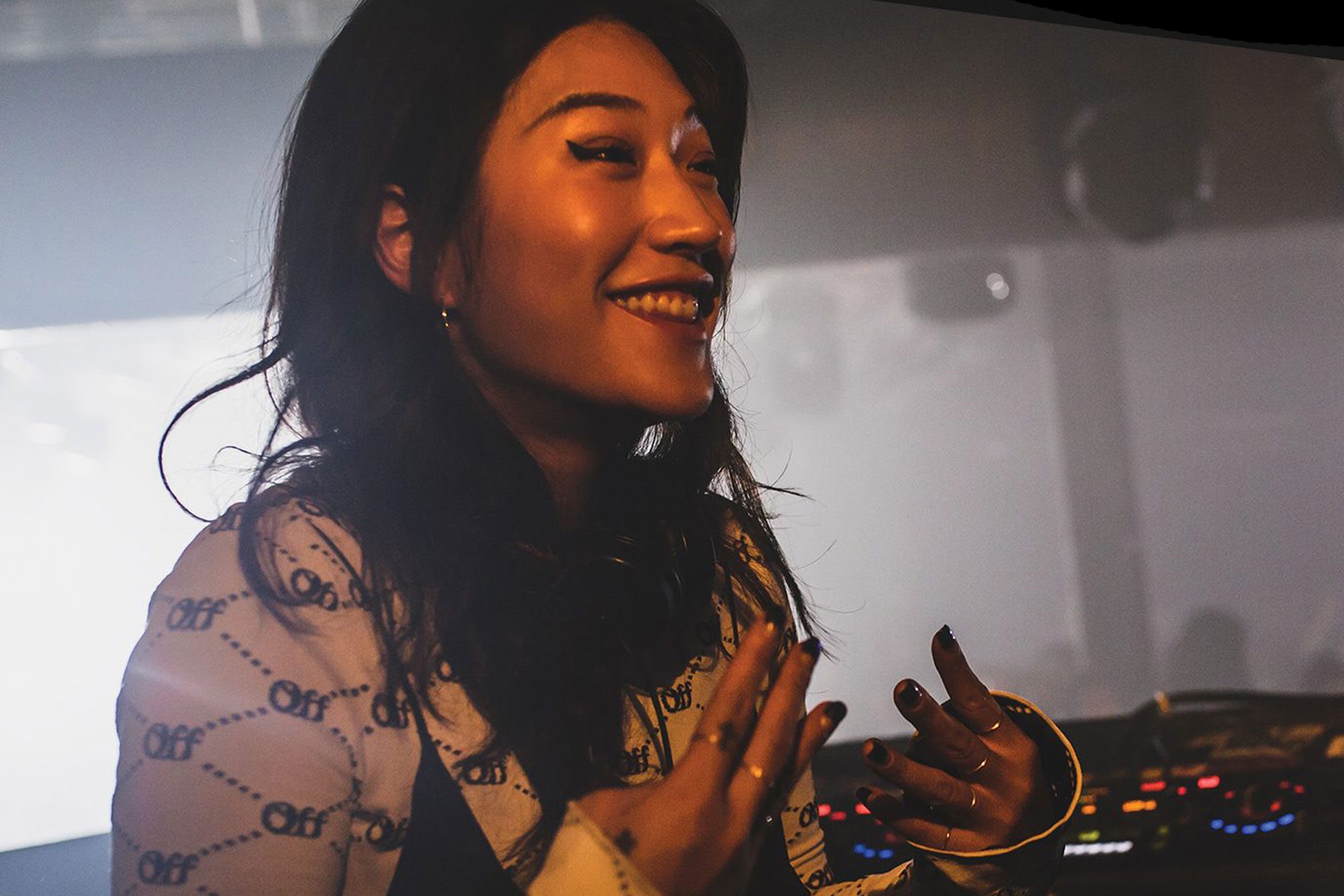 “Henrik was one of first DJs I booked to play in Seoul with me after I listened to his record on Aniara Recordings at Phonica. He sent me this
EP last year”

“If you’ve noticed, a lot of my mixes include tracks from Dorisburg. I’m a big fan of this guy and his live sets also blow me away. I love the dark synth sound of this one”

“This isn’t out yet, but Arkajo always sends me his new productions and I think this remix is really dope. It’s really different to his
other stuff”

“I got an offer to be part of the UN’s #heforshe campaign and I’m doing a charity gig with Jackmaster soon to support it. They’re releasing an exclusive vinyl for the event with this track on one side and Juju & Jordash on the other side”

“What an amazing producer this guy is. I happened to listen to this a few months ago on a Dekmantel compilation and I thought it could bring a different mood to my mix”

“A great project from Juju & Jordash and Move D. What a team. Seven minutes of magic and I can’t stop nodding along”

“This track is also from one of the Dekmantel compilations. I love the strong kick and rim sounds! A great dancefloor track, for sure”

“I’m a big fan of DVS1 and probably have every track by him. I landed a slot playing right before him at Lovefest in Serbia and I was a bit nervous, to be honest. There’s something about his production that makes you want to close your eyes and just dance. Trippy, too”

“Or:la sent me various tracks on her Deep Sea Frequency label and this caught my attention straight away. I love the electro beat and great bassline. I’d be interested to hear other stuff from him”

“Another great producer on a great label! Some strong acid and bassline sounds. I really like most of his tracks”

“I don’t remember how this track ended up on my laptop, but I was playing tunes on shuffle and this came on. I was like, ‘Ah, cool! I totally forgot I had this!’”

“An unreleased secret project that I can’t say much about, but it’s a dope track”

“A great Italian duo! I met one of the guys, Giuseppe, in Milan when I played there for the first time. As soon as he sent me Hiver’s music I totally loved it, and I’ve been supporting it for a while.”

“‘Han jan’ means one shot, as in drink shot, in Korean – but it also means something else to me as one of my best friends name is Jan. I took a lot of influence from DMX Krew before I made this track. I wrote the lyrics in Korean, but it’s just about drinks”