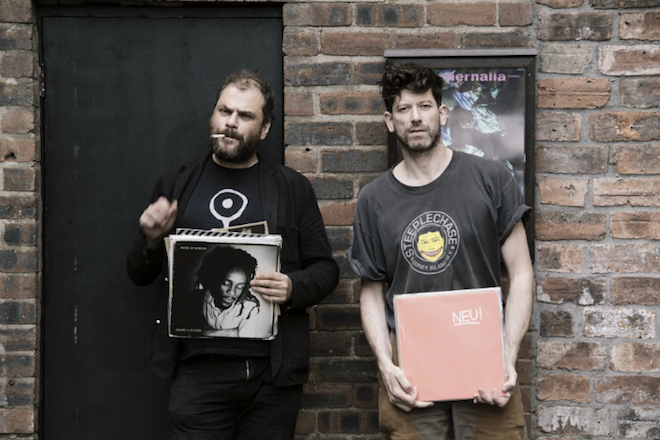 Scottish duo Optimo have revealed in a statement that they paused the music during their set at Playground Festival as an act of retaliation toward festival organisers over an alleged pay dispute.

The famed Glasgow DJs claim that Playground Festival bosses refused to pay artists and "verbally abused them" and "reduced them to tears".

They called the experience “horrible” and “traumatic”.

Optimo performed at the festival over the weekend, but many noticed that their set was cut short after 15 minutes.

Read this next: All my friends: Optimo celebrated their 20th anniversary in style

Onstage, there were some discussions before the music resumed.

They claim that they threatened to pull the plug before their fee was forthcoming.

Read this next: Only 21% of artists at this year's biggest UK festivals are female

In a statement on their social media channels, Optimo explained that "the organisers of this festival are amongst the worst individuals we have ever had to deal with in three decades of performing. They appear to treat local artists like shit".

Optimo explained that they did not want to let down the crowd, many of whom are home supporters and people that they personally knew.

"After yet more lies and bullshit, the only power we felt we had left was to stop the music," they explained. "It was a horrible, traumatic experience..."

In the same statement where they criticised organisers and called them out for the alleged failure to comply with payment agreements, the DJs also thanked the “fabulous audience”, tech crew and on ground team at the festival who they claimed were wonderful to work with.

“We’d like to stress that the crew, the tech people and the team running everything on the ground at the festival were wonderful, showing the best Glasgow has to offer.”

Chic, Culture Club and The Libertines were billed to play at the music festival which took place over the weekend at Rouken Glen Park, in East Renfrewshire.

Read this next: Nile Rodgers shares 'mesmerisation' with Liverpool canal on Instagram

In the statement, Optimo explained; "It particularly rankles that such a beautiful public park in Glasgow that belongs to all of us is given over to an organisation that operates like this.

"It is easy to think as individuals we are powerless, but as artists if we stand together and refuse to play for people who treat us with such contempt they cannot continue to get away with this abuse of power.

"As festival attendees, you have the powerful choice of deciding whether to give such organisations your money in the future.”

"We all deserve better," Optimo concludes with a call for unity.