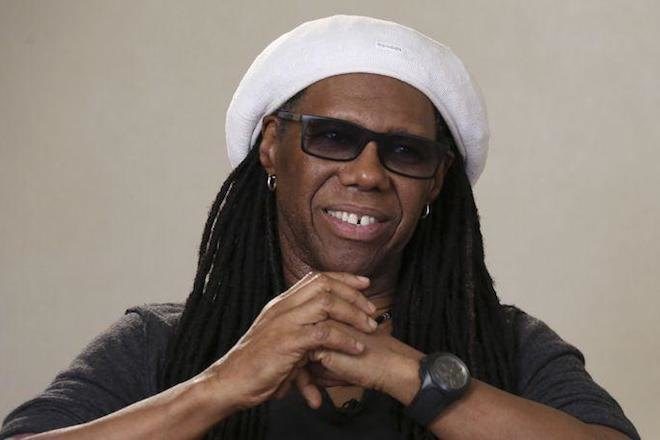 Nile Rodgers has shared his fascination with the canal system in Liverpool, in a video posted on his Instagram account yesterday.

The video was taken by the three-time Grammy winner himself as he appeared to be walking alone through the streets of Liverpool, which he captioned on his Instagram video as The Beatles’ hometown.

At first, the Chic frontman watches a large canal boat go through one of the lock gates as they open. He then watches the water level change through a lock chamber to allow the boat to move past a second lock and through the canal system.

Read this next: Massive Attack cancel a gig in Liverpool over venue holding an arms fair

The water is kept in a lock chamber. At each end of the lock chamber, there are usually gates that control the flow of water.

A gate is allowed to open when a vessel is at a lower point, allowing water to enter the lock and fill it with water. The vessel can resume its journey once the water level has reached the higher level.

This is the first time that the musician had ever witnessed a canal in action and notes that “there is a first time for everything, this is my first time seeking this”.

Read this next: Chic's Nile Rodgers: 'Black artists have to drive in one lane'

The volunteer who was opening the canal and changing the water levels in Nile’s video told the producer that the canal had been there since the 19th century and was deisnged in the late 18th century.

Nile exclaimed “I know we think the Internet is a big deal but this is pretty cool”.

People have commented friendly messages to Nile under his post, including one user saying “Liverpool is fab and so friendly, enjoy!” and another saying “Thank you for sharing this was so cool and peaceful”.