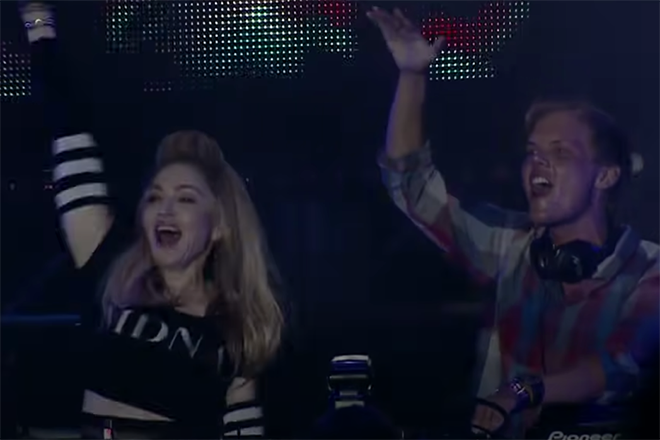 Madonna will be releasing a compilation of her classic tracks remixed by artists such as Avicii and Honey Dijon.

The compilation named 'Finally Enough Love' is to celebrate being the only artist to have ever reached 50 number one hits on the Billboard charts.

Artists such as Avicii, Above & Beyond, Eddie Amador, Axwell, Benny Benassi and Honey Dijon have their remixes featured.

Read this next: A new Avicii exhibition will open in Spring 2022

Avicii’s version of ‘Girls Gone Wild’ sits alongside other hits such as ‘Vogue’, ‘Like a Prayer’ and ‘Hung Up’.

Each remix has been selected by Madonna herself, and comes as either a 16-track edition and a 50-track deluxe edition.

This will be Madonna’s first project with Warner Music Group after last year’s agreement to see more albums from Madonna.

Read this next: Mike Posner reveals why he 'took a pill in Ibiza’

The 16-track album will be out on streaming services on June 24 and on August 19 both editions will be available for digital download as well as on vinyl and CD. Pre-order ‘Finally Enough Love: 50 Number Ones’ here.

Watch Madonna perform alongside Avicii at Ultra Music Festival in 2012 below.