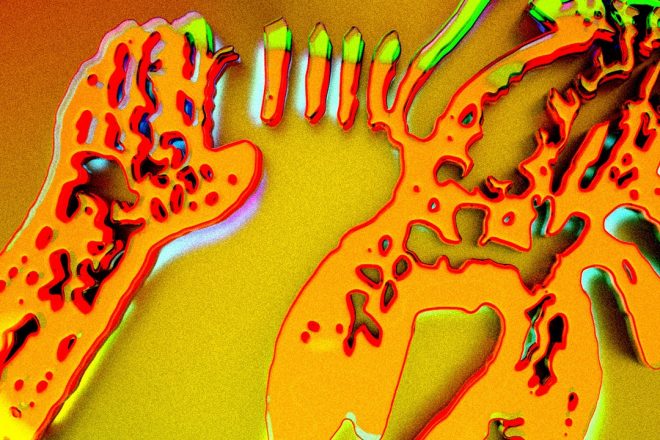 With a commitment to diversity, the brand new festival from Lobster Theremin - LOBSTERFEST - is set to go ahead this September with equal representation for all artists.

In its inaugural year, the new festival promises to host 50% female and non-binary artists, and 50% Black and POC artists.

Yesterday, LOBSTERFEST announced the line-up for the event which is due to go ahead on September 4 at The Cause in Tottenham.

Read this next: London is getting a new five-stage festival, LOBSTERFEST

The festival will this year welcome the likes of Coco Bryce, Interplanetary Criminal, Bklava, Tim Reaper, Route 8, Mama Snake, Jyoty, and more to the stage.

Across five stages and sound systems, LOBSTERFEST will take place as both an indoor and open-air event at the London venue, featuring an expansive list of artists from the Lobster Theremin roster.

“LOBSTERFEST IS GO! Our full 50 artist line-up is announced. Taking over five spaces across the full site of The Cause in North London. Inside and outside, all day into night,” the label announced yesterday.

The festival takes up an ethos similar to Sónar, Parklife, and Primavera Sound, putting forward a much-needed gender re-balance across festivals in Europe. Research has found that across this year’s festival circuit, only 21% of artists at major UK festivals are female.

Read this next: 20 of the best Lobster Theremin tracks

The disappointing statistic was revealed in a study, which also showed that despite some festivals attempting to reach a 50/50 split in 2020, they failed to achieve anything similar this year. Glastonbury was able to have an equal gender balance last year, which dropped to just 38% female artists in 2021.

Check out the full line-up below, and find tickets here. 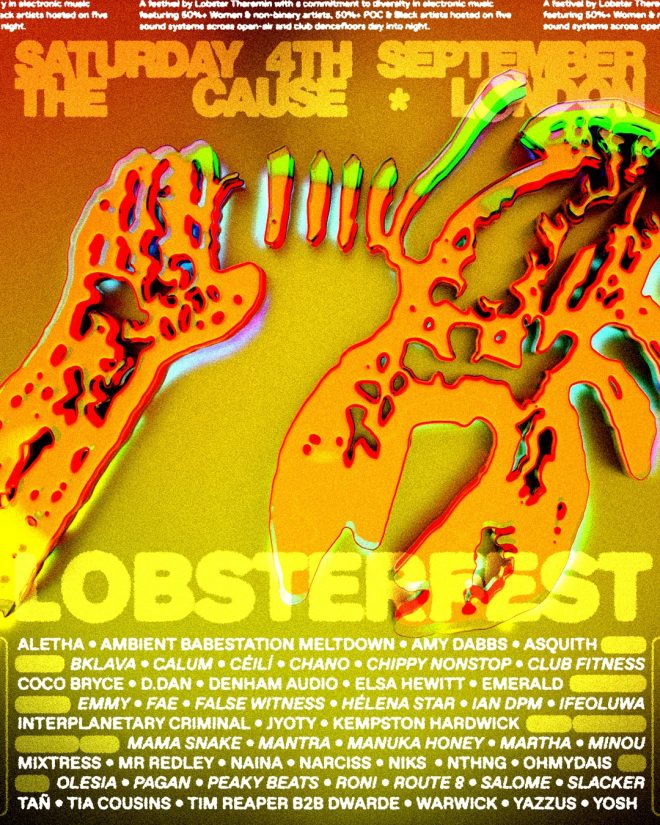