Beyoncé doesn’t do anything by halves: but when your other half is hip hop entrepreneur and rap icon Jay-Z, that’s also not really an option. As a global superstar, she snaps, pops and crackles the airwaves like no-one else in the musical hemisphere: despite her stature and slew of worldwide hits, Rihanna doesn’t really come close in this department. It’s unlikely that Beyoncé will be joining the female cast of the next Oceans 8 movie for example: as the ice-cool Caribbean family interludes throughout the show attest, she’s more interested in part ownership of the actual ocean. And as an artist, she’s also one of one. As an exercise in branding, marketing and sheer musical clout, On The Run II delivers in (Ace of) Spades.

Continuing on a marketing tip, what’s interesting is that neither B nor her husband’s name are anywhere to be seen on either the posters or the promo artwork: what you get is not Beyoncé supported by Jay-Z but the implicit suggestion that The Carters have equal billing here. And yes, Jay-Z really does know how to command the stage (‘Dirt Of Your Shoulder’, ’99 Problems’ and ‘Niggas In Paris’ all deliver), but as the screaming pack of teenage girls behind me will attest, they’re really here to support Queen B. As his recent US shows have shown, Sean Carter is not selling out arenas supporting ‘4:44’ like he used to: however, as hip hop’s ultimate power couple, the resulting live show is pure dynamite.

Opening with ‘Holy Grail’ and Part II (On The Run) and ’03 Bonnie And Clyde (still one their most incisive cuts to date), they then duet again on her eponymous fifth album highlight ‘Drunk In Love’, weaving their lines together with pitch-perfect skill and dexterity. And that’s really why this show works: because whatever you think of the Carters or the way they create/promote their music (not to mention their muses), there’s not one point in the entire 2 hour, 34-song show that feels forced. 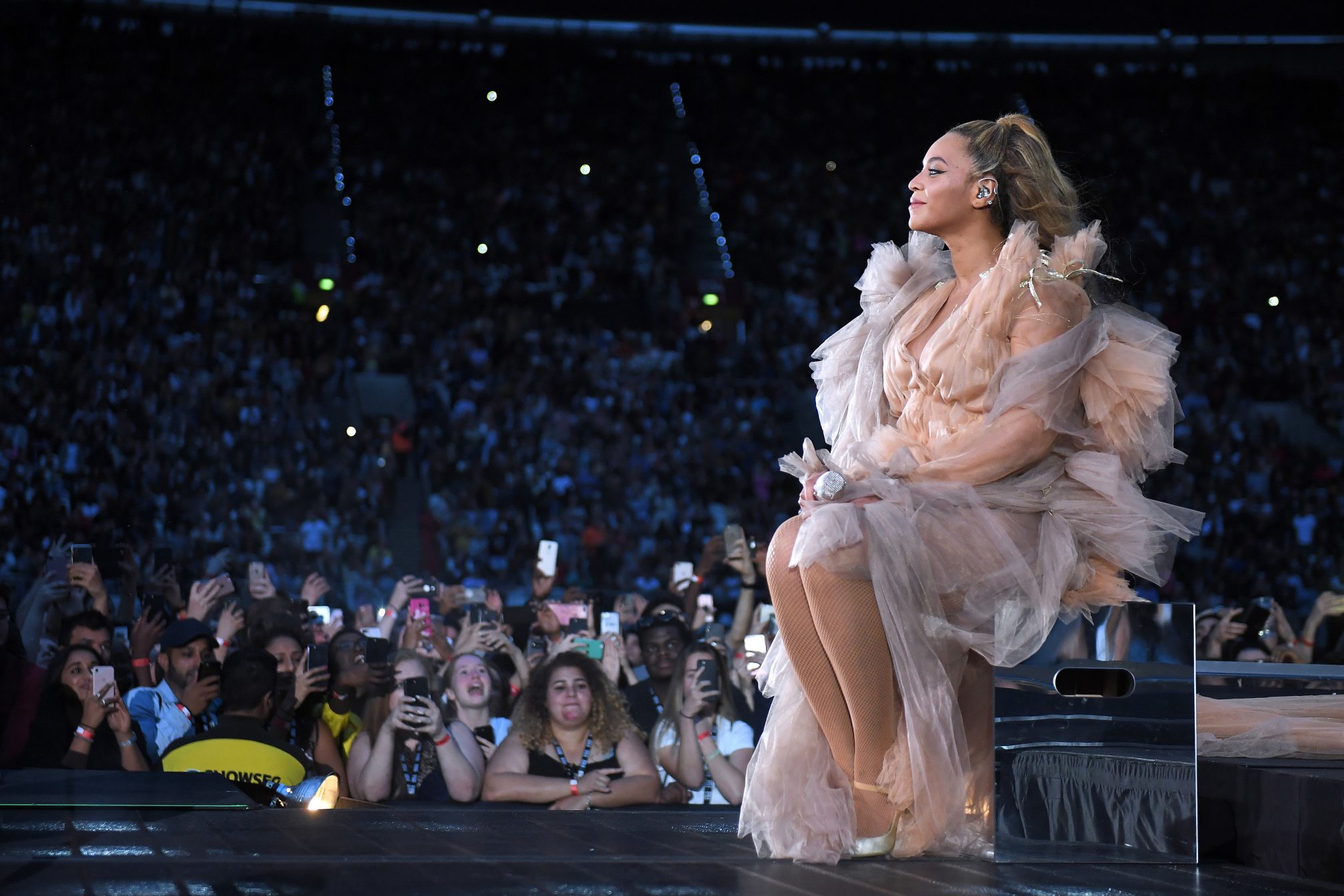 From the choreography and the couture to the sheer world-class act is Beyoncé at her best (see ‘Upgrade U’ and especially ‘Formation’, where again the deliriously hyper-ventilating girls sat behind knew every single line and intonation), if Tina Turner was the template she’s now running very close to MJ level.

But let’s not take away from what Shawn Carter brings to the table. As we write this review, the pair’s joint album ‘EVERYTHING IS LOVE’ has surprise dropped and is a reminder of how potent these players can be, but none of these songs are in either of this weekend’s shows, where Jay-Z opens proceedings and the pair close with a cover of Alphaville’s synth-pop classic ‘Forever Young’.

As if you needed reminding that in these two are a class act, at the close of the show, they pay their respects to Grenfell, both wearing green heart-shaped pins in support of the Grenfell Speaks campaign. Before that, a triple-pronged closing salvo takes in ‘Show Me What You Got’/’Crazy In Love’, a blistering Bobby Byrd-sampling ‘U Don’t Know’ from ‘The Blueprint’ and that aforementioned ‘Young Forever/Perfect’ duet to send everyone home with a smile on their face. From the sides to the back and everywhere in between, this was a five star stadium-slaying smash. Haters be damned.